Dance like no one’s watching in Introverted Boss teaser 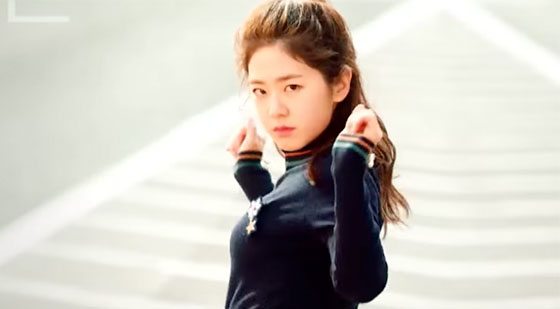 It looks like January will be a month full of office romance, with tvN’s Introverted Boss, KBS’s Chief Kim, and SBS’s Defendant all premiering within weeks of each other. Promo rounds for Introverted Boss have already started: Two teasers were recently released, giving us a short glimpse of what to expect. The drama is all about opposites attracting, when one boundlessly gregarious girl enters the PR company of one painfully shy department head, and turns his orderly world and hermit-like lifestyle upside-down.

In the workplace rom-com, Yeon Woo-jin (Divorce Lawyer in Love) stars as the titular introverted boss, who is so timid that he doesn’t even show himself in his own character-describing teaser. Instead in the background, he just explains his natural inclinations toward solitude, while the heroine frustratedly tells him to come out of hiding. Whereas in her teaser, Park Hye-soo (Age of Youth, Yong-pal), who plays Yeon Woo-jin’s outgoing new employee-cum-love-interest, dances unabashedly in the crowded streets of Gangnam. Yeon Woo-jin’s voiceover in her teaser dreads her arrival.

Yoon Park (Age of Youth), who plays the warm, sensitive co-boss of the PR firm, and Secret’s Jeon Hyo-sung (Wanted), who plays the self-sacrificing PR firm secretary, complete the rest of the love square. The one person I’m counting on to be the comedic highlight of this show, Yeh Ji-won (This Week, My Wife Will Have an Affair), will be playing a working supermom who also loves to spread her maternal care to her co-workers like a mother goose.

After reviewing the plot scenario, I had a strong deja vu moment. Doesn’t this remind anyone else of tvN’s other introvert-meets-extrovert winter drama Flower Boy Next Door? If it is anything like that, I’m sure we’re in for lots of warm fuzzy feelings and over-the-top cute aegyo moments. Introverted Boss begins on January 16 of next year. 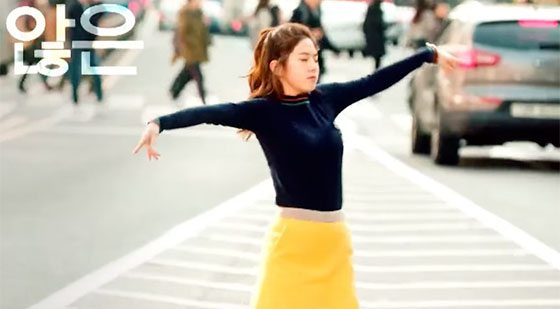 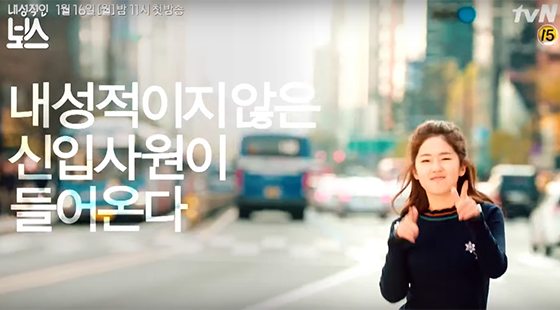 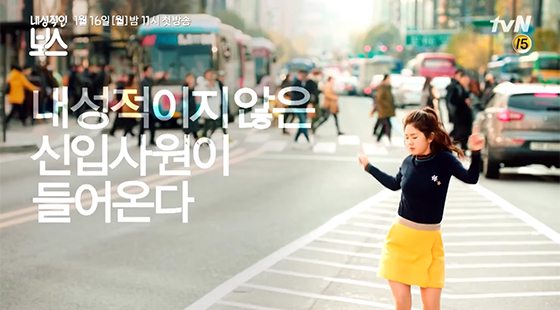 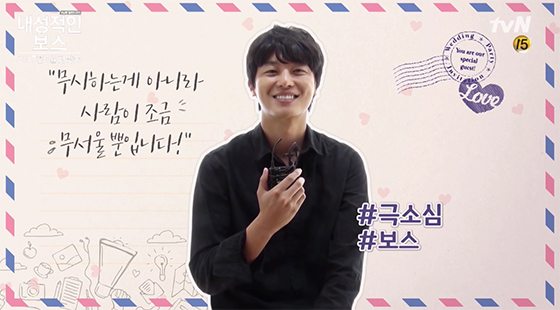 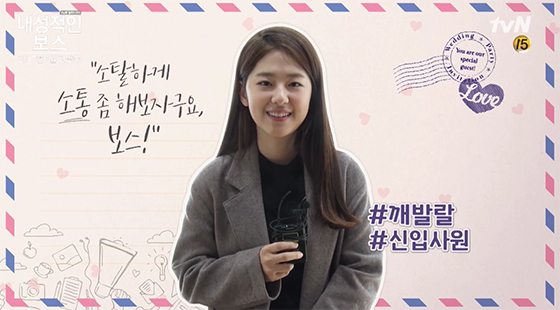 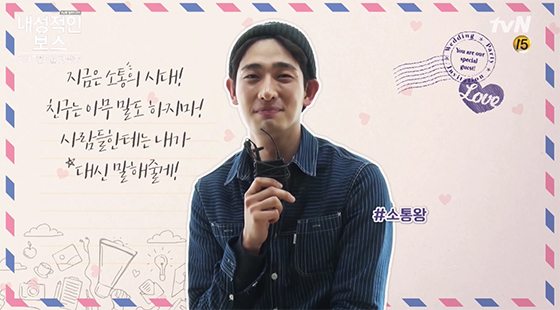 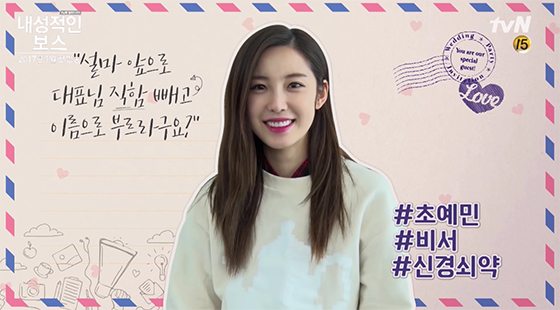 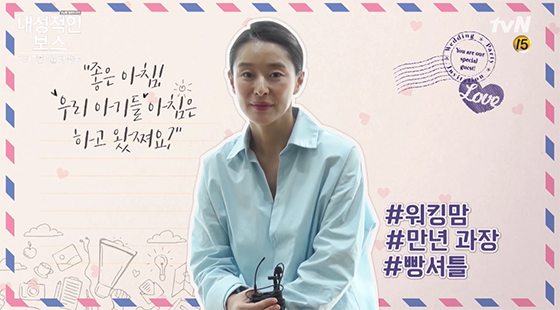 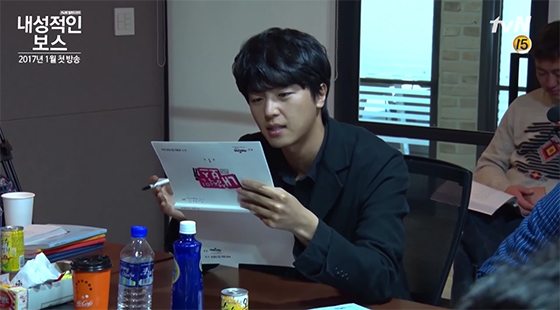 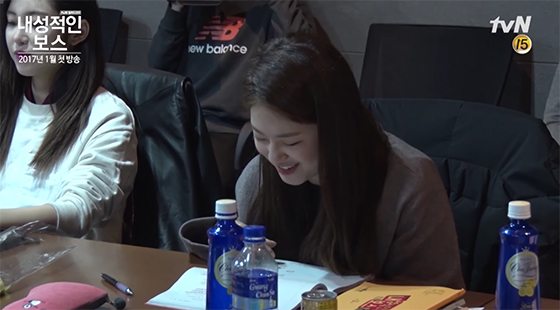 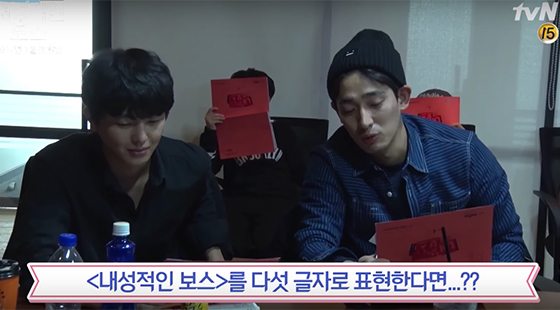 What a group of cuties!

Gong Seungyeon is not the 2nd female lead?

She's channeling Song sunbae in that dance. Ji Won would be proud.

Hahaha! I came to say the same!

I loved her so much in Age of Youth! I'm even rewatching the drama now, on Netflix!

Her relationship with the sunbae was the cutest and that kissing scene on the bench makes my heart skip a beat every time I watch.

Looking forward for this one.

same her relationship with sunbae was my favourite in the drama

I thought gongseungyeon is the second lead..thats so sad.
Anyways theres no such thing as small or big role in a good actress :)
I'll definitely watch this drama!

Gong Seung-yeon is still in the drama, but her character is Yeon Woo-jin's sister, not his other potential love interest.

Ohh although it means her screen times probably getting lesser, maybe it is better rather than involve in a love triangle. I hope her role is good regardless small or big role.

This gon' be gud~~~ huehuehuehue
Just like new year's present...
YWJ + Marriage Not Dating Team + tvN is not a thing that you will reject... and i like GSY too.. she is suuuuuupeeerrr pretty what a please to eyes. Well whoever the main female lead i think it's going to be cute? Hehehehehehehehe

I still can't get over how much Park Hye Soo looks like Park Bo Young, esp with the angles in some of these stills.

I thought I was the only one who notice the resemblance, hee.

She is like a combination of Park No Young and Baek Jin Hee in my eyes lol.

Oh, it was a teaser for a drama? I saw it after Goblin ep4 ended! but I thought it was a CF and I was happy for her that she managed to get one!
Now I know it's a drama teaser... I don't know what's supposed to mean? haha

i have the biggest girl crush on park hye soo and im so so excited for this show i squealed while watching her teaser, i don't doubt that its not going to be good. Can't wait for January!

Side note: is Gong Seung Yeon not in this anymore? bummer :(

Wow, Park Hye Soo's really moving up in the acting world. I feel like it was just yesterday when I saw her in Kpopstar. I actually commented when she got eliminated that she should go into acting because she was really pretty.

And Yeon Woo Jin's hair is so shiiiiny, wow. I love it.

I was looking forward to Gong Seung Yeon's role.
Too bad she dropped out T.T
Anyways the drama looks promising and I'll check it out

The actress dancing isnt she looking like a younger miss temper??? ...

I'll have to wait and watch this drama to be sure, but the promos make it sound like Introverts are people that need to be fixed. And they need Extroverts to do this Personality Fix for them. Really, I have nothing against the cliche bubbly girl, serious boy stories but it's false that to be happy or to have fun you should be loud and outgoing all the time. There's a difference between introverted and just shy. I hope the show also focusses on the the thoughtful side of the boss.

I knew she was gonna make it after Age of Youth, she's a natural. Now waiting for Ryu Hwa Young

Yeon Woo-jin looks supercute and superadorable and kinda reminds me of a tsundere??? And Park Hye-soo is bringing in a lot of charm too!!! So psyched to see this show!

Park Hye Soo, only a few years ago she auditioned for K-pop Star 4, not even getting casted but now.... amazing! :D

I am looking forward to this drama because gong seung yeon is one of the cast. I thought she is the second leadbut its not, it makes me sad. Anyway, still gonna watch this drama as long as I can see her. And I hope it will be successful drama for the whole casts!!!! ????

But is Yoon Park gonna play the love interest of Park Hye-soo for sure? I would not able to watch that because of Jin Muyng!!

It's like Protect The Boss for me, even the hairstyle of lead actres