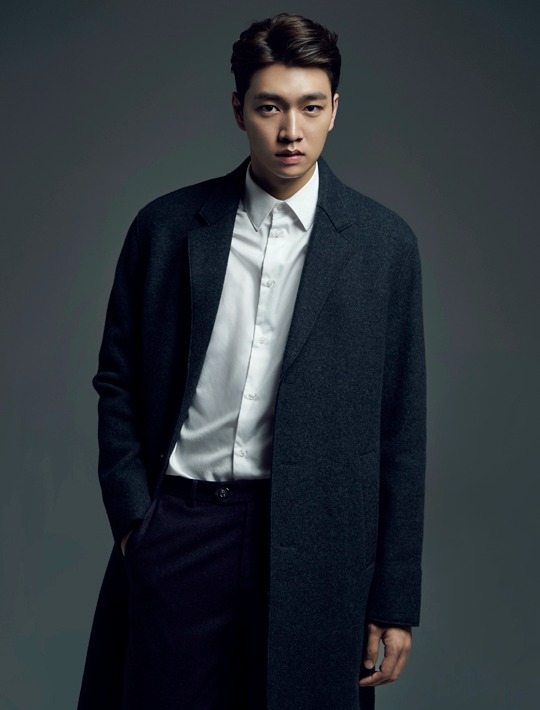 I have a feeling this is just the beginning of a wave of casting stories we’ll be seeing for the young stars of JTBC’s thoughtful mystery Solomon’s Perjury. The show might be a ratings underdog, but it really made the right move in casting young unknowns who get to showcase their acting chops in a really meaty story. Among them is bad boy Baek Chul-min, who’s already been cast in his next drama—KBS’s Andante, the new coming-of-age series starring EXO’s Kai (Choco Bank) and child actress Jung Da-bin (Flower in Prison).

The new youth drama is about a city boy who moves to a small town—not exactly a high-concept premise, but I can see slice-of-life potential in there, especially in a high school story. EXO’s Kai stars as an 18-year-old city boy who one day finds himself having to move to a small rural town where his father’s side of the family lives. Baek Chul-min plays the popular boy at the small-town high school, a cheerful student who is loved by all the teachers and students, and dreams of becoming a doctor one day. The two boys will be friends when Kai transfers there.

Right now I can’t picture this at all, because Baek Chul-min is playing a tyrant bully with a short fuse and a possible murder rap in Solomon’s Perjury. He’s doing a great job of making that violent tormenter character frighteningly amoral one day, then suddenly sympathetic the next (it’s fascinating, the way we’re meant to change our minds about his guilt or innocence like every twenty minutes), so I’m pretty sure in his next drama I’m going to be worried about his secret dark side the whole time. But maybe this drama has bigger worries, like Kai taking the lead role in his first full-length drama.

Andante comes from writers Park Sun-ja and Kwon Ki-kyung of the youth series Sharp and PD Park Ki-ho of Ad Genius Lee Tae-baek, and is being planned for a broadcast later this year on KBS.

oh no... He is the only one I do not like in Solomon's Perjury. He is so lame compared to his Japanese counterpart.

I don't like him in this too. He too old with other actors

He's the same age as the guy who plays Jihoon though

He is not bad but Hiroya Shimizu is on another level.He was brilliant in everything i saw him (The World of Kanako&Chihayafuru)

really? I think the character in the Korean version is anything but lame. I mean it's obvious that the Korean version, being a drama and all compared to a movie, decided to take the Oide character in a slightly different direction and definitely gave him more background compared to Oide's character. Choi Woo Hyuk is definitely written out to be a hated character, but I think the actor does a good job playing out the violent, but lonely nature that the Korean writers wrote out for the character.

imo the Korean version might be following the same plot points as the Japanese original, but the characters are definitely written out much differently to be really compared.

"I’m pretty sure in his next drama I’m going to be worried about his secret dark side the whole time. But maybe this drama has bigger worries, like Kai taking the lead role in his first full-length drama."

I laughed entirely too hard for someone swallowing coffee, with predictable results: another white shirt for the rag bin. Thanks!

SAME!!! That line about Kai is hilarious

I'm looking forward to this drama. For me, this actor is doing a fine job is SP. I agree with girlfriday! Also, does anyone else think he resembles Lee Min Ho? I keep wondering if it's just me. Anyway, being handsome in kdramaland doesn't hurt a thing. I don't know if Kai can act. I don't mean I'm pessimistic, only that it's yet to be seen. What else was that young girl in? I know I've seen her, but never seen Flower in Prison. I tend to like youth dramas, not all, but many. Can't wait!

Yes! I thought he looked like a younger version of Lee Min Ho hahahah. I recognise Jung Da Bin as the young Hye Jin/Hye Jin's sister in She Was Pretty.

I also think he resembles Lee Min Ho every time I seen him on screen. But Lee min Ho is more handsome version.

To me, in this photo he looks a lot like Rain

It is not in any way related to this article, but I just wanted to share this somehow.
Rain and Kim tae hee are getting married. It is not a rumour, right??

I kńow, I thought an exception might be made for a gossip post about it because it is, after all, Rain wedding gossip! My first thought, awwwwwww ❤. My second thought, do you think the Korean government begged them to do it now as a distraction? Again I ask, does thinking this mean I've seen too many dramas?

Yes, it's really happening. You could check out Rain's instagram, he just posted a handwritten letter of him telling everyone that they're planning a wedding in February.

Yesss Yess just saw it...hope DB will upload a special article abt it..so that I cud read beanies comments...its so sad that I can barely contain my excitement but can't share it with anybody. Because none of my friends knows him.

Weddings are mentioned in News Bites without being gossipy.

Ooohhhh..... Choi woohyeok
I like all cast of solomon's perjury, maybe except Lee joori. And hope to see them more in dramaland.
I just watch introverted boss and thinking he looks like Yoon park (?)

Became a fan of his after watching Matching Boys Archery. He did a good job portraying dangerous (b)romance! I could see him doing well in this sort of drama.

Lol omg just found out Seo Ji Hoon I said in Solomon's Perjury too! I didn't realize it was a reunion for the two of them. Though they don't have scenes together really. To think that in another universe in a different incarnation Woohyuk and Joonyoung are cute archery loving besties.

I'm only one episode in to S'sP and I know this guy will outshine Kaikai. Too bad. But on the positive side they can practice together and possibly by the end really impress. Bromance forever.