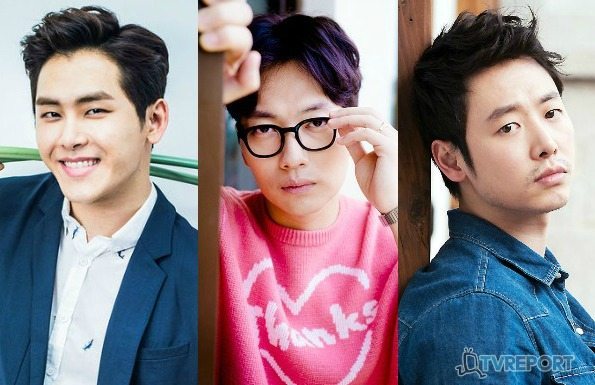 The supporting cast has been lined up for MBC’s new Wednesday-Thursday series Radiant Office, the workplace drama starring Go Ah-sung (Heard It Through the Grapevine) as a rookie employee who starts living her life completely differently the minute she’s given a terminal diagnosis. She’s a downtrodden young woman who’s so sick and tired of constantly failing job interviews that she tries to commit suicide one day, which is how she discovers that she might be terminal. She goes through a 180-degree transformation after that and gets hired at a new company as a temp. Ha Suk-jin (1% of Anything) co-stars as—what else—her prickly boss, an elite marketing director who studied abroad.

Kim Dong-wook (Riders: Catch Tomorrow) is the second son of the company’s CEO, a doctor who seems nice at times and cold at other times, because he doesn’t show his inner feelings. He’ll be a Daddy Long Legs second lead who looks after the heroine (I’m guessing it’s because he’ll know of her medical condition), and he’ll help her from the sidelines.

Lee Dong-hwi (Entourage) and Hoya (Mask) will play Go Ah-sung’s fellow rookie employees. Lee Dong-hwi plays a slacker who has the worst specs, but he’s a romanticist who believes that loves conquers all. He sees Go Ah-sung being strong despite her terminal diagnosis and wants to become her knight in shining armor. That’s cute. Hoya plays his opposite, a man with perfect specs from the best schools in Gangnam. But he hasn’t managed to turn those perfect specs into a shining career, and is under constant pressure from his family to succeed. 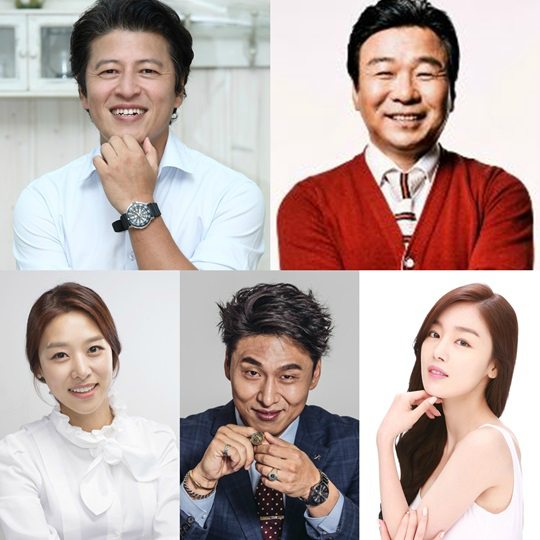 Kwon Hae-hyo (Jealousy Incarnate) plays an ambitious department head nicknamed “Dog Director.” He worked his way up from the bottom and is very savvy in company politics, and will constantly butt heads with Ha Suk-jin’s character. Kim Byung-choon (Woman With a Suitcase) plays a hapless chief who entered the company at the same time as Kwon Hae-hyo, but is stuck in his current rank. And Jang Shin-young (Twinkle Twinkle My Heart) plays a chief who’s known as the “Ice Witch” because she’s so exacting about the rules, but she’s a skilled manager and a hardworking mom.

Funnyman Oh Dae-hwan (Police Unit 38) plays an assistant manager, a sycophant who does more talking than working, and somehow gets by on flattering his superiors even when he passes off his work to other people. Han Sun-hwa (Rosy Lovers) rounds out the cast as an assistant manager in marketing, who uses aegyo to her advantage and acts weak and clueless around her male coworkers. Ugh, I dislike these last two vehemently already. But what’s an office drama without some hateful coworkers who deserve a righteous comeuppance? I think I’m going to enjoy it when the rookies come in and shake things up.

"Radiant Office" sounds like "Scent of a Woman" redux, but without Lee Dong-wook ?

Well, instead, we get KIM Dong-Wook! keke *ehem* I'll see myself out.

Oh Dae Hwan character sounds really funny, I giggleed when i read the description i love this actor, he's also one of the prisoners in Defendant.

Seems like office drama's are really in right now~

I know right! Am starting to get confused with all the workplace dramas pouring in. And they all sounds almost similar to each other - with office politics and all. How do you differentiate them?

And I miss weird fashions haha. All I see now are officewears. Can they at least make them in bright colours? Or weird enough so it would be remembered? ?

Office rom-com, mystery thrillers , time travelling to the future, now it's their trend :)

It may be because of the recent success of Misaeng and Signal? Clearly quality dramas that appeal to the masses - writers would be attracted.

You forgot Strong Woman as one of the recurring theme this year.

I wonder how do all these different stations plan on the year's trend that they ended up producing similar ones. Do they consult to the same fortune teller? Lol.

Anyhow, I hope next year's trend would be sequels; Signal, RDTK, Reply (too soon?).

weird workplace fashion? um... like the lady who hoards denim outfits and wears them all at the same time?

Or the guy in capri pants and flip flops? At least he was a cutie LOL

Can Ha Suk Jin be any more diverse in his roles?! *yawns

Still remember him with that name too, haha! Altho the his pic in this post is not a testament, he was quite cute in Shopping King Louis, in fact the description is kinda similar with his role here.

He was hilarious in Shopping King Louis that I forgot he is Scarface in Ahjussi and Asshat Tax Evader in Squad 38 (the name escaped me now). He's very convincing in all of his roles!

He is good in comedies. He's now in Defendant oo.

Definetly gonna watch this one!

I love office plots, so I really dig this.

I love Ha SukJin!! But I do hope to see him try a different role in the future. Love Go Ah Sung too.
And Hoya was so cute in Reply 97. I haven't seen him in any other dramas but I just like him. He always stood out to me in Infinite or even among other idols. He has a really strong stage presence and charisma. And his performance in that Hit the Stage dance show like wow I was really impressed xD him and his female dance partner had more chemistry than the two leads in many dramas i've seen haha
Anyway I love dramas about office workers because I am one myself lol so definitely gonna watch this. Please be good drama :D

Glad to see "My Chan" (Kim Dong-wook) is working more often these days.

(Greetings for all of you, my 1st message in this amazing "place"!)

Well, I was already keeping an eye on this but now that Hoya is finally cast in something, my Inspirit self has gotta watch and support!