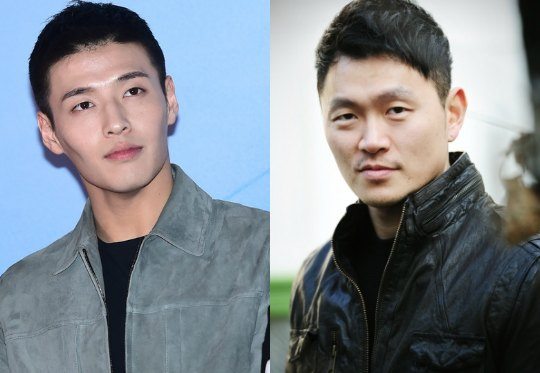 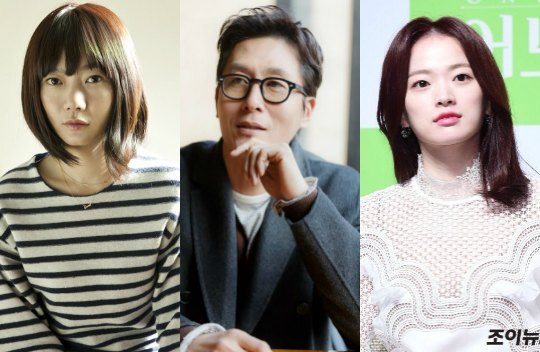 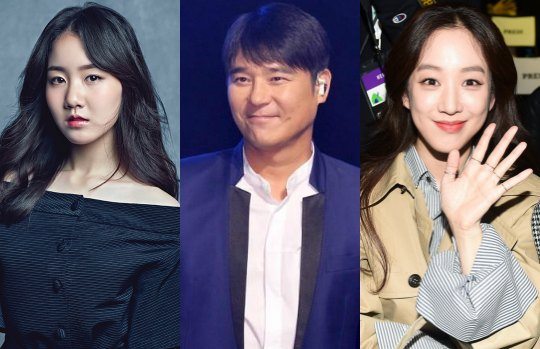 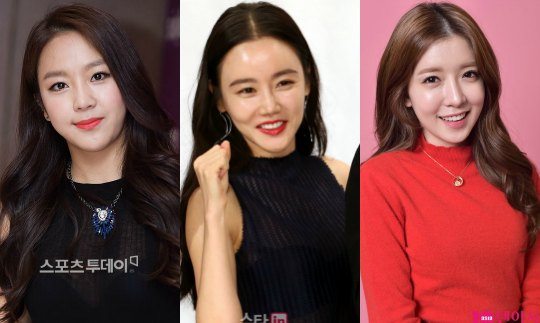 I almost could not recognize Haneul in the first picture. His cheek bones have become so evident.Even though I adore a well chiseled look but cant help and feel sad for him. It looks like he is starving!

Kang Ha Neul-ssi.... Why so skinny? I like squishy you T_T

On the topic of Kim Joo-hyuk, does anyone know what is happening to The Tooth and the Nail, the film based on Bill Ballinger's novel? As a fan of director Jung Sik, I have been waiting for the film's release for ages, but if Google Translate is anything to go by, it has been taken out of Jung's hands and given to Kim Hwi (The Neighbours, Horror Stories 2, The Chosen: Forbidden Cave -- none of which exactly inspire confidence), and most of it has been quite drastically changed. Say it ain't so!

Sorry, forgot to mention that Kim Joo-hyuk co-stars in The Tooth and the Nail with Ko Soo, Park Sung-woong and Moon Sung-geun.

Never heard of that one.

Hwang Woo-seul-hye is out for Ruler: Master of the Mask and they have to search for a replacement *sigh*
Perhaps what I read somewhere in instagram is true that the show will now only be 50-70% pre-produced. The show have less than 2 months before it airs (May 10) & MBC should go all out promoting it.

And this actress already filmed more than dozen scenes for this drama. It's honestly so unprofessional for her to drop it so she can go film something else. So now the crew will have to reshoot all of her scenes with a different actress

I hope its personal, if not she's just not far sighted enough..

If its not as claimed to be, then its unprofessional of her to do that (i mean at least not after filming in progress already) even if thats a way better opportunity, does she still want to stay in the industry or make that her last and finale work (i would think twice before casting her in future also if im the one casting.. and there's no lack of actress.. unless she's really good.. but shes not even those big names i know of or trending recently).. Its even worse if she's caught lying.. Does she really think she can lie to everyone like that? somebody brain is not working well~

Haneul-ie! When can we see you in full drama again?

I'm not one to notice cheekbones but...Good God, Kang Hanue lsure has cheekbones!!! He really has such a mature, older and serious face, its haed to imagine him as a squishy adorable schoolboy!

Ooo I agree. Kang Ha Neul seems to have quite a 'good guy' reputation. I watched an episode of him in Radio Star where they basically just began to get irritated (pretend) with all the good deeds he's done. But those cheekbones of his are badass. Together with his his frowny - eyes, mature face, those cheekbones are deadly. He looks like a contender for Most Handsome Villian Of The Decade award.

I want to see him as psychopath or killer in the thriller drama. I want him to get rid of his good image (in the drama hehe).

He did in Missing Noir M for 2 episodes and was awesome. It was just that in the end he wasn't the real killer.

He was a sniveling cowardly rapist in the movie, Empire Of Lust. That's where I saw him for the first time.

I'm surprised you guys haven't posted about the new Na PD variety show with Jung Yumi! or maybe you have and I missed it?

it was mentioned in a 'news bites' post two or three weeks ago(:

just checked; was in the feb 25th news bites (:

excited toward jung ryeo won's next project. miss her so much since bubblegum and hope she'll do more dramas