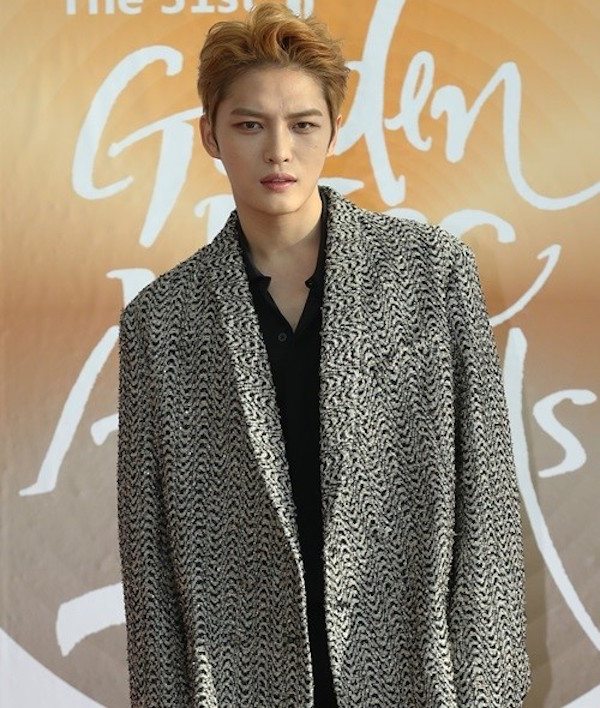 JYJ’s Jaejoong (Spy) has decided on his first comeback project after his two years in military service. It’s a youth comedy called Manhole where the main character finds a random time portal to the past and manipulates events to prevent a wedding that’s happening a week in the future. Jaejoong will be playing an unemployed man named Bong-pil, who’s the leader in a group of five individuals whose stories will be told throughout the drama.

Bong-pil is the only child of a retired postal worker, in the third generation of only sons. He had to take the college entrance exam three times before passing and enrolling into university, and after graduation, he spent three years doing nothing, and now he’s on his third try “studying” for the civil servant exam. There was a brief stint where he started a cafe business, using the financial support of his father who had to go back to his post office job post-retirement in order to pay for the loan needed for his son’s startup capital.

However, within three months of opening, Bong-pil’s cafe went out of business. Now he lives a parasitic existence off the people around him, especially his parents who barely got him to agree to a humiliating promise to study for the civil servant exam. Known as the neighborhood bum, he’s set up a base camp at the local study hall, always going around in comfortable sweats.

PD Park Man-young (The Vineyard Man, Million Roses) is in charge of production, and Special Affairs Team TEN’s writer Lee Jae-gon is writing the script. It’s an interesting collaboration for sure: a rom-com director and a crime-thriller writer coming together for a sci-fi comedy.

Jae Joong is back AND with a new drama.
What more can I say?
(Obviously, I am a fangirl)

It is gonna be great to see JJ on my screen again :D
The plot lowkey reminds me of Yoo Seungho's drama "Operation Proposal"

This sort of reminds me of "Operation Proposal" XD I'm glad JJ will be back on our small screens soon!!

Yay for JJ's return to small screen, after starring in Gummy's MV... Hope there's an album along the way too!

This sounds like it could be dramaland catnip for odilittente!

"Jaejoong will be playing an unemployed man named Bong-pil, who’s the leader in a group of five individuals"

Curious who gonna act as the other five?

And please change the title of this drama? It's sound funny tbh

7 Playstore, Okay Or Not Okay

The dramaland has been patiently waiting for our sculpture like idol actor. My Arms are open to accepting him.

First I thought....another time travel plot but this actually sounds very interesting. Then to hear of the scriptwriter....okay, I think I'm in.

Why do I think this mysterious "portal" is a manhole?

Wow! Everything is the number three: third generation of only sons, three times before passing and enrolling into university, three years doing nothing, third year "studying" for civil servant exam and three months.

Wow, you are very sharp there. I didn't even notice.

Maybe this is a hidden key in the plot?

Eh, that's an extensive character descriptions. So much yay for this; he has a great variety personality, have faith it will translate well into a comedic role.

Yay! Jae Joong is back will definitely tune in!

YESSSS!! AND ITS A COMEDY!! I REMEMBER HOW FUNNY HE WAS IN PROTECT THE BOSS

My Arms, my heart and my lips are open for you Kim Jaejoong..

At last at last!!! So thrilled with this news! Even if the drama is not very good (like some of the earlier ones he's been in... most in fact!), he is always worth watching. And not just because he is so gorgeous... I find him a really good actor

I'm trying to imagine Jaejoong as a "bum." He still seems like he would be a sexy bum....

Based on the first 10 episodes i saw from "Triangle" his acting improved. What he really needs is a good drama that will make the general public from Korea notice him as an actor. His last two dramas were boring, i hope this one will have an interesting story.

I saw triangle & protect the poss
Does he have any other drama?

Yayyyyy! Now since it's a KBS drama, should we expect the unofficial ban on JYJ to be lifted so that Jaejoong joins KBS shows such as "Happy together"?

i am SO in for this! i need JJ back in my life regularly! can't wait!

I'm pretty sure this is what I've always wanted: a drama where the main character is an unemployed, lazy bum. This is perfect! But I can't really see Jaejoong in this role. But he may surprise us! I'm glad he's back, and look forward to seeing him in his drama comeback! Oppa, fighting!

Have you watch the drama Two Weeks?

I think it's the drama you are looking for as per your description.

His face is too expensive to look like a bum hehehe....hes too beautiful to be poor
but he was a thug in triangle so lets see what he has to offer

im so excited jaejoong to your comeback drama..fighting!!!❤❤❤