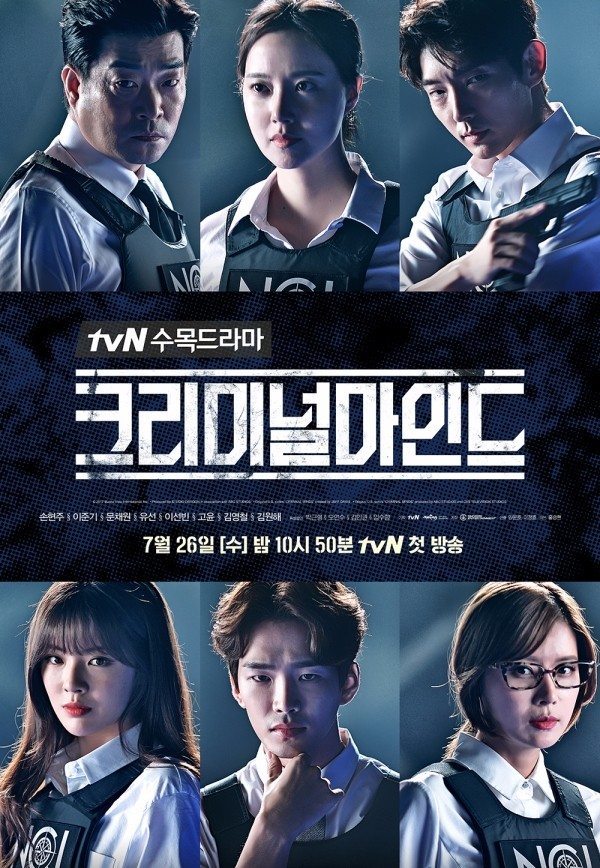 The tvN remake of American series Criminal Minds is getting ready to premiere next week, and new posters and stills have been released showing the actors in their tough cop personas. The wordless teaser captures the upcoming thrills in store for us watching the NCI team, a specialized division of law enforcement that tracks down serial killers and other violent criminals by studying subtle behavioral patterns and psychological profiles. The copy on the second poster below reads, “We can stop them. If we think like them.”

Sohn Hyun-soo (Three Days) plays the level-headed leader of the six-person behavioral analysis unit, with Lee Jun-ki (Moon Lovers: Scarlet Heart Ryeo) playing his hotblooded, instinct-driven right-hand man and Moon Chae-won (Goodbye Mr. Black) as his cold logical left-hand woman. With their differing personalities, these two clash and bicker every time they see each other, but when it comes to catching a killer, they’ll come together with teamwork that shows focus and determination.

Lee Jun-ki’s character was a graduate of the elite police academy specializing in bomb defusion, and worked as a police investigator until he was recruited to be a member of the NCI forensic behavioral analysis unit. He’s full of jokes so people often regard him as shallow, but he has a heart that cares for each of his team members and his cases deeply.

Moon’s character is often misunderstood to be cold and haughty because of her blunt, straightforward way of speaking. But she’s more sincere and persevering than anyone when it comes to pursuing her cases. Despite coming from a wealthy powerful family of lawyers and experiencing frequent temptations to succumb to corruption, she’s stayed true to her principles.

Next to Moon, Lee Sun-bin’s (Missing 9) character is perceived to be infinitely warmer, which is necessary in her line of work as the team’s media specialist. She has a unique and friendly way of communicating so that people clearly understand her meaning and become entranced by her at the same time. Go Yoon (Monster) and Yoo Sun (Our Gap-soon) round out the other members of the team. Go Yoon plays a socially awkward genius behavioral analyst, who is the baby of the group (I guess he’s the Reed of the Korean remake).

There isn’t much more plot info in the teaser or stills, but I’m so excited already! We’re less than ten days away from the premiere of Lee Jun-ki’s new Wednesday-Thursday drama Criminal Minds, which premieres on July 26. 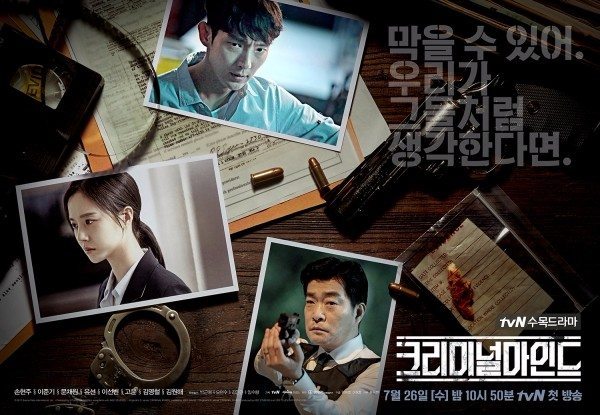 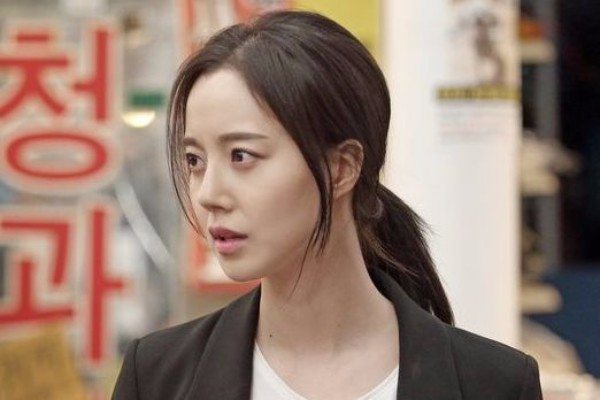 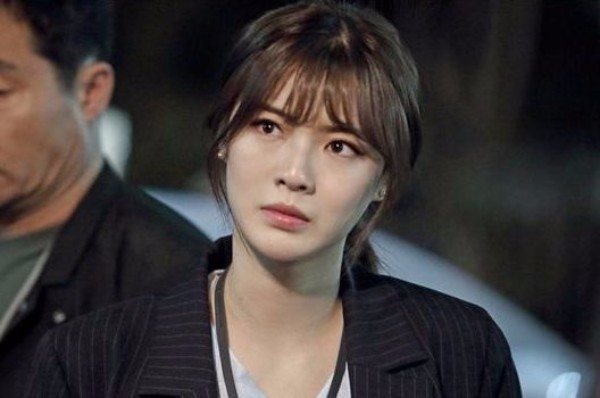 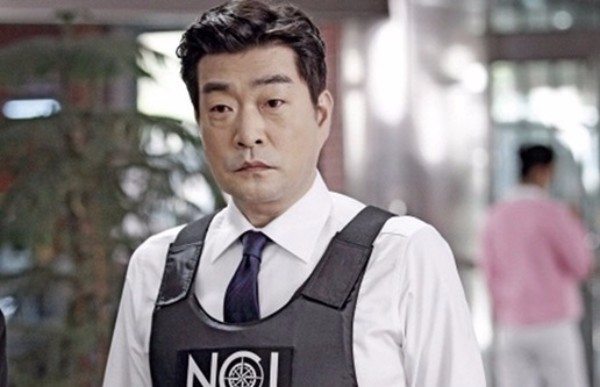 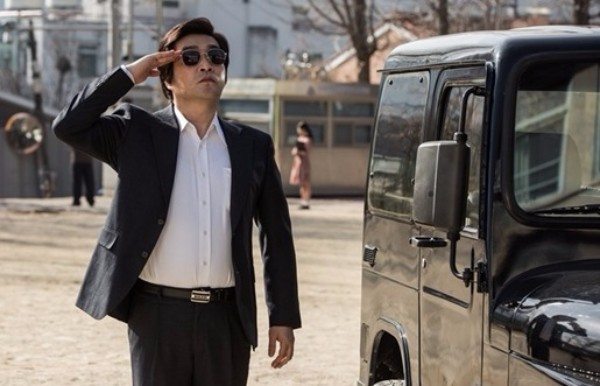 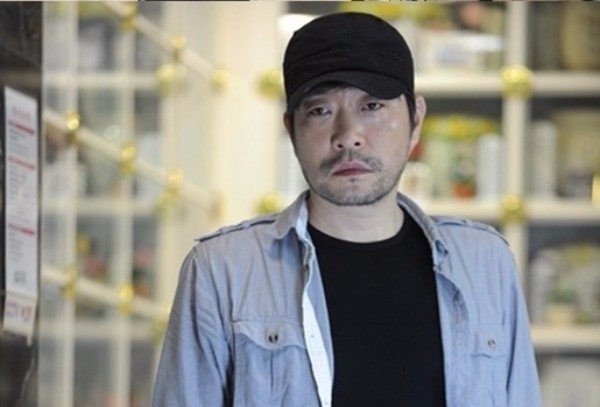 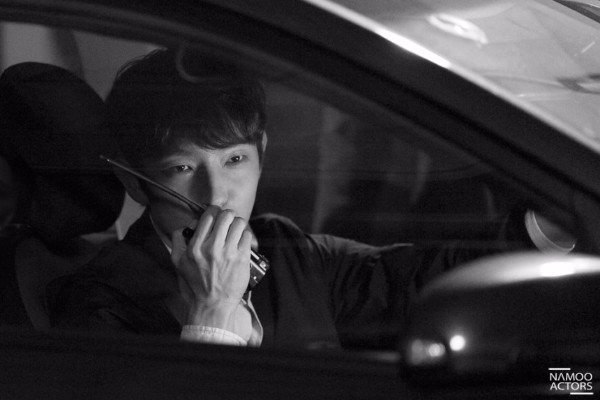 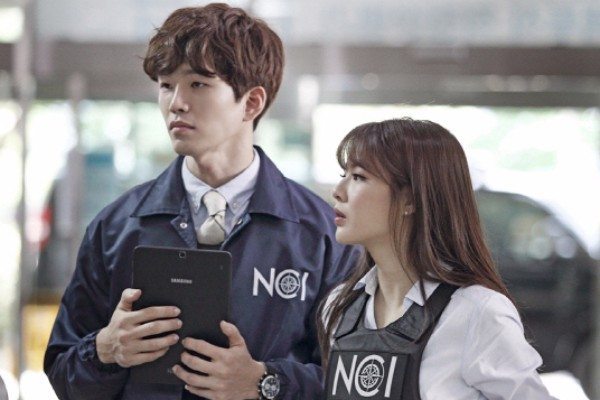 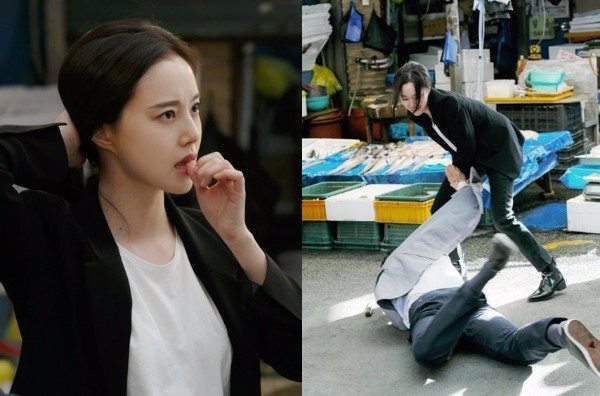 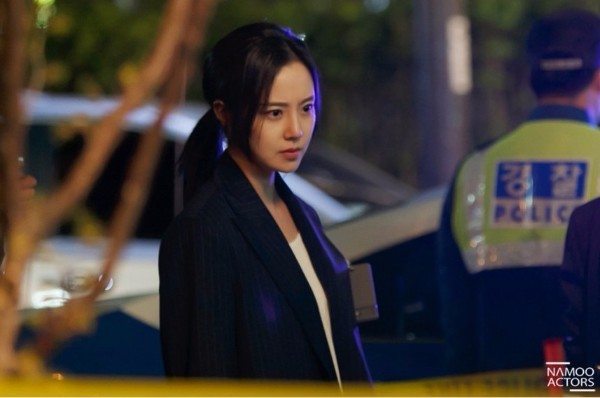 I'm beyond ready for this! Lee Jun-ki is totally going to nail it and I can't wait for him to be a badass like in Two Weeks. But I am also super excited about Moon Chae-won doing a badass drama after so long (Mr. Black never happened). She's one of my favorite actresses and I can't wait for her to go toe to toe with Jun-ki. Finally! He's matched up against an actress of his (almost) caliber.

Just TEN DAYS TO GO. OMG. I came back just in time for some potential greatness.
(I haven't caught up on the details of this remake but I hope HOPE they keep the philosophical narration/quotes :$)

I'm so excited for this too! I'm also glad to see him so well-matched in this drama.

I know it's pretty unrealistic for a cable channel and a bran new timeslot and dark intense crime drama, but I hope against the hope that CM jump to 20% rating

Okay Korea ---- please make sure that you give justice to my one and only favorite for years criminal minds --- this series withstood in all my likeness to similar stories Numb3rs, ncis, mentalist, bones, and others. My opinion you should have not done a remake because you could do a unique stand alone series with similarity to the original but widely based in your society.

Anyway, Hyun Joo and Joongki will lead this series so I will trust especially senior Hyun Joo is there! ---

Yes, I really wish this hadn't been billed as a remake.

i am really afraid for them to do this kind of show cause as far as criminal minds is concern...they are behavioural unit of crime scene there weren't there to mainly caught the killer but responsible to help them caught a serial killer because of behavioural or pattern style of killing.....i wish they could just do something like "love me if you dare"...criminal minds was actually based on US cases...but asian have rare case of serial killers...so this show is like a big NO for me because admit it or not the laws in US is still far from Asian countries...like some drugs are legal in US and Mafia, Cartel are existing in US...same with prostitution is legal and child abuse is super common in US......so am not expecting anything....
oh yeah to those who love show like these if you haven't watch or read the book of "love me if you dare" you must give it a try.
I think this should a bit closer to asian case...but still far from US cases...but i recommend it for you guys to try....

So SHS is Hotchner, LJK is Morgan, MCW is Prentiss, LSB is JJ, GY is Reid, YS is Garcia. Where's Rossi? Hope big stars can cameo as killers~

LJK sounds like a mish-mash of Hotch + Morgan with a little Gideon thrown in. And MCW sounds like Prentiss with some of Elle Greenaway's personality. The rest seem pretty straightforward.

Thank you for the article. Sadly, Criminal Minds is still NOT licensed by DramaFever or Viki.
May I suggest that people who want to see it subbed send license requests to both companies, please. It only takes a minute

DramaFever. (Do NOT give them your email address)
https://docs.google.com/forms/d/e/1FAIpQLScuXiW1XwtSRt0H_ehdDMABJYJNQWA1xj78ni06l4m_OG-ZHg/viewform

I am all set and ready for next week's premiere of Criminal Minds. The promo looks good and really pray that it will live up to expectations especially for my beloved Lee Jun Ki's sake.

I am so excited for this! Lee Jun Ki, Moon Chae Won and Sohn Hyun Soo! Want to see them all badass.

I'm so hyped for this drama! Can't wait any longer...

No lie, I'm so hyped. This show made me finally register and stop lurking.

Excited to welcome Teacher to dramaland with open arms ?

I'm sorry Lee Jun-ki, I watch this for the ladies. I mean, look at the ladies' lineup; they are all dripping with badassery.

Same. If I'm going to watch this, it would be for the ladies. Lee Jun-ki is good and all, but he does nothing for me.

LOL. Like Kim Eun Sook the overrated writer doing nothing than grating cheese.

Salty much? If people can state their dislike for Kim Eun-sook, I can't say Lee Jun-ki does nothing for me? It's not like I said he's a bad actor, geez.

Yes. before he does nothing for me also (never disliked him) . but after ML he does every little thing for me lol.

Madwoman, I absolutely loved his performance in Scarlet Heart, he completely absorbed himself in that role but that has been the only role that I've enjoyed him playing. He's a good actor but I usually have some trouble connecting with his characters and/or performances. He hit all the right notes for me in Scarlet Heart though but I don't know if I can appreciate him as much in anything else.

Been counting down since forever!! Waiting for next Wednesday to come!!!

Finally...no sageuk for LJS. I have been waiting for this drama like forever.

LJK and MCW in one drama? The acting is going be solid.

I cannot wait for Lee Joon-gi kicking ass & taking names on my TV. I love his action roles!

Lee Jun-ki, Moon Chae-won, and Sohn Hyun-joo is such a strong trio of leads. High expectations for this drama so hopefully it doesn't disappoint.

I hope this show will deliver some heavy killer psychology and profiling (welp, as much as a drama is able to). Slick and flashy action is fine and all, but I'd like to see some depth. Here's hoping.

I am sitting on needles and pins. Gimmeeee the 1st episodeeee, pretty please! :3

Big yessss to LJG. I'm ready for the journey. His acting never fails to bring me to another world. And his action is another story.

*trying to get a hold of herself * I am so exited and I just can't hide it, Teacher, juhhuu, I really really can't wait *dangerous nosebleed *