When a popular anchorwoman finds herself the prime suspect of a murder case, her attorney husband becomes her legal counsel. Their marriage has been on the rocks, but as the case forces them to come together, they must address the issues in their relationship.

When a popular anchorwoman finds herself the prime suspect of a murder case, her attorney husband becomes her legal counsel. Their marriage has been on the rocks, but as the case forces them to come together, they must address the issues in their relationship. 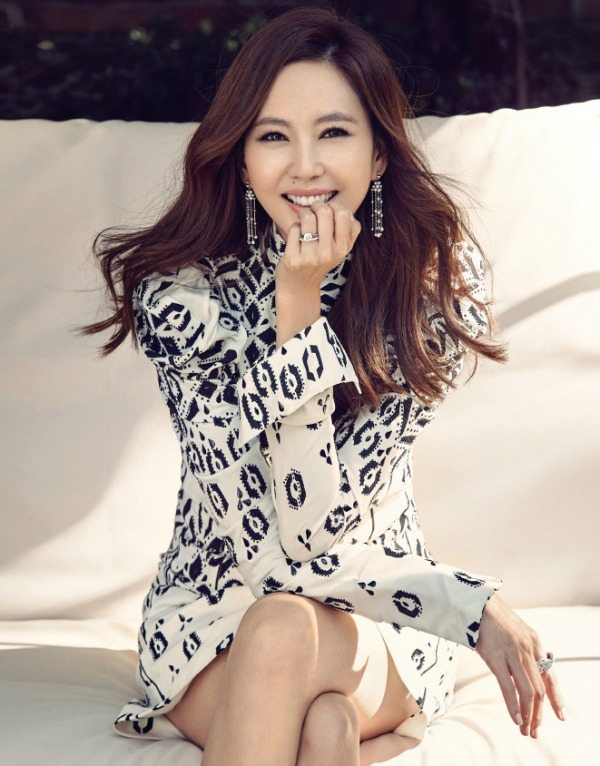 It’s been five long years since the success of You Who Rolled In Unexpectedly, so it’s welcome news that Kim Nam-joo, who won the Daesang for the show at the 2012 KBS Drama Awards, is favorably considering a new Friday-Saturday drama that will air on JTBC early next year. Kim had been on hiatus from acting in order to focus on her family, so the mere prospect of her return, and via a cable project for the first time, is exciting.

I’ve been really encouraged by the variety of programming and the quality of the opportunities offered to veteran actresses in television in recent years, particularly on cable stations tvN (The Good Wife, Dear My Friends) and JTBC (Secret Love Affair, A Wife’s Credentials). And while I’m not sure how to feel about currently airing JTBC drama Woman of Dignity yet (I get a vibe similar to KBS’s Perfect Wife), viewership has been steadily increasing, and I appreciate that Kim Hee-sun and Kim Sun-ah have taken on interesting roles.

Tentatively titled Misty, the premise for the show courting Kim Nam-joo is still being worked on and is under wraps. Mo Wan-il (co-director on Beautiful Mind and Dream High 2, producing credits on Healer, You’re the Best Lee Soon-shin and Big) has been tapped to helm, and while I raise an eyebrow at some of his older work, the quality of his projects seems to have steadily improved. I can’t find any credits for writer Jane, but perhaps the fact that production has tapped Kim to lead this early will mean that she’ll be able to help mold the role.

Misty will kick off next January on JTBC.

I miss this ahjumma. Unexpected You still #1 at my favorite weekend dramas list. But team behind the production... I don't think it will be hit again for KNJ this time.

Unexpected You is my favorite weekend drama too. :) It would be nice to see her back in dramaland.

I am all for more opportunities for the veteran actresses to headline dramas. Way to go JTBC!
I may not be a fan of Kim Nam-joo but I'm excited that she is returning to dramaland.

It's been a long time! It will be nice to see her back in the small screen again if ever.

Yes! I have to give her Cha Yeonhee character in Unexpected You credit for my username. Please be a good project worthy of her dramaland comeback, show.

Has it really been 5 years?! Holy Cow. I've always liked Kim Nam-joo and I really like the cable dramas so fingers are crossed.

Saw her for the first time in Queen Of Reversals and only caught bits and pieces of You Who Rolled In Unexpectedly, so she's not someone I've had the opportunity to see too often. A return to dramaland is most welcome!

Queen of Reversals! That lifeless birthday song was gold. :D

I am personally waiting for the moment JTBC gets a second slot.

Look at this year from others :
KBS added the Fri-Sat slot.
OCN is airing dramas in 2nd half of the year too :)
TVN is adding the Wed-Thu slot.

At least JTBC could add a slot for like 6 months (3 dramas) a year and try it out.

And SBS also add newtimeslot for their cable channel, SBS Plus to air low budget romcoms

KBS air weekend drama before other channels and while other channel broadcast news programs so their rating must higher 20% at least.

I come from the future and I'll just say that Kim Nam-joo was BOSS QUEEN in Misty.