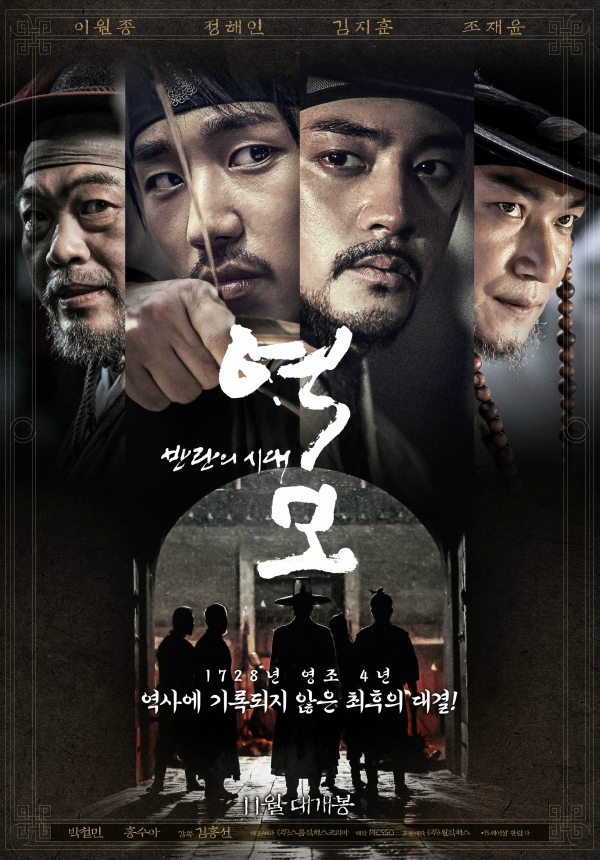 When I first saw the promos, I initially thought this film was actually a new blockbuster drama, since the names attached to the project are more familiar in dramaland than in Chungmuro. Director Kim Hong-sun is having a pretty busy fall, with his OCN drama Black currently airing, and the premiere next month of his first film, Conspiracy–Age of Rebellion. The action thriller sageuk features rising star Jung Hae-in (While You Were Sleeping), as well as Kim Ji-hoon (Thief-nom, Thief-nim), Jo Jae-yoon (Mad Dog), and Lee Won-jong (Uncontrollably Fond).

The film is set in the fourth year of King Yeongjo’s reign. This is the king at the center of Joseon’s most tragic father-son relationship, although the execution of his son, Prince Sado, won’t happen for another 35 years or so. King Yeongjo inherited the throne from his half-brother, King Gyeongjong, when factionalism in the court was pretty much at its peak, and as we know from the plethora of dramas and films that depict political conflict in Joseon, it can get pretty bloody.

Conspiracy focuses on one such incident of political strife, a rebellion led by real-life figure Lee In-jwa (Kim Ji-hoon), who allegedly planned the revolt to take revenge for King Gyeongjong’s murder. (Rumors that Yeongjo poisoned his older half-brother in order to ascend to the throne dogged the king for much of his reign.) In historical records, Lee In-jwa’s advance on the capital was cut short by the army, after which he fled, was captured, and executed. In Conspiracy, however, the film presents an alternate version of history, where the rebels make it all the way into the royal palace.

Thankfully for Yeongjo, he has Jung Hae-in, Joseon’s best swordsman, at his side to protect him. Jung Hae-in plays the role of a bodyguard to Yeongjo, and he will singlehandedly go up against Lee In-jwa and a cadre of assassins, with no help from a court infested with traitors. The trailer shows that Jung Hae-in is more than willing to rise to the challenge, vowing to kill every one of the rebels. Though I do hope he gets a little outside help during “the night history left unrecorded,” because just watching the snippets of him constantly fighting by himself is giving me secondhand fatigue on his behalf.

As expected from PD Kim Hong-sun, who also helmed Voice and Liar Game, the film looks super stylish and dark, though the latter might be attributed to the fact that most of the film takes place during one eventful night. The action scenes look pretty spectacular, and baby-faced Jung Hae-in is surprisingly convincing as a skilled warrior, so I’ll be looking forward to watching this when I get the chance. I always love a good, gritty action sageuk.

Conspiracy–Age of Rebellion will release on November 23 in South Korea. 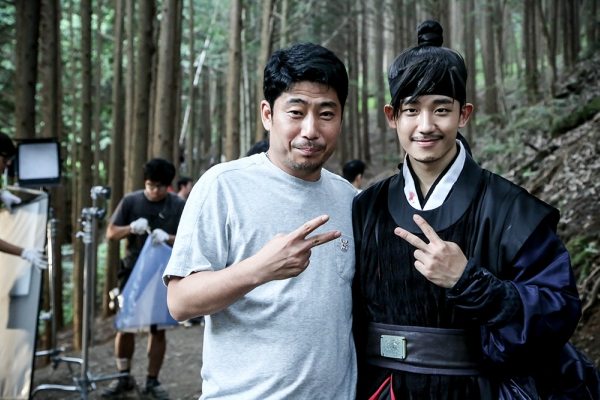 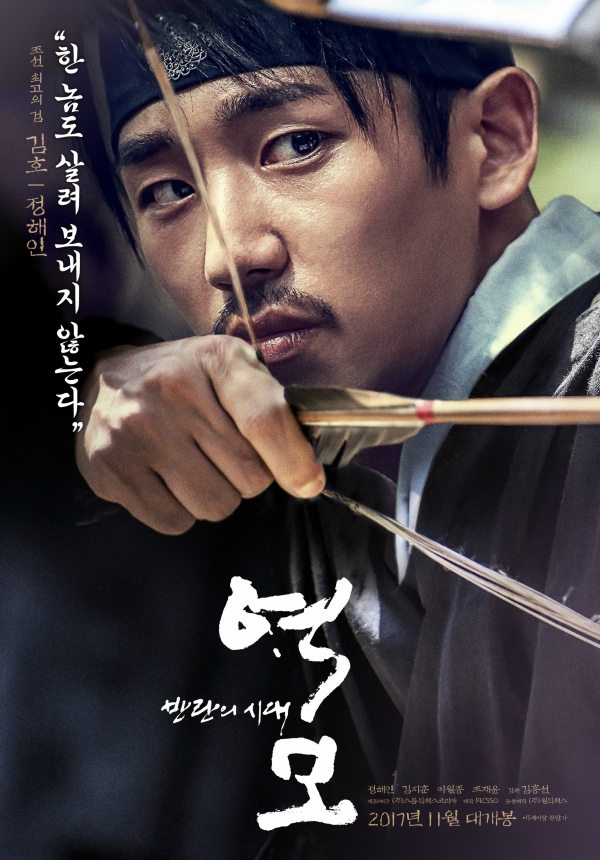 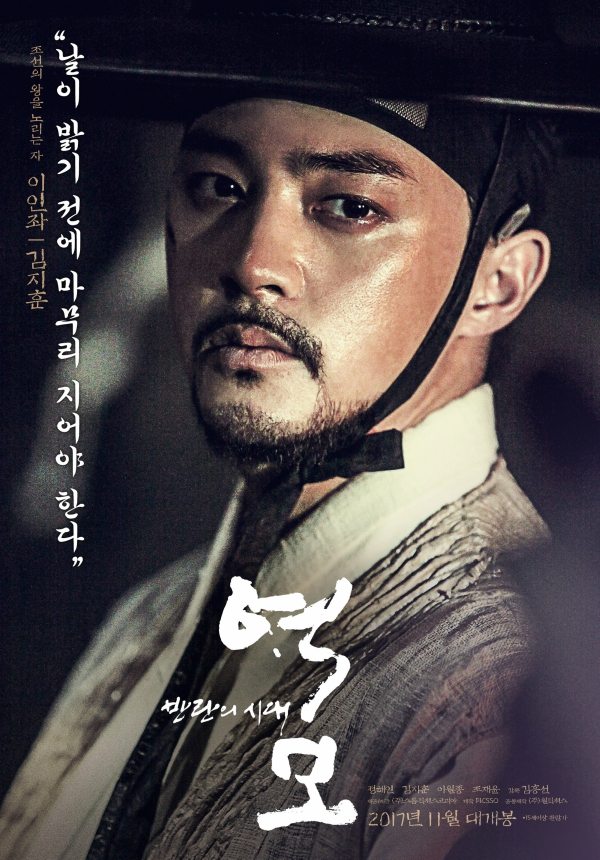 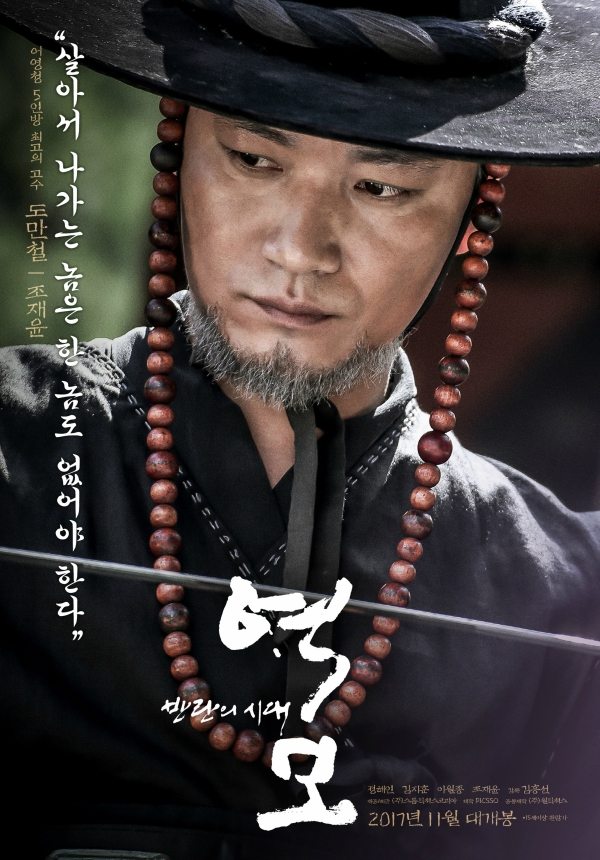 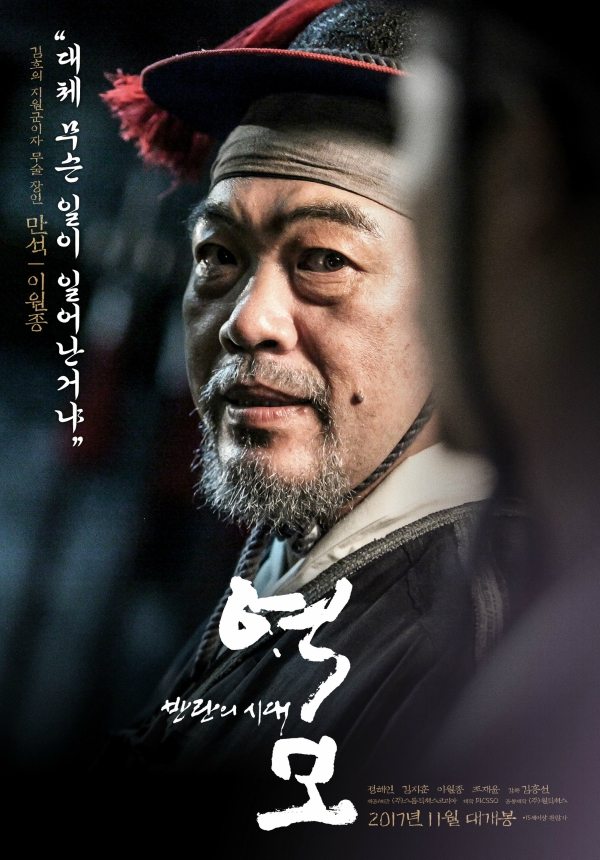 "Jackpot" on the big screen.

I miss him! Glad to see him back in sageuk ❤ Everyone else keep talking about Jung Hae-in these days due to WYWS, and I'm also liked him in his past projects, but it is Kim Ji-hoon's name that made me drawn. Waited to see his movie because I wasn't able to continue on Thief Nim Thief Nom due to its slowness and long epi😕

Same here!
I'm rooting for the movie to do well for the little guys. There is no big names, just 2 or 3 reliable veterans.

Ooo...
As expected for our new favorite policeman!
I'm happy he receives more and more projects...

well to be fair he finished filming this before WYWS aired but I'm sure the show has raised his popularity immensely so he'll definitely get more headlining projects from now on!!

Jo Jae-yoon seems to be popping up everywhere these days!

He's poised to take over as the next big Ahjusshi of dramaland.

Oh yay! I saw the poster on Jung Hae In's Instagram and was wondering what this movie is about. Looks a bit too bloody for my taste, BUT Kim Ji Hoon & Jung Hae In? I'll be waiting for Eng subs.

It's based on the same historical events as "Jackpot" aka "Daebak, The Royal Gambler."
Kim Ji-hoon playing the big baddie Yi In-Jwa is going to be pretty interesting.
When there is a rebellion there will also be a best swordsman lol.

I hope this one done better than Jackpot. I miss to see him in sageuk drama (but honestly I just wish to see him more in a good drama,
not just supporting character for some new actors etc) ,but seems like sageuk nowadays focus more on younger faces, except few.

I don't think Ji-hoon is playing a supporting role here.
The largest rebellion in Joseon's history was named after his character who was one of the rebel leaders.
Jung Hae-in's character is probably inspired by Park Mun-su (King Yeongjo's most trusted inspector who put an end to the rebellion).

Sageuk is a difficult genre to master and most of child actors who grew up in this genre usually do well because they've had trainings and years of practise.
(Shim Eun-kyun, Kim Yoo-jung, Park Eun-bin,Yeo Jin-goo etc).
I have my reservation when it comes to new faces but they have to start somewhere.

I'm glad that there has been more sageuk films lately.
I'm so done with dress-up sageuks in dramaland.

This is true. I am yet to watch an entire 'fusion sageuk' whether it be the widely criticized 'Sassy Girl' and 'Hwarang', or the much loved 'King Loves'. Hoping for a more acceptable take from this Chungmuro.

Oh awesome! Didn't realise what it was based on. Thanks!
And Yup - Kim Ji Hoon as the baddy should be a treat. He usually comes across as such a sweet guy. ^^

I love Kim Ji Hoon and he does seem like a sweet boy next door kind of guy.

LOL, it take few seconds to I realize him.

I saw Kim Ji Hoon's face, I clicked then watched the trailer and thought how badass this drama looks...to finally read that it was a movie *utterly disappointed*

I hope Robin makes a cameo to support Batman ㅠㅡㅠ

Jo jae yoon is like EVERYWHERE these days! I even sense sometimes that he could cameo a drama which he isnt in, among the dramas airing right now. Who knows he might?

Jung Hae is on roll these days. Love him in While you were sleeping. So this must be his first saeguk? and that too on big screen?

If the story is woven tightly and the if direction is on point, i think this might be one of the few saeguk movies i like. . They have got a nice cast. Hope the movie fares well!

nope. this is his third saeguk act according to wiki. second time in big screen after The King's Case Note. his first saeguk is Three Musketeer. i remember Beanies raving on his good look too back then in that drama😂😂.

King Yeongjo is the son of Choi Dong Yi and King Sukjong... correct me if I am wrong?

Glad to see Jung Hae In back in saeguk! I instantly fell in love with him back in "The Three Musketeers"! And I'm happy to see he's getting the popularity he deserves more than ever!