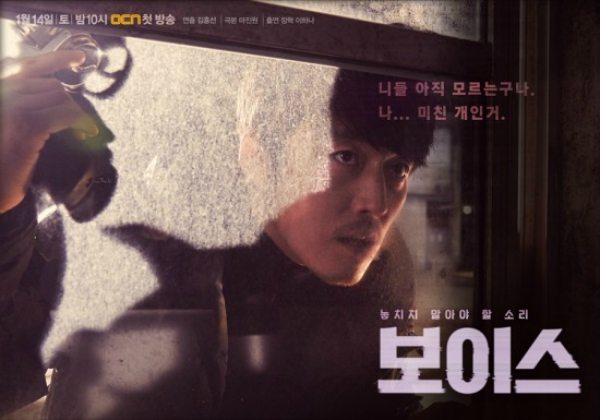 Good news for fans of intense, gritty thrillers! OCN has officially greenlighted a season two of its hit crime drama Voice, which aired earlier this year. There’s no one confirmed to the cast or crew just yet, but I can see why there’s a lot of interest in the project from both the station and the audience, seeing as how the first season broke ratings records for OCN.

Voice starred Jang Hyuk as a police officer and Lee Hana as a voice profiler who worked together (albeit reluctantly, at first) on the same team at an emergency call center. Their focus was on saving victims within the “golden time,” or the first few minutes after a crime has occurred. Kim Jae-wook (Temperature of Love) served as the overarching villain of the first series, playing a terrifying chaebol psychopath, but it’s highly doubtful he’ll return for the newest season given (spoiler alert?) his character’s death in the finale.

Hopefully, the stars align and the cast and crew can return for next year’s season, instead of the show going the spin-off route. Jang Hyuk is currently busy filming for upcoming MBC weekender Money Flower, and PD Kim Hong-sun’s newest OCN offering, Black, is in the middle of its run. Other cast members to potentially reprise their characters are Baek Sung-hyun, Yesung, and Sohn Eun-seo.

The reports don’t mention when exactly in 2018 Voice 2 is expected to premiere, but let’s pray it’s far enough in advance to confirm its original lineup. Make it happen, OCN! 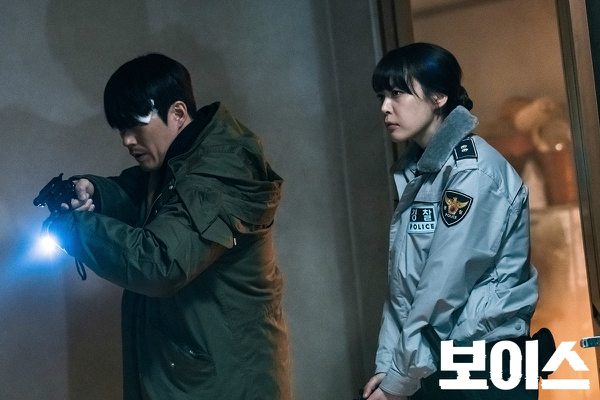 I know it's unlikely, but I'm just missing him so much.

I wonder who can outperform him as a psychopathic villain. *excited*

Pretty please, with kimchi on top!

although i wish JHJ can take on a nice guy role after several villain roles recently, now that u mentioned him. pls cast oppa!!

I'd really like to see him in a sageuk again. It's been too long since THE KING'S DAUGHTER, SU BAEK HYANG.

Maybe himself as the twin who comes to avenge his brother's death.

Whenever I think of the amazing acting he did in Voice compared to his character in Temperature of Love I just feel so sad. It's like he took one step forward and ten steps back.

Voice terrified me SO MUCH that I think no any other kdramas there will ever do but I feel so delighted to watch another season of it (who terridfied who?) more violent cases, more creepy mo tae gu

Are you me? Gosh, never in my life has I watched something SO TERRIFYING yet so intriguing that the thought of having second season feels like christmas.

Mo Tae Go scared the hell out of me that I had to pause to take a breather and see that I am actually in my room, not in some alleyway where a kettlebell monster is on the loose, or God forbid, Mo Tae Gu's bloody villa! Aaarrggghhh!!! Even the thought of it scares me.

But yes, second season of it with the same cast, same writer and same PD please!

I hope they cast the same actors, i really enjoyed watching Voice despite the gores, I found it unique.
I think they can cast Jang Hyuk if he wants to join, he needs 6 months to finish his weekend drama and they already has two dramas lineup after Black.

They should bring KJW (although I think it's not likely) because his ending was open to the imagination of the viewers, we need a clear closer.

I'm not positive about this, but I think Jang Hyuk's new drama is only going to be 24 episodes.

Yeah "Money Flower" has 24 episodes, it will finish in 3 months time.

I'm hoping we'll get to see that Mad Dog's partner (Baek Sung-hyun) miraculously recovered fully from his tête-à-tête with Mo Tae-gu, but I wouldn't blame him if he went into a different line of work.

As for Mo Tae-gu, he could cameo in flashbacks, so we may yet see those killer cheekbones again. I just hope we don't have to deal with the big bad who orchestrated his demise in the mental hospital. If MTG were terrified of him, I shudder to think of what landed him in the bin for the criminally insane. Do I smell an escape in the offing?

Here's hoping we'll get to see more nice father and son moments with Mad Dog's boy, who was the cutie who stole the show. ;-)

Yayyy, excited for Season 2! I just need them to cast Jang Hyuk and Lee Hana again. I liked both leads and seeing them work together on cases.

Kim Jae Wook was so creepy and crazy in this drama.
A very convincing villain.

They're gonna have to top his character somehow and also maintain the thrilling pace of the story overall.

I'm not a Jang hyuk fan so I'll wait to see who the cast is.

Neither am I. But I thought Lee Hana nailed it. As long as they bring her back I'm fine. (OK, maybe the writer & PD too).

I liked them both! But Kwon-joo's character is so cool, I wanna see her again.

Not too sure if Jang Hyuk will return for this but it won't be the same without him. As for the villain, may he rest in peace.

Pleas and thank you? 😊

Crossing my fingers that the cast stays the same. I need more exposure and character development for Yesung and Eun Soo. Also, can we please have a female antagonist? PLEASE!

👏👏happy dance, happy dance! Season 1 was terrifying yet I kept going back for more! Mo Tae Gu can have a twin or doppelgänger that can work right??

Mo Tae Goo is sexy, handsome, cool and charming... Yeahhh, I knew he's scary and the tension from his existence is not a joke but he's the reason I watch Voice.

They can cast all the old or new casts, but I am hoping Jang-hyuk oppa won't do season 2, he deserves better. I want to see him back in a good sageuk next year hopefully. Voice was a good drama, but without Jang-hyuk I don't think I'll watch it.

Actually, I'd love to see Jang Hyuk in a sageuk, too.

I really don't see the point in this to be honest. Voice was enjoyable overall, but it lost some steam after the initial episodes. It's not a particularly great drama.

The drama also tied up everything. Jang Hyuk's character received a resolution, as did Lee Hana's. And the villain died. There really isn't anything left to mine here in terms of characters or plot.

The one thing that was great about it were the visuals, but they could do that with a fresh drama too. I hope they introduce a new cast with the second season, and shorten the episode count to twelve. Alternatively, you could just make a new crime drama.

Her superpower won't let it turn into a spin-off, right???
My need Jang Hyuk in it

honestly, i wish Mo Taegu's death is brought up as one of the case. i mean, his death reminds me of the murder of mental hospital victims by the doctor in KR (where the hospital now remain as one of the most horror place in KR). by going with this story, we can still get kim jaewook to appear in the series! or at least few episodes of the series!

but did he die???
i vote that it's a dream sequence simply for chiseled kettlebell to return xD

YESS!! I am so happy. I was waiting for a news like this after the end of Voice. It was a good drama. This drama gave me more almost heart attacks than any other crime thriller did. Really intriguing, and the cliffhangers which made me so impatient to wait for a week to find out what happend next. I remember those days.
Please dont change the cast. I loved all 3 of them.

19 Playstore, Okay Or Not Okay

Either cast Yesung again or cast Key in his character.

Plz bring back kim jae wook, i have idea what about faking his death and make him loses his memory.....