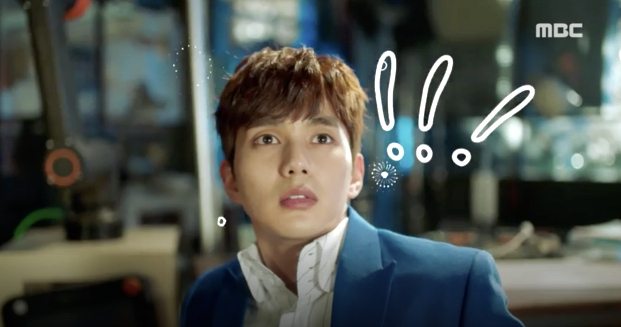 I’m definitely becoming more hyped for upcoming sci-fi rom-com I’m Not a Robot as I see more promos for it. In the latest teaser, a battle breaks out between the robot’s owner—the man who has everything—played by Yoo Seung-ho (Ruler–Master of the Mask) and her maker, a genius engineering professor played by Eom Ki-joon (Defendant). Aji-3 is the first world-class humanoid robot, played by Chae Soo-bin (Strongest Deliveryman).

The drama is primarily centered around the first love of Yoo Seung-ho’s character, who is the perfect man with one fatal flaw. He has an allergy to humans, which is so severe that he has to bundle up in masks and gloves if he ever decides to venture outside his home. Unfortunately, his condition doesn’t allow him to develop any close human relationships, so when he meets the female android Aji-3, he begins to fall in love with it. But actually, Aji-3 is not a robot at all. A young entrepreneur named Jo Ji-ah was recruited by her former boyfriend (and coincidentally the maker of the real robot), played by Eom Ki-joon, to impersonate his machine. It’s a love triangle just waiting to happen!

In the teaser below, James Bond music plays in the background as Aji-3 asks for her first command. Eom Ki-joon, heading his formidable team of robot researchers, starts off with a light command: today’s weather, but Yoo Seung-ho quickly switches her to friend mode. Her demeanor completely changes from politely utilitarian to adorably sincere as she gives the weather report.

Eom Ki-joon changes her back to user mode again, and they go back and forth changing Aji-3’s mode until she steams up in frustration, and both sides are taken aback by her very human outburst, confusing and frightening everyone. A cute little robot rolls on the screen displaying an error message. 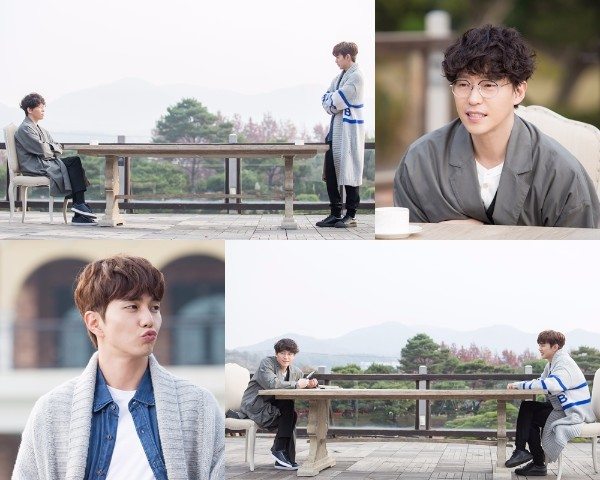 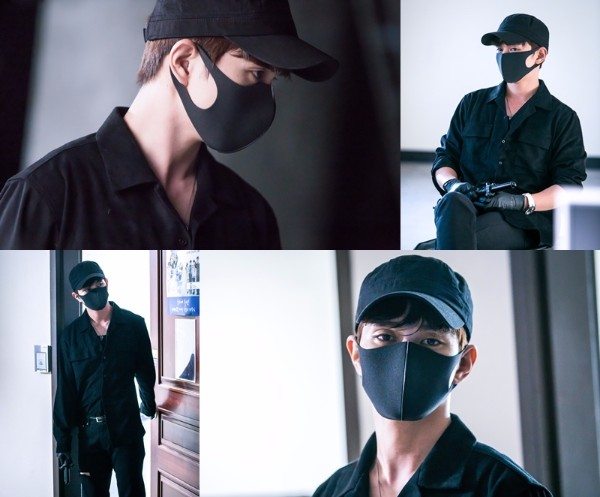 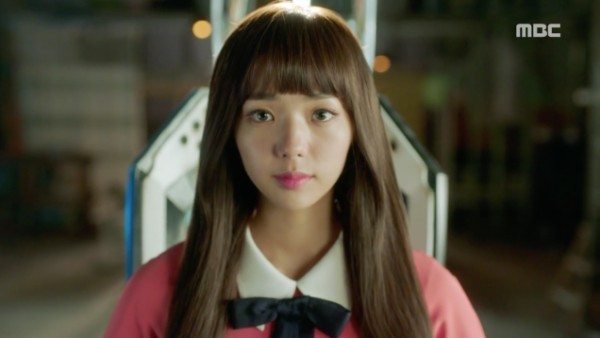 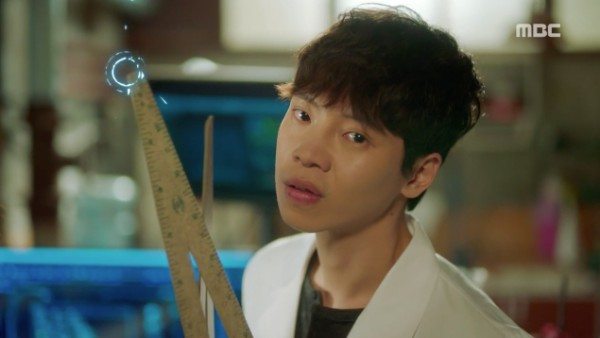 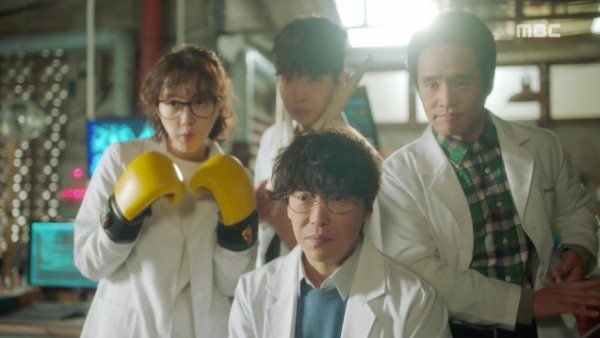 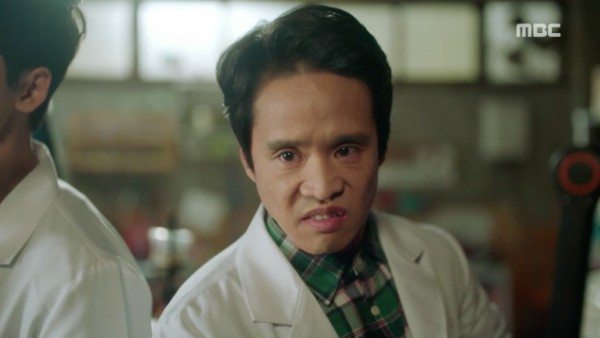 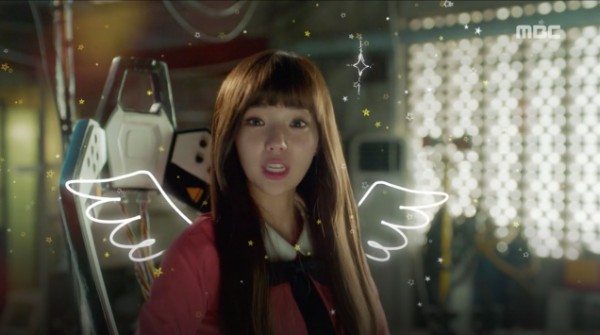 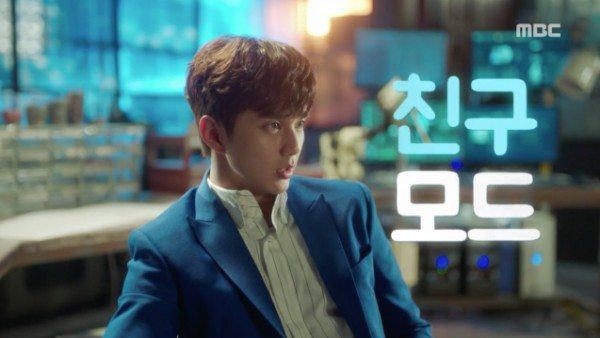 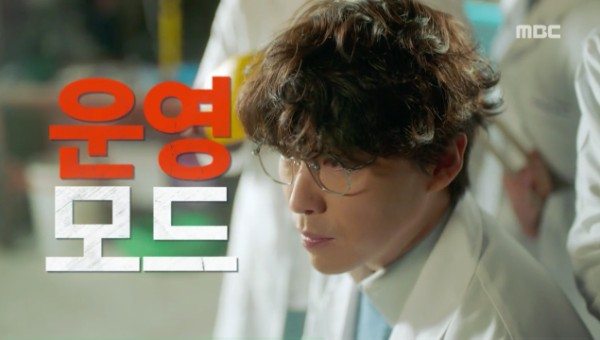 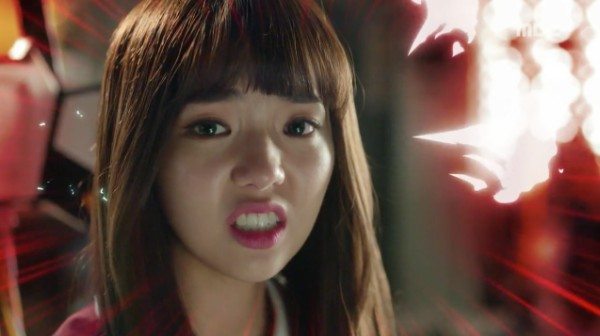 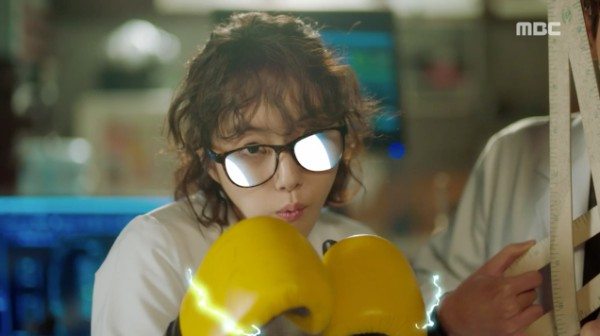 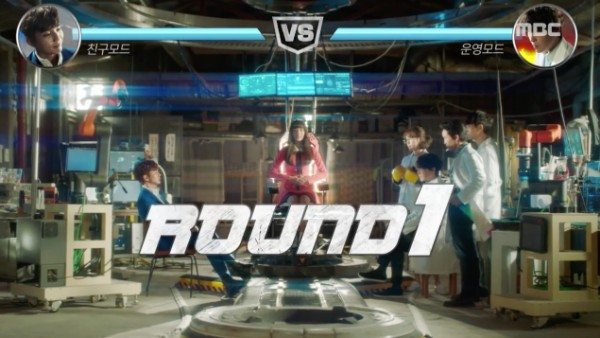 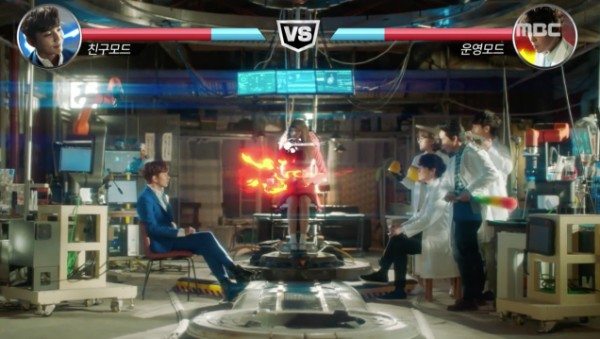 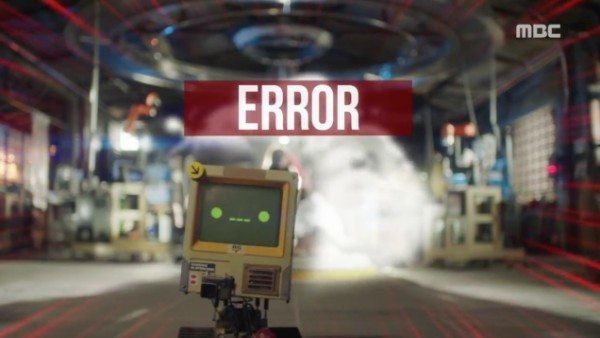 I can't help but wonder what this allergy thing is about. Like, does he break out in hives when he's around humans? Because that would mean he know immediately that she was human. Also, how does he function around the scientists if he has an allergic reaction to humans? So many questions.

I have been wondering that as well. Is it metaphorical? Like extreme introversion? Or is it all in his head? So he beaks out around humans because he thinks he is allergic, but when he is around the "robot" he doesn't break out because he doesn't know he is around a person?

Because if it is not one of those things, I don't see how this plot is going to work. Like you said, it will be very obvious she is not a robot if he really is actually allergic to people.

Maybe it’s something like that old Jake Gyllenhaal movie Bubble Boy where his mum had convinced him all his life long that he has no immune system so he couldn‘t have any real contact to other humans while in truth she was just ‚protecting‘ him from the outside world. ^^

I think it's a psychological allergy (not really allergic to humans but it's in his mind) due to a childhood trauma and that's how he can make contact with the "robot" because he thinks she's not human!!

I like the possibilities of the drama. She'll be able to help introduce him to the world. One thing I hope is that he lacks societal graces. Someone whose had little interactions with other humans would be a bit clumsy and awkward. This would be especially through in South Korea where the culture requires certain behavior. It should be a fun watch.

I love the Android’s name, Aji-3.
Please be good show because for some reason I could not finish Ruler.

Ohhh, I really like this cast so this show has my attention. I'm also confused as to how he won't be able to tell she's not a robot if he's allergic to them, though. Like @amilia said, I'm guessing it's a metaphorical use of "allergy"?

I just looked up the director and writer and the director is the same one who did W! So at the very least, the show will probably look cool.

So cute <3 <3. I hope they'll stay fluffy and humorous the entire run. I can't see Yoo Seung Ho cry again 😭.
I just finished watching a japanese romance drama about high school student and a robot too called "Q10" and it was unexpectedly sweet. Now I have high hope for this drama. Please be good! It's about time YSH use his acting skills in a good drama.

I loved Q10, too! Though I wished Takeru's character really ended up with the robot version tee hee.

The editing of the teasers are so cute, I'm really rooting for this drama to be good.

hhhhhhhh that's hillarious!! how Kim Min Kyu and the engineer keep ordering her back and forth to swich her mode only for her to lose her temper on them!! LOL and Yoo Seung Ho looks sooooooo handsome!! ^__^

one more thing, I really underestimated Kim Min Kyu's severe allergy to humans and seeing how he needs gloves, mask and a stick when he needs to connect with people made me feel really bad for him!! good thibg there is android robot Aji 3 (who's actually human herself) to help him with that!! ^__^

I'm worry that what they will going to show and how. Teasers just teasers. We will never know until first ep come out.

AM GETTING MORE EXCITED FOR THIS XOO CUTE