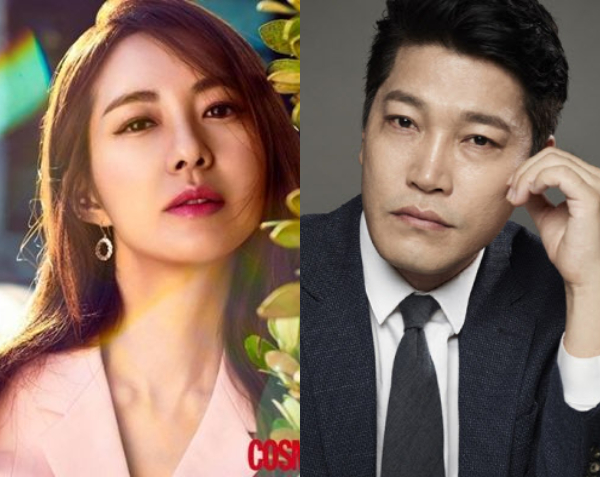 There’s something to be said about under-represented jobs getting the spotlight in dramaland, so I’m excited about this new drama in the works. OCN is starting to cast for its newest project, tentatively titled Running Investigators, and has offers out to Lee Yo-won (Buam-dong Revenge Club) and Choi Gwi-hwa (Suits), who are both positively considering taking lead roles in the show. If she accepts, Lee Yo-won will have a busy 2019, with her drama Different Dreams about to premiere in a few months’ time.

There aren’t that many plot details about Running Investigators as of yet, but it’s quite an unusual topic for OCN: The show will center around government employees of Korea’s Human Rights Commission and will follow them as they investigate reports of human rights violations in different corners of Korean society. It’s somewhat of a timely topic right now, given the current scandals plaguing the Korean entertainment industry and the country’s reckoning over its treatment of women.

These civil investigators don’t have the authority to compel anyone to comply with their investigations, and their findings don’t automatically result in criminal charges, but their work will shed light on those who have had their human rights violated. Which doesn’t sound all that satisfying to me right now, but I’m hoping that we get to see some kind of justice served in the course of the drama.

The show is being adapted from a collection of short stories written by author Song Shi-woo, released together under the Running Investigators title, that was released back in 2015. The book is labeled under the mystery genre, and each of the short stories involve a different human rights case that was modeled after real-life reports. I don’t know whether that makes this project more intriguing or more depressing, but the mystery label certainly explains the OCN connection.

OCN is planning on airing Running Investigators in the latter half of the year.

I'm surprised, lastly actors are announced for dramas when they already are shooting one like Lee Yo Won, Jang Ki Yong , Han Ji Min...

It's an old pseudo. I needed one to open an account for a chat room and I was watching Yu Yu Hakusho during this period on the tv. So I chose Kurama.

Thanks for the casting news, @tipsymocha. I've only seen Lee Yo-won in DAEMANG / GREAT AMBITION and 49 DAYS. (How have I managed to miss QUEEN SEONDEOK??) I'm glad to see that Lord Goldfish from SUITS has a show in the offing. I enjoyed his performance as the antagonistic marshmallow very much. His conversations with Ninette the Goldfish were great. Interestingly, Choi Gwi-hwa is a Pisces! LOL!

This is something I'm really looking forward too. I hope they accept the roles and I do hope the show does mete out justice. Even if, realistically, justice isn't always delivered in real-life. But, narratively, it would be nice to see those who violate the human rights of others receive their due punishment.