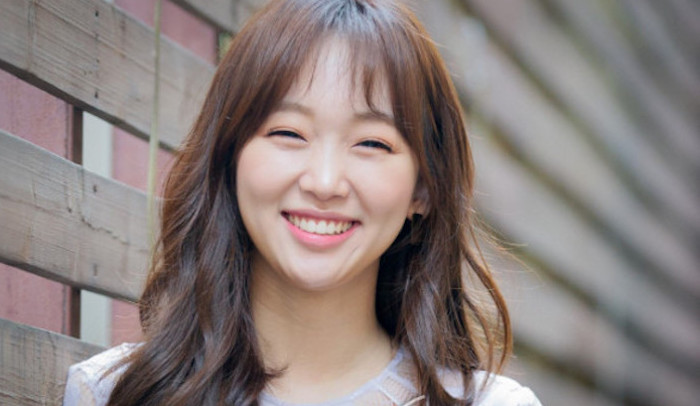 This week it is Jin Ki-joo’s turn in the spotlight. She’s a newcomer to dramaland, and her starring role in SBS’s rom-com The Secret Life of My Secretary is only her second leading role in a drama.

Jin Ki-joo was born in 1989 in Seoul, South Korea, and made her debut in 2015 with a supporting role in Twenty Again. The quick rise of Jin Ki-joo’s career is a testament to her skill as an actress — and also her dogged determination. Before becoming an actress, she not only had a successful career at Samsung, but as an SBS reporter. However, she wound up leaving both careers to pursue her dream of acting.

Jin Ki-joo’s first leading role was in 2018’s Come Here and Hug Me, where she starred with another new drama headliner, Jang Ki-yong. The drama was made all the better because of the fresh cast, and after her performance in the drama, it’s easy to see why she has won her way to her leading lady status.

Here are some dramaland highlights from Jin Ki-joo, followed by her full filmography. 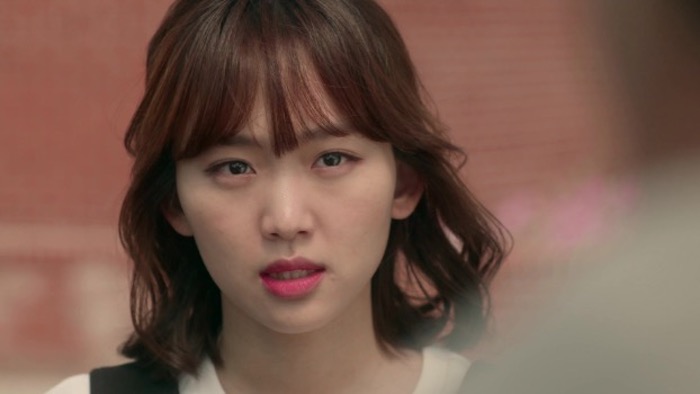 Low-budget and fluffy, like the best of web dramas, Wednesday 3:30 PM starred Jin Ki-joo as a woman who was cruelly dumped by her boyfriend, all at 3:30 on a Wednesday afternoon. Did you know there’s a theory that this is when women across the world are at their most exhausted, worn out, and that it acts as sort of a bewitching hour where they show their true age? Me neither. Well, that was the premise of the drama, and VIXX’s Hongbin (in the male lead role) was on a mission to make her look her best when other women were looking their worst. While I kind of disagree over the premise of taking advantage of people’s weak spots (or times of day, according to the logic of this story), the two leads are pretty adorable as childhood friends who reconnected, cohabitated, pretended to date for the sake of revenge, and… well, you can guess the rest. (Aside: if the jerk of an ex-boyfriend looks familiar, that’s because it’s Ahn Bo-hyun, who’s playing Park Min-young’s “oppa” in Her Private Life). 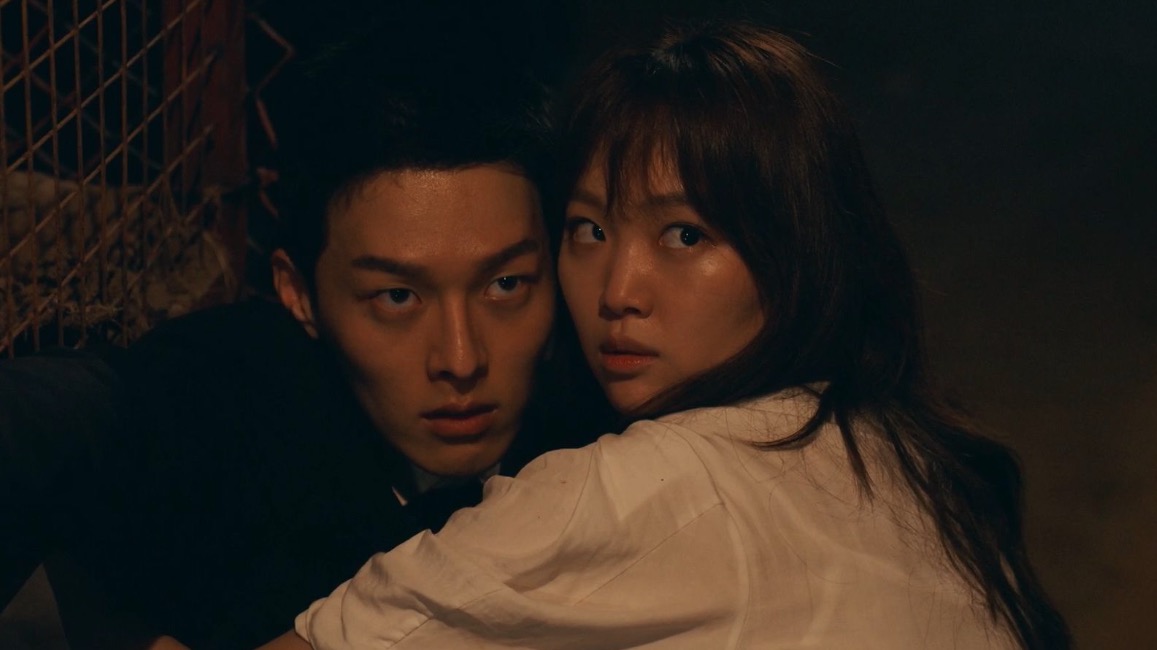 As mentioned above, I believe one of this drama’s strengths was the leading cast. Without fresh, earnest actors in these roles, the drama could have easily felt like the thriller melo we have all seen versions of a hundred times. But Jang Ki-yong and Jin Ki-joo not only played off of each other beautifully, but breathed life into the storyline. Jin Ki-joo played the daughter of a famous actress. The family relocated to the countryside, but wound up in the domain of a psychopath serial killer. After her family was brutally murdered, Jin Ki-joo’s heroine decided to become an actress, like her mother, in order to bring visibility and closure to her family’s trauma. Jin Ki-joo gave a great performance as the sweet and bubbly actress who, at the same time, was haunted by her past. There are so many things I enjoyed about this drama, but one of my favorites was how the heroine refused to blame those around her or be defined by what had happened to her. 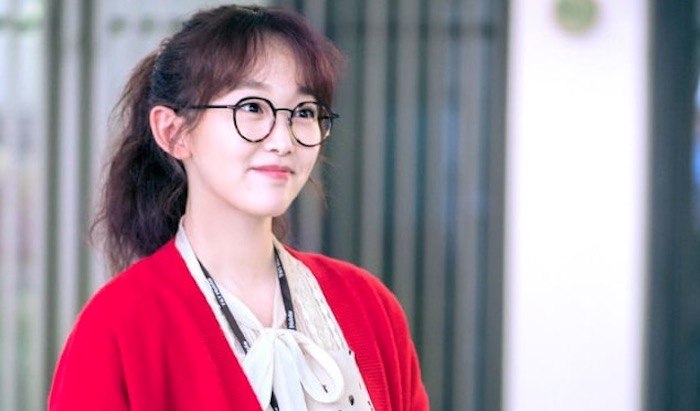 I haven’t caught the first few episodes of this drama yet, but my hopes are high. I actually really get a kick out of the grumpy boss/sassy worker trope, and I’m hoping that this drama has a fun and fresh take on it. Kim Young-gwang has already proven that he can do the role pitch perfectly (watch him in the web drama Gogh’s Starry Night for some prime material), and I’m a big fan of Jin Ki-joo. She’s a rookie, yes, but she comes off as confident onscreen, and I like her vibe. This drama seems like it can go either way, but let’s hope that with some good direction and a fun script, it will be an enjoyable ride. If it’s anywhere as good as the styling for Jin Ki-joo’s heroine, I think we’re in good shape. Let the tropes begin!

I just adore. She is working on expanding her resume with different roles. I appreciate that about her. She has played the vixen, the lead, the love interest, and the villain. Big fan.

Ugh I just LOVE. HER
To this day, I have not watch CAHM, because it just seems like such an insufferable drama to watch, but with each passing day that it sits unwatched in my “To Watch” list, I inch closer to pressing play on it...

She was great in "Twenty Again". It is good to see her getting leading roles now.

She was so good in Come here and hug me drama. I love her acting. She is such a good actress as she delivers her lines and portray her emotions with the needed effort nothing too much or neither too less.
She got such a good screen presence too.

She is becoming one of my favourite female lead and i hope we see her in more and more dramas and she gets to play different roles. She deserves every bit of this.

She's great in The Secret Life of My Secretary. Haven't watched CAHM.

The first time i recognize her, i got the same feeling as when i first recognized yoo in na as ha ji won's roommate in secret garden. Both of them started quite late in acting by their age, but they both have a very strong presence from the beginning. She steal every scene i watch her in when she wasnt even the main character, like in splash-splash love and moon lover and little forest, and she was also very amazing in come here and hug me. I'm not a big fan of candy girl character like she is in her current drama (secret life of secretary) but i still love her anyway so far. Jin ki joo really got this beautiful shade of green in every performance

7 gadis is camping in the cells village (again)

I adore her, and you're right that she has a likable and confident vibe on screen. And her latest role in The Secret Life of My Secretary just cemented my love for her. Maybe it's time to finally watch Wednesday :30 PM?

She was one of my favorite parts of Misty and if I ever watch Come Here and Hug Me, it'll be for her.

I first saw jin ki joo in scarlet heart ryeo. I hated her character so much . so I was not so looking forward for her.
Then I watched little forest, she became the star for the show for me. I just so loved her there.
so i watched bits n pieces of CAHM. She was delightful there n her smile is so pretty.
havenot started watching TSLOMS , if reviews r good will surely catch later on

Thank you for suggestion. l will catch it if possible :)

Saw her for the first time in Misty. She certainly held her own side-by-side with Kim Nam-joo. I haven't had the opportunity to watch all her subsequent projects but I'm glad she's taking on a variety of roles.

Tbh I just knew Jin Ki Joo from Come and Hug Me. and I became her fan. I like her acting and after watching The Secret Life of My Secretary I like her more. From CAHM to TSLOMS completely differen characters and yet she is amazing.
I hope she can get another good drama next after this and expand her acting skills and roles. Good luck!

I first noticed her in Twenty Again as one of Choi Ji Woo college friends. In Misty, I wasn't at first sold on her as Kim Nam Joo's junior rival but she eventually won me over. I thought she was great in CAHM.

She seems to be really smart and determined. In a guesting on Running Man, Yoo Jae Suk revealed how she passed passed the open recruitment at Samsung, considered to be one of the hardest. After working there, she then auditioned at SBS as a reporter and passed the strict selection criteria. She then auditioned for SBS' Super Model contest, finishing 3rd. Very impressive for someone who is only 30 years old.

I don't remember her in Ruler. What role did she play there??

Aw yis!!!! I'm here to hype my girl!!!! I first watched her in Twenty Again as Choi Jiwoo's besties and she was adorable. Then comes splash splash love as Kim Seulgi's besties/unexpected queen besties which she was also adorable! Then i didn't watch her for awhile until i watch this familiar girl in Misty i can't remember who and how I knew her but turns out she's Jin Kijoo!!!! What an amazing actress!!! And when the news of her and Jang Kiyong as leads i'm just over the moon happy lmao Tho... I gotta ask is her newest drama with Kim Youngkwang worth watching bcs... Don't get me wrong i love Kim Youngkwang and watch a LOT of his dramas but..... His character (or the way he acts them) is getting monotonous.... You know that charming tsundere but grumpy but nevertheless sweet dude he always play....

she is SO good. i hope she can act in some movies too, i can definitely see her becoming an A list celebrity.

When you realise you've seen half of her filmography and didn't know it... O_o