Im Shi-wan learns why Hell Is Other People 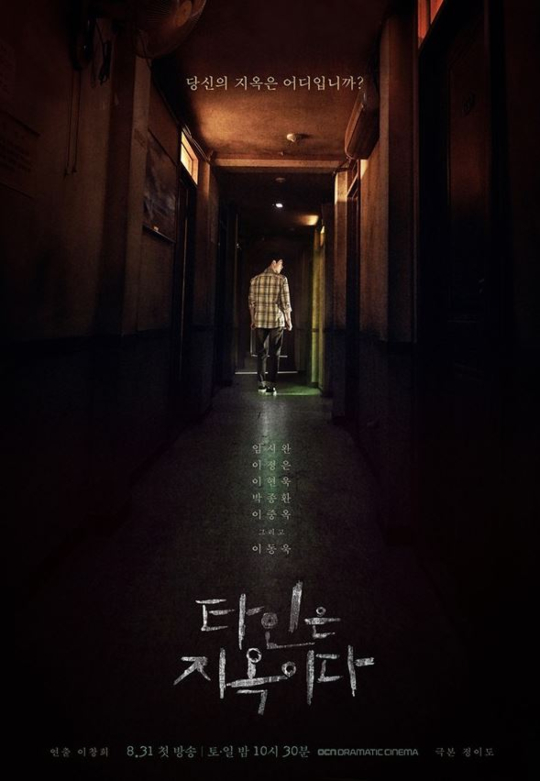 Finally! I was beginning to suspect that Lee Dong-wook (Reach of Sincerity) wasn’t actually going to appear in OCN’s Hell Is Other People and that the show had been trolling us about his casting. It’s still only a few stills, but I’ll take it. The show has also released the title poster, a new teaser, and some new stills of Im Shi-wan (The King Loves) in quick succession, which I’m thankful for because the premiere is a whole month away, and I’m counting down the days on my calendar.

The poster, which asks, “Where is your hell?” follows the generally creepy, horror-film-like vibe that has been consistent throughout all of the promotional material for the show. The teaser also has that enhanced sound quality to horror films, beginning with Im Shi-wan’s footsteps as he enters the gosiwon for the first time with his luggage. The screen abruptly cuts to Lee Jung-eun (Parasite, The Light In Your Eyes), who plays the heavily-permed gosiwon owner, as she welcomes Im Shi-wan with the keys to his unit.

The teaser starts playing a really creepy track that really belongs in a slasher flick, as Im Shi-wan walks through the corridors, catching glimpses of his new neighbors through open doors. First is Lee Joong-ok (Extreme Job), who is watching scantily-clad women on his computer screen. Next door is the disturbing Park Jong-hwan (The Producers), who is giggling to himself over apparently nothing, while shooting his BB gun at the wall. And lastly is Lee Hyun-wook (I Only Want to Love), clothed in all black and whose room noticeably lacks any personal possessions.

Im Shi-wan finally reaches his room, turns the key and enters, not noticing his fellow gosiwon occupants each peeking out into the corridor, accompanied by the sound of a creaking door. The captions say, “We invite you to a hell of a gosiwon,” and the teaser ends. Yikes. I hope that poor Im Shi-wan finds a good friend and mentor in Lee Dong-wook’s dentist character, because he’ll need all the emotional support he can get with those neighbors.

OCN’s Hell Is Other People premieres on August 31. 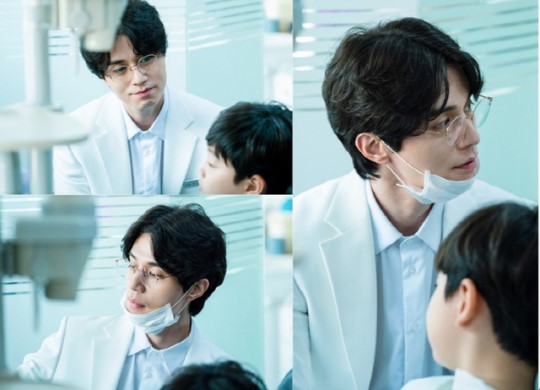 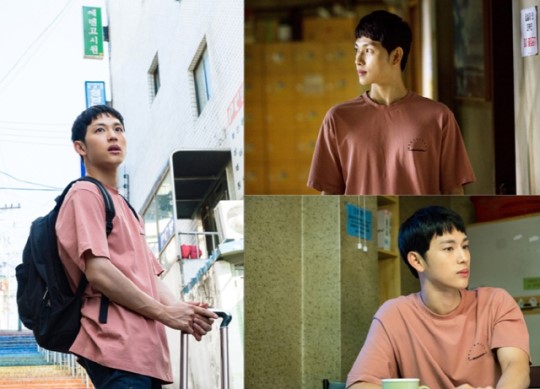 I am really excited to see Lee Dong-wook and Im Shi-wan back in Dramaland! The teaser is creepy and I'm having goosebumps so I hope this show will be really scary in a good way!

I can't wait to watch Hell Is Other People. Im Shi-wan and Lee Dong-wook 💝

I cannot wait for this! One whole month to gooo

while reading this i was like am i that drunk because since WHEN was ldw here. and yes, trolling indeed.

not a huge ldw fan but but but i looooooved trap which was part of the dramatic cinema thing ocn is doing. idk how long of a run it has but trap ended with 7 eps (7...right? the ending was crazy lmao the show is so insane i just had so much fun)

i can't get over the sartre because i just really wanna know more about this story. has anyone read the webtoon? i get rly obsessive about background info so i'm like "omfg whats the plot motive characters people" etc. i can't wait!

*can't get over the sartre 'huis clos' (say hell is other people in a french accent) because it's so existentialist and "deep" and ridiculous lmao i don't want this to be too navel-gazey and all about our feelings~* instead of like tangible thriller and action. but tbh ocn does that well too (save me 2...a more uhhhh cerebral drama.....about a cult LOL)

I saw Huis Clos in theatre and it was really great. My favourite of Sartre is "Les mains sales".

hmmmm maybe ill change my mind if i see that in theaters! i saw some beckett plays in a teeeeny theater (in fr) and didnt mind. never read or saw les mains sales but the subj matter is much more compelling imo. i have always found french lit a drag tho

Actually Beckett was Irish with french ancestors. The Irish humour and absurdity is highly present in his works and I'm still waiting for a great theatre adaptation of Godot because as far I didn't see a satisfying one, maybe I'm just too difficult to please when it comes to theatre.

yes! i know! he wrote in fr. i majored in french lit lol i just mentioned him bc it was a part of it. i've seen the adaptations in france so i figure in an irish context it could be more satisfying (and in english)

It's a satire about society and relationships and lots of other things. He had really bad relationship with his mother so it was like waiting for Godot, as I think about it now it could be a word play god + dot, I should study again, it never went well although he was deeply hoping for it. I wanted to be a director when very young and very active, but life went different direction, but maybe I'll return to it with some teenagers. Yéééy, I have a new motivation!

This might be to scary for me, especially the dentist.

Bad memories at the dentist? :p

I know! What's it about LDW being a dentist that makes me think he's sinister???

Because the whole vibe is sinister so you add a dentist in....
I think it have to be someone like Yoo Jae-suk to not creep me out.

Perfect! Lee Dong-wook’s last drama made my teeth rot and now I am happy if he is willing to pull them all out.

I was just going to tag you saying 'Kimbap - LDW with glasses!!'

Put me under with your dreamy gaze, Lee Seonsaengnim!!

Pull them out and collect them is the vibe I'm getting from this show.

When I see people in dramas or idols wearing masks I always wonder how that would translate here. Cause if I'm in a convenience store at night and some one walks in in one of those masks I'm thinking we are going to be robbed, lol.
Even in fire season it is only the odd person who wears one.

He is soooo good for this type of characters!! I mean, I only know him from "Misaeng", but I loved him there. I am looking forward to this project now.

I honestly think Lee Dong Wook’s character will be the real villain in the end. He seems to be too mysterious to just be a mere “supporter” to Im Si Wan’s character. Plus, have you seen his character poster? His door is the only one that’s closed, which could be a metaphor for his hidden thoughts and motives.

I'm a little suspicious of his character from the drama stills. I haven't seen the character posters.

I am really excited for this! Ah so many good dramas coming up, autumn will be fun!!

I'm here for the horror vibe all the promos are giving off. I can't wait for this!