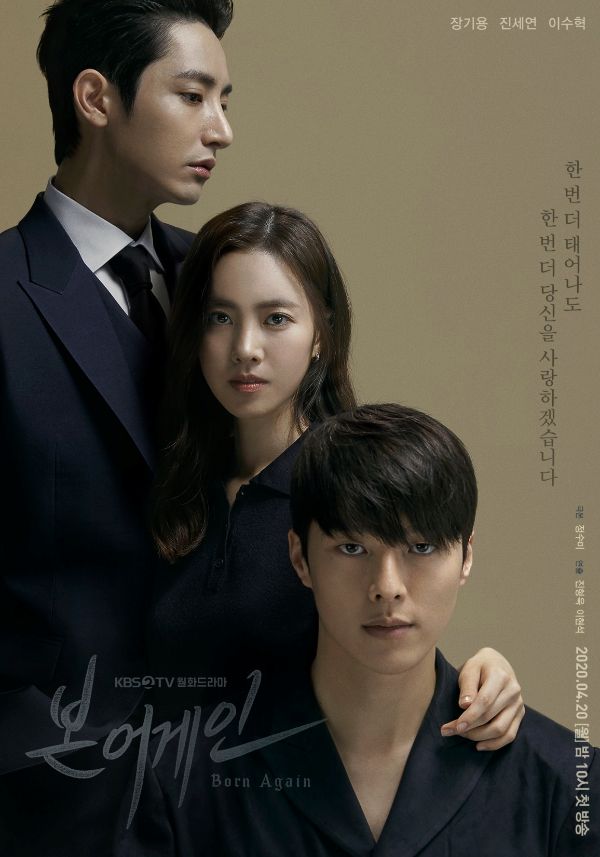 The drama explores the lives of three characters who are tied together by love and destiny across time and death. They first cross paths in the 1980s; then meet again in the present. The official poster above reads: “Even if I’m born again, I would love you again.”

The teaser begins with Jin Se-yeon waving to Jang Ki-yong from a window during the present day. His narration says: “What I already feel from that person…”

Then the scene switches to his 1980s self. Jin Se-yeon and Jang Ki-yong meet in a church, and she tells him that it’s her wish that in the next life, he will be born where no one will hurt him. Lee Soo-hyuk is in a library where he picks up a book on reincarnation.

Then, we come back to the present-day where Lee Soo-hyuk walks pass Jin Se-yeon, who calls out to him and asks if they’ve met before. The accompanying copy reads: “Fate entangled from a previous life.”

They meet again in a lab setting where Lee Soo-hyuk continues the narration: “I’ve been curious for a long time.” His desperate voice calls her name several times across different scenes. Text flashes onscreen that says: “A fate and reincarnation that passes through 30 years.”

Then, we’re back to 1980s Jin Se-yeon and Lee Soo-hyuk who are together in the “Old Future Bookshop.” Jin Se-yeon starts to say: “Whatever our souls are made of…” Lee Soo-hyuk continues the line of thought by finishing: “…your soul and my soul are the same,” and they emerge from the bookshop. Still inside, Jang Ki-yong peers through the window. 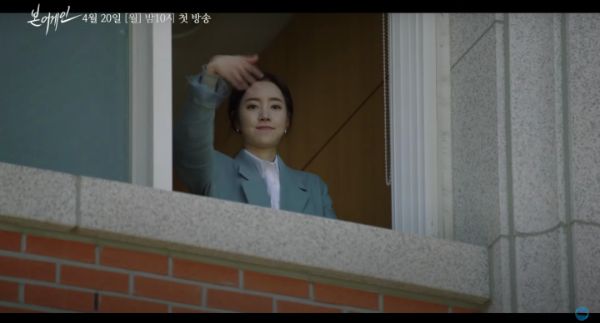 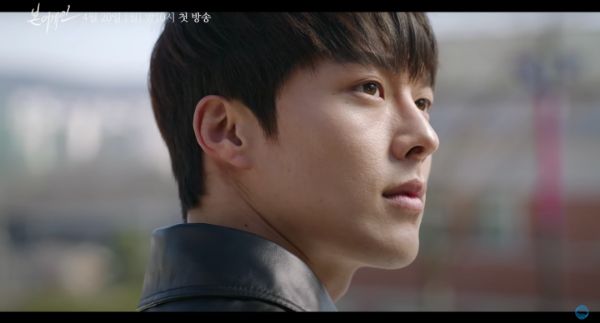 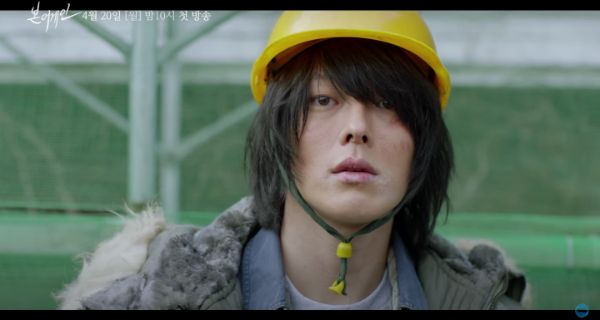 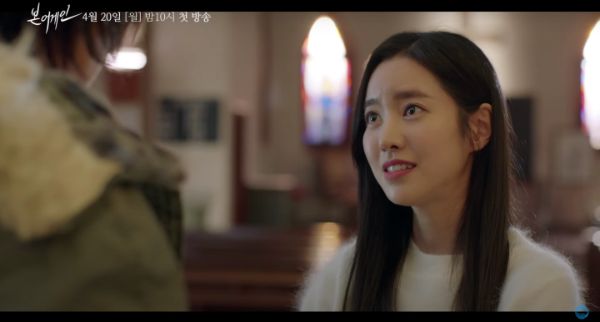 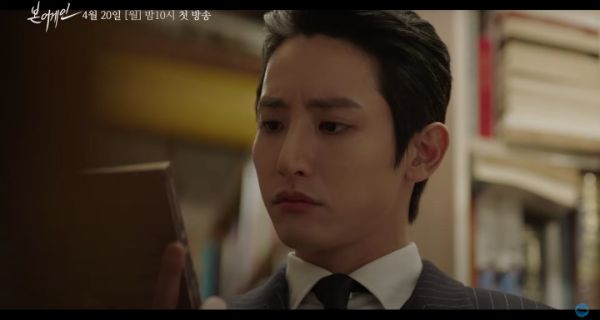 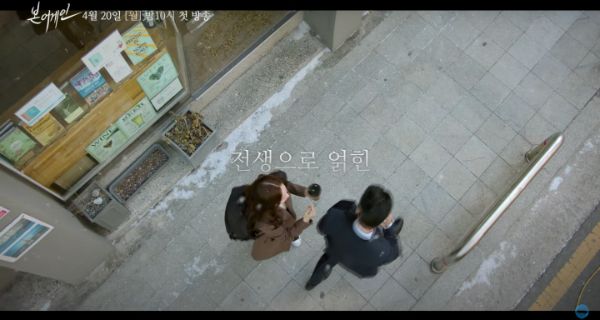 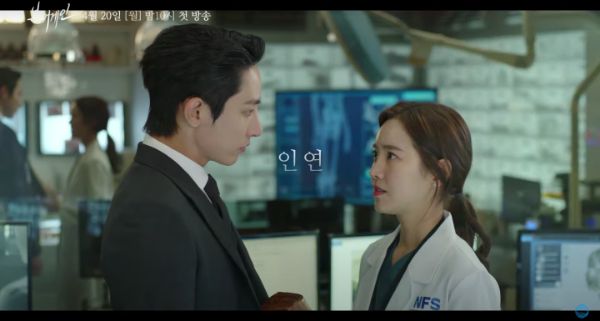 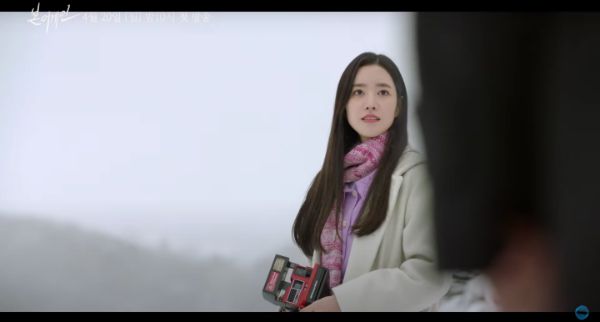 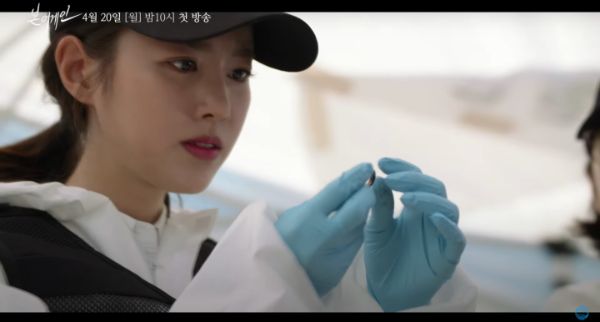 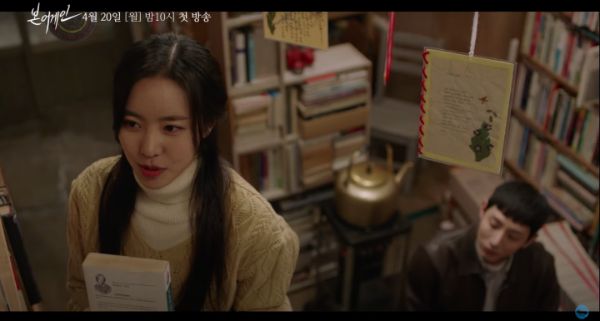 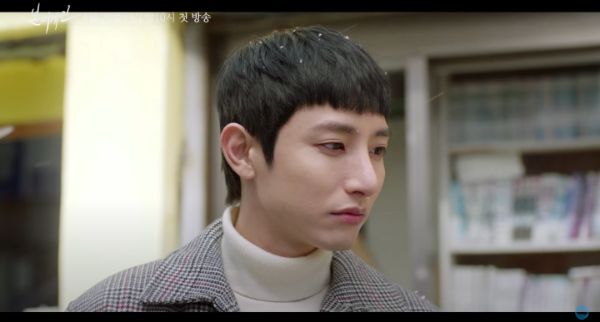 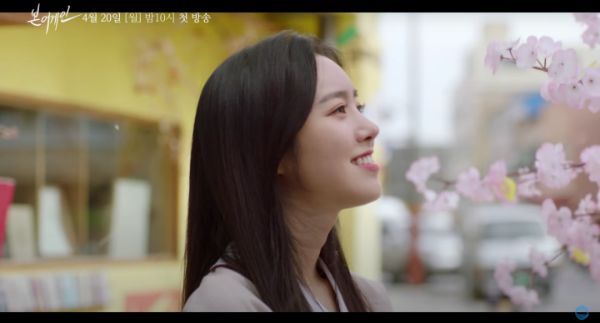 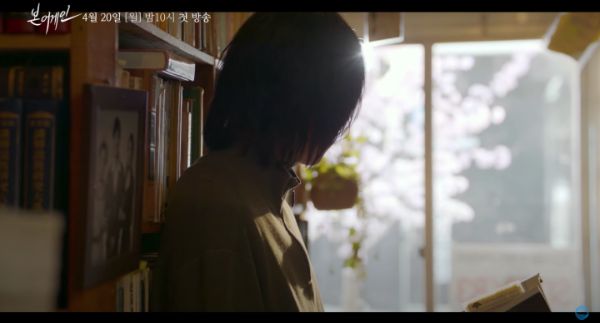 Will be watching for Lee Soo-hyuk, I missed him

Good on Jang Ki Yong turning down Record of Youth (Park Bo Gum got it), because the show would've been easing ratings success for him.

He said in an interview recently that "Anyone can play someone good looking, but that's not what I'm interested in." Seems like he wants to take risks going forward before he enlists later this year.

LOL, that's a tactful way of saying "the script is shit, I'm not taking a shitty role."

I would love to see this drama because of the 2 male leads but JIN SE YEON is just a big NO NO for me... sad

Right. Same here. I just don't feel for her whenever she days her lines. She feels flat and emotionless. Dunno why... I don't hate her but somehow I always drop dramas of her very early. Hope this time she'll surprise me with something different.

I also usually i can't connect with her feelings as she can't emote well,for me at least,she always looks in pain(saw it again here) but maybe i'm gonna warm up to her here,fingers crossed.

She is terrible in emoting sadness, anger, and everything else. Her dialogue delivery is terrible.

However, in this drama, I don't think anyone showcases their Oscars worthy acting in this trailer. Everyone is average at best.

Somehow I like her hehe. I guess everybody has her/his own favourite :)

Reincarnation is one of my favorite troupe. I will definitely check this one out 😊

This made me think of The phantom of the opera in that it is about a boy mistreated and hiding. Where a girl grow to have sympathy for this boy. And there is a love triangle. But then this reincarnation seems to turn their story around. Interesting to me.

Lee Soo-hyuk in the suit looks fiiiiiineeee!!!! Is he looking extra hot because he gained a little weight?

Both guys have deep voices. I will try to work this in because of Jang Ki-yong who was terrific in COME AND HUG ME (highly recommended and o/t in the spring of 2018 in SK the cherry blossoms were stupendous and CAHM incorporated them beautifully.) I enjoyed him also in WATCHER and GO BACK COUPLE.
I enjoyed Jin Se-yeon in the recent QUEEN: LOVE AND WAR.
I am concerned about trying to follow the plots in two time frames (for want of a better word). Well, I was able to follow the story in CHICAGO TYPEWRITER so hopefully I will be able to keep up with this one.
I have seen Lee Soo-hyuk in the creepy WHITE CHRISTMAS (also highly recommended) and LOCAL HERO (maybe not recommended.)

Sorry. Correction. In my comment above, on line 4, strike WATCHER and insert KILL IT.
(Somehow I mixed up JKY with SKJ.)

Hi, Beanies. For some reason, I thought that this would be on Netflix. Am I wrong?

When I saw the thumbnail with Lee Soo Hyuk, I gasped with excitement and held my breath to see if he finally got a lead role. It looks like Jang Ki Yong is credited first though. Sigh. I actually do quite like this cast and this looks like one to draw me right in.

I don’t understand why, to my knowledge, LSH hasn’t had a main role besides a film ten years ago. I’m a big fan, and I think he deserves it and hope he gets a leading role soon. I still feel he would have been the best fit for Habaek. Hehe.

I am beginning to like this drama. Hope the future episodes until the end will more exciting from the beginning which is a bit slow. Cant wait to see how the 3 characters in the 20s have their flashbacks.