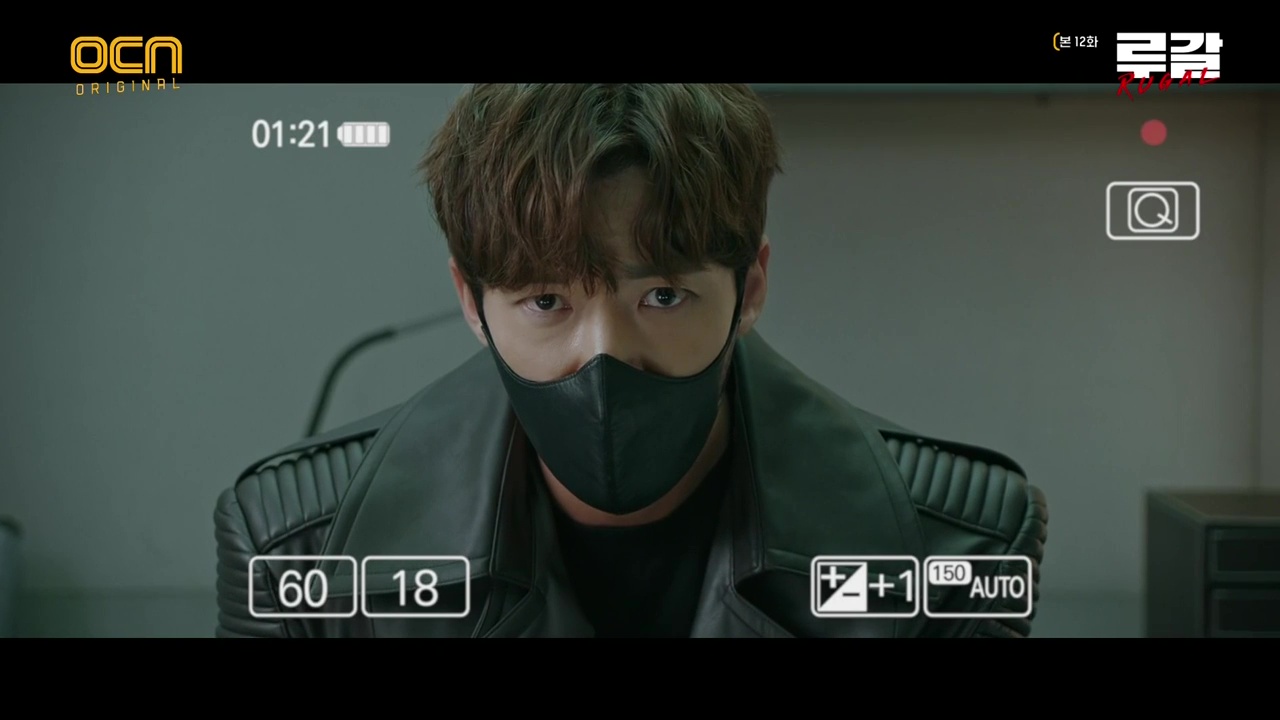 Our vigilante fighters have decided to go public to up the ante, and they’re now known by the public as the heroic black-masked “Argos Hunters.” But even though our Rugal fighters are at the top of their game, they’ve got their battle cut out for them, and a lot of unanswered questions on the horizon. 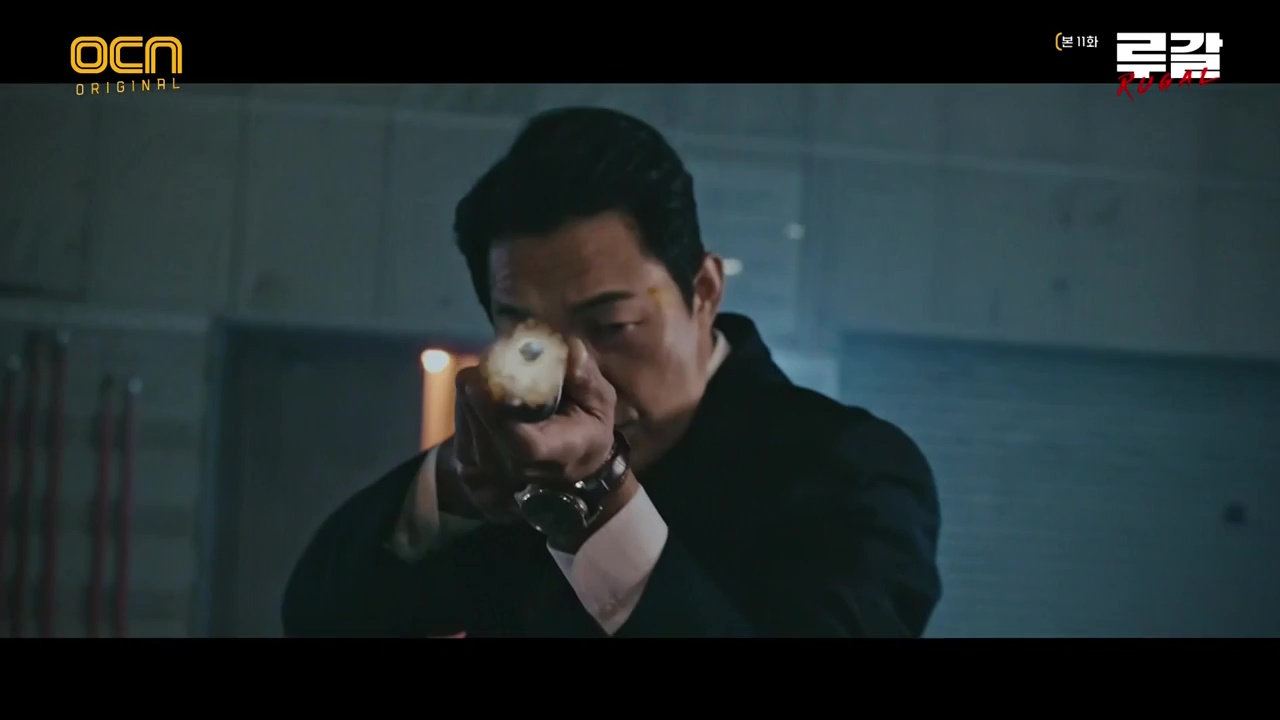 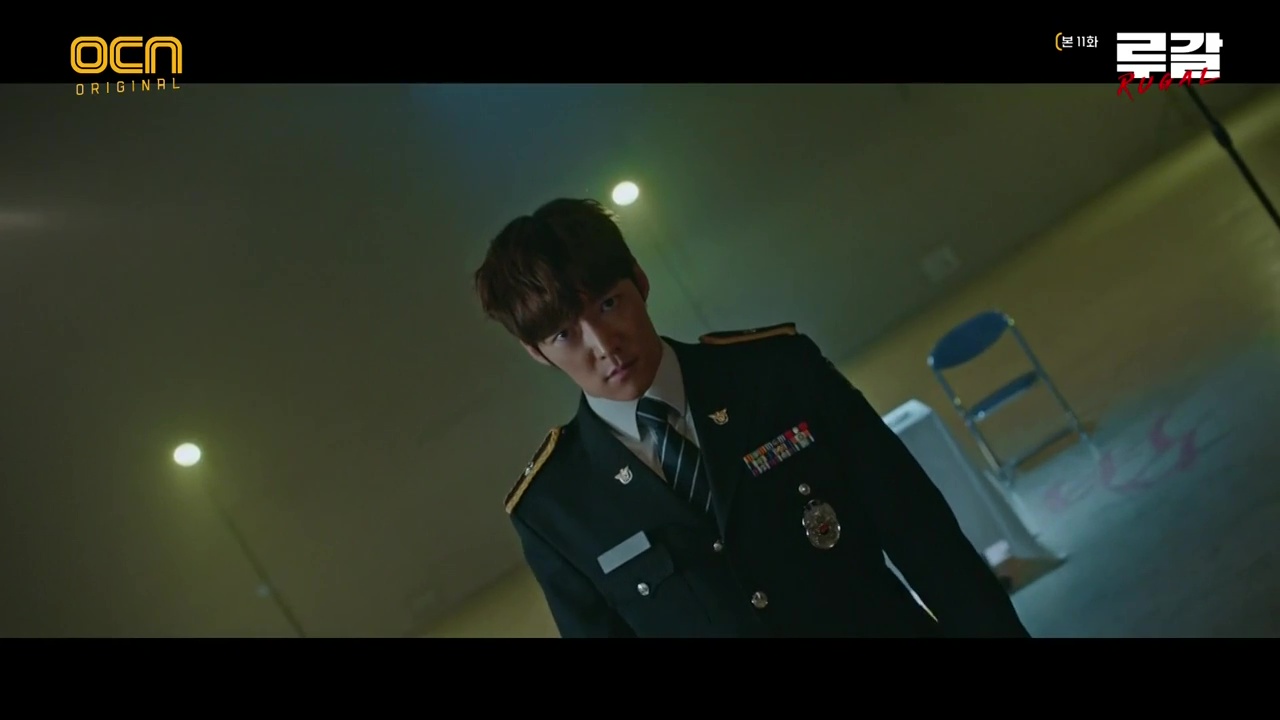 We open our episodes this week to Ki-bum riled up from Duk-gu’s broadcast, and heading into enemy territory alone. Ki-bum and Duk-gu face off yet again — Duk-gu wants the tech in his head, but he’s also a theatrical guy, so he has to do it with some pomp and circumstance. This includes having Ki-bum come into an auditorium where a camera is set up and steak meal is delivered. But Ki-bum smashes everyone, evades Duk-gu’s bullets, and says he never really liked steak.

The scene turns into a huge fight of Ki-bum versus Argos + Duk-gu with a shotgun and it looks like Ki-bum has reached his limit — until a mysterious masked Argos man turns said shotgun on Duk-gu. It’s zombie Min-joon, but hooray, he’s a zombie no mo’! 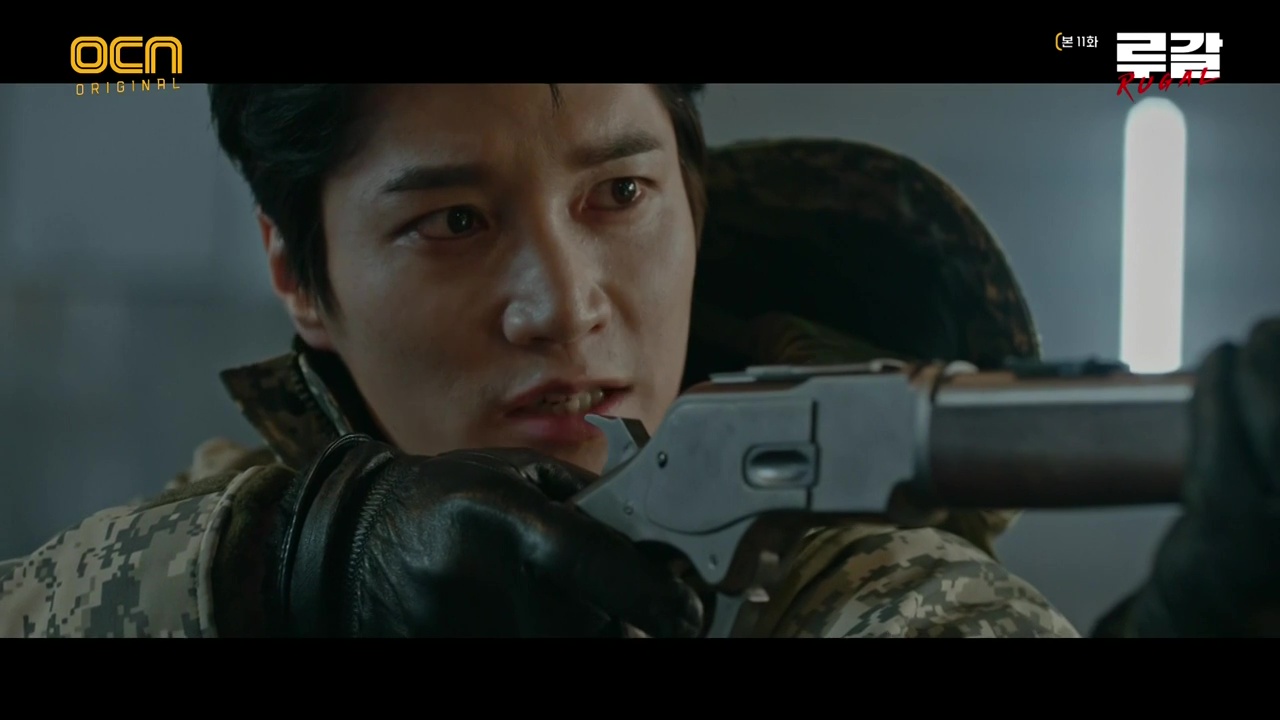 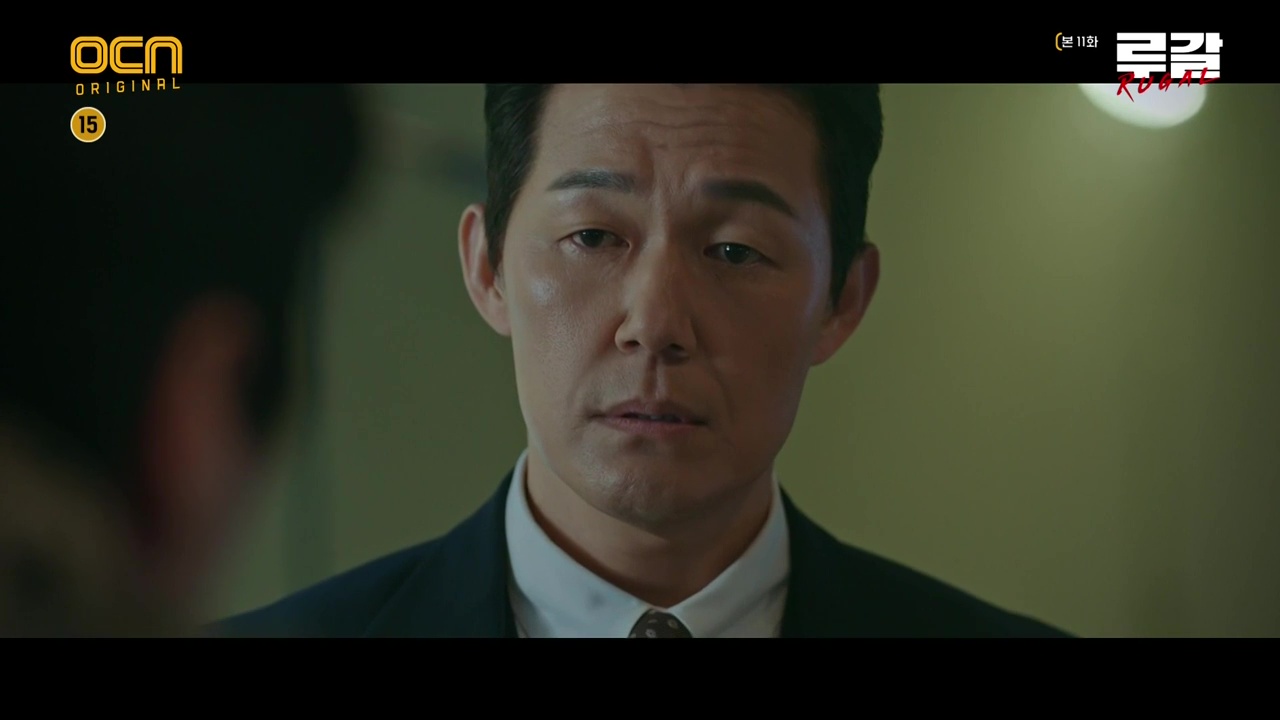 After becoming a complete robot as a consequence of Duk-gu’s weird surgeries, we were used to Min-joon as the speechless and senseless muscle. But last week, he actually spoke, and this week, well, he’s back as a human (sans the evil demarcator that was his guyliner)!

This was exciting for me, since he’s one of the few characters that’s actually interesting, and I guess the writers agree too, because we get a little more of his story. And by that I mean we see Director Choi deeply conflicted over him, and his uncovered deep cover x2. We also learn the abandoned Dr. Oh was the one who helped Min-joon “discover his humanity” again. It’s random, but we’ll see where it goes. Plus, he’s handsome. 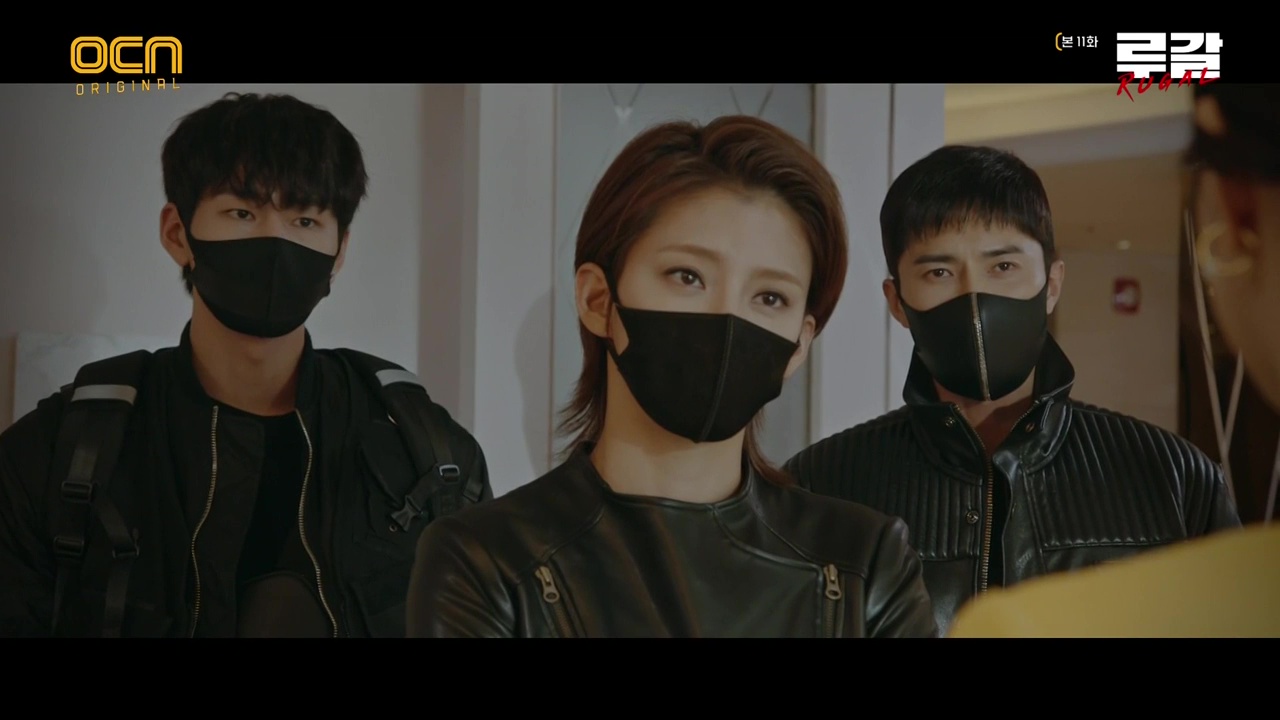 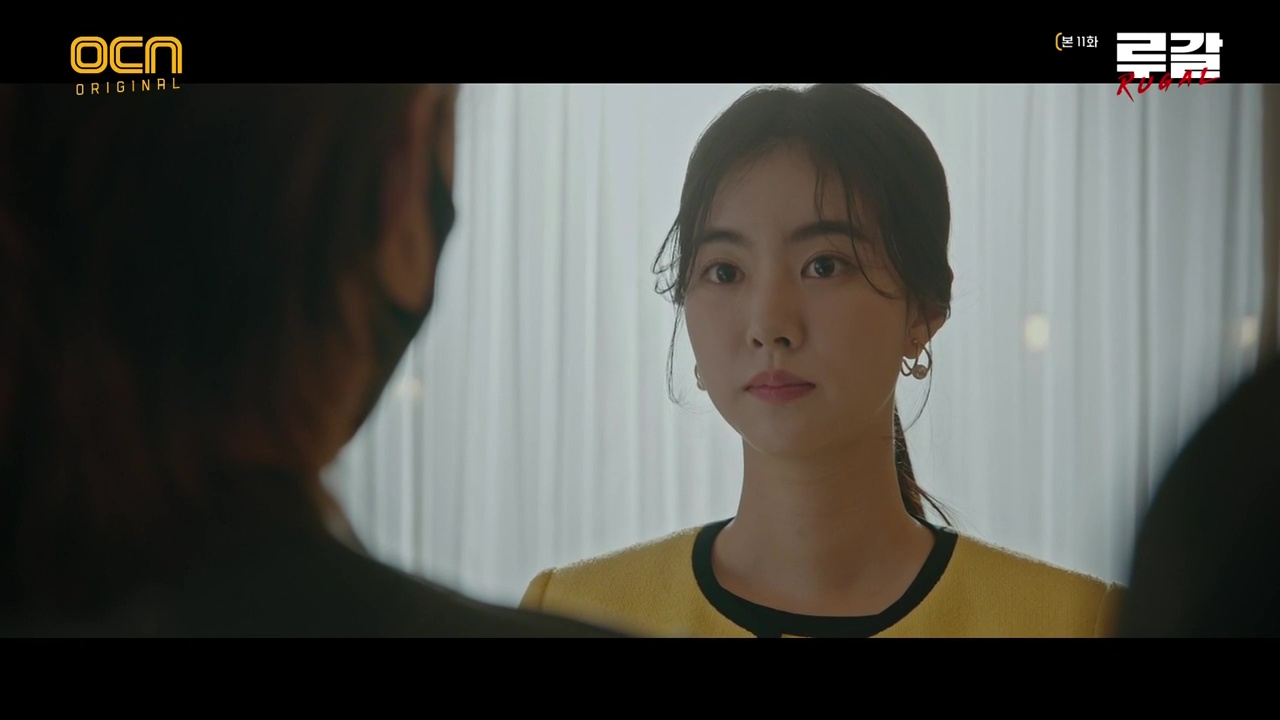 Outside of Min-joon’s storyline, we’ve mostly got the pressure that’s mounting against Rugal and Argos alike. The police commissioner, and many other insiders that worked with Argos, are slowly getting picked off. The commissioner actually meets a strange end — what started out looking like a scene featuring some drinkable yogurt PPL actually became deadly acid milk! He died instantly after a single sip.

There’s also a hijacked bus incident, and some mischief-in-the-making with Gwang-chul’s damsel in distress. Ye-won, who’s supposed to be the queen of Argos, actually has no one on her side and winds up striking a strange alliance with our Rugal peeps (minus Ki-bum), and that will surely play out as we approach our final weeks. 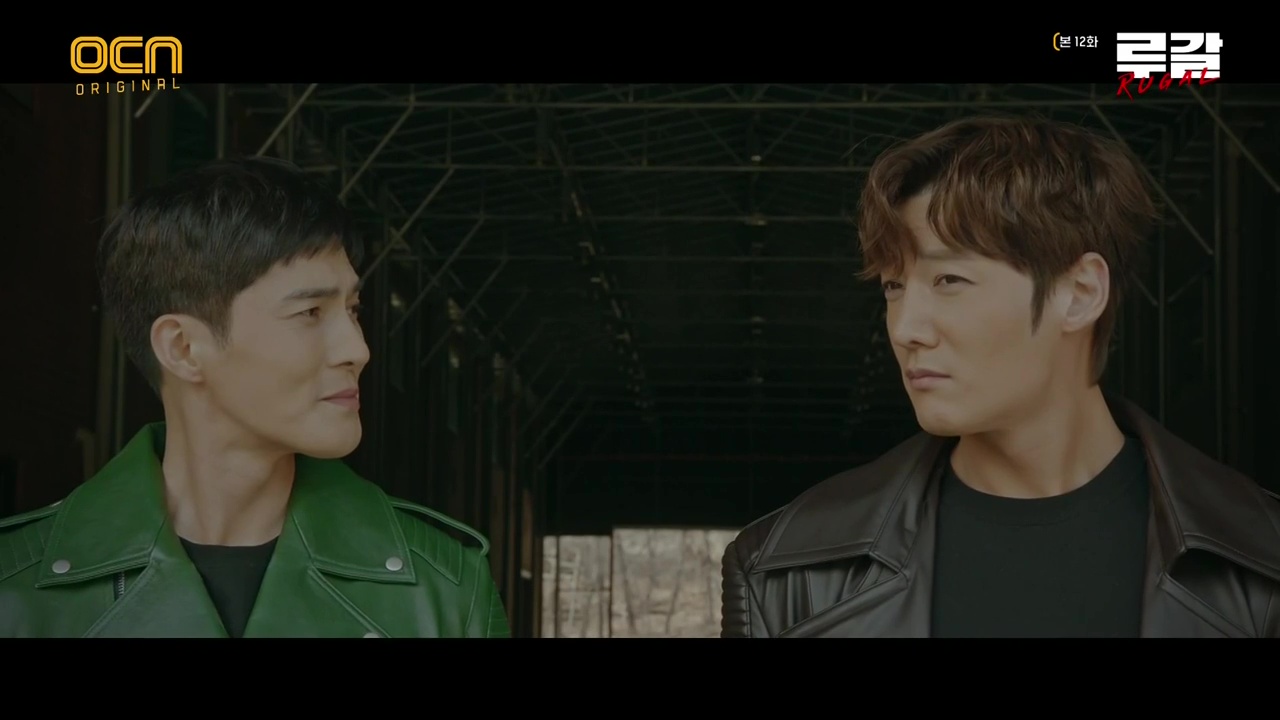 A highlight for me this week was the blossoming bond between Ki-bum and Tae-woong. These two are buddies to the end now, and we see them encouraging each other, sharing intel, patting backs, talking, and even… smiling! It was quite nice to see some actual interaction and chemistry amongst these actors, even if it was short and sweet — at least they feel a little more like people now, and less like cardboard cut-outs.

But perhaps the biggest moment this week was seeing our team shed their black leather for… colored leather? Apparently Ki-bum got them new coats (was I sleeping during this scene?) and Tae-woong, Mina, and Gwang-chul are all in brightly colored jackets; we linger on this scene as if it’s actually entertaining. 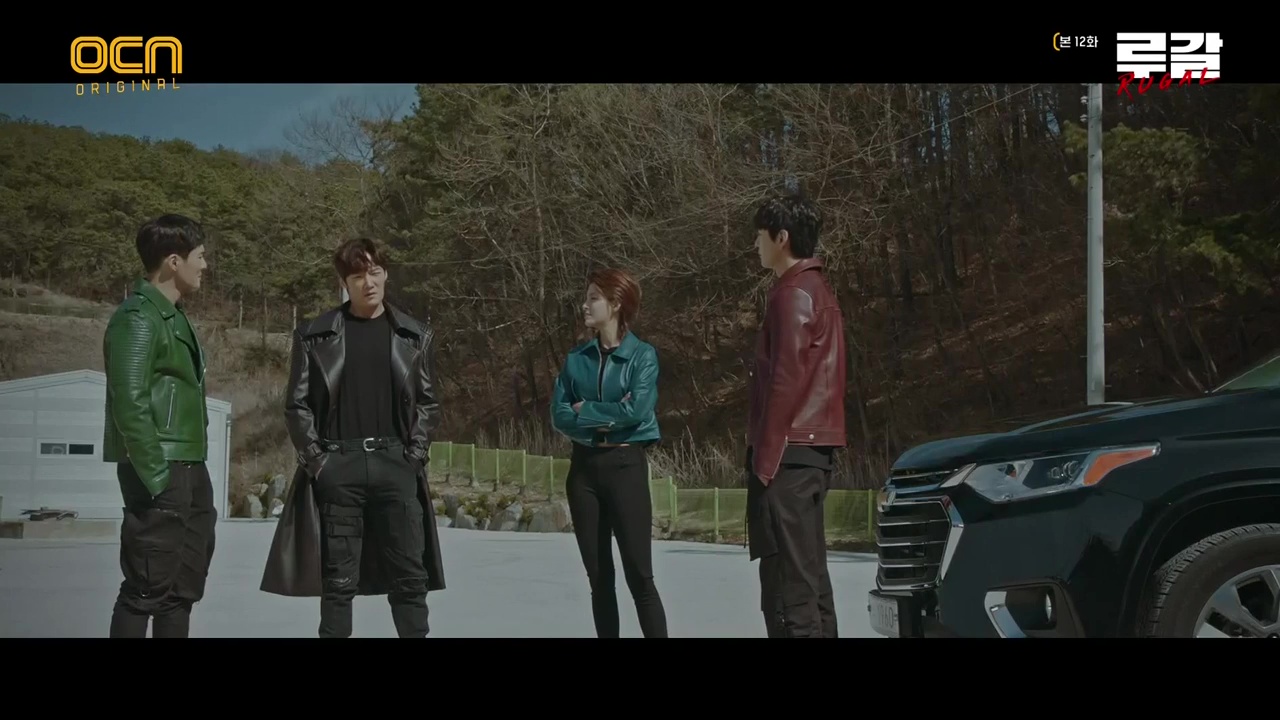 Duk-gu immediately uses this info to get to Ki-bum, and of course it works. I wish they let us enjoy the weirdness of this mindtrap for more than a scene, because it’s that bizarro. However, Ki-bum quickly tears up the whole thing and learns that what looked like his wife was actually “deep fake pornography.” Uh, come again? I’m a little out of my league here, Rugal. 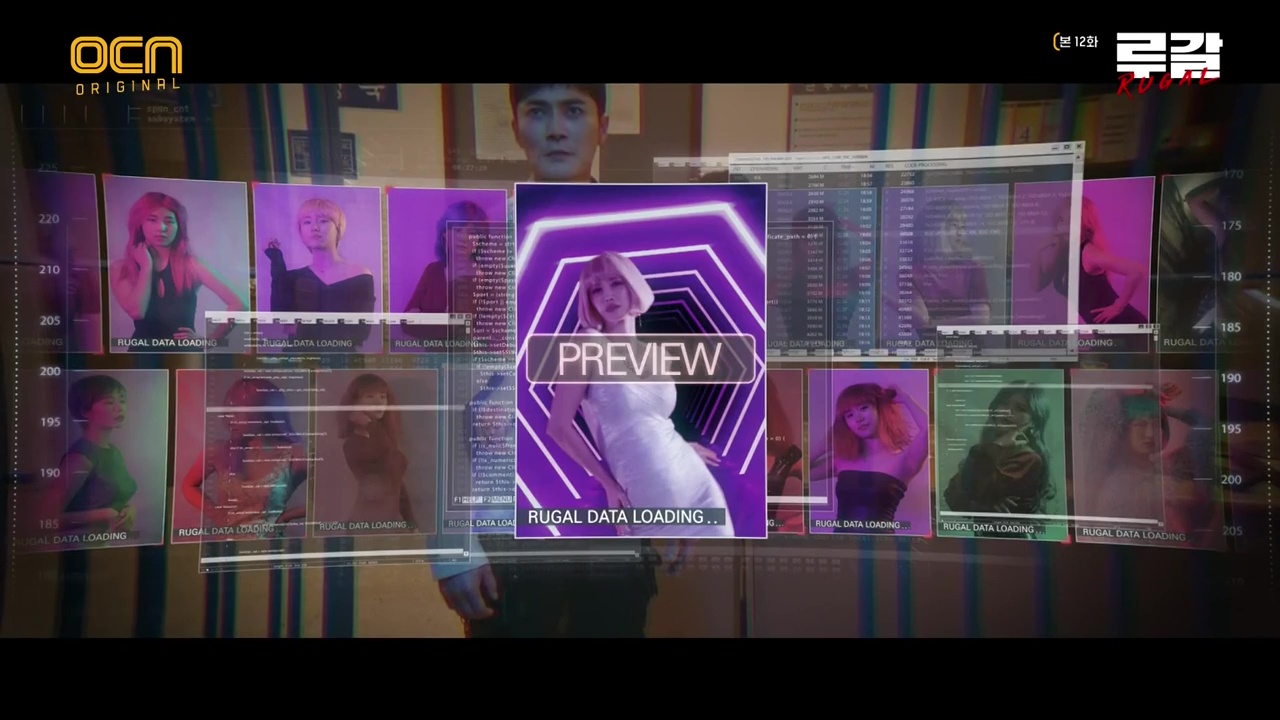 For now, this strange twist serves to rile up Ki-bum, and makes him and his peeps really analyze what happened the night of the murder. I wish they had investigated earlier, but I guess they were too busy sparring with each other. Regardless, Ki-bum’s inner AI is a big help with analyzing the crime scene, and there are some big question marks around his wife’s wounds, the lack of forced entry, the part Argos played, and many other shady things that make you go, “Hmm.”

For the first time I can say I’m actually intrigued by this show, and where it might go from here. Can Rugal really pull something this big off? Can they undermine the very foundation this drama has been built on, and make the new reality both bone-chilling and believable? I’m not sure, but I’m rooting for them. 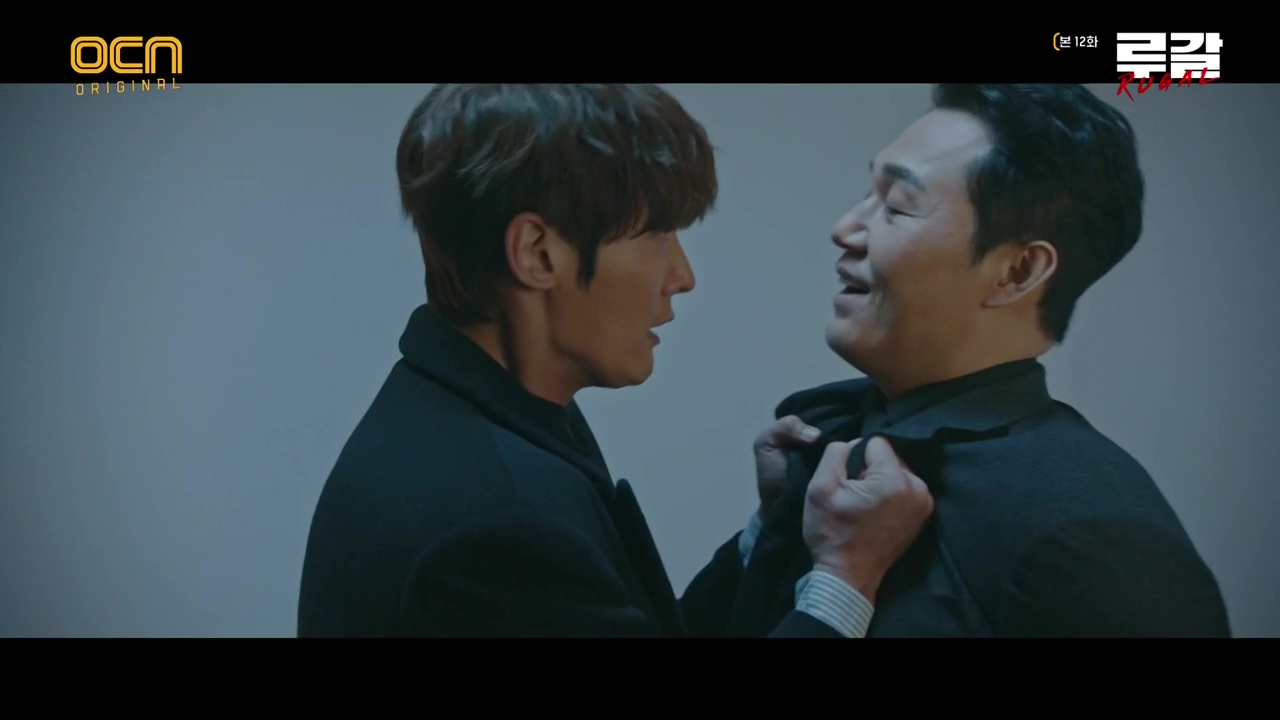 @missvictrix: You have such a way with words - why are you trying to make me want to watch this show??

@linda-palapala I am kinda lonely in Rugal land by myself...

I'm not watching this but I hope you are enjoying yourself with these shows. I feel like you could easily burn yourself out.

@missvictrix:
I am kinda lonely in Rugal land by myself...
How could possibly have known guilt works with me??

*waves back and sheds a tear of thanks*

Jajaja I burst out laughing at your comment about falling asleep during the colored coats scene. I totally did, and had to rewind to see if there had been a shopping scene. Alas, there was none...

is this worth watching? i'm a fan of choi jin hyuk, but after watching his 2 revenge dramas (the last empress, justice) which didn't click on me, i'm kinda put off watching this.

@gijoona If you didn't like those two dramas, this one is even worse ;) But, it's very slick and stylish, and Choi Jin-hyuk (who I also like very much) delivers his one-liners well. If you don't dig the first ep, it's a good indicator since this drama doesn't change much from the tone/quality established in Ep 1.