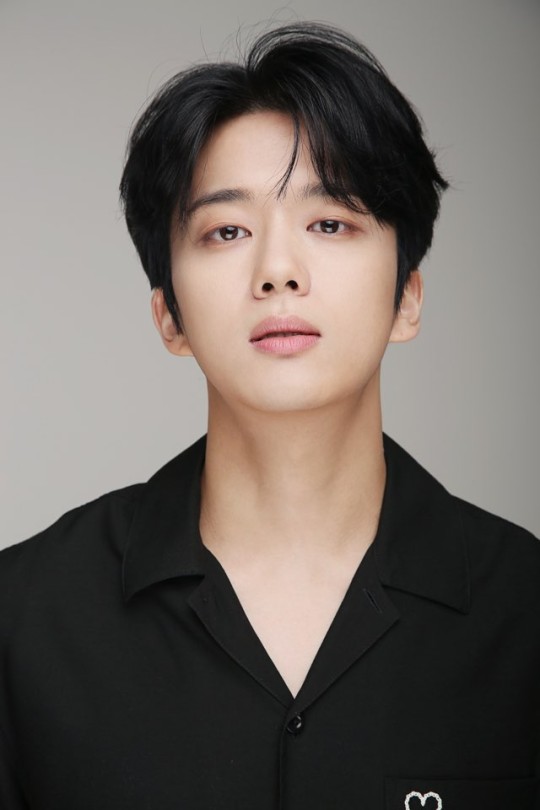 The drama stars Shin Hye-sun (Angel’s Last Mission: Love) as Kim So-yong, a regal queen in the Joseon kingdom – at least in appearance. Somehow another person’s soul becomes trapped inside her body, which would be strange in itself, but adding to the complications–the soul belongs to a liberal thinker (conflicting with the more conservative norms of Joseon society). Said soul also happens to be a man from the future 21st century. Naturally, shenanigans ensue.

Kim Jung-hyun (Crash Landing on You) takes on the role of King Cheoljong, husband to Shin Hye-sun and a man with many secrets. On the outside, he seems to be a meek and easily manipulated puppet king. However, he conceals a steely inner strength and his gentle smiles mask the coldness inside of him.

Rounding out the royal family, Bae Jong-ok (Graceful Family) plays the Dowager Queen Soonwon. Mother of the late King Heonjong, she appoints King Cheoljong as the successor to the throne and is the true person of power in the palace.

Kim Tae-woo (Tale of Nokdu) plays Bae Jong-ok’s younger brother, Kim Jwa-geun. Ambitious and influential, both Kim and Bae are part of the powerful Kim clan who wield a strong hold over the royal court.

Acting in a supporting role, Yoo Young-jae plays the character of Kim Hwan. He is the youngest son in the powerful Kim family, and grew up in wealth and comfort. Described as bright, but a little naïve and immature, he has a tendency to blab about his family’s affairs and is often seen as the family’s sore thumb as a result.

Yoo Young-jae’s agency reported that Yoo was selected through an audition process and that filming has started for his scenes. As this will be Yoo’s first time acting in a sageuk, he revealed that he has been working hard, practicing and taking part in acting classes to help prepare for his role.

Directing for Queen Cheorin will be helmed by PD Yoon Sung-shik (Babel, Hwarang, Gaksital) and scripts will be penned by writers Park Kye-ok (Doctor Prisoner, Age of Feeling) and Choi Ah-il (Dating for 6 Years)

tvN’s new fusion-sageuk comedy Queen Cheorin is currently in production and the timeslot will soon be determined. 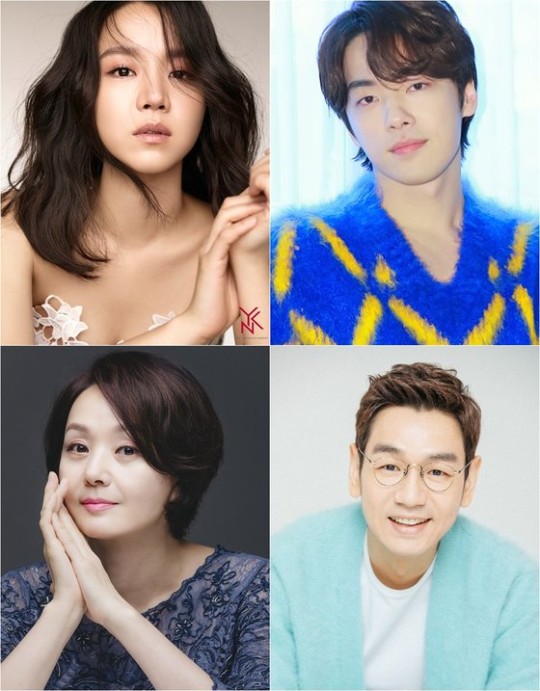 I will watch anything with Shin Hye Sun.

This whole cast is really strong. I am looking forward to see this drama because of the entire group. I hope Kim Jung-hyun stays strong to the end. He is such a great actor and he needs to shine in leading roles. Given the right circumstances, Shin Hye-sun is a good actress, too. I love love love Bae Jong-ok. She does extrude the confidence and the charisma of a powerful woman and I think Kim Tae-woo will do so well in the role of the ambitious (I read greedy) brother. I am looking forward to this drama.

Oooooh this seems interesting. I know nothing of their acting skills but I do miss BAP T_T Though I 10000% don't blame them for running from that horrible company. Glad to see a number of them in solo projects!
Also Shin Hye Sun will be awesome as always.

My feelings always are mixed when someone is trapped in the body of someone else and there is a love story. It's not really clear who falls in love with who. In this case, it will be a man? So it looks fun and I'm curious about the angle they will choose for the story.

PS: The Kpop video is really annoying. I don't come on dramabeans to listen kpop (I do listent kpop but I like to chose my songs :p).

I have ptsd from "Oh my ghostess" in that regard, but Im willing to give this body/ soul swap drama a go.
I hope they make the body change permanent like in "Princess go go " with the real Queen Cheorin not there anymore. And the male character in her body having to come to grips with his new gender and falling in love with a man.

This is why I could not enjoy one cdrama like that...the Eternal love I think, where one of the FL uses another persons body to seduce and sleep with someone... And the original owner cared very much about what her body was used for...

I greatly admire Shin Hye Sun's talent but (1) as a matter of personal taste, few words regarding kdramas turn me off more than "saguek comedy" and (2) from a historical perspective, it's hard to connect Queen Cheorin and King Cheoljong with laughs and giggles.

BTW, is it because of the Empress Myeongseong renaissance that we are getting two series set during this reign so closely together? I cant recall seeing even one before this year.

A parody like Legend of Hyang Dan is more my kind.
I don't know what to think of this.

I concur with your comments @halofan68.
I believe your second paragraph is a reference to TV Chosun’s currently airing (and available on Viki and ODK) sageuk WIND, CLOUDS, AND RAIN/KING MAKER: THE CHANGE OF DESTINY.
I am really enjoying it but Queen Cheorin is not a character in this drama for some reason.
Although I have scanned the history of the era of King Cheoljong and Queen Cheorin I don’t see where the comedy will come from.
I enjoyed Shin Hye-sun in 30 BUT 17.

I am only through ep. 8 of W&C&R but IIRC, by the time of the show's events, their only son had already died in infancy, such that the Dowager Queen, Sinjeong, had the greater role in ultimately enthroning Cheoljong's successor, so I assume that in series with already a good number of characters, Cheorin was seen as dispensable.

Hmmm, not sure about the plot. Maybe they should have the shamans or exorcists handy... But Mori in royal robes *heart eyes*

This must be the adaptation of go princess go the Chinese drama. It's not a BL drama, though the ML embrace his feminity sides, quite hilarious XD.

I have no idea how this story lends itself to be a "fusion-sageuk comedy" but good God, this is my dream cast!
Shin Hye-sun AND Kim Jung-hyun?
I think the collision of these two stars could cause a drama singularity.
Or maybe I just HOPE it does.
You couldn't keep me away.

A drama singularity- what an image: All of K-drama-land being slowly sucked into one drama......

I was thinking more like everything in the known universe circling around it like the Milky Way orbits around the black hole in the centre of our galaxy.

I of course don't actually expect this from any drama, that's insane.

It might come close though- if the writing is also good

Shin Hye Sun and Kim Jung Hyun together are a perfect combination.

They are both extremely talented and charismatic. I trust their script choices since both of them have chosen really well in the past. They are in demand, so there must be something about this project that made them accept it.

I think the crazy storyline will get people guessing and engaged while watching. I don't think the drama will get into controversial territory, though. This is South Korea we're talking about.

I don't know how this is going to work but the leading pair is my dream casting. This is going to be Kim Jung Hyun's first full fledged lead role and I love him too much to miss this. I don't hate the plot but I do't see how we will have a scope for comedy

Ideally I would have loved for them to be in a modern day show but I trust their choice in dramas and is fully onboard with this pairing, both super talented and underrated actors. I’m also really excited to see Young Jae branching out into acting and thought he did a good job in his debut role in woman of 9.9. Hopefully he gets more screen time and I get to see more of his acting.

Shin Hye-sun is my favorite actress in the world- so I have faith in her ability to pull this one off. Certainly no one else could- that has to be a really really tough character to portray. Fusion-sageuk is not generally my cup of tea- but I will watch this one with my wife (who is close to all Sageuk all the time- ok not ALL the time). I must say that Shin Hye-sun continues to challenge herself and the results are always wonderful.

What? I didn't know ex-BAP's Youngjae has been branching out to acting career. He was my bias in BAP and I still remember his dual role in one Shot MV as a police who was pretending to be a part of Youngguk's bad guy group 😂

Saguek is really not my cup of tea, but seeing the cast I can't keep this one at an arm's length. Have a particularly soft spot for Shin Hye-sun, Kim Jung-hyun and Kim Tae-woo.

Why tie this story to actual historical figures? Especially those that don’t lend themselves to comedy?

This is on my watch list. Shin Hye Sun would be spectacular in this role 😀

I’m always on edge when I hear Kim Jung-hyun casting news, after his Time debacle. I really, really felt sorry for Seohyun then.

Abandoning a project midway is always not good and is frowned upon in Korea but surprisingly people seemed to be completely fine with KJH leaving Time(considering how people who earlier left projects because there wasn't a good working environment were faced with severe backlash but he wasn't because he had health concerns) . Seems like maybe he was in grave trouble probably mentally. So if a job is becoming too burdensome and stressful, what is the issue in leaving it? Provided my first line still stands, the audience at times forgets that this is a job, the actors don't owe the audience anything and if they wish to leave because they're unwell, they should like in every other job.