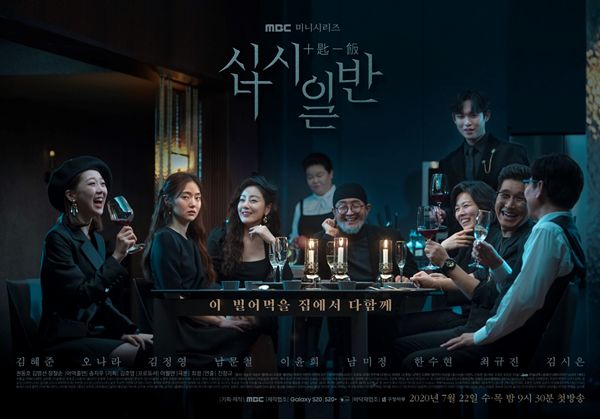 Dark mystery-comedy drama United Effort to Accomplish One Thing has released a new poster and more promo stills. For their own respective reasons, nine individuals come together and try to out-scheme each other to seize the final legacy of a famous artist: his multi-million-dollar wealth.

In the poster, everyone is gathered at the dinner table enjoying wine, while Kim Hye-joon (Kingdom) stares straight at camera. The caption is almost unnecessary because her expression says it all: “Together in this shitty house.” 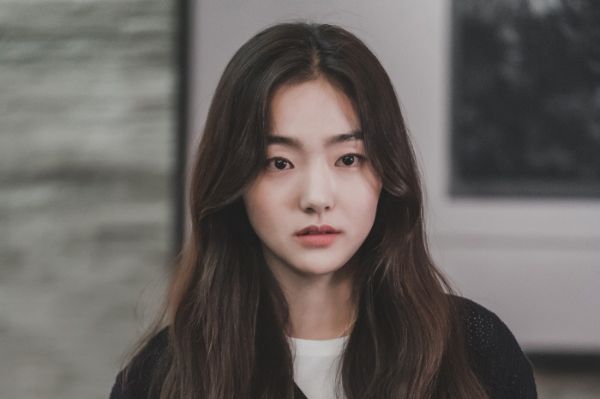 Kim Hye-joon plays a college student who is the biological daughter of the famous artist. She arrives at the main residence to celebrate her father’s birthday. She’s both an observer and the most important deciding factor in who wins her father’s assets.

Oh Nara (9.9 Billion Won Woman) plays Kim Hye-joon’s mom and the artist’s former mistress. She used to be a successful model and is still stuck in reverie of her heyday. She doesn’t hide her greed for money or her suspicions about other people.

I’m excited for United Effort to Accomplish One Thing because it almost sounds like Knives Out with a dark Liar Game-type twist.

MBC Wednesday-Thursday drama United Effort to Accomplish One Thing, written by Choi Kyung and directed by Jin Chang-kyu, will begin airing on July 22. 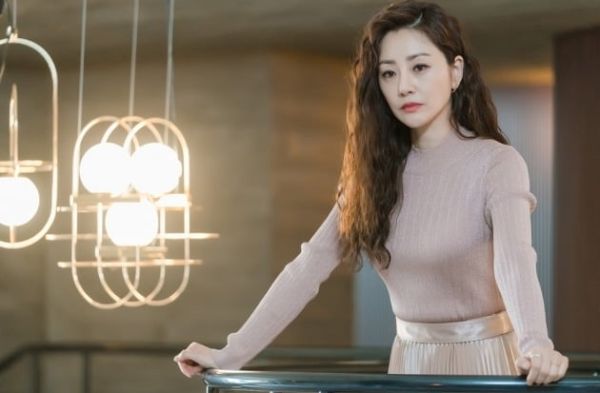 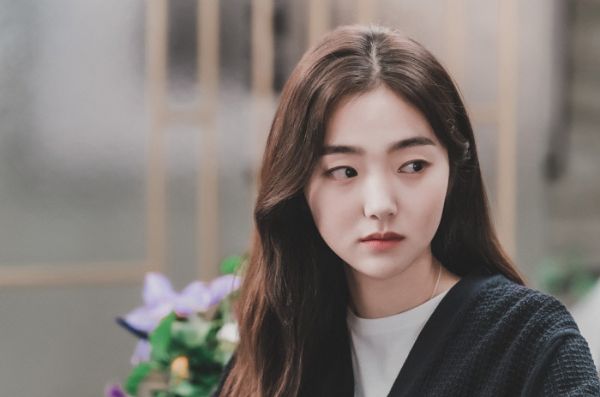 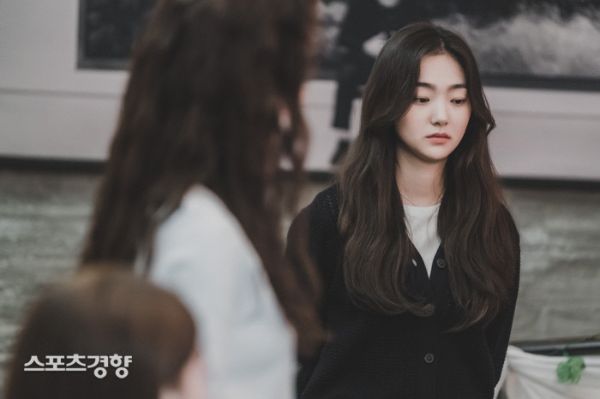 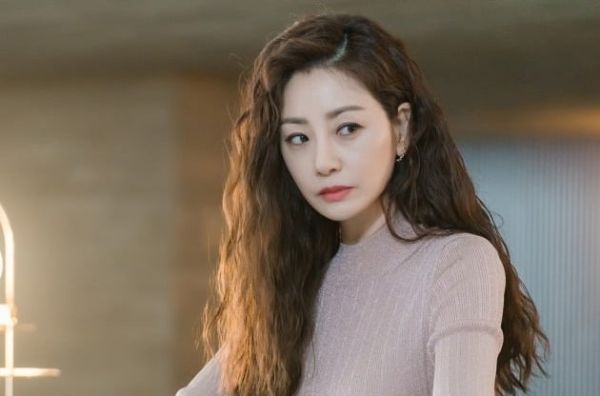 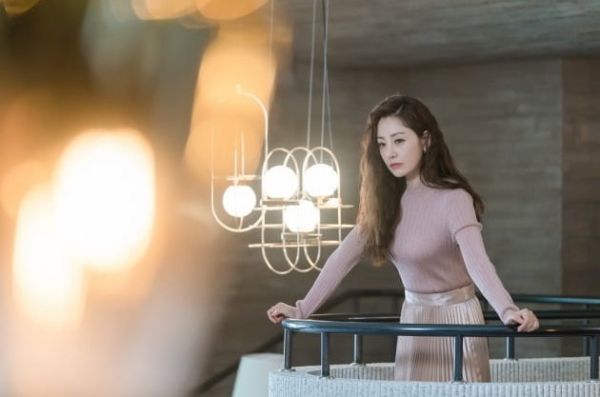 It'said it was shot or sponsor Samsung Galaxy S20 as what I saw on this poster.

Looks like it would be a regular complaint about kdramas having long names nowadays lol. Cause that's one long name.

I won't be surprised if they still managed to change its name to maybe make it worse lol. That said the plot sounds interesting. I would watch it.

According to Viki, AsianWiki, My drama list, the title is now Chip in (Chip-in).
Super short lol

Interesting. It does not show up on Viki in Canada under either of these titles or the lead actresses. So many of the new shows I wanted to watch are not showing up on Netflix or Viki. And I still want one one them to get a license for City Hunter.

Oh Na Ra is so pretty and charming.

Interesting! Also according to MDL, it has 16 episodes of 35 minutes each so just 8 episodes!

Damn, I notice that a lot of channels are taking liberties with the on flux of sensory overload these days by shortening up the episode counts. The Daycare drama which tvN had was suppose to air in August for 8 episodes and then pushed back to Nov. hmm.

MBC seems to be the channel experimenting with this with Kkondae Intern (12 episodes), Chip In (8 episodes), and SF8 (8 episodes). Intriguing, and a good way to mix up the stale drama market rn.

I love Knives Out! It was hilarious and easy to pinpoint who did what, but it was still a good mystery comedy.

i keep thinking i feel so familiar with the story after reading the synopsis and you are right, its kinda remind me of knives out. so excited for this

Now comes the wait to see what streaming service it appears on. My obstinate refusal to subscribe to Netflix is starting to crumble.