A male chef from present-day Seoul is transported back to the Joseon era in the body of a young woman who is about to become queen. At first the chef clashes with his new reality, but soon the consciousness of the queen takes over, and he becomes invested in the court politics. 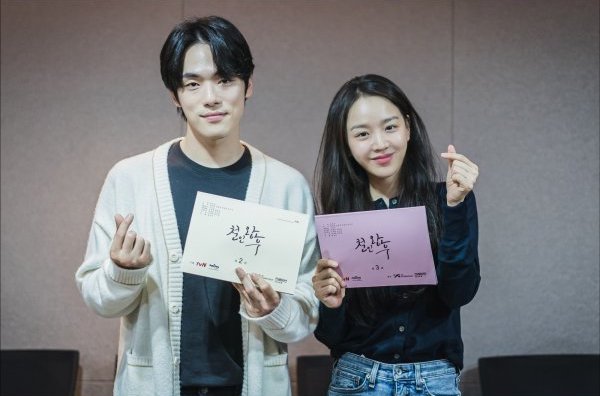 When the soul of a blustering male chef enters the body of a Joseon queen, scandal ensues between the soul-swapped queen and the two-faced king. Shin Hye-sun plays the role of the feisty, problematic chef who originally worked for the present-day Blue House (the presidential residence, aka Korea’s version of the White House), but enters the body of the titular Queen Cheorin.

Kim Jung-hyun plays the role of King Cheoljong, who seems like a foolish puppet ruler but is actually very sharp and determined. Behind his seemingly carefree smiles, he hides his secret plots. Together King Cheoljong and Queen Cheorin are the perfect display window couple, but all that begins to change when the queen’s soul is swapped. Bae Jung-ok (Graceful Family) plays the dowager queen who put Cheoljong on the throne. She’s the actual political power of the nation. The difference between her dangerous aura and Shin Hye-sun’s unpredictable energy as the soul-swapped queen will be interest to see. Kim Tae-woo (The Spies Who Loved Me) plays Bae Jung-ok’s younger brother, who is central in aiding her maintain her supporters and power. 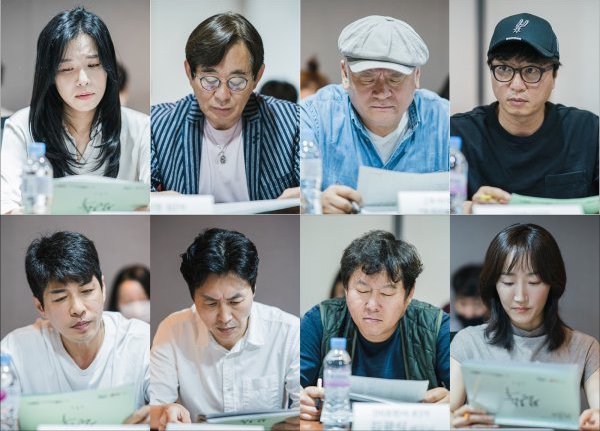 I am a little confused... is the chef male or is it Shin Hye Sun? Is she playing a trouser roll in the modern times? Or is she playing the queen that is possessed and the male chef is played by someone else?
Either way, confusing shenanigans aside, I already know that both leads will break my heart to little pieces, even if this is supposed to be a comedy.

I also really excited for this and for the actors!

*Groan* I have watched just about every drama in which Shin Hye-Sun had a lead or significant supporting role but more body-swapping AND a farcical sageuk (lordy, I hate these) is a big ask.

I don’t really understand the role of FL here but impressed me a lot in My Golden Life and in FoS1. I think that the chemistry between the leads will be interesting.

A tip this drama is remake from go princess go, yes the chef soul will enter the queen body and the hilarity ensues

I can't believe they are remaking Go Princess Go with such a brilliant cast! I will surely wait for this drama.

Didn't quite get the plot, but Shin Hye Sun has yet to fail me with her choices, so I would like to give this a go.

I will try anything once for Shin Hye Sun.

I think KJH's role is gonna be very interesting. He's believed to be dumb, but has strong aspects? What if Cheoljong was just pretending and the truth is that he's been deceiving the queen and her brother all along? That would be a great twist. Kim Jung Hyun is an expert choosing roles. His characters are always fan favourites whenever one of his shows air. This king has secrets and I love the mystery.

Shin Hye Sun will knock it off the park as usual. I know a bit more about her role because I watched Go Princess Go a few months ago, but I'm looking forward to her A+ acting.

Tvn cast my two favourite actors and I can't wait for this!!!

This is a pairing I didn’t know I needed. Now I’m gonna reserve the dates to watch this. Hopefully it won’t clash with my exams. And even if it did, whats more important? Drama of course!

Is this really 20 episodes?

Kim Jung Hyun? Whatever it is, bring it on!

Honestly the plot seems completely far fetched and even weird but if anyone can make this work it is Shin Hye-sun, my very favorite actress. After all, this cannot be as fundamentally flawed as the attempt to meld together two incompatible world views- which is exactly what we had in ANGEL'S LAST MISSION where Shin Hye-sum actually made things work and delivered a very watchable drama.

So I will be watching this because I have faith in Shin Hye-sun.

I love Shin Hye Sun and Kim Jung Hyun. The body swapping plot seems hilarious and I know Shin Hye Sun can pull that off well. This show can go either way.