Superpowered amnesiac Kim Rae-won just wants to be human in L.U.C.A.: The Beginning 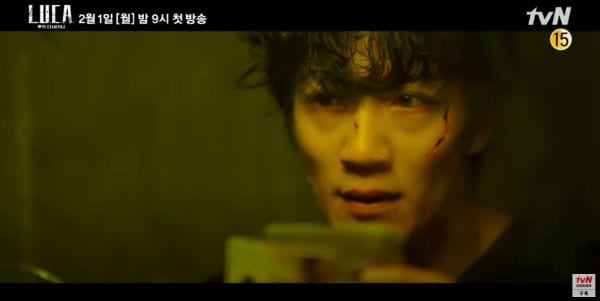 L.U.C.A.: The Beginning with Kim Rae-won (Black Knight) and Lee Da-hee (Search Query: WWW) has recently released a promo teaser. L.U.C.A. is a sci-fi thriller about a man who has a unique superpower but no memories of who he is. Lee Da-hee plays a police investigator that seems to know a lot about Kim Rae-won.

In the newly released teaser, a bloodied Kim Rae-won runs around the city, often checking behind him, as though he’s wary of pursuers. He narrates, “I don’t know why I’m here or how I got here.” Lee Da-hee says in reply, “Just because you don’t have any memories doesn’t mean that you don’t have a past. You’re not a normal human.” Then there’s a scene of him fainting on the bridge and subsequently on the bus, indicating that there’s something wrong with his body. Is it his superpower or some other brain trauma related to his memory loss that’s causing him to faint?

The next scene shows him sprinting along a metro track, running away from multiple suits, and his narration continues: “I am a human. I want to be a human.” At a certain point, Kim Rae-won bends down on the train tracks and decides to activate his superpower. Copy onscreen says: “A man with a world-changing superpower is chased.” He confronts Lee Da-hee’s character, who has a gun behind her back. He frantically tells her that he can live like he has no power.

Then, there’s a quick cut to a scene where Kim Rae-won is stabbed. He screams in agony, and Lee Da-hee runs desperately; in her voiceover, she tells him, “It’s not a superpower, it’s a potential calamity.” A Catholic institution is burnt down, and children and nuns flee from the flames while Kim Rae-won remains alone inside surveying the damage.

He’s caught by Kim Sung-oh (Graceful Friends) in a deadly armlock, and his eyes begin to turn bright blue. His voiceover continues: “Wait. I will make everything right,” and the teaser ends with a last scene of Kim Rae-won looking up toward the cityscape. 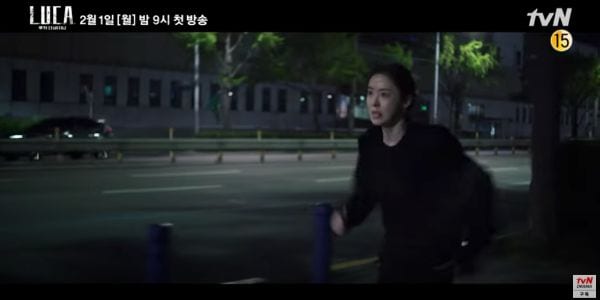 He should find his memories to punish his hairdresser!

I'm surprised they will air this drama after Awaken, it's the same kind of drama, a ML with super powers.

Lol, st hairdresser and you are correct. You have superpowers, take your time, find a nice barber and get a good haircut sir.

My guess is Awaken was supposed to be aired before Birthcare Center... But the order got switched because of the casting controversy (and Covid probably, I don know)

Birthcare center was actually supposed to air in August but they postponed the drama to make it fully preproduced instead. So, I think that awaken and luca were to air one after the other originally as well. But never know, coz I read somewhere that shooting for luca finished in September itself.

Maybe they needed time for the postproduction.

Oh okay!
I'm sure the COVID situation messed up the drama schedules a lot last year....

I’m looking forward to this, loving the supernatural.

There is no way I take this seriously, so will definitely watch, plus I love Lee Da Hae!!!😅

Maybe he's a Neanthal from Arthdal. "The Beginning" sounds suspiciously like a Season 1 by the way.

there must be something about super power+super hair+electricity that gets them this unique hair style!

Oooor maybe he is an even more powerful Counter than So Mun :O

I don't think I've ever liked anything Kim Rae-won's been in. This looks kind of bad.