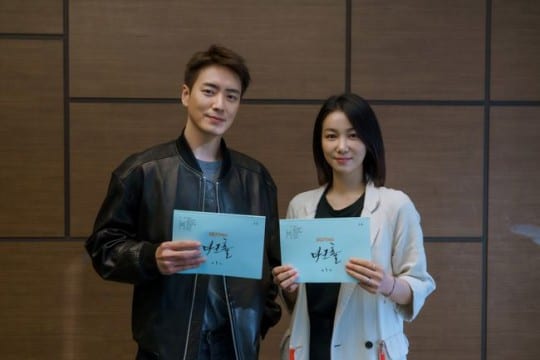 The story sets off when a sink hole appears in a small town, which seems to be the source of mysterious black smoke. The smoke infects anyone who breathes it in and the small town soon declares a state of emergency as those infected start turning into monsters. What ensues is a battle for survival as our main characters, try to help the uninfected escape and put an end to the crisis. Namely, hardened police detective Kim Ok-bin and laid back tow-truck driver Lee Jun-hyuk.

Dark Hole is being planned to be 12 episodes long, with scripts written by Jung Yi-do (Hell Is Other People) and directing helmed by film director Kim Bong-joo (The Phone). The drama is currently still in production and is set to air weekends on OCN in April 2021.

My favorite weasel in a lead role!

The cast + the scriptwriter = I'm hooked !

LJH. I don't need anything more.

the weasel is back!

She definitely got plastic surgery. I don’t even recognize her.

Late comment but yeah :/ Honestly, I only knew her from Thirst (2009). But compared to now, while she's still attractive. She looks so far and away different than how she used to look like. It's a completely different look, which is sad b/c she was pretty before :/