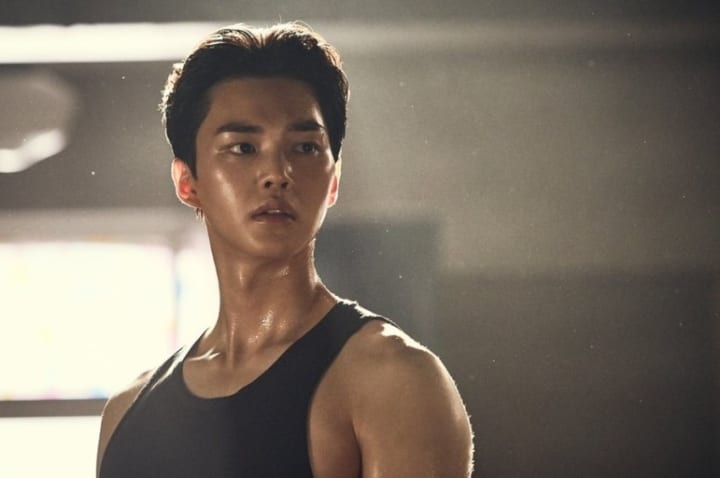 Song Kang (Sweet Home) and Park In-hwan (Brillant Heritage) co-star in upcoming soul-searching drama Navillera. It’s about the meeting of an elderly man who has always dreamed of ballet and an up-and-coming ballerino who has lost his way in life.

Park In-hwan plays a 70-year-old retired mailman who has always been fascinated by ballet, but who never had the opportunity to pursue it until now. Song Kang plays a 23-year-old ballet prodigy who isn’t sure about his career path anymore. Together, they form an odd mentor-student relationship that ends up helping them heal each other through dance.

The third teaser begins with Park In-hwan staring at an empty dance studio. He takes the collection of ballet-related newspaper scraps he’s carefully assembled over the years and throws it away. He confesses, “I’ve never once done what I really wanted to do.” A vague sense of emptiness pervades as he’s shown alone, sipping at a smoothie in a cafe. Copy reads: “At seventy, a new challenge begins.”

Then begins Song Kang’s part of the teaser. He narrates, “Maybe your words were a curse, but I’m not okay. I’m not living well. I don’t know how to live or whether there’s a tomorrow.” Someone walks toward him from a gated area. Despite spending late night practices drenched in sweat, he looks defeated. He engages in fights, but suddenly the tone of the teaser changes.

Copy reads: “At twenty-three, the wandering begins.” Park In-hwan explains to Song Kang, “I’ve learned that you only live once so this time is precious to me.” Na Mun-hee (Rain or Shine, Dear My Friends) watches from the window sill as her husband Park In-hwan trains his body for ballet. In the sky, copy appears: “On March 22, lost dreams will be found.”

Song Kang stares intently at Park In-hwan as he strains to raise his arms in the dance studio. Song Kang asks, “Grandpa, why do you want to do ballet?” and the teaser ends. 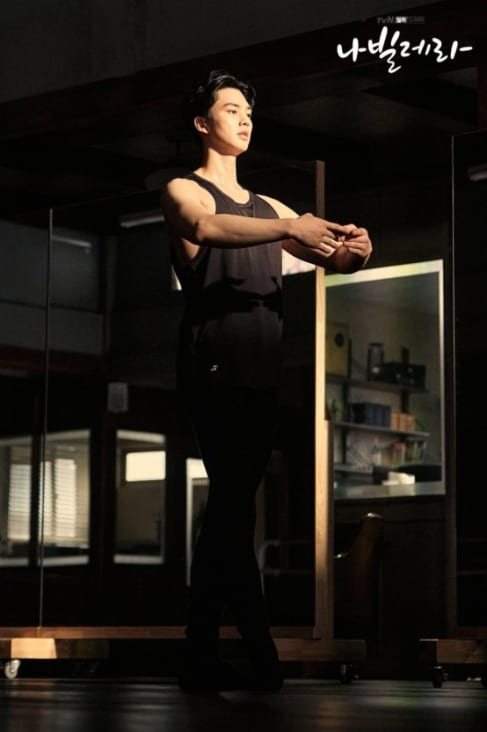 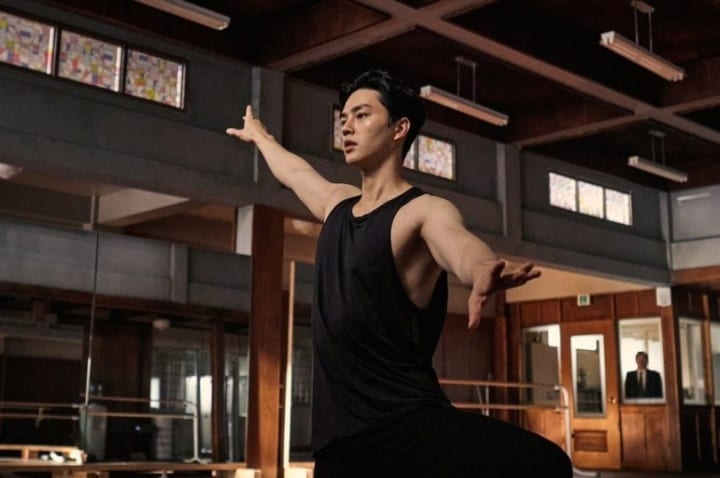 I just cannot wait! As a lover of dance and slice-of-life stories, I am excited to see this storyline.

I am looking forward to this show.

I'm really excited for this show! I'm interested to see what they do with it, especially since I don't feel like plots like this (not as romance-centric, dealing with a younger teacher and an older student, a melancholy or otherwise more thoughtful tone) come around very often. I'm excited to see what happens!

Question: does anyone know if Song Kang is a classically trained dancer? That could make a huge difference in the end product--I enjoyed Dan: Angel's last mission, love... but would have loved it even MORE if the lead had been a professionally trained dancer as well.

I'm also curious. It would be nice if he did have the background and training.

I did a quick google search and cant find any references or videos of him dancing - but he has been a music show MC.

Overall, I think in terms of looks, physique, the way he carries himself, Song Kang is perfect for the role of a 23-year old ballet dancer, and fully understand why he was cast. But y'all are right - it would make such a huge difference to the actual ballet scenes, if he has some background in it/some dance at least.

I remember reading an article on Soompi stated that he took balllet dance training for half of year to prepare for this role.

This has the potential to be something really good. Also Song Kang's muscles are enticing

thank you, spies, who passed this idea to the writer LOL