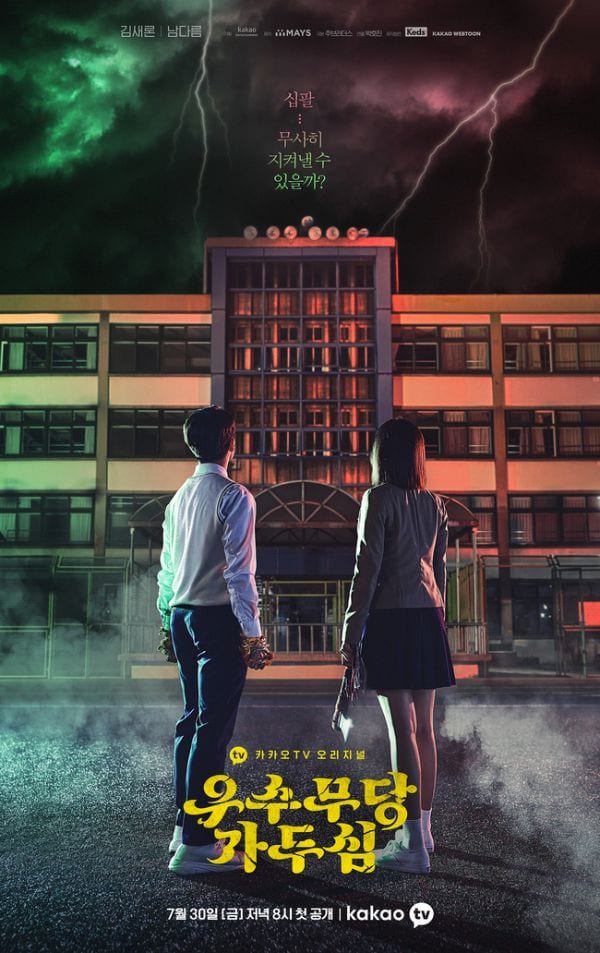 Kim Sae-ron (Nobody Knows) and Nam Da-reum (Doom at Your Service, Start-Up) prepare for a battle against shadowy forces in Superior Shaman Girl Ga Doo-shim’s latest teaser. Additionally, a poster and new stills have been released featuring both actors. The text in the poster asks, “Eighteen: Will we be able to keep ourselves safe?”

The titular character, Ga Doo-shim, is played by Kim Sae-ron. She’s the third generation in her family to be gifted with shamanic powers, but she doesn’t want to live like her mother or grandmother. She fights to defy her fate and live a normal life.

Nam Da-reum plays the part of Na Woo-soo (a play on words which can translate to “I’m superior”), a model student at a prestigious high school that has been unwillingly given the gift of “sight.” He sees ghosts — and he doesn’t want to. From his rich family, to his handsome appearance, to his number one ranking at school, he’s a typical um-chin-ah (Mom’s friend’s kid that she always compares to you). Although he seems aloof at first, he’s actually a loyal friend.

Our unwilling shaman and precog are joined by Moon Sung-geun (When My Love Blooms), Yoo Seon-ho (Undercover), Bae Hae-sun (Oh! Master), and Yoon Seok-hwa (Melting Me Softly) in this 12-episode drama.

In the teaser above, it’s night and Kim Sae-ron and Nam Da-reum prepare themselves in front of their school. As a dark spirit roams the hallways, Kim Sae-ron’s voiceover plays: “My grandmother said…” Nam Da-reum wraps a rope of talismans around his fists and clenches them. Kim Sae-ron continues, “… that if we safely pass our eighteenth year…” The spirit passes through eerily empty classrooms. Nam Da-reum looks toward Kim Sae-ron, “Aren’t you ready?” Kim Sae-ron finally takes her earbuds out, and her voiceover says, “…I could live the life I want to live.” She grasps an axe, as the spirit draws close. Her voiceover finishes: “Our eighteenth year is in peril!” Lightning crashes in the sky, and both adolescents raise their weapons against the spirit as it hurls toward them. 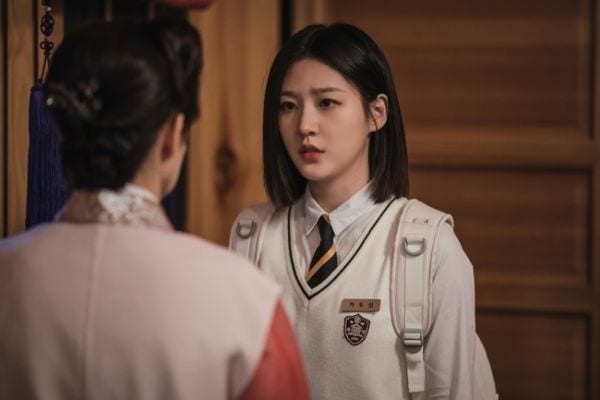 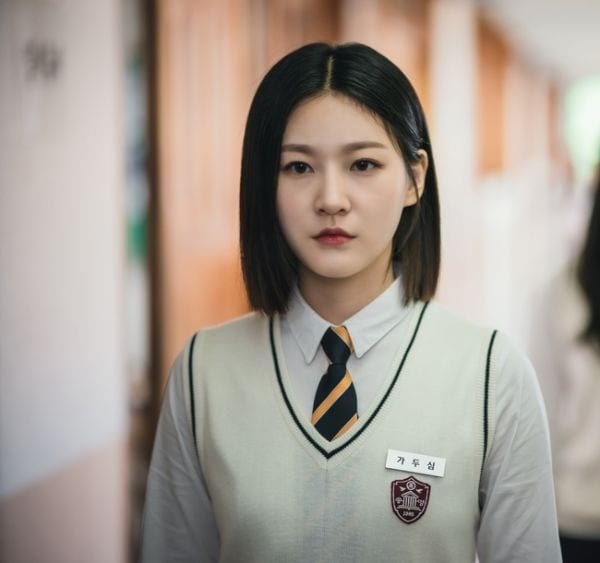 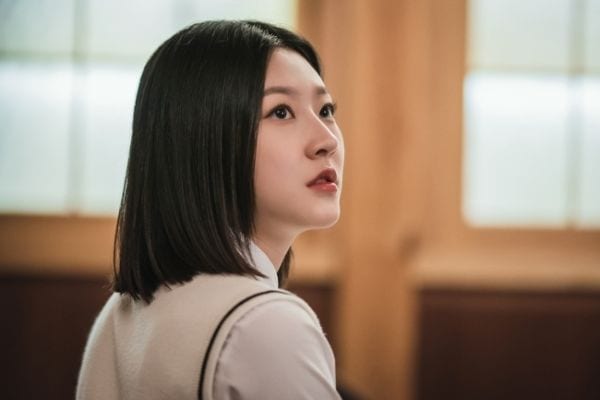 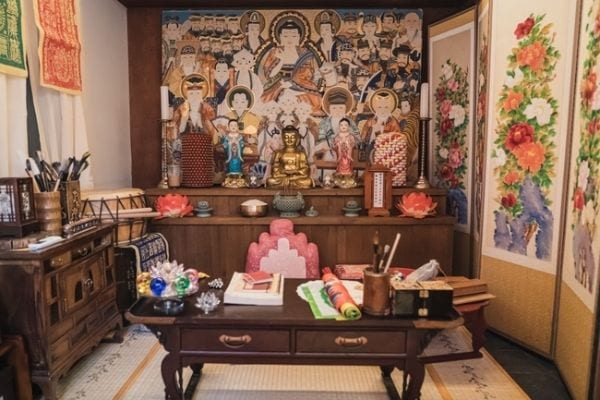 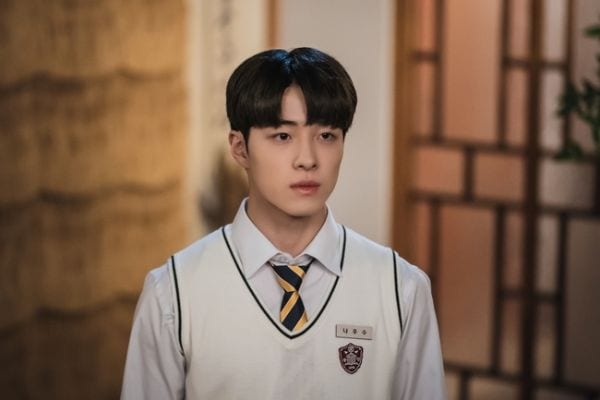 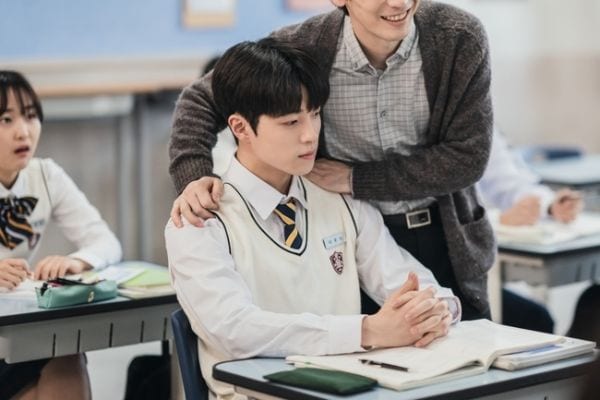 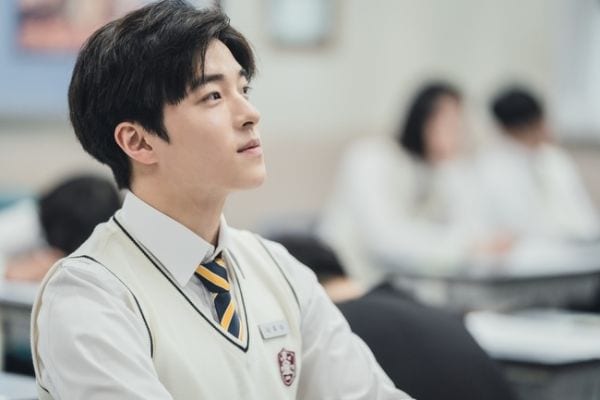 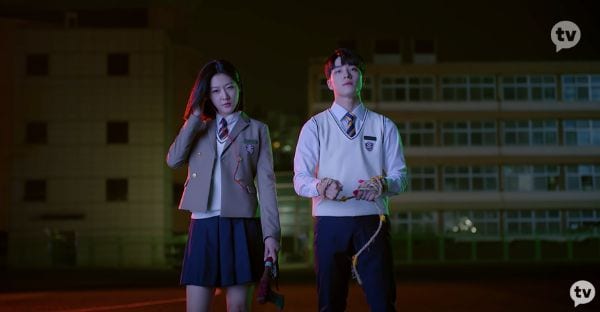 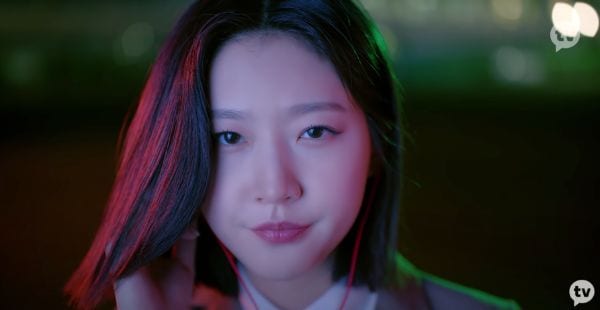 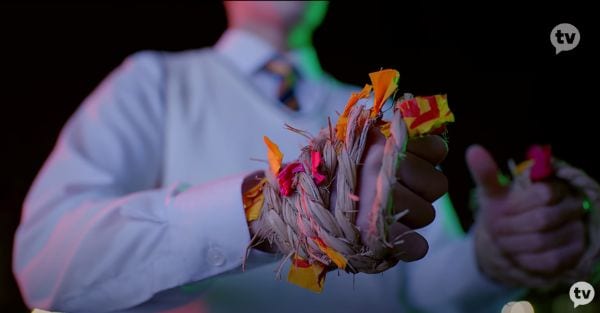 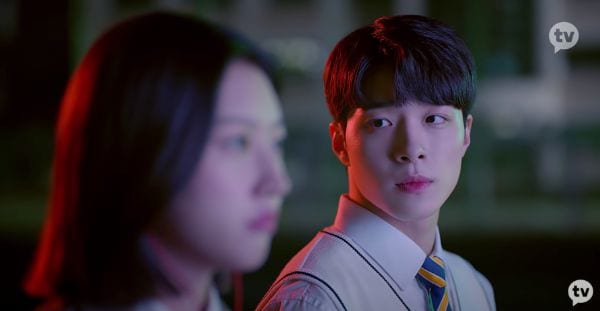 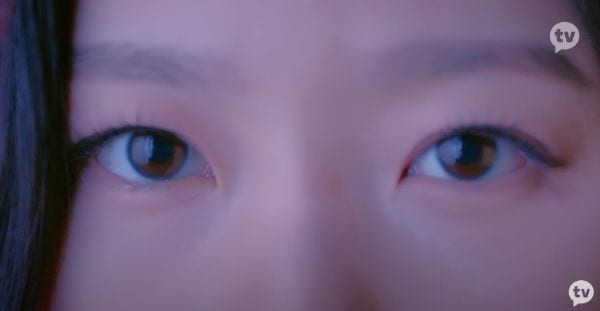 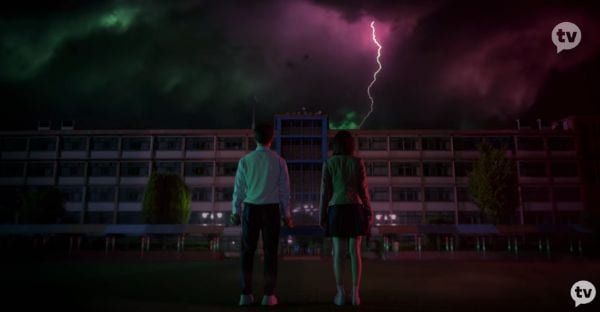 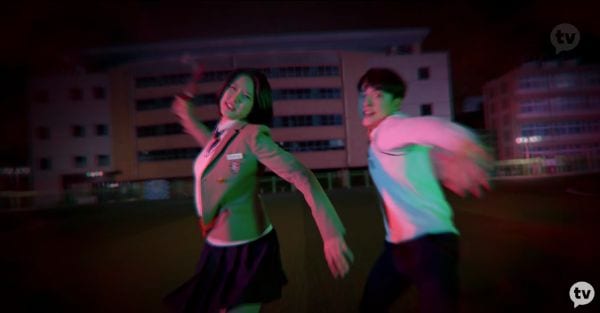 This isn't my favorite genre but it could be fun. I like Nam Da-reum.

yay! more spoopy series! I've been feeling a little hole what with Sell Your Haunted House ending, so I just might pick this one up... the trailer looked interesting~

I get some of STHH feeling too. And there is a serious parallel.
Here we have two young kids who have special gifts- and would rather be normal. That was also true of our exorcist in SYHH- and in the end she accepted both the need and the value of her gift. Not that here too that gift was hereditary for our shaman.

So we have a clear plotline for our story her- these kids will eventually learn to value their gifts and each other, which is what a good romance is all about.

I’m super excited for this as a fan of both actors.

I will definitely check this one out. It looks like fun.

Yikes! Combining the talents of both 'Melting Me Softly' and 'Oh, Master' together!
To be fair, its not the fault of the actors when a series they're in is a historic train wreck. If it had said 'writer and director of' instead of merely acted in that would be a concern.