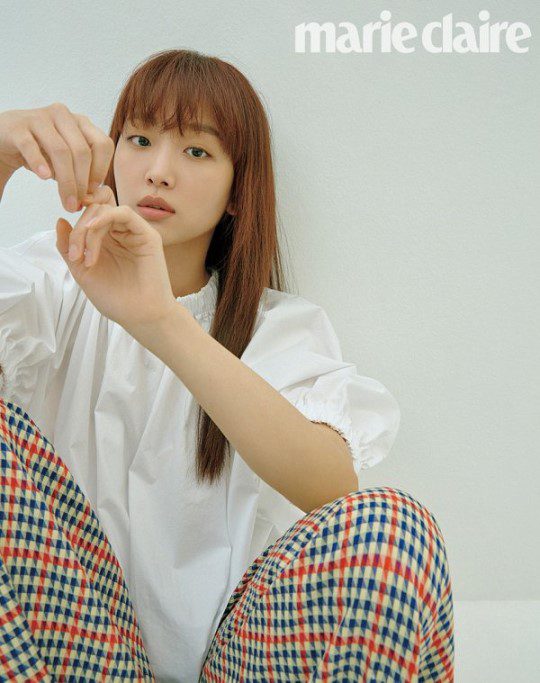 MBC’s upcoming supernatural mystery and rom-com From Now Showtime! has announced that Jin Ki-joo (Oh! Samkwang Villa) will be playing one of the lead roles, joining Park Hae-jin (Old School Intern) in the cast lineup.

The drama features Park Hae-jin playing the role of a famous magician named Cha Cha-woong. He is described as being supercilious and stubborn, and as someone with nothing to fear. Interestingly, he utilizes his ability to see and interact with ghosts, and actually employs them to do his bidding. It’s unclear if the ghosts are the secret behind his magic tricks, or if Park actually has some kind of magical power.

Jin Ki-joo will be playing the role of police officer Go Seul-hae who works at the local police station. Considerate towards other people and passionate for justice, her goal is to one day become a detective. Naturally, she is also hiding a secret, and somehow gets entangled with Park Hae-jin when she is assigned to a new case. As the crux of the matter involves ghosts, the two end up working together in order to investigate and solve the mystery.

Writing for the drama is Ha Yoon-ah (Mystic Pop-up Bar) and directing will be helmed by PD Lee Hyung-min (My Dangerous Wife, Chocolate). MBC is currently working on finalizing the cast and is planning to air From Now Showtime! in early 2022.

Very excited she is in a shorter drama, will definitely check it out. Also I loved loved Mystic Pop Up Bar. So huzzah.

Another supernatural-y show from the writer of Mystic Po-up Bar!!!!!! In case you haven't guessed yet, I just MIGHT be tuning in :)

Me too- and please note that the PD did CHOCOLATE, which is another good sign.

Honestly, I’m more excited by the writer and PD. Both Mystic Pop-up Bar and Chocolate were excellent. But I do like Jin Ki-joo well enough.

I was hoping it would be more about magic tricks and deception - not just another ghost drama… :(