Lee Seo-jin, Kwak Sun-young being courted for Korean remake of Call My Agent! 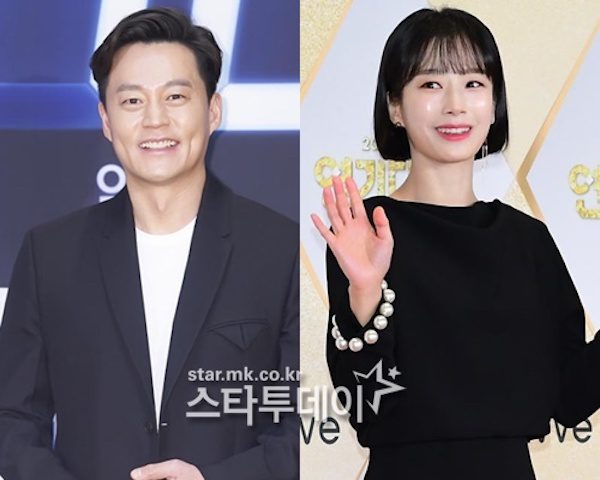 The rights to French comedy series Dix Pour Cent, known as Call My Agent! in English, has been acquired by Studio Dragon and will be remade into a Korean drama. Currently, Lee Seo-jin (Time) and Kwak Sun-young (Hospital Playlist) have received offers to star, and they’re reviewing the script positively.

The original TV show is about the behind-the-scenes world of the entertainment industry, specifically showing the work of celebrities’ managers. The show was so popular in France that it was picked up by Netflix and has been renewed for a fifth season.

With the popularity of variety programs, like Omniscient Interfering View and I Live Alone, that reveal the day-to-day lives of celebrities, it’s a natural progression to see an increase of interest for a show like Call My Agent! I’m curious but also cautious of what this new drama will offer.

K-dramas have a rather unfortunate record (so far at least) when it comes to shows that focused on the world behind the glamor and gloss we get onscreen, prime examples being Entertainer, Entourage, and Record of Youth. On the other hand, who can resist Lee Seo-jin and his dimple game?

Directed by PD Baek Seung-ryong (Pegasus Market) and co-written by Park So-young and Lee Chan, Call My Agent! will begin filming next year in February.

I noticed now that I have a keen k-drama eye for recognizing actors and actresses. Wonderful! Excited to see Lee Ik-soon as a lead.
I'm expecting much from her from this even though I was not a fan of her character in Hospital Playlist.

That's true, but then again we have The Producers some six years ago and there's some milder version of self-deprecating humor going on there (it also has many K-celebrities guest cameo-ing as some fictional version of themselves). Maybe this remake will be a much awaited success in that theme. Who knows?

I knew there was other international remakes of Call My Agent! aside from Korean:
Turkish (Menajerimi Ara)
British
Indian (Call My Agent: Bollywood)

I hope the Korean version of Call My Agent will be on Netflix.

🙋🏼‍♀️ I can, I can easily resist LSJ and his dimple game.

Sigh. This can be so much more as in exploration of entertainer's image versus the reality, the scandals and the making of PR, etc and etc. But of course, this k-drama won't explore any of these issues. Where's another The Greatest Love when you need it badly, now?

The original series was good (and watched by a lot of people). I plan on seeing this one.

'Who can resist Lee Seojin and his dimple grin?' I can't resist. I'm watching this one.

So excited to see our talented actress Ms.Kwak Sun young to be in a main lead.