It’s still June, and the premieres are still coming in! This week we have some streaming service offerings via Netflix and Coupang Play, and the latest from TV Chosun. 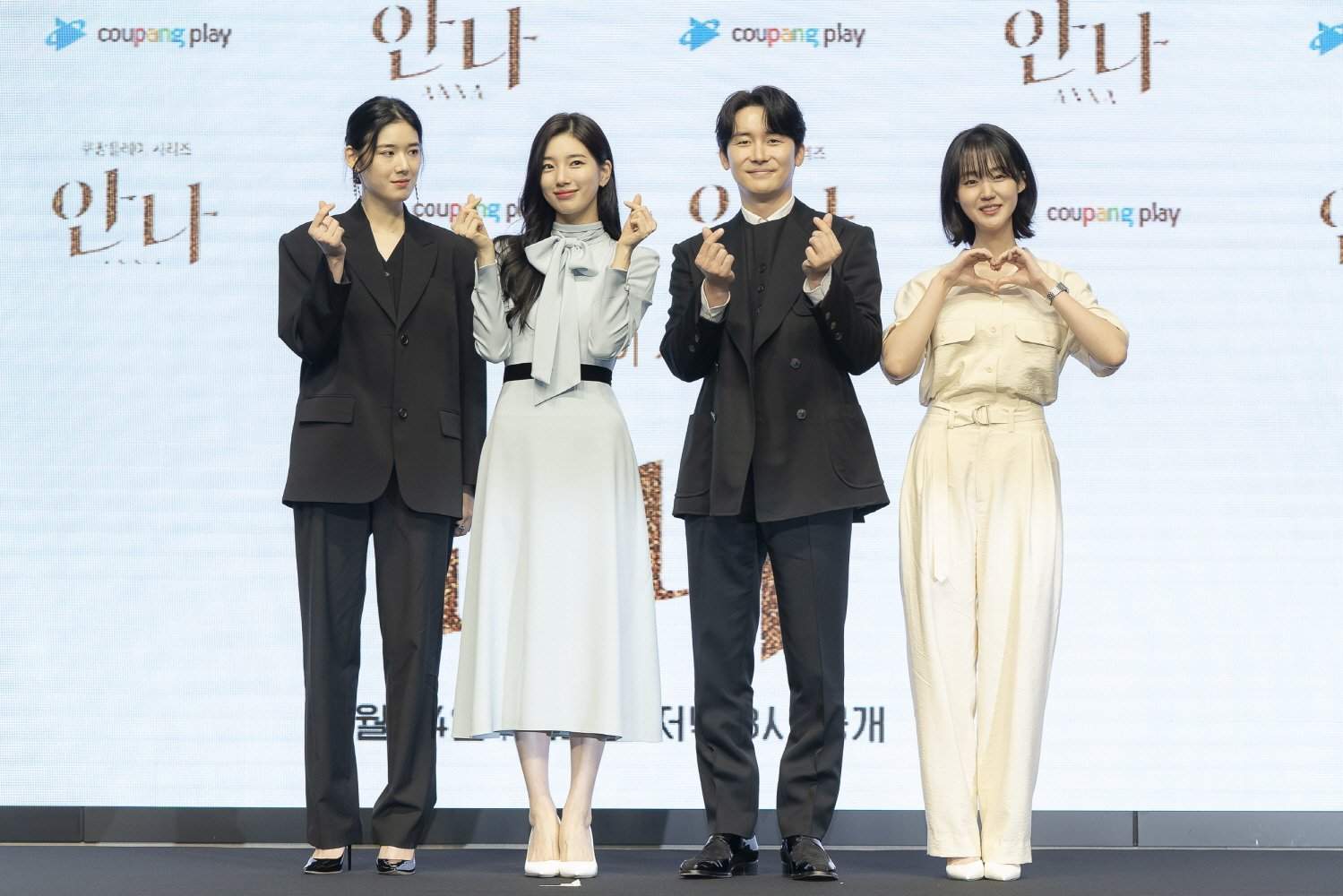 Reasons to watch: I’ll be honest and say I’m not sure what to make of this melo-y sounding drama. Coupang Play’s previous One Ordinary Day scarred me for life with its creepy edge so I’m going into this one with my eyes half closed. That being said, Suzy is starring here, and I can’t see her picking a drama that’s too scandalous, right? Right?! In Anna, she plays a young woman who, after telling a fib, winds up taking on another identity and living a lie. It looks like there’s a good deal of suspense in store. 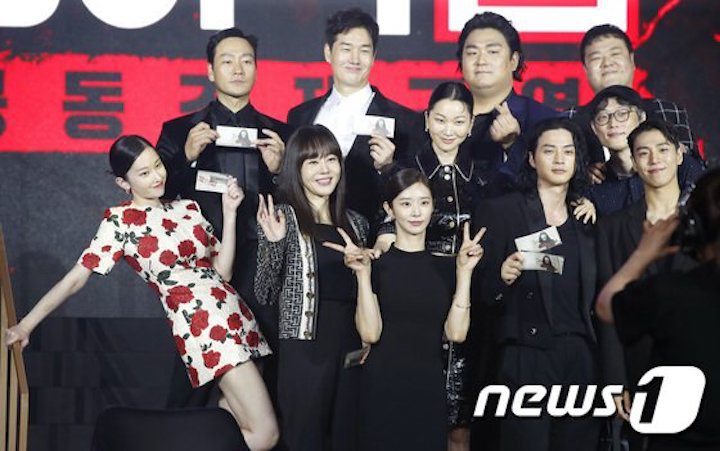 Reasons to watch: Whether you are a fan of the original TV series or not, Money Heist: Korea – Joint Economic Area is sure to pull in a lot of attention. With a title as long as its ensemble cast, we have the likes of Yoo Ji-tae, Park Hae-soo, Jeon Jong-seo, the still-long-haired Kim Ji-hoon (thank you drama gods), Lee Hyun-woo, and more. Set in a unified Korea, our team of good bad guys plans and executes what’s said to be the biggest heist in history. Knowing Netflix, this drama will have a dark edge, violence, and a very stylized direction. But will it have characters we can love and get behind? Will it make us wait on the edge of our seats in between the release of part one and part two? 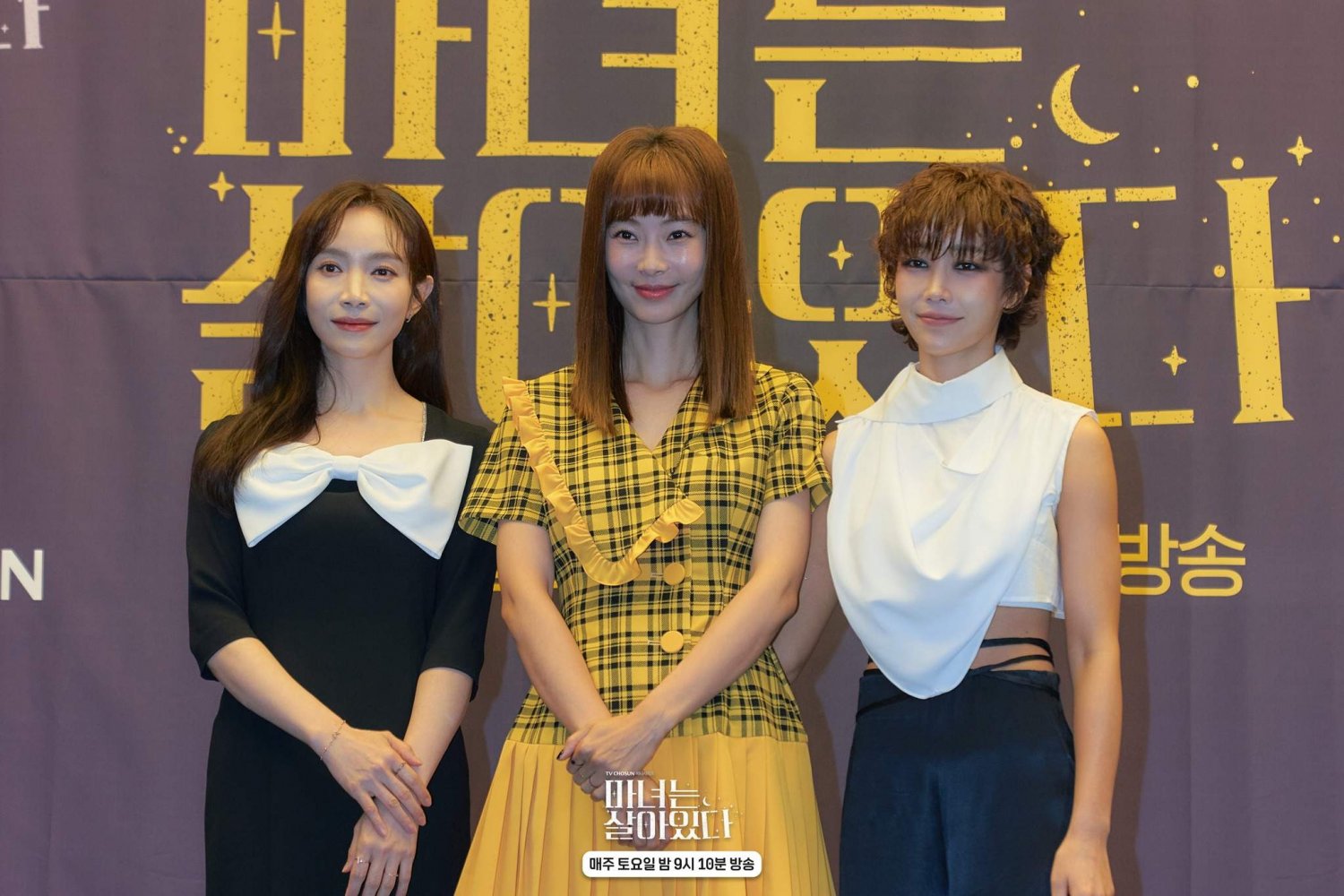 Reasons to watch: TV Chosun might not be the biggest broadcaster out there, but they seem to have a knack for producing the dramas that people want to see. With The Witch is Alive, we have the wonderful Lee Yuri in an over-the-top story of revenge. The real draw might be the premise of the three colorful (as in wildly dangerous, desperate, and possibly homicidal) women that come together over a shared goal.

I am not a fan of the original money heist series having dropped it at episode 2. And not being a Suzy fan together with the premise being not so appealing, Anna is also a pass for me. Might watch "The witch is alive " if time allows.

Jeon Jong-seo floral dress in a sea of boring black. Even her pose is different. Girl crush.

Oh no, looks like I will be waiting for the next batch of announcements for potential shows to watch nothing I can watch here.😒

I liked the original Money Heist and am interested in seeing what the remake is like. I'm looking forward to The Witch is Alive too. I would have watched for Lee Yuri alone but the posters really grabbed my interest.

Is there any information on where Anna will be legally streaming with English subtitles?

Quite sad about Korea's producers lately who are creating more content aimed towards American audiences and lucrative Netflix deals. The lure of the Kdrama originated from the 'we' driven stories of Koreans, how they they live and their relationships, whether it's a family passionately interacting as they sit on the floor at a small supper table, or the servant-rich mansion of a super-privileged conglomerate family experiencing the winds of change and greed in their dynasty. There is also a charm in the unique & separate levels of language & respect used in their country between different ages & positions, whether it's in an office, school or board room. Watching a younger man turn his head to the side as he drinks in front of an elder was such a surprise when I first saw it. Such respect. Best of all for me? Being able to watch a drama where the hero or heroine is unashamedly good-hearted and principled, not because it's unique, but because it's their culture's self-identity. I don't see that very much in American series where the main leads are more cynical, tough-minded and narcissistic. Just my perspective of course, but that's why there's nothing in the selection of interest to me. Dramas like Money Heist Korea and Anna are examples of western-directed productions catering to the global hunger for more american content. I hope Korea won't take their focus away from their own rich culture.

and sex. Loved the wait until the 8th episode for a kiss and now we have nudity & intercourse. If I wanted that, I could watch US garbage.

You're mistaken about Anna. It's not americanized. It's the story of a young woman who suffers from the Ripley syndromes because of too much society pressure and expectations. It's pretty much a korean version of what is happening today to the young womans lives of today. It's pretty accurate i think with South Korea backwards and misoginitics mindset in general.

For THE WITCH IS ALIVE a fans in the US, for some reason Kocowa has this TV CHOSUN a drama on its “Coming Soon” list.

Kocowa, how about making some of your own dramas available on Kocowa instead of shipping them off to Disney plus? I didn’t subscribe to Kocowa to watch an endless number of variety shows.

I am confused. I live in the US and remember Anna being advertised on my Netflix feed. Now it is showing on Coupang Play and I can't find a carrier for it.