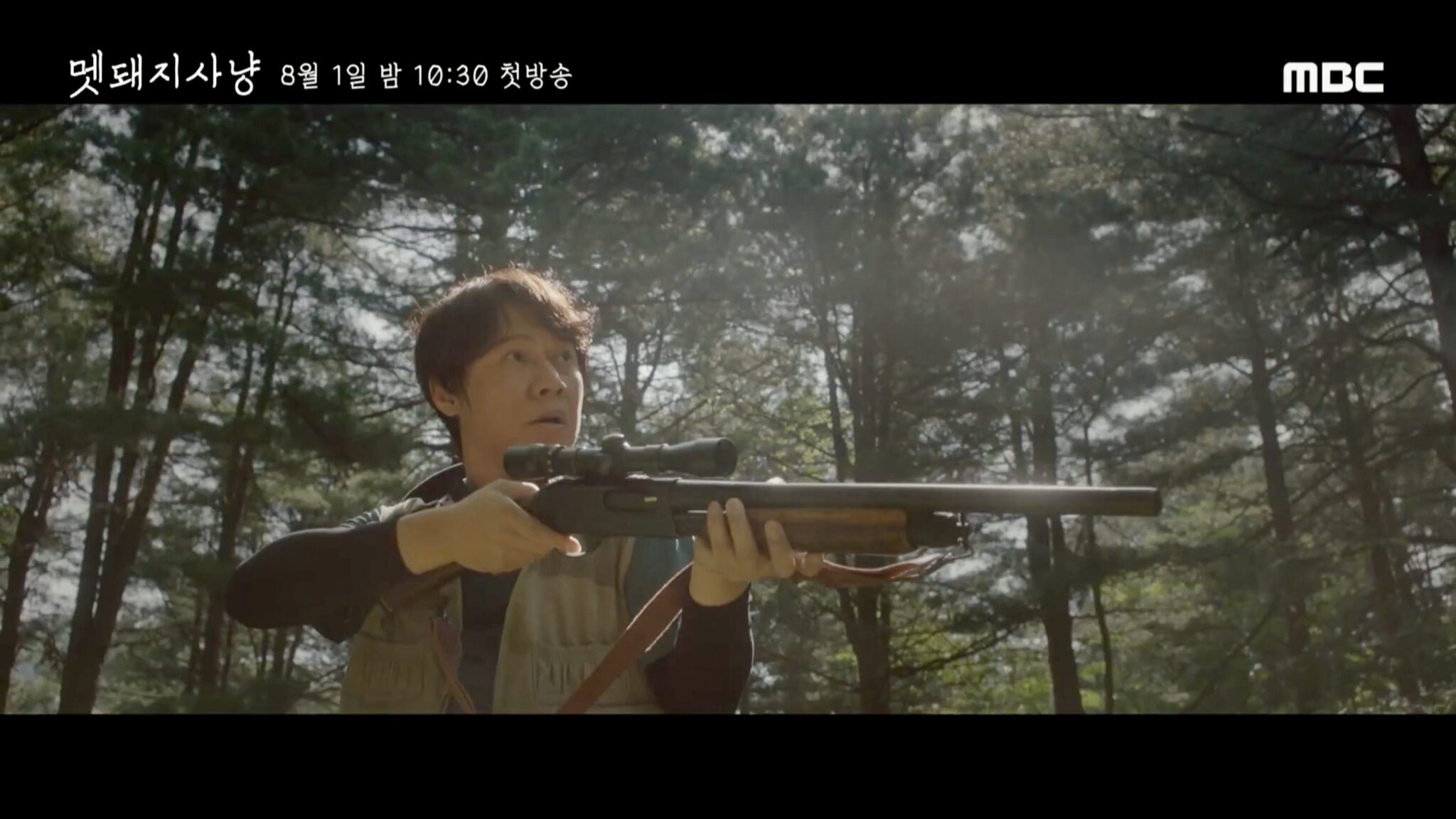 MBC’s Wild Boar Hunting is shaping up to be just as interesting as its title. Having received an award at the MBC Drama Screenplay Contest for its unusual storyline and evocative emotions, the script promises a thrilling tale with unpredictable twists and turns.

It all begins when protagonist Young-soo (Park Ho-san) accidentally misfires while wild boar hunting, hitting a person instead. On that same night, Young-soo’s son goes missing — and thus begins Young-soo’s desperate quest to find his son and uncover the mystery surrounding the village.

Billed as a countryside mystery thriller, the drama’s first teaser takes on an amusing tone. On a bright and sunny day, the village chief (Yoo Soon-woong) comes across a pair of villagers staring despondently at their trampled crops. He asks them what’s happened, and the two farmers — Jin-kook (Lee Kyu-hee) and Man-seok (Kwak Ja-hyung) — explain that the unsalvageable damage is the work of a wild boar yet again.

The wild boars are an incessant problem that plagues the village, as evidenced by the exasperated way the villagers utter the phrase “wild boar” like the words themselves are a pest. This forms the basis for Young-soo’s resolve to eliminate the problem once and for all — it’s time to go wild boar hunting.

Young-soo teams up with Jin-kook and Man-seok in the drama’s second teaser, and they head to the back of the mountains with their hunting rifles. The rustling of bushes catches Young-soo’s attention, and he raises his gun to fire — but the sound of his shot is immediately met with a pained grunt that’s very much human.

A shell-shocked Young-soo returns home, but his son In-seong (Lee Hyo-je) doesn’t, and the bone-deep terror that he may have shot his own son begins to creep up on him. Wracked with grief, Young-soo returns to the mountain to unearth what happened. As he treks through the foliage, night falls, and he calls out In-seong’s name — only to be suddenly yanked away by an unknown force.

The last teaser takes on a darker edge, opening with a somber voiceover from village granny Ok-soon (Yeh Soo-jung). Calling the villagers crazy, she reveals to missing-persons detective Doo-man (Hwang Jae-yeol) that a fire once broke out in her house, killing both her son and daughter-in-law. She now lives with her grandson Hyun-min (Lee Min-jae), but there’s more trouble brewing on the horizon — Hyun-min’s homeroom teacher, Yeon-chae (Lee Ji-won), notes that he hasn’t returned home since yesterday.

Unwilling to lose her only remaining family member, Ok-soon spirals into despair, demanding the whereabouts of her grandson from the police and the villagers alike. As the teaser draws to a close, Ok-soon vows that this time, she won’t just sit idly by.

Written by newcomer Jo Beom-gi and directed by Song Yeon-hwa (The Red Sleeve Cuff, When I Was The Most Beautiful), Wild Boar Hunting premieres on August 1. The four-episode drama will air Monday nights over the course of a month. 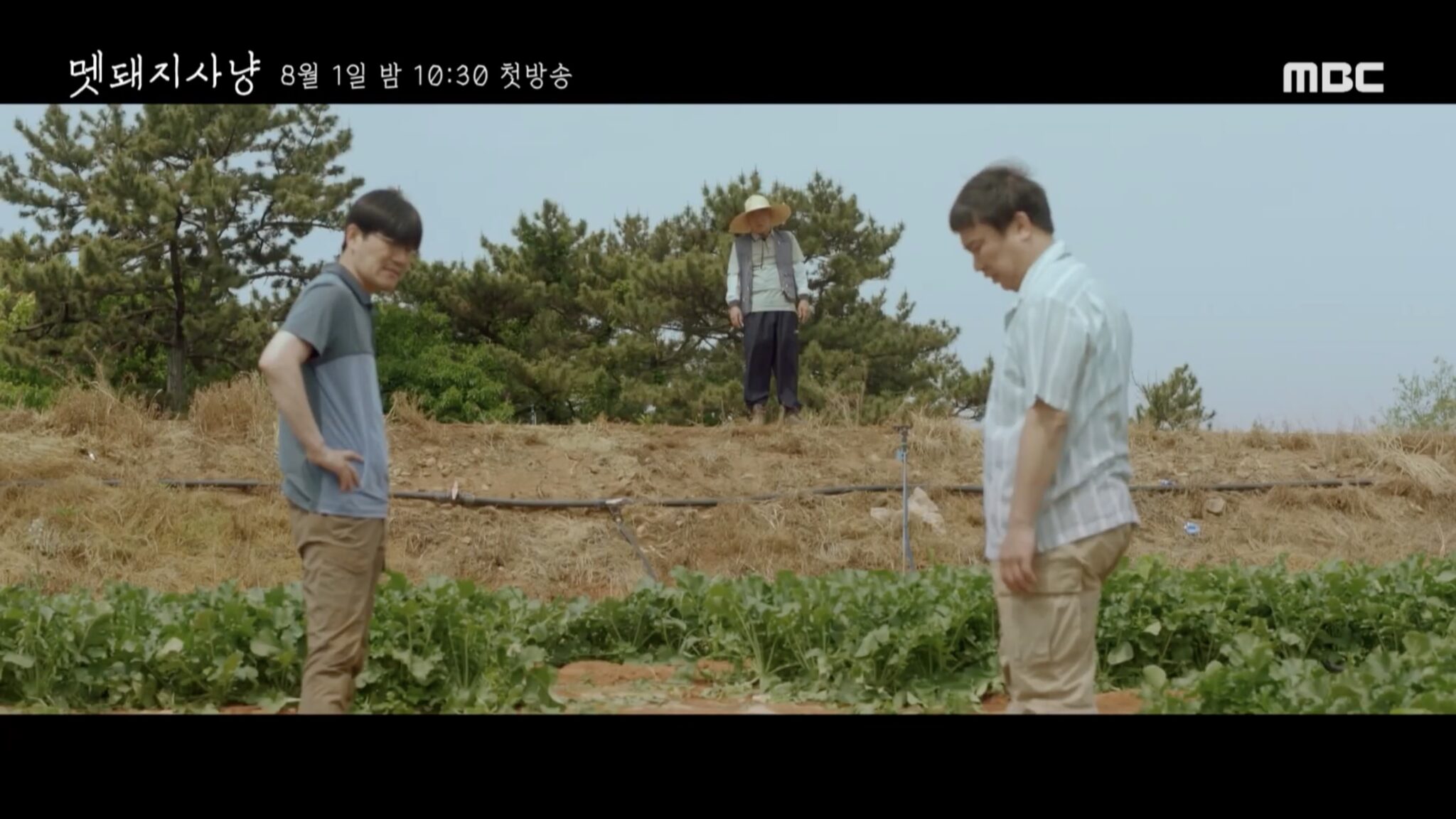 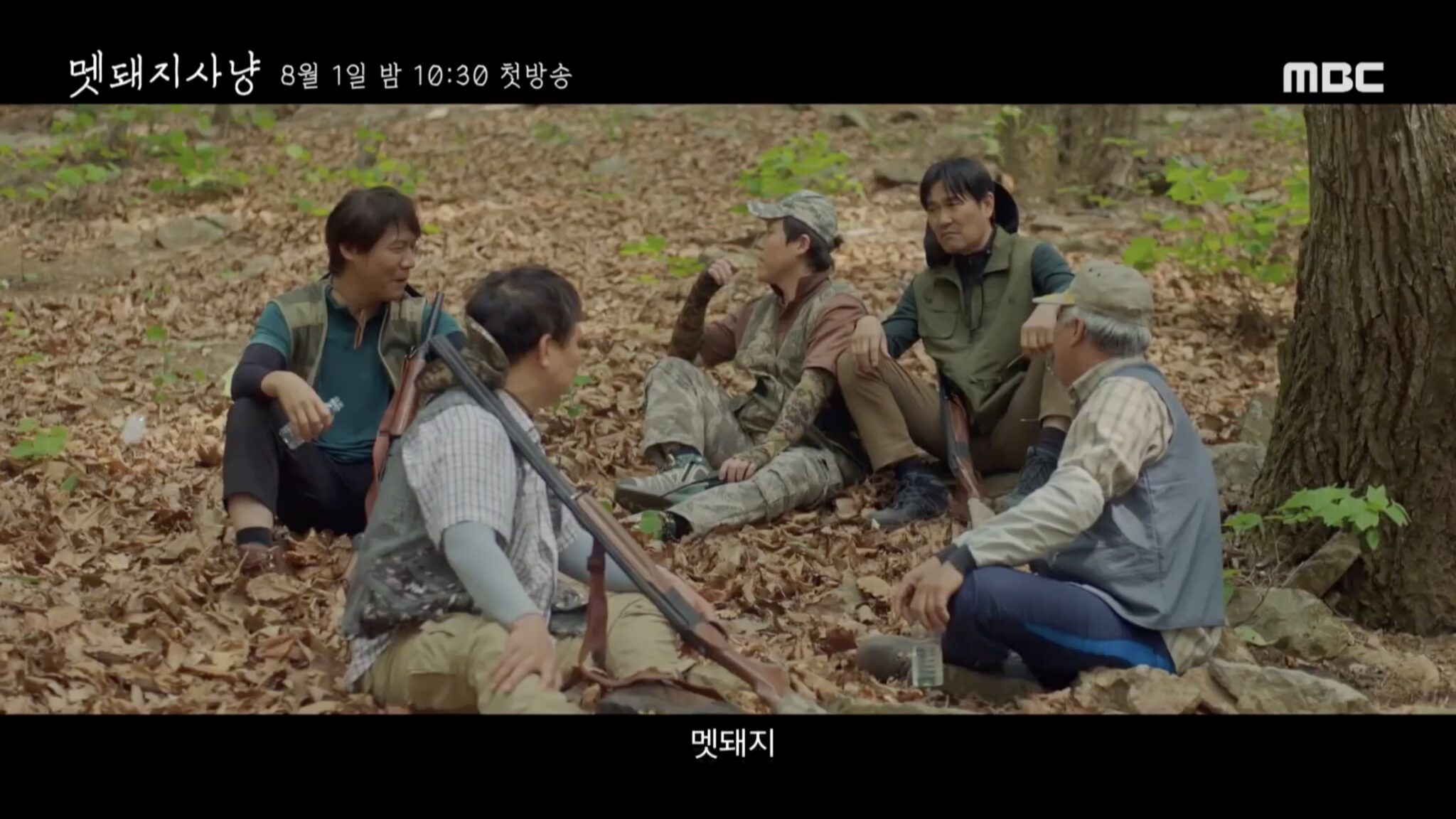 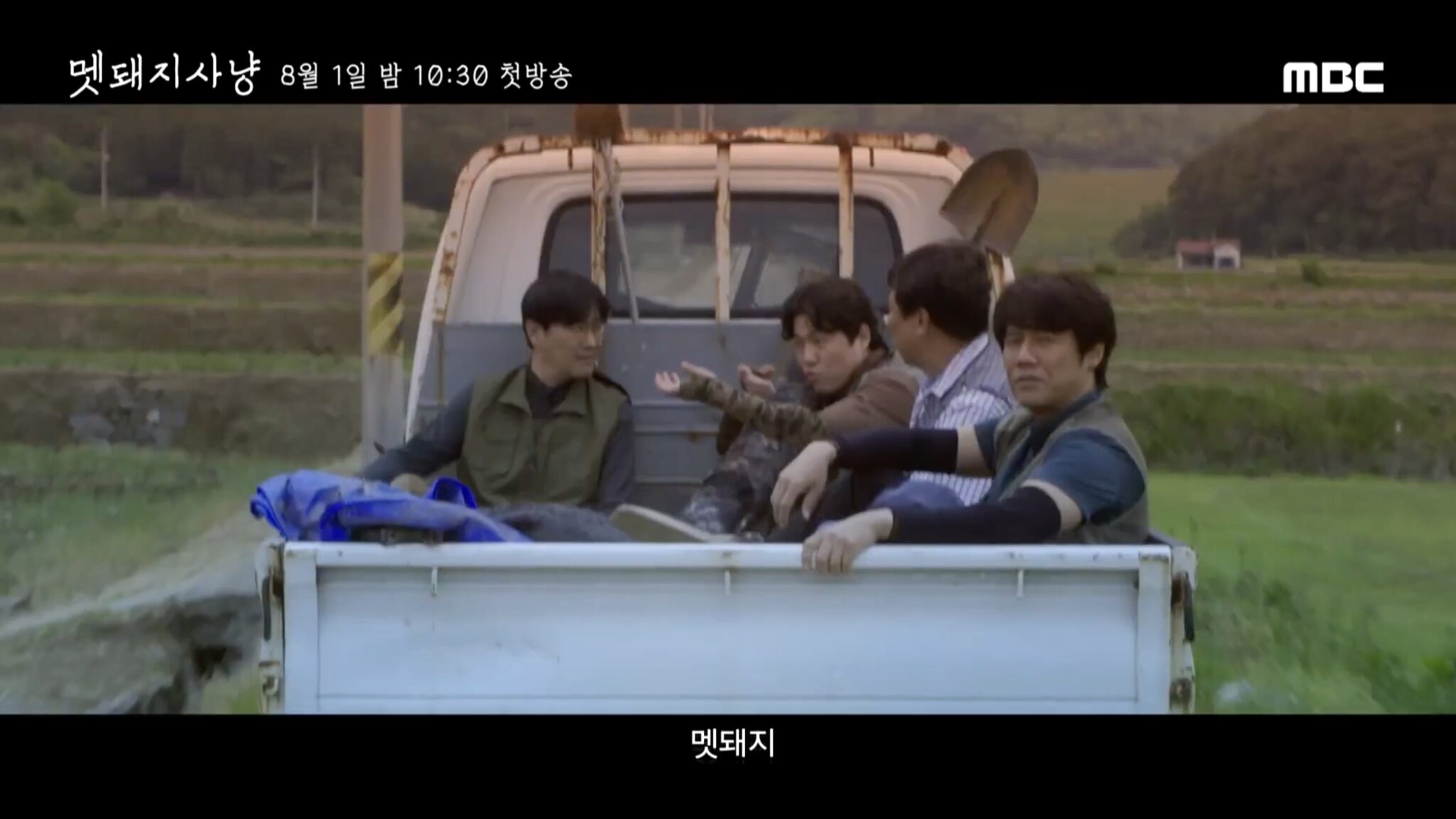 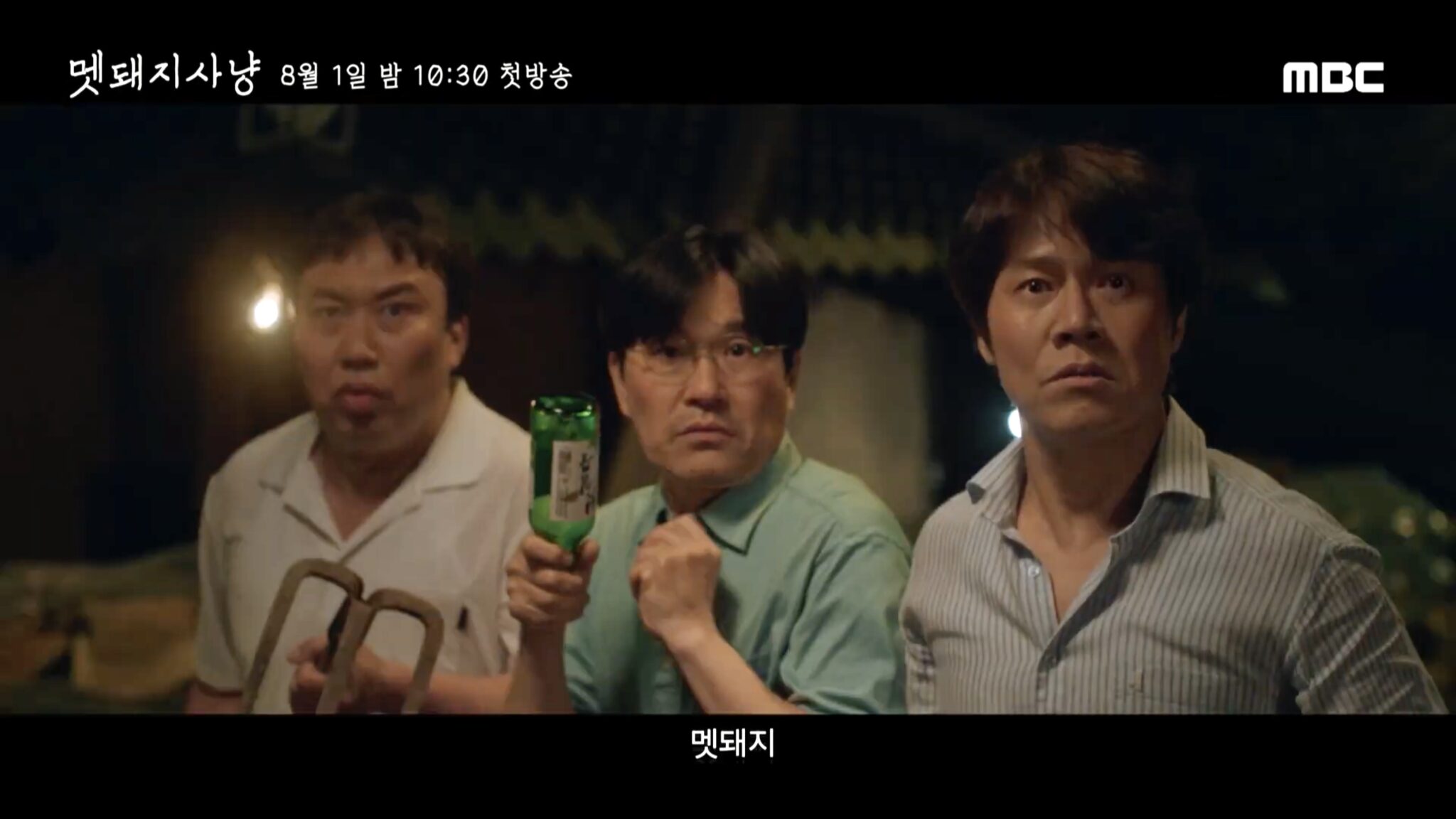 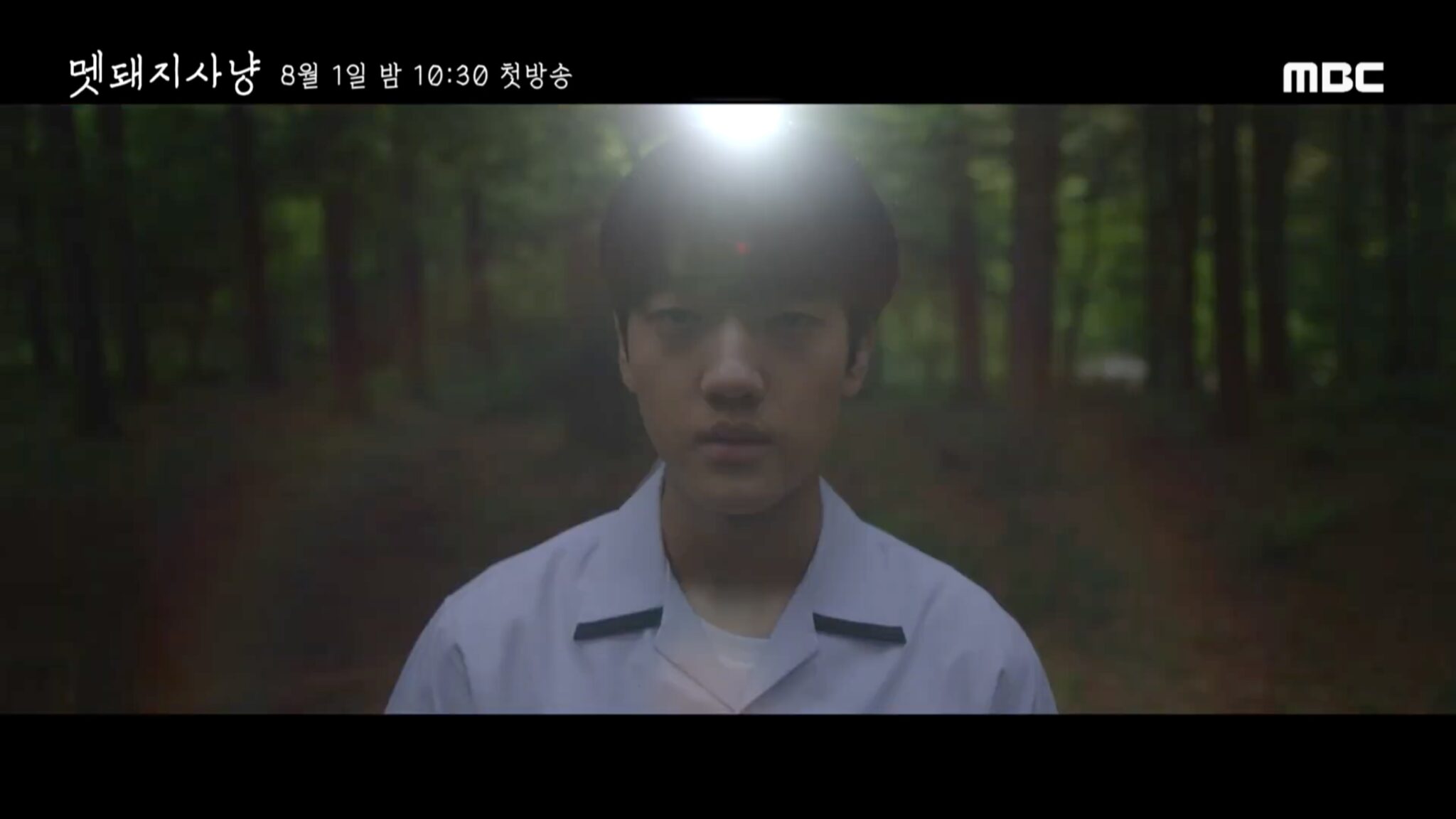 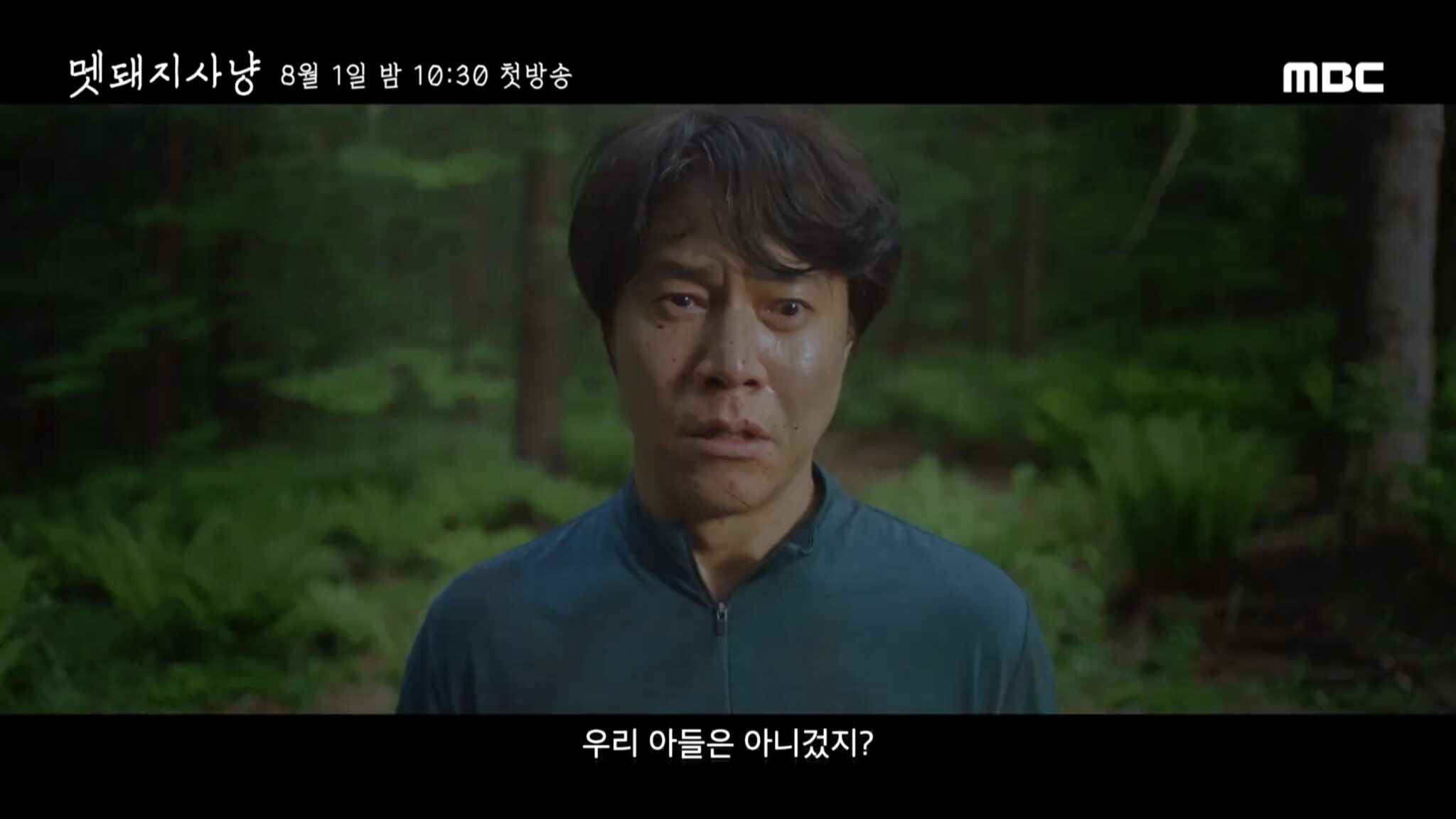 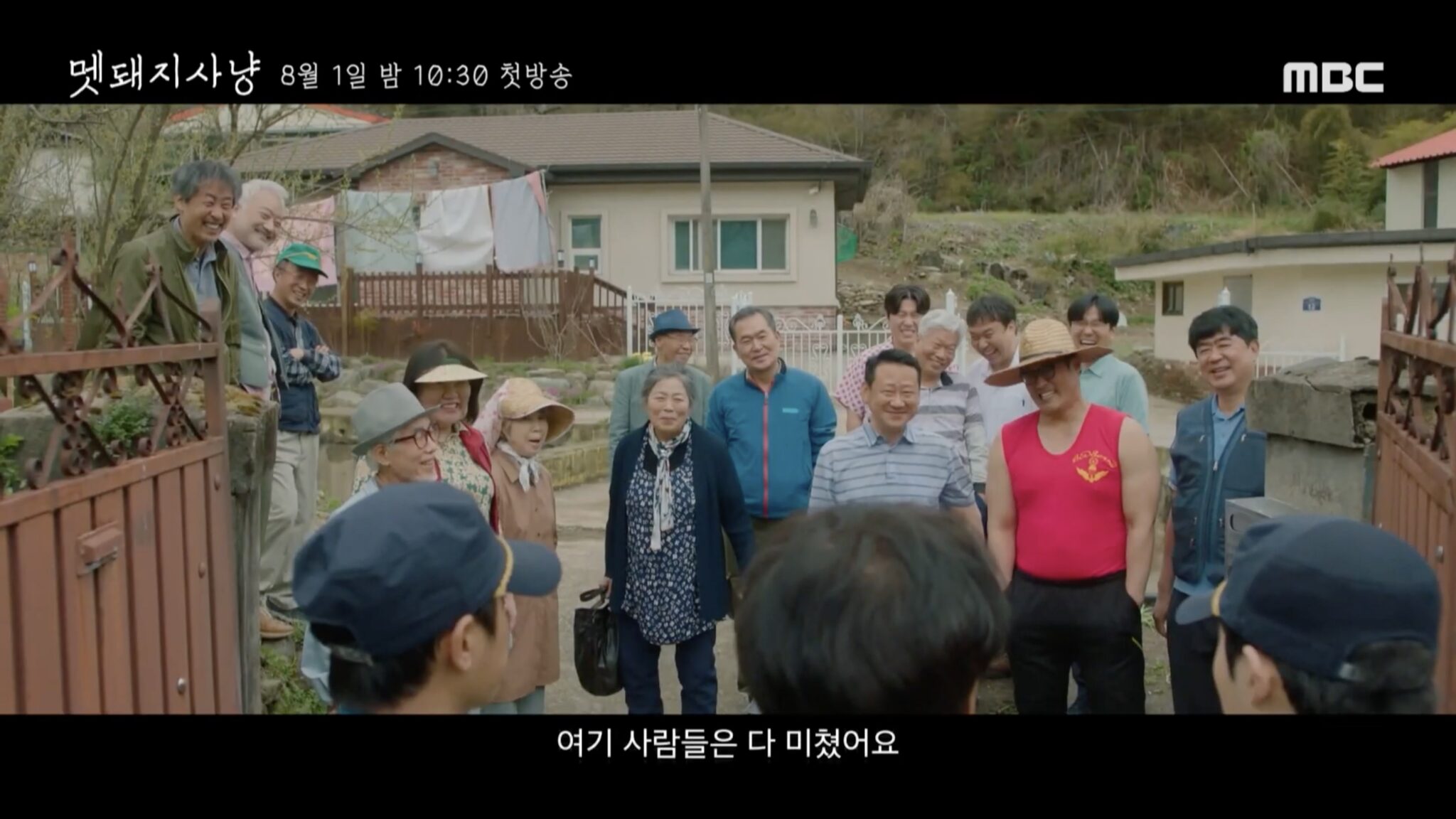 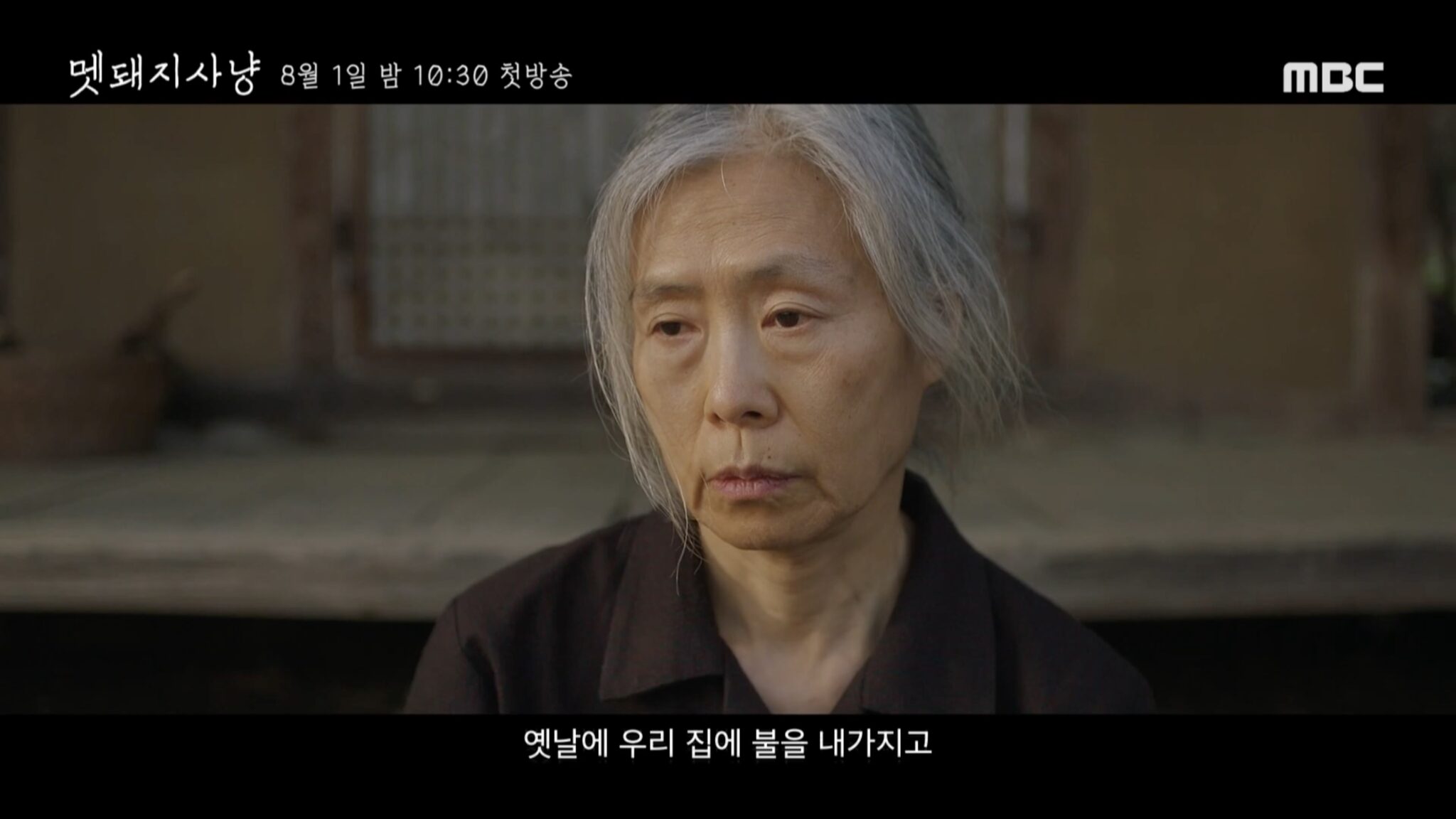 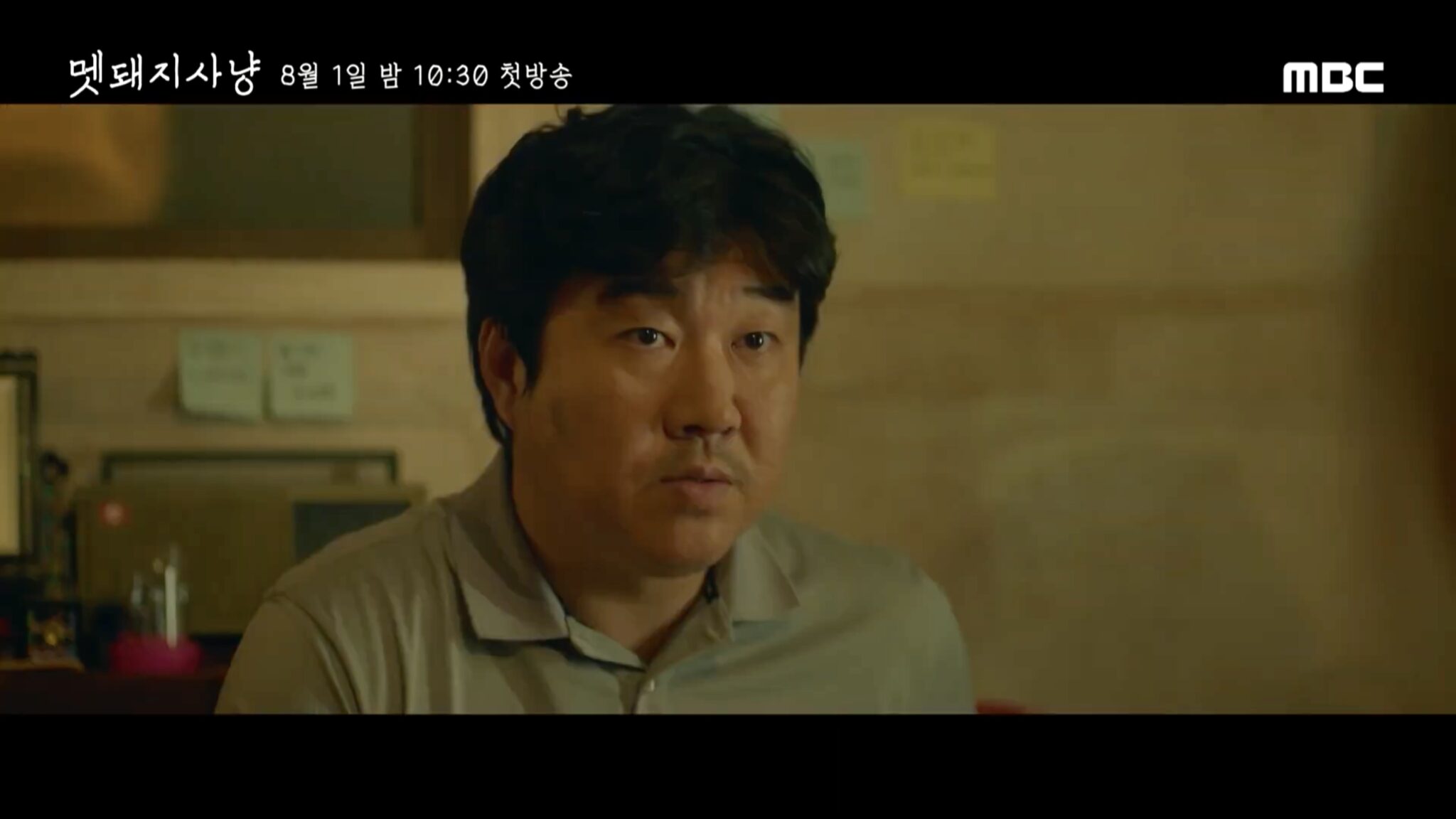 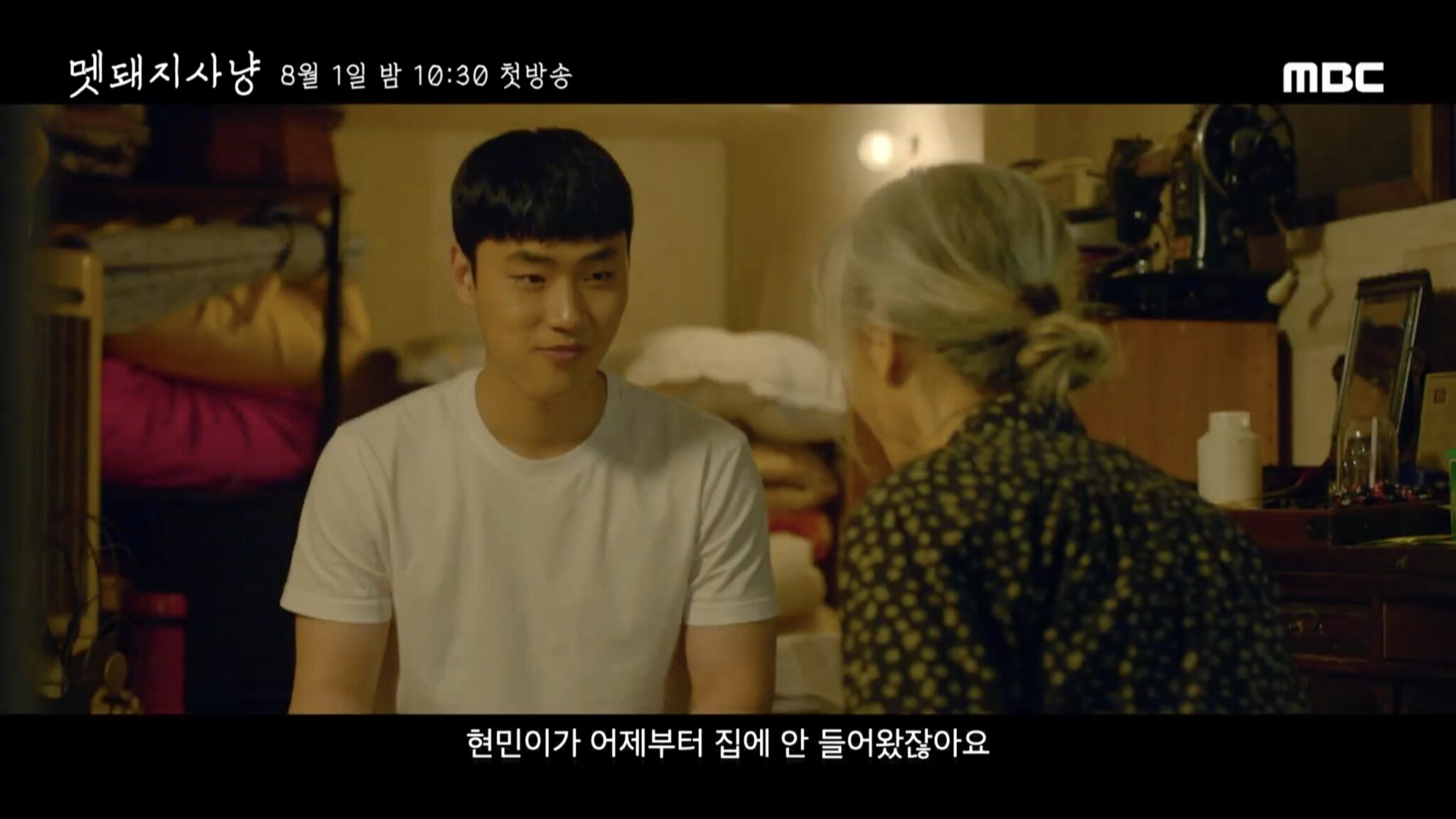 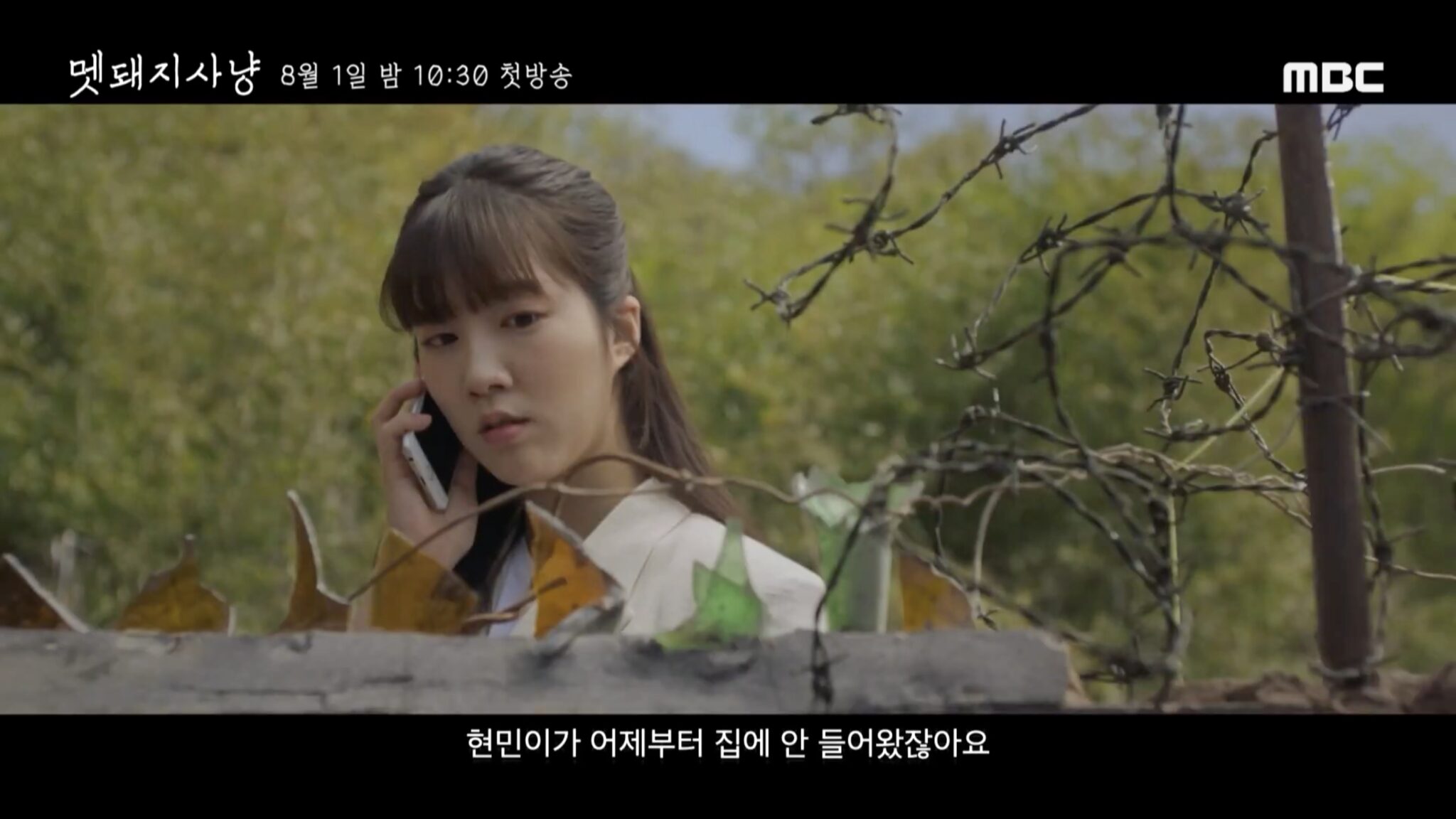 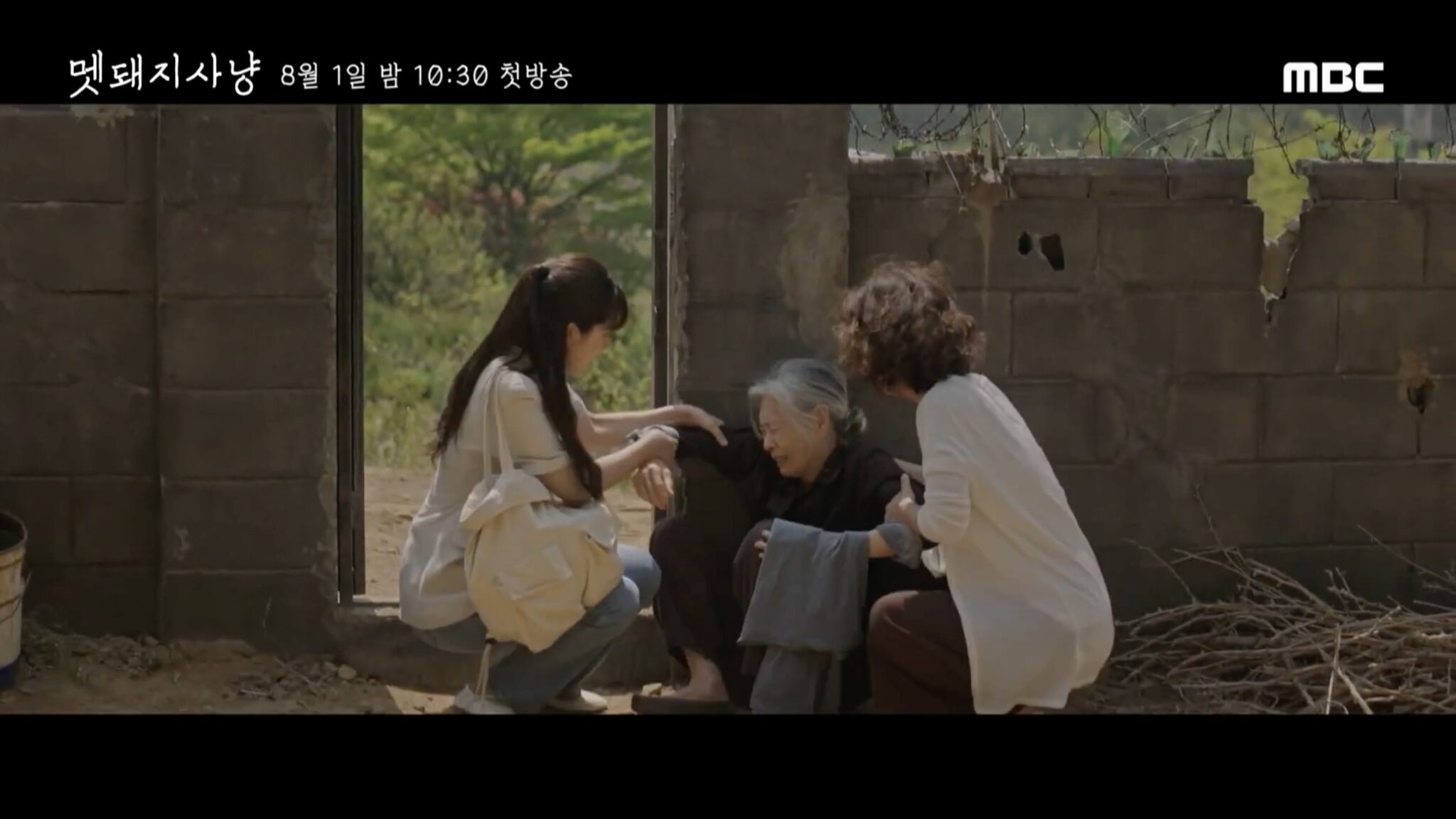 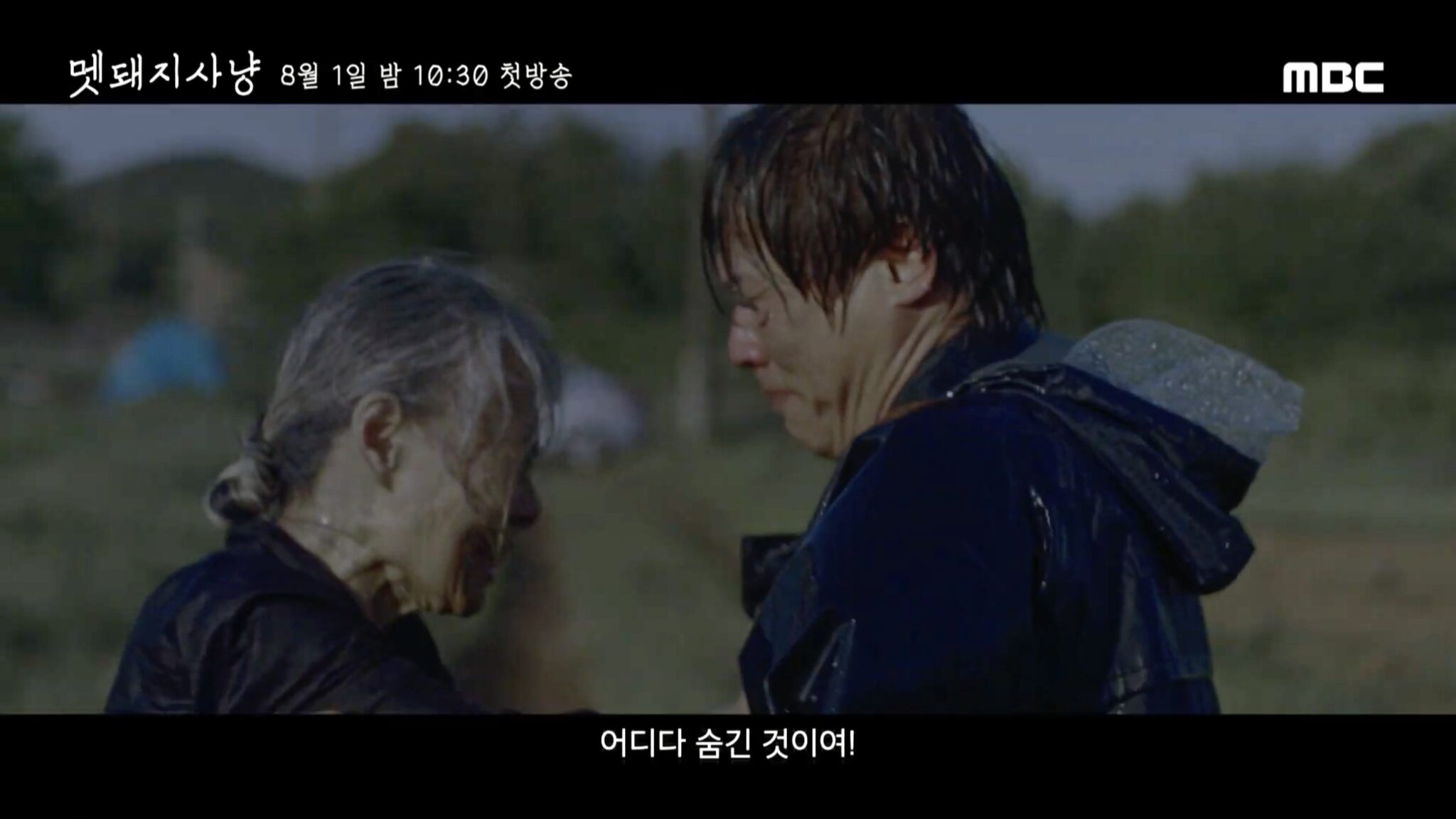 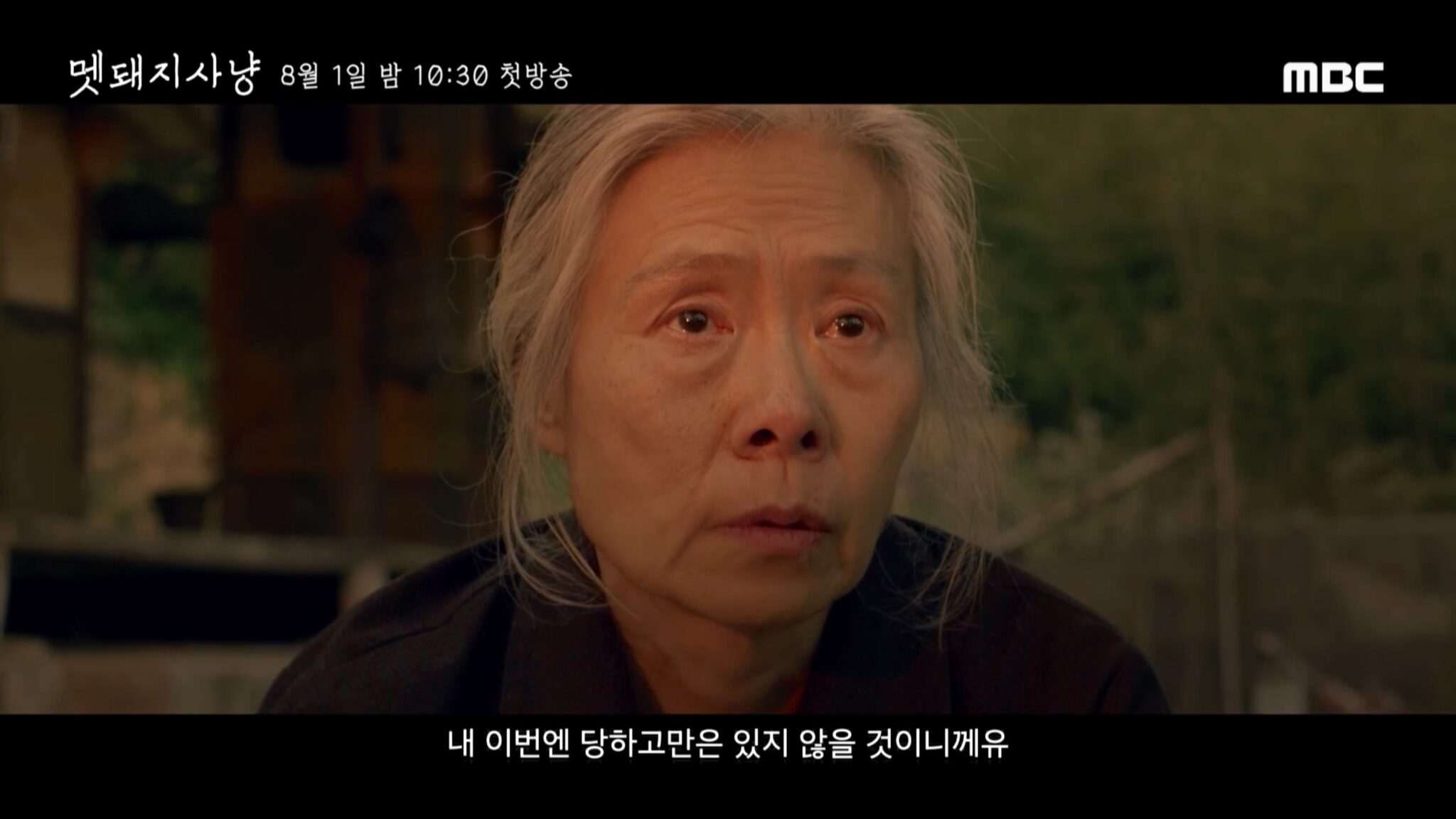 Wild Boar Hunting huh.
NGL there were a lot of things in just the trailers alone that scream red flags and lemons, especially around hunting practices, just to set up the premise of the show which... *winces*
but anyway, I once went down a very interesting rabbit hole looking up about the wounds wild pigs can inflict, and ended up reading a medical report on wild boar attacks. Very fascinating. Not very relevant to this, unless someone gets gored by one in which case I will again know specifically too much about the situation.

You know, this kind of reminds me of Chip In / United Effort to Accomplish One Thing, another MBC Mon-Tue whodunit/thriller-ish drama that was also shorter than the usual 16-episode miniseries at 8 episodes. That turned out to be one of my favourites even though the plot wasn't exactly the most refined. Might not be the worst idea to watch it even though I'm not exactly drawn to the setting and the animals.

Where will it be streaming?

Hate when non-hunters write this stuff. No one in their right mind shoots without clearly seeing their prey.

Right?!
And then just leaves without checking?? Wtf?

I really like Park Ho san, apparently he started his career as an actor a little bit late, in the sense that he was already older, or at least, he has become more or likes famous being older, but that doesn't matter... He is a great actor. I wish him success.