Kwak Dong-yeon brightens up the office in Gaus Electronics 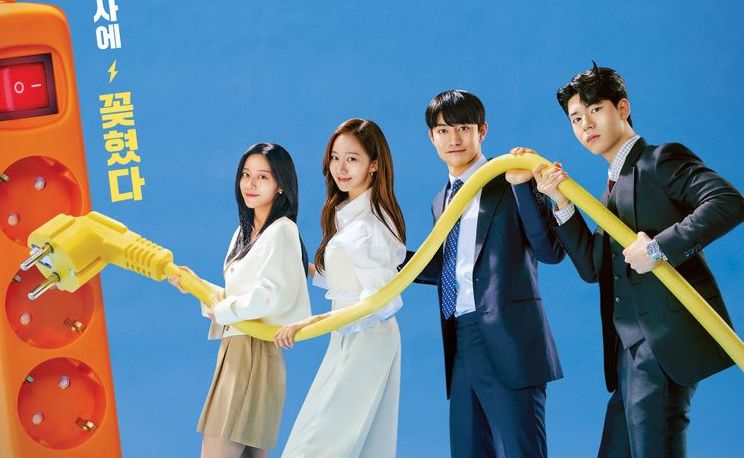 Fancy a comedic take on the mundanity of office life? Olleh TV’s upcoming original Gaus Electronics features four office workers, each with their own quirks, as they navigate the ups and downs of working life.

Kwak Dong-yeon (Big Mouth) stars as Lee Sang-shik, an employee of Gaus Electronics’ Marketing Team 3. Just like his name, Sang-shik is simple and straightforward, almost to a fault — he has zero tact. If anyone says anything that goes against his common sense, he’ll readily correct them, all with a bright and innocent smile. Sang-shik is someone who holds fast to his beliefs, but he certainly can’t read the room.

That often earns him the ire of Team 3’s assistant manager Cha Na-rae, played by Go Sung-hee (Wind and Cloud and Rain). She prioritizes getting work done fast, which means Sang-shik’s endless commentary gets on her nerves. Na-rae’s fiery temper often has her blowing up like a volcano, since she expects the same competency she’s capable of. However, she isn’t perfect, either; she’s described as falling just one percent short in her daily life.

Bae Hyun-sung (Our Blues) plays Baek Ma-tan, a play on words for “riding a white horse,” i.e. he’s our resident Prince Charming. Ma-tan is the precious heir of the second-largest conglomerate in Korea, which also happens to be Gaus Electronics’ business rival. However, he dreams of gaining independence outside of his father’s influence, which leads to him entering Gaus Electronics as a regular employee.

Finally, we have Kang Min-ah (At a Distance, Spring is Green) as Geon Kang-mi, whose name literally means “healthy beauty.” She’s known for being the prettiest employee, but she harbors a hidden side. Since she manages her appearance so much, the moment she gets drunk, her suppressed appetite is unleashed — earning her the “Hulk” nickname.

The drama has also unveiled stills from its script reading, featuring our main cast. Based on a webtoon of the same name, Gaus Electronics is directed by Park Jun-su (The God of Music) and co-written by Seo Han-na and Kang Go-eun. It will premiere this September on Olleh TV, Seezn, and ENA. 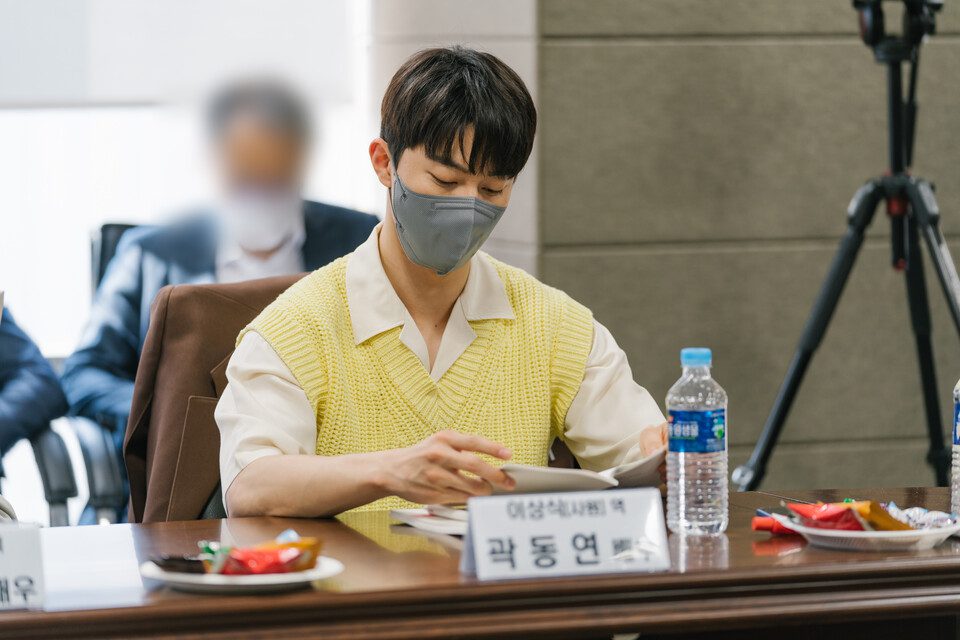 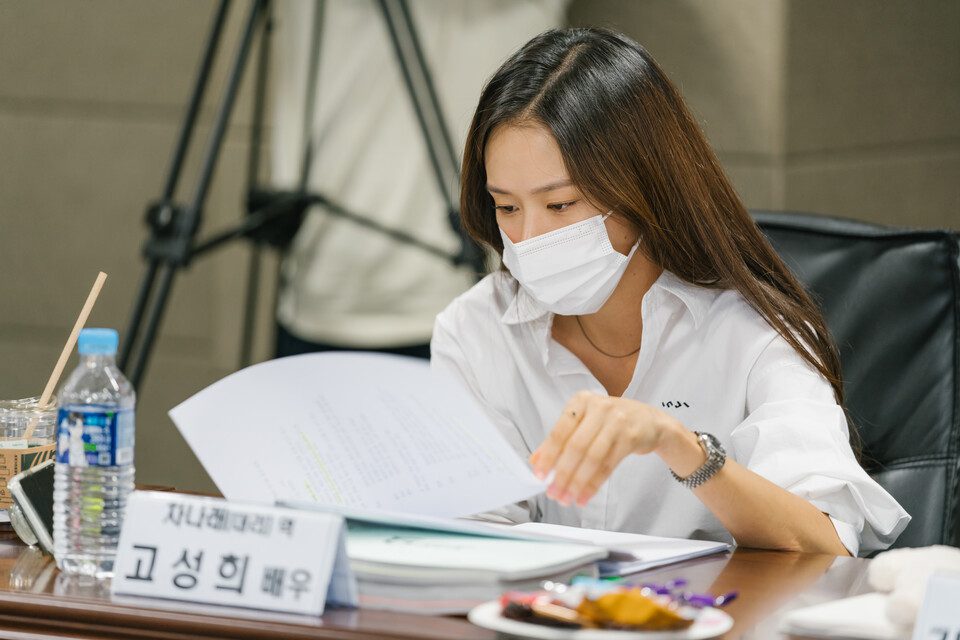 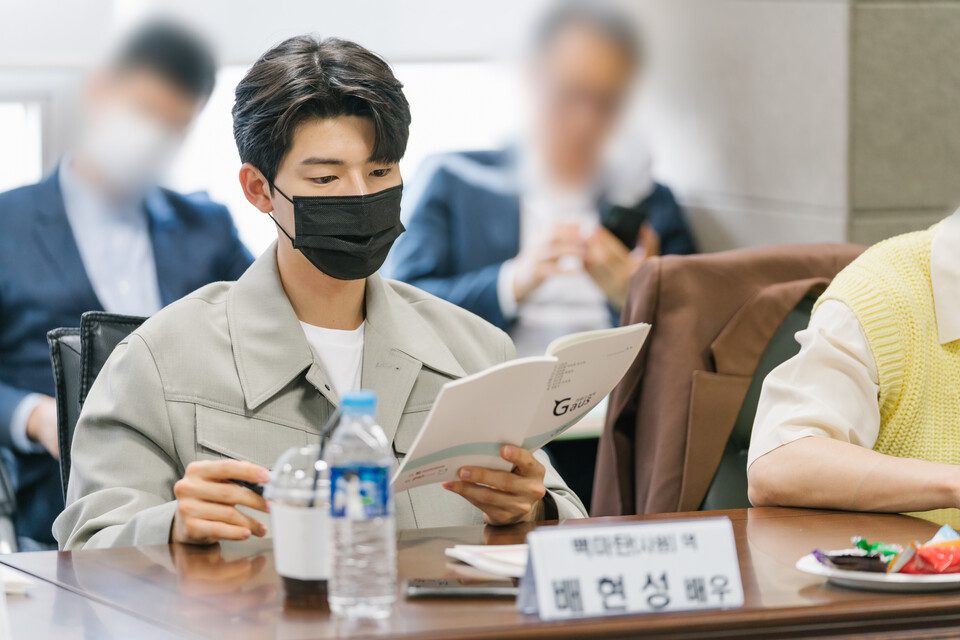 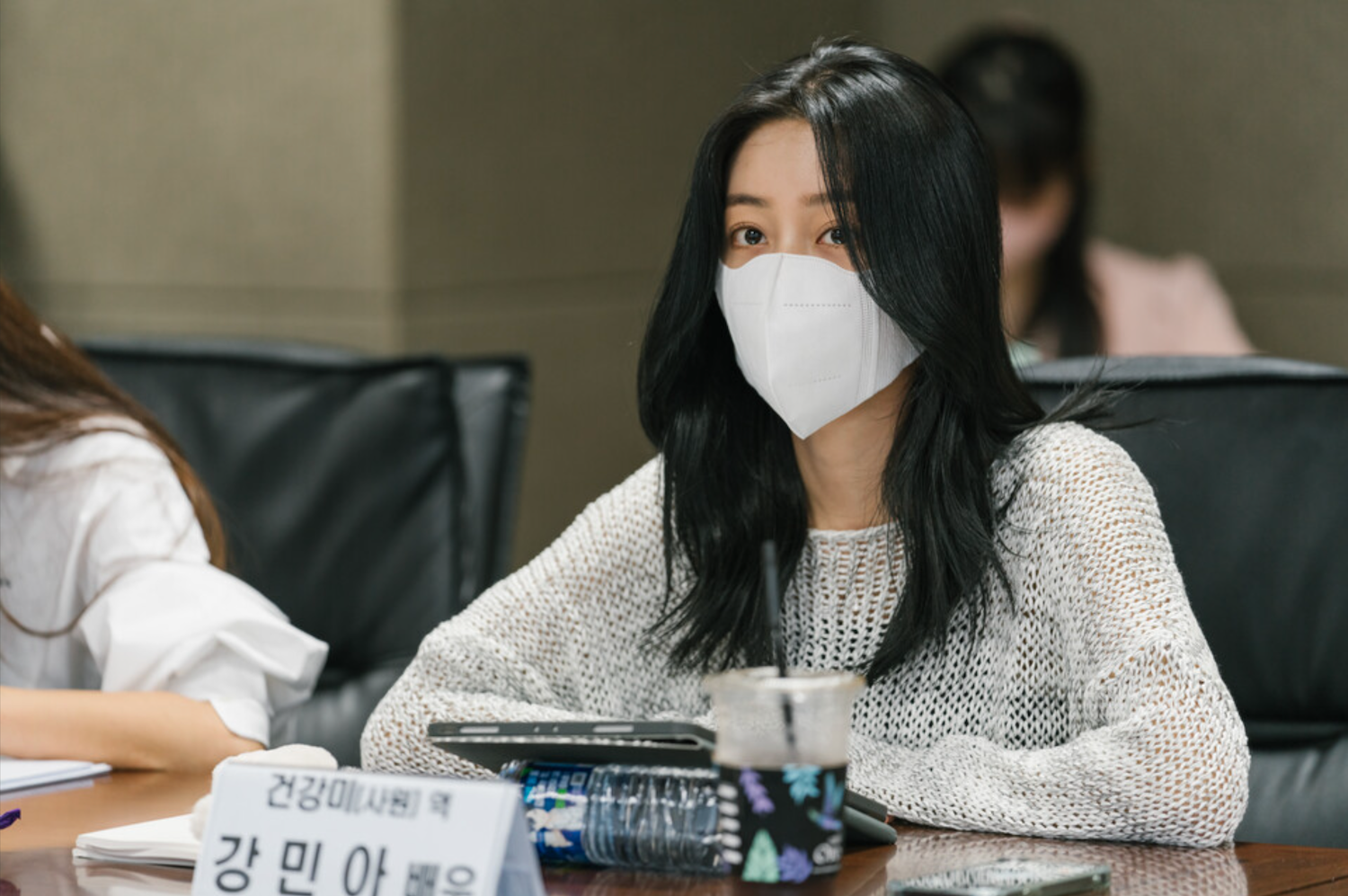 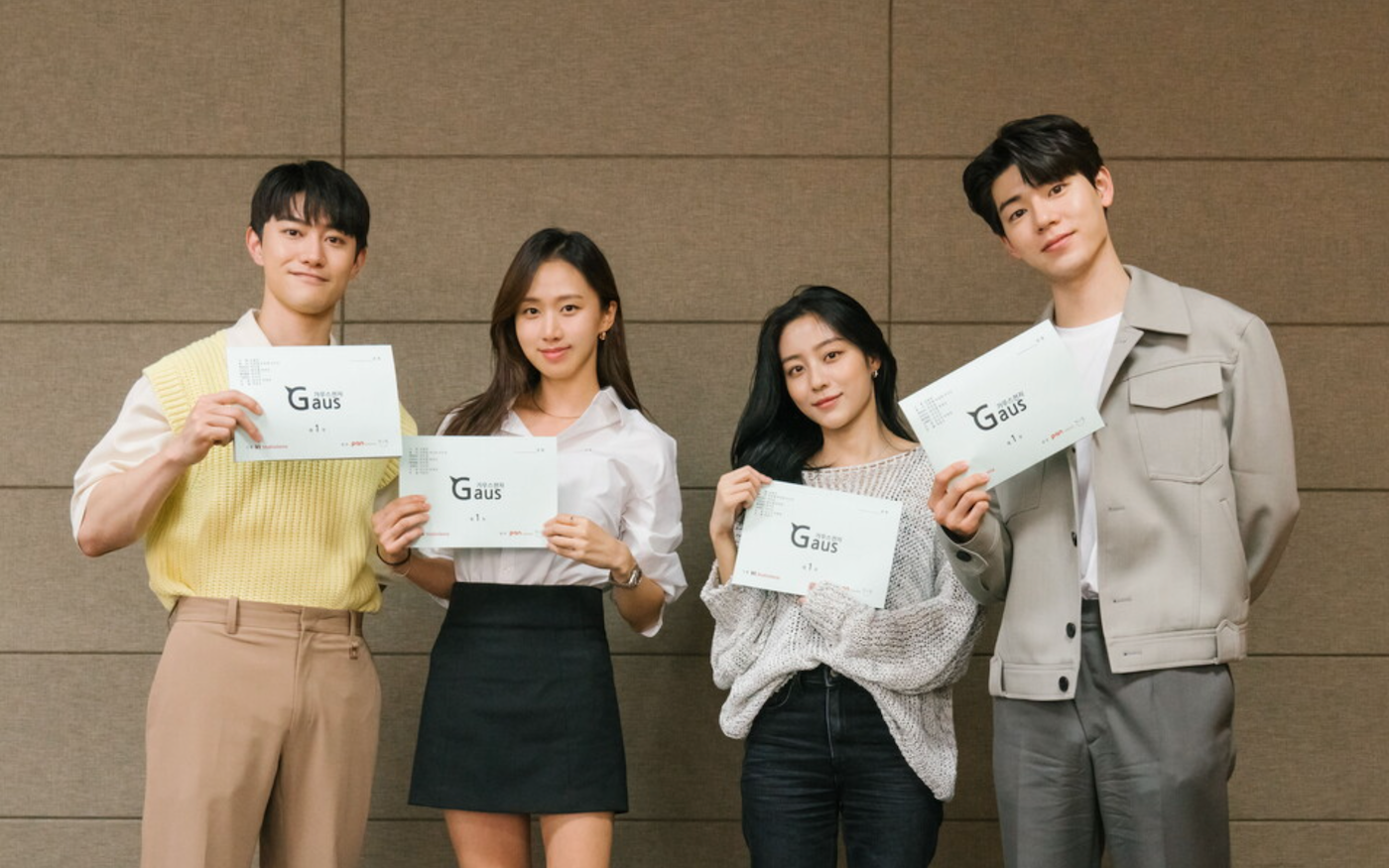 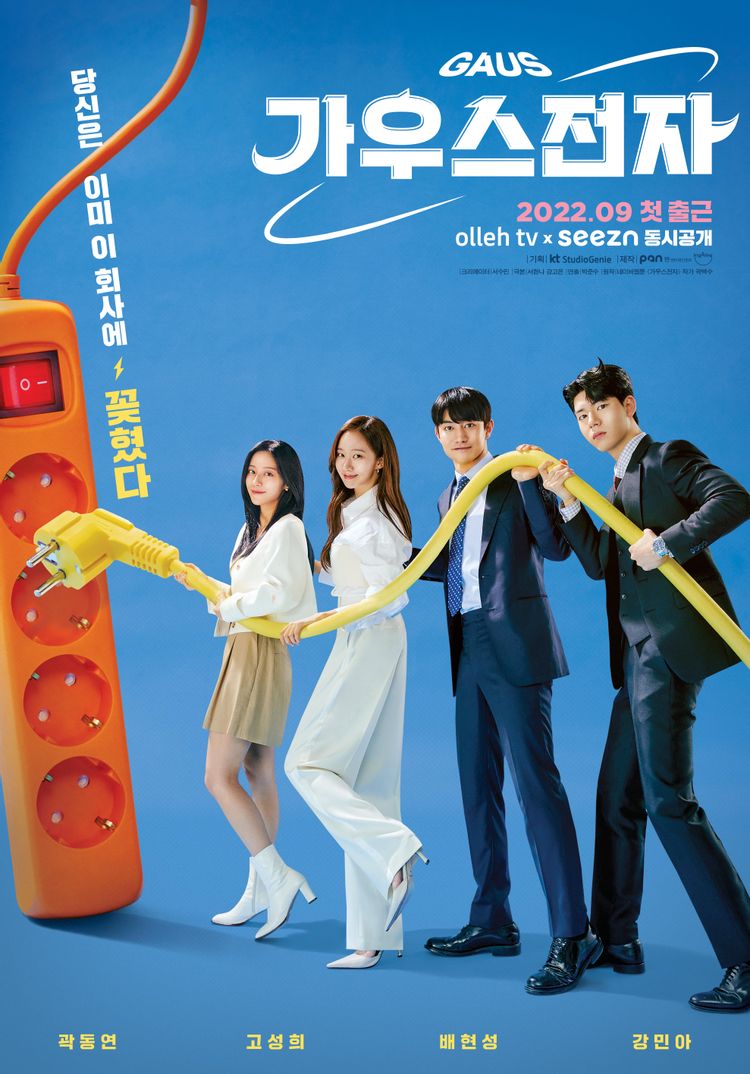 I am afraid no news for the time being, which is a tragedy because we all need KDY in our lives.

This looks like its perfect for me so of course there is no sign of it on any of the streaming platforms I access. ☹️ Let’s hope it becomes accessible.
Kang Minah is definitely working hard this will be 3rd drama I have seen her in recently.

Well we're all watching this because it's Kwak Dong Yeon in His First and Far Overdue Lead. Duh.
What the rest of it will be like, who knows.

Pinch me! Is this for reals??? Like real real??

A thousand and twenty two beanie prayers finally worked? Of course? count me in!

I am thankful that Kwak Dong Yeon finally has a lead role!
Now left hoping that this will be available on one of my subscriptions...

Do we even need another reason to watch? 🏴‍☠️ is the least I can do him.