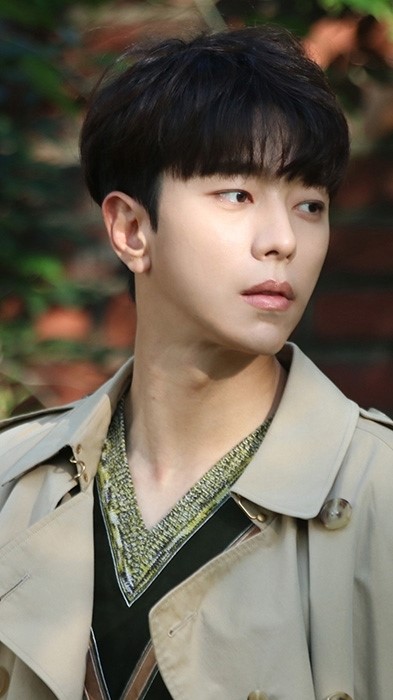 Actors Yoon Hyun-min (Mama Fairy and the Woodcutter) and Go Sung-hee (Ms Ma, Nemesis) have been announced for a new Netflix original drama, You, Holo, and Me.

You, Holo, and Me centers around a lonely woman who, by chance, encounters a personal-use artificially intelligent (AI) hologram that is incredibly loyal. Adding another dimension to the story, the hologram was created in the image of its human inventor.

Go Sung-hee is set to play the lonely woman named So-yeon. To the world, she is a successful careerwoman, highly competent, and skilled at staying ahead of business trends. But she has a secret; she’s been hiding the fact that she struggles with prosopagnosia – a disorder that causes an inability to recognize faces.

Yoon Hyun-min will be playing the dual roles of both the AI hologram and its inventor. The inventor and genius scientist character is named Nan-do while the AI hologram, who looks like Nan-do, is simply named Holo.

I thought we had seen the last of the trend of AI robots and dual AI/human roles after this past year. But You, Holo, and Me does take a different approach by featuring a hologram AI character, which is apparently a first for Korean dramas. I’m certainly intrigued by Netflix’s involvement and it’s nice to see them taking on more and more drama projects. 2019 is shaping up to be quite a good year for shows so far. Here’s hoping it continues!

New Netflix drama, You, Holo, and Me, will be directed by PD Lee Sang-yeob (Familiar Wife, Shopping King Louis) and writing is credited to Ryu Yong-jae (Pied Piper, Liar Game, Time of the Dog and the Wolf). 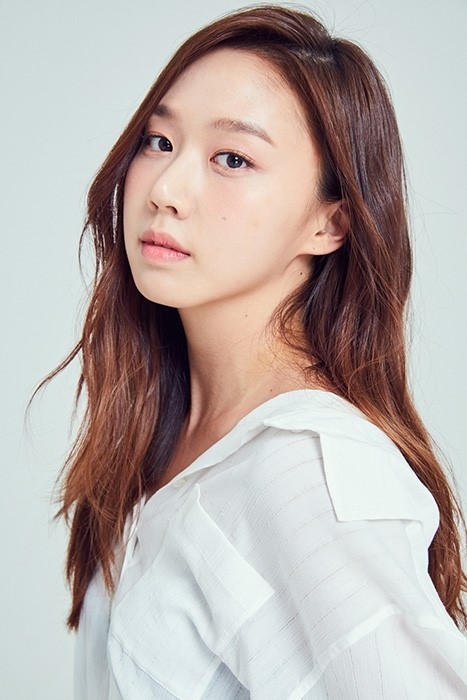 Looks like the only place I'll ever see someone with prosopagnosia is in a kdrama. This is the 2nd one this year. This premise doesn't even sound interesting, but I'm giving every new kdrama at least a chance.

Another one last year with Rich Man Poor Woman that @kimbapnoona speaks so highly of.

Do the writers have a yearly gathering and vote on the condition/disease of the year?

Yes, but this writer is way behind - this show belongs back with Surplus Princess & Girl Who Sees Smells. This year is zombies :)

Hey, I liked Girl Who Sees Smells, and I actually knew a person who saw colors with sounds (but not smells).

@LindaPalapala I know someone who sees music and numbers as colors. She said when she found out other people don't, she was sad for them.

@jeanthierrycha Oh it's very real and synesthesia is now beginning to be studied more and more. This article explains it fairly well. http://mentalfloss.com/article/70283/synesthesia-why-some-us-can-taste-music-and-hear-rainbow

For the new Beanies, there is a extra thick layer of sarcasm in @justme's statement you might not be able to detect.

Save yourself, although through that experience @wishfultoki, a few Beanies and I I survived and became stronger together (maybe....hard to sort through feelings after trauma.)

Once a illness is in trend in Korea, it really gets in trend.

Aw, I was actually more interested in this drama when all I knew was that it was about a woman who took comfort in a hologram. All this extra stuff makes it sound pretty standard for a fantasy romance. 😅

Just how weird does a person have to be in order to take comfort in a hologram?
On another note: Kim Nam gil is a god. He can do no wrong. (More tomorrow in what we're watching).

Adding another dimension to the story, the hologram was created in the image of its human inventor.

Cure for face-blindness - have everyone who matters have the same face :)

Heck, I am not diagnosed but I have trouble remembering people whom I have met last week!

Genius inventor male lead, face blindness female lead,
if the AI hologram has exorcising capability we are good to go!

All we need is a cameo by Lee Min-ki as the female lead's orabeoni. ;-)

The exorcist is a roomba and Lee Min Ki is fighting against education corruption.

When you see this just hanging out in Recent Comments, you cannot help but click to see what the rest of the conversation is. It doesn't disappoint, but now the drama probably will in comparison to what could have been.

Chingu exorcising dirt with his German girlfriend Geum-ja FTW! Orabeoni is face blind like sis, but that doesn't stop him from making kimchi, or singing in a rock band. ;-)

Right?? She's no longer that wooden actress we saw in Miss Korea.. Love her and her hardwork in improving her skill. 💞💞

IKR? She keeps doing project after project that can challenge her acting and make her improve. I love her!

@tccolb, thanks for the casting news for Yoon Hyun-min's next outing. Thank you, Netflix! I'm even more excited to see that PD Lee Sang-yeob is directing. He did a wonderful job on THE KING'S DAUGHTER, SU BAEK HYANG. For a show that did not have a big budget, he and his crew produced some exquisitely gorgeous scenes, particularly in outdoor settings, that were populated with memorable characters portrayed by a dandy ensemble cast. As for writer Ryu Yong-jae's work, I've only seen TIME BETWEEN DOG AND WOLF, which was a good watch.

Holo, eh? A walking humanoid holographic facial-recognition system who works 24/7 and doesn't have to eat, sleep, or get paid overtime. Comes equipped with "whisper mode" to stealthily inform his master of the identity of everyone who appears before her. Let's hope he doesn't turn into HAL. Heol!

In this dual role, YHM has twice the likelihood of finally getting the girl. I'm still not that keen on his character having ended up with the unprofessional psychiatrist in MAMA FAIRY. Hrmph.

Is anyone else getting a STAR TREK vibe? Geeenius AI inventor Nan-do sounds like a mashup of Nam Shin III's geeenius mommy from ARE YOU HUMAN TOO and dorky Lewis Zimmerman, creator of VOYAGER's Emergency Medical Hologram Mark I -- crossed with Mr. Data's geeenius daddy, Doctor Noonien Soong, from NEXT GENERATION. It will be interesting to see how this pans out.

Ugh. Did he end up with the psychiatrist in MAMA FAIRY? I’m glad I dropped that one early one.

I had my fill of AI last year... so I’ll skip this and just wait for the pre-produced ABSOLUTE BOYFRIEND, with Yeo Jin Goo and Hong Jong Hyun. I can’t miss that one.

@wishfultoki,
OOPS! Should have posted a spoiler alert. IIRC, that's the way MAMA FAIRY ended up. It got complicated because of the multiple incarnations of celestial beings, but I liked the twist when it was finally revealed.

I've been keeping my eyes open for ABSOLUTE BOYFRIEND, too. Needless to say, I was confused as heck when BOYFRIEND aired first. ;-)

Wow. Your Holo, HAL and Heol made my brain churn!
(Was that your intention?)

Yes, I wrote it with malice aforethought. Bilingual sci-fi pun, with apologies to Arthur C. Clarke. ;-)

Prosopagnosia again?? Well, I hope this drama is better than his previous one.

Is prosopagnosia is the new amnesia? I still prefer amnesia,... please come back you my favorite trope!

I agree with you, mano. I'd much prefer good ole amnesia. ;-)

Apparently prosopagnosia is the latest Kdrama fad. At the rate it's proliferating, you'd think face blindness is a virulent infectious disease.

I cannot help but be reminded of the comments by uri cartoonist Beanie @barbara-fox Wag-a-muffin, who has the condition, starting here in the recap threads on THE BEAUTY INSIDE:
http://www.dramabeans.com/2018/10/beauty-inside-episode-1/#comment-3315853

It's no laughing matter. I fear that its indiscriminate use as a trope will be a disservice to people who have the condition. On the other hand, if it's done respectfully, it might help raise public awareness, and even lead to diagnoses for folks who don't know they have it.

@marcusnyc20 bong-soo,
Yes indeedy, prosopagnosia has already starred in a sageuk. I thought it was done well, and showed how observant Jung Je-yoon was in finding secondary characteristics he could recognize.

Thanks @pakalanapikake, I just read wag-a-muffin's experience living with prosopagnosia. It's really admirable she's working a cartoonist without being able to visually imagine what she's going to draw.
I don't know how face blindness going to be done respectfully in Korean drama. Just like amnesia before it, I think it will be used to create mishap and misunderstanding without any depth about the condition itself.

I believe prosopagnosia is what Kim Seon-ho’s character had in 100 DAYS MY PRINCE.
I am a big fan of YHM but made it through only one episode of MAMA FAIRY. I hope this one is a winner.
I enjoyed Go Sung-hee in SUITS.
Now if YHM played a good AI hologram and a bad AI hologram and the inventor we would be getting into DUEL territory.

Hmmm. Data vs. Lore vs. Doctor Noonien Soong as holograms. Make it so! ;-)

O/T butone of my favorite lines from Captain JLP is when there is a dire situation such as: “Captain, shields are down, 6 Klingon warbirds off the bow” and JLP stands up, pulls on his tunic and forcefully asks:
“SUGGESTIONS?”

It's been a dog's age since I last watched the good captain. ;-)

And here it goes again... prosopagnosia...the new trope that replaced the "I have an incurable disease"