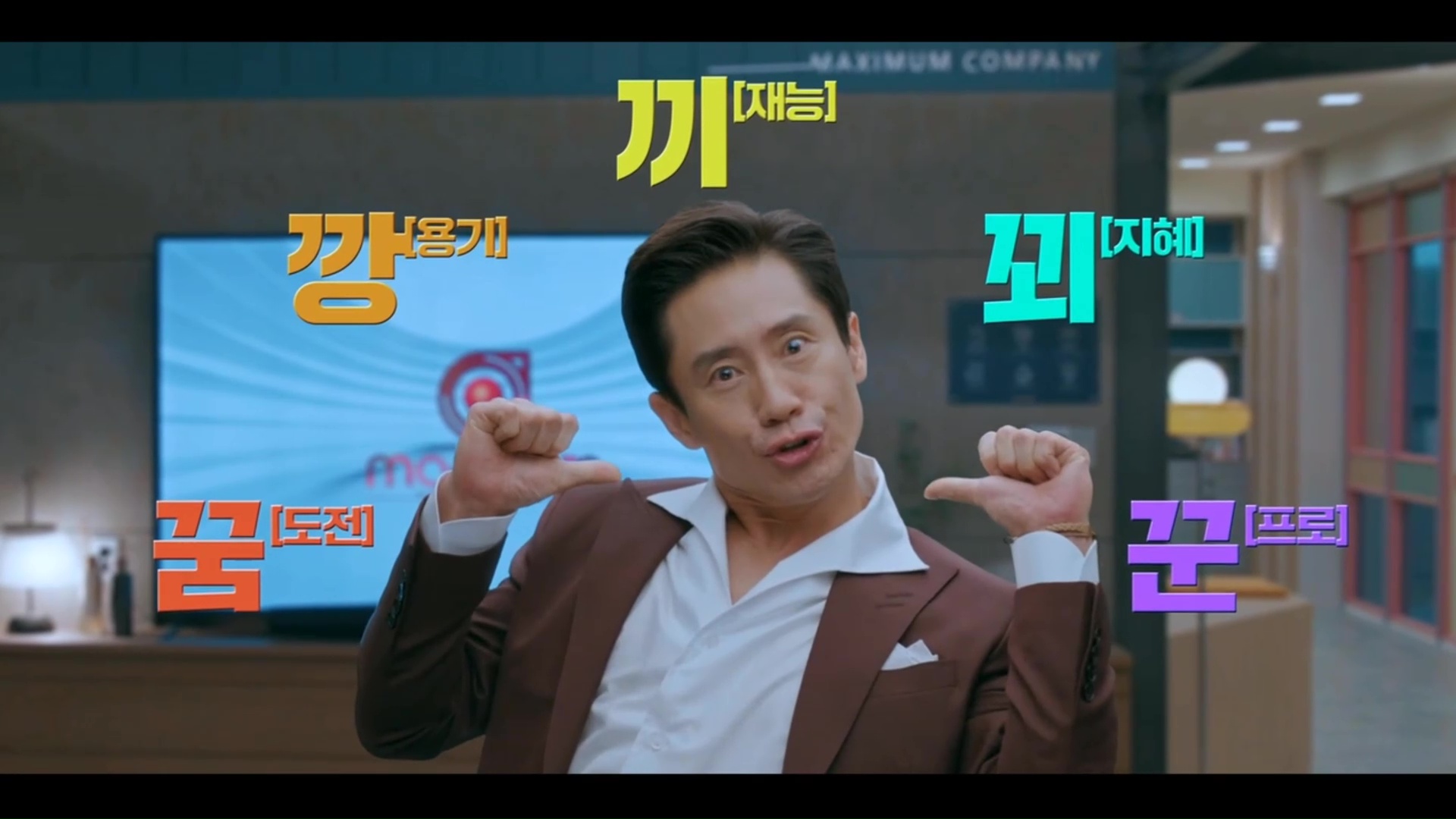 Now that their CEO is rich, everyone clamors for bigger funds for their department. However, in order to see any of that money, they have to put aside their differences and join forces to make their boss happy. While all this happens, misfortune hits one of the employees, and our group of lovable oddballs proves that they can come together to help each other. 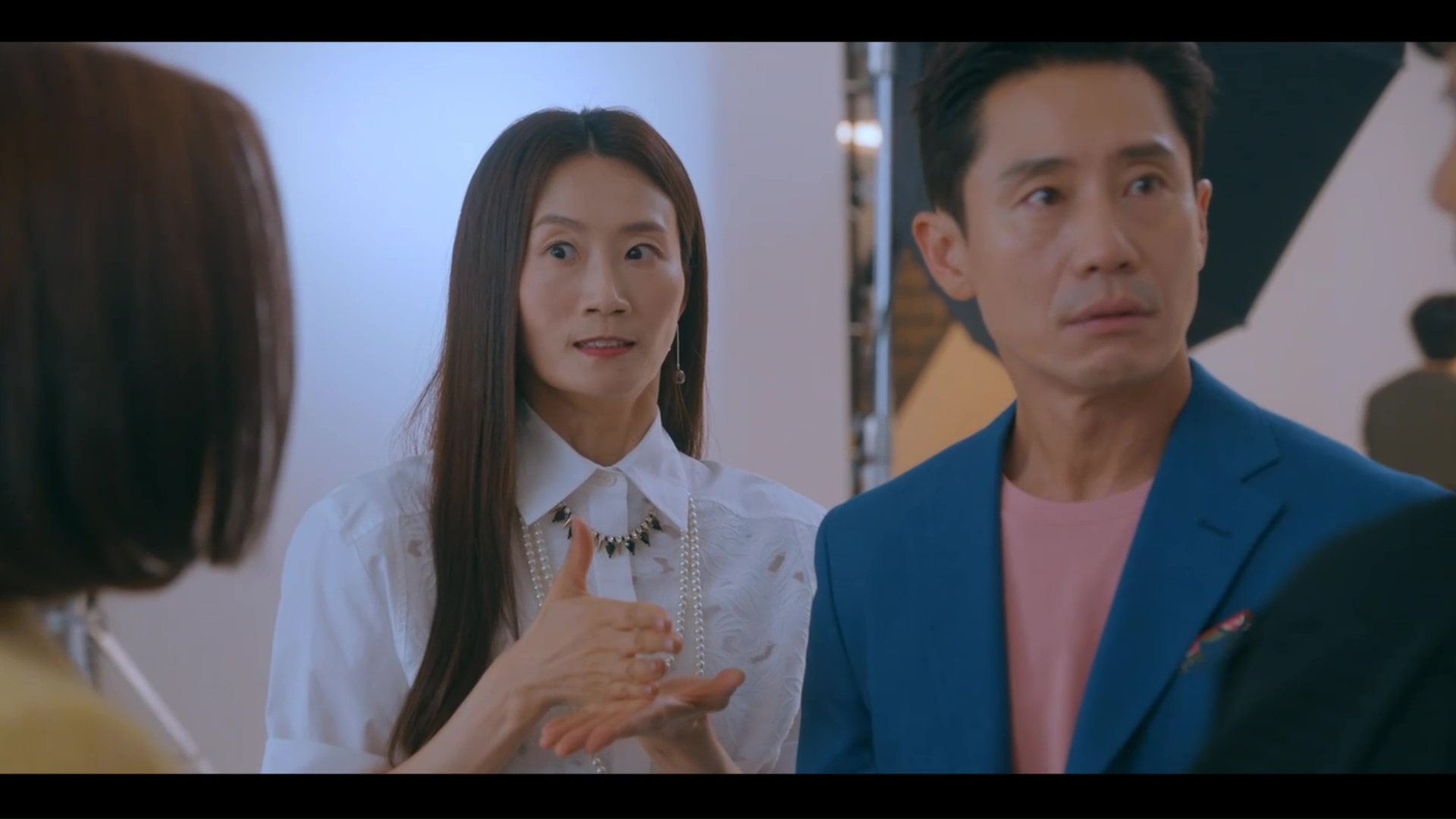 Rumors of Steve’s sudden claim to fortune (a.k.a. the bitcoin incident) circulates in the office, and everyone pops up at his photo shoot for a piece of the pie. Carol wants Timothée Chalamet for promotions, Monica needs a bigger HR team, Jesse suggests moving locations, Sung-beom pushes for a launch party, and Ashley simply wishes to be a part of a real department instead of her odd amalgamation of a title.

In the lounge area, the others take turns asking Steve about movie recommendations, and even if he sounds pretentious and gets things wrong, they all act enthralled to keep him happy. At one point, Steve recommends a Shin Ha-kyun movie — heaping on the praise, of course — and everyone claps enthusiastically for him. Ha! 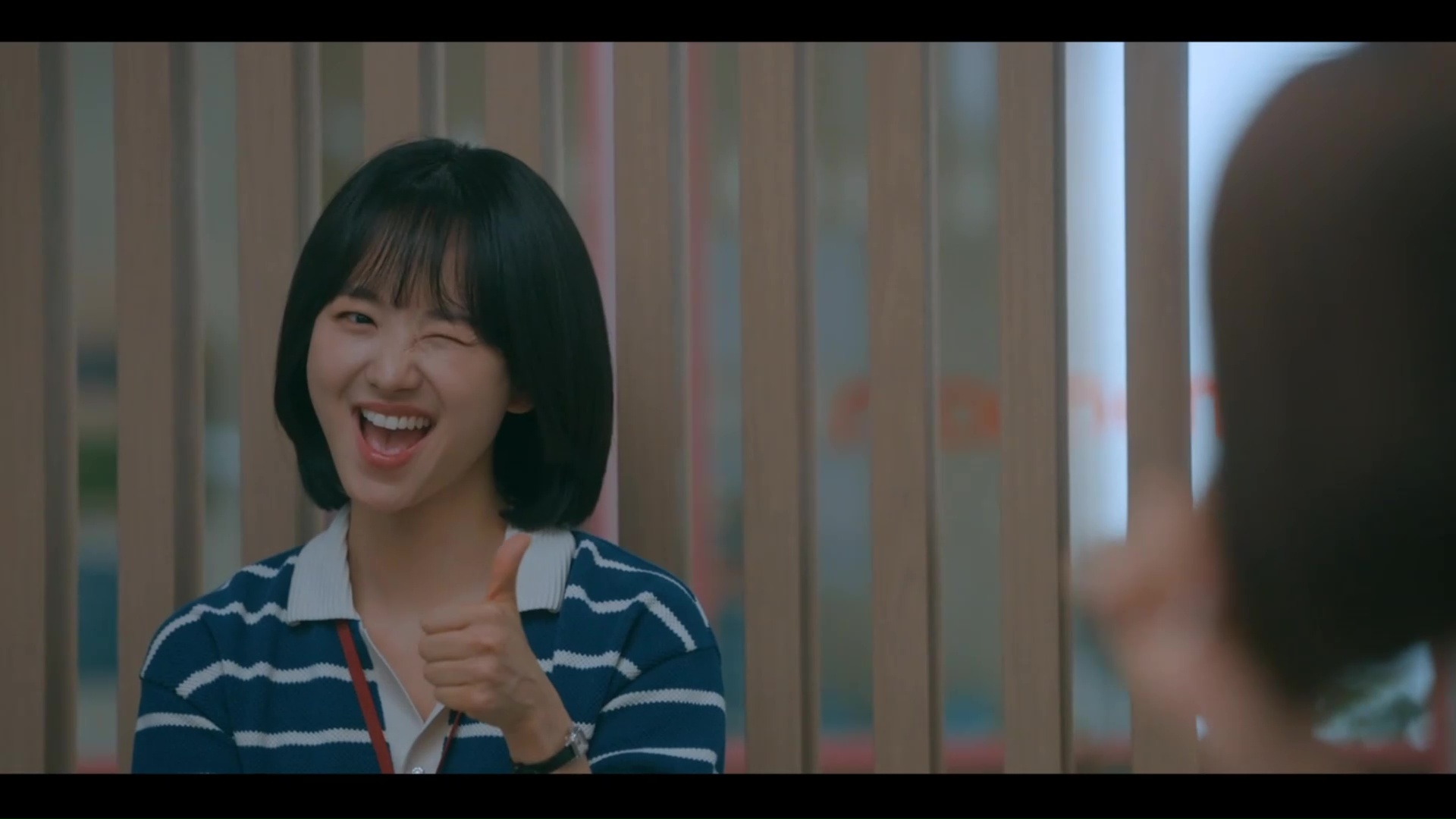 While progress is being made at work, outside the office, Ashley’s love life comes to a standstill. Though she and Jay have made their relationship official, he is too busy to see her after moving to Magenta. Unfortunately, his new workplace is a nightmare, and Jay’s duty is to monitor the restrooms, which includes cleaning them.

Back at Maccom, the team moves on to number seven: Steve’s “intellectual” bravado. As they sit through another useless meeting where Steve shows off, they nearly ruin the ruse when he trips over his own feet and then brushes it off as a life lesson. Unaware of their suppressed snickers, Steve smiles proudly and wonders aloud why he feels so happy today.

Due to his good mood, he offers to buy them lunch, which leads to number twenty-four (food) and thirty-two (social connections) of his bravado list. Even though Ashley’s plan is working, Steve’s constant nagging takes its toll on everyone, but they endure the indigestion and play along to Steve’s supposed connection to celebrity chef Baek Jong-won and the actor’s real-life friend Park Hee-soon. Heh. 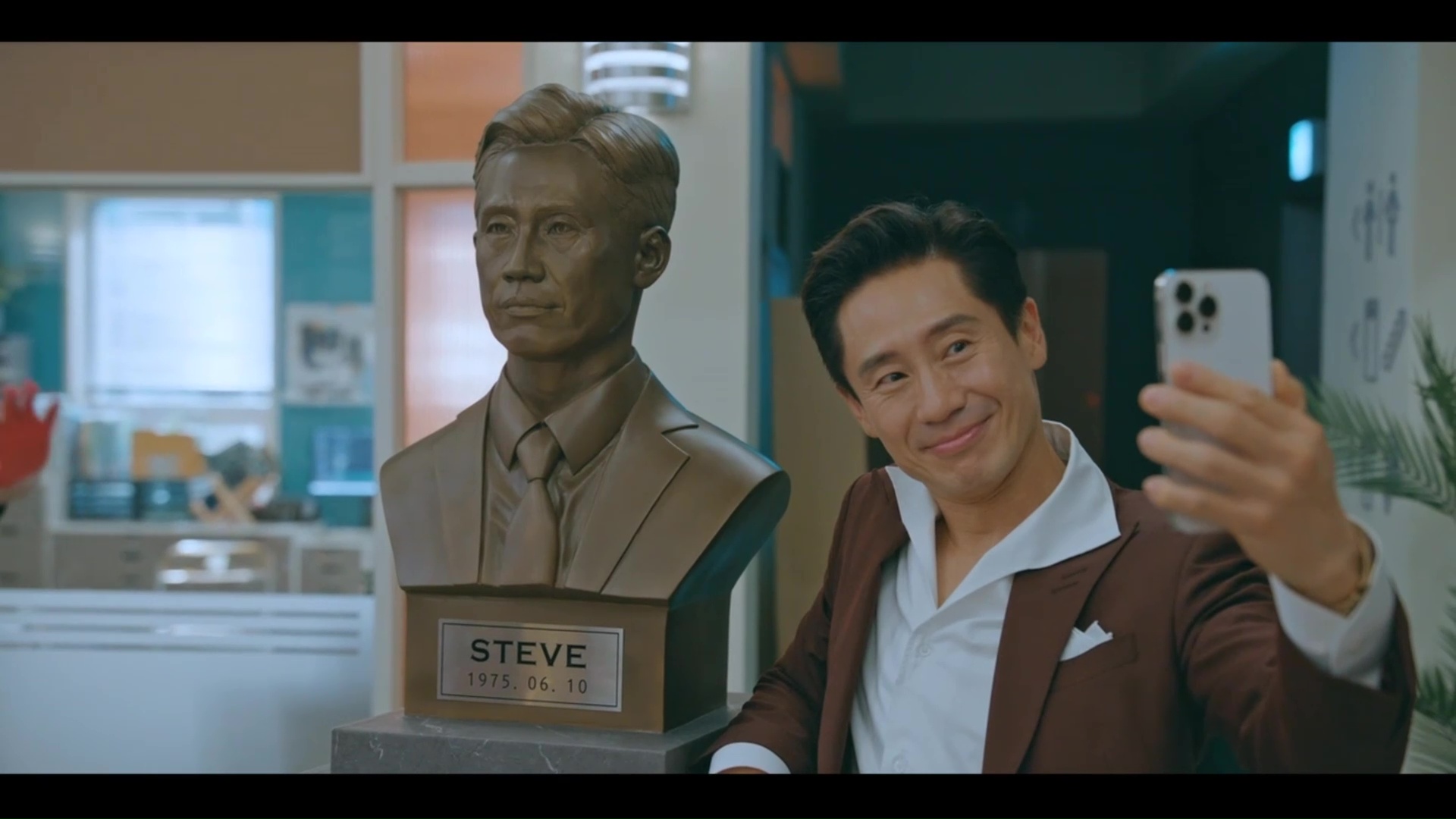 When they return to the office, a new bust of Steve arrives, too. While he takes selfies with “himself,” Ashley calls an emergency meeting to accelerate their plan before Steve uses all of his money on more vanity projects. Number thirty-eight is “I told you so…” bravado, so they manufacture a scenario where Steve’s advice turns out to be correct by sacrificing Jesse’s car.

While the plan works like a charm and Steve giddily tells the others that he was right, Jesse blurts out if this means that they can relocate now. Despite his usual goofy behavior, Steve’s expression hardens as soon as he hears the request, and he connects the dots. They chase after him to explain, but Steve turns them away since he has an interview with his old school, KAIST.

One of Steve’s greatest accomplishments is graduating from KAIST, so when the young CEO scoffs during his interview, Steve’s mood plummets. Noticing his slumped shoulders, the interviewer suddenly breaks into song — the OST from the 1999 drama KAIST — and they share a little musical number out of the blue. Hahaha, this show is bonkers! 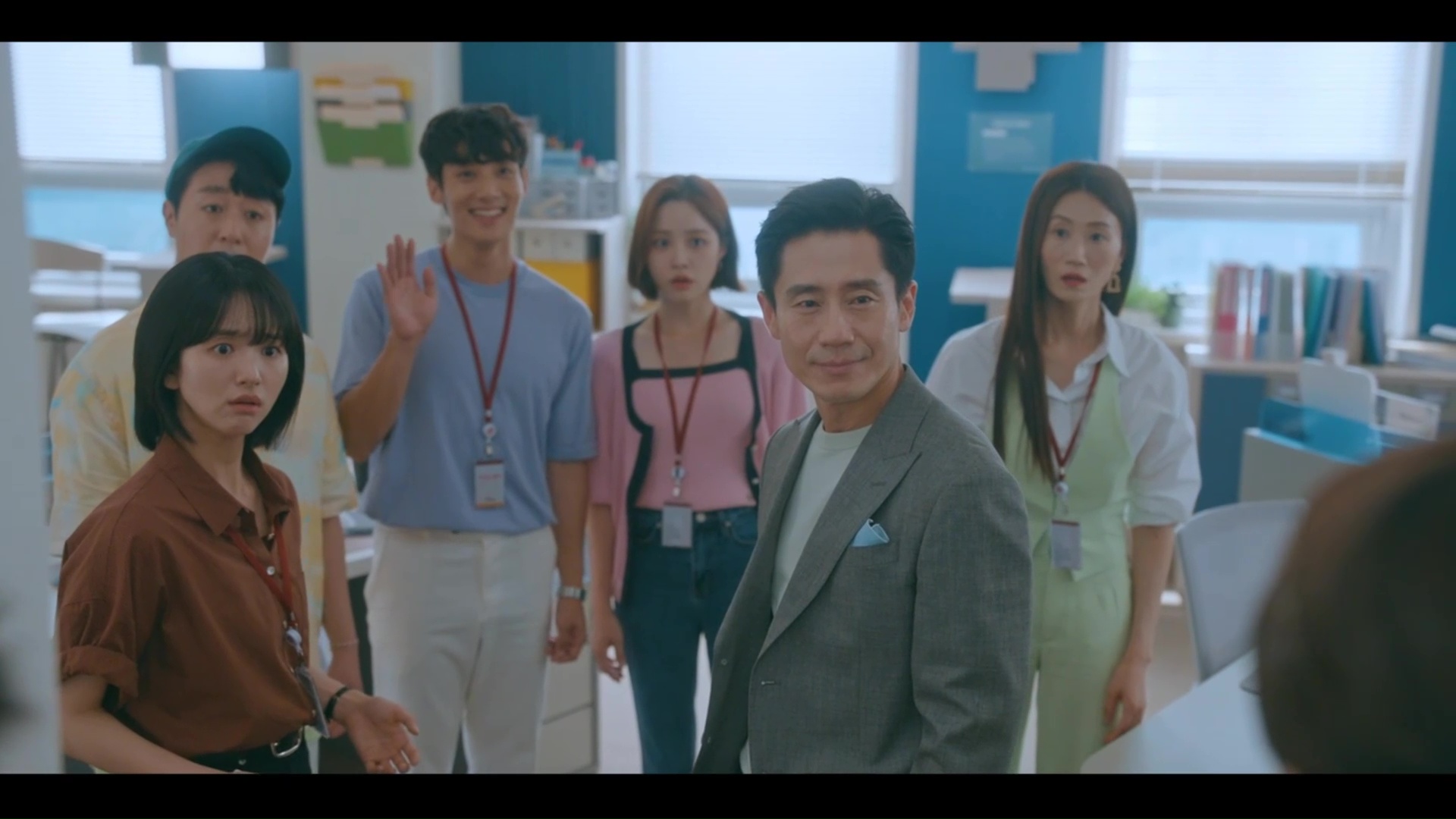 In reality, the interview was a set-up, and the KAIST student is Ashley’s sister. However, even this brilliant trick was all for naught as Steve announces to his team that he spent all the money already. He introduces them to what he bought, and through the doors enters Jay and his old company.

With spirits high, they gather at Steve’s place to celebrate his birthday, and as the camera pans around his apartment, we see that Steve’s “bravado” is not completely unfounded. He seems to have a genuine interest in movies and books; and he does, in fact, know a celebrity: comedian Park Hwi-soon (who often gets confused with the actor and vice versa). Shame on me for getting my hopes up, heh.

This scene is another great reminder of what makes Steve such an interesting character. He is a terrible boss who thinks with his heart instead of his head, but these very same flaws are often his greatest strengths as a human being. Steve loves fiercely which is why his emotions range from zero to a hundred with very little in-between. Thus, he finds value within people outside of their contributions, and once you are on his team, he won’t betray you first. In a way, people like him may be the biggest “unicorn” within the start-up community writ large. 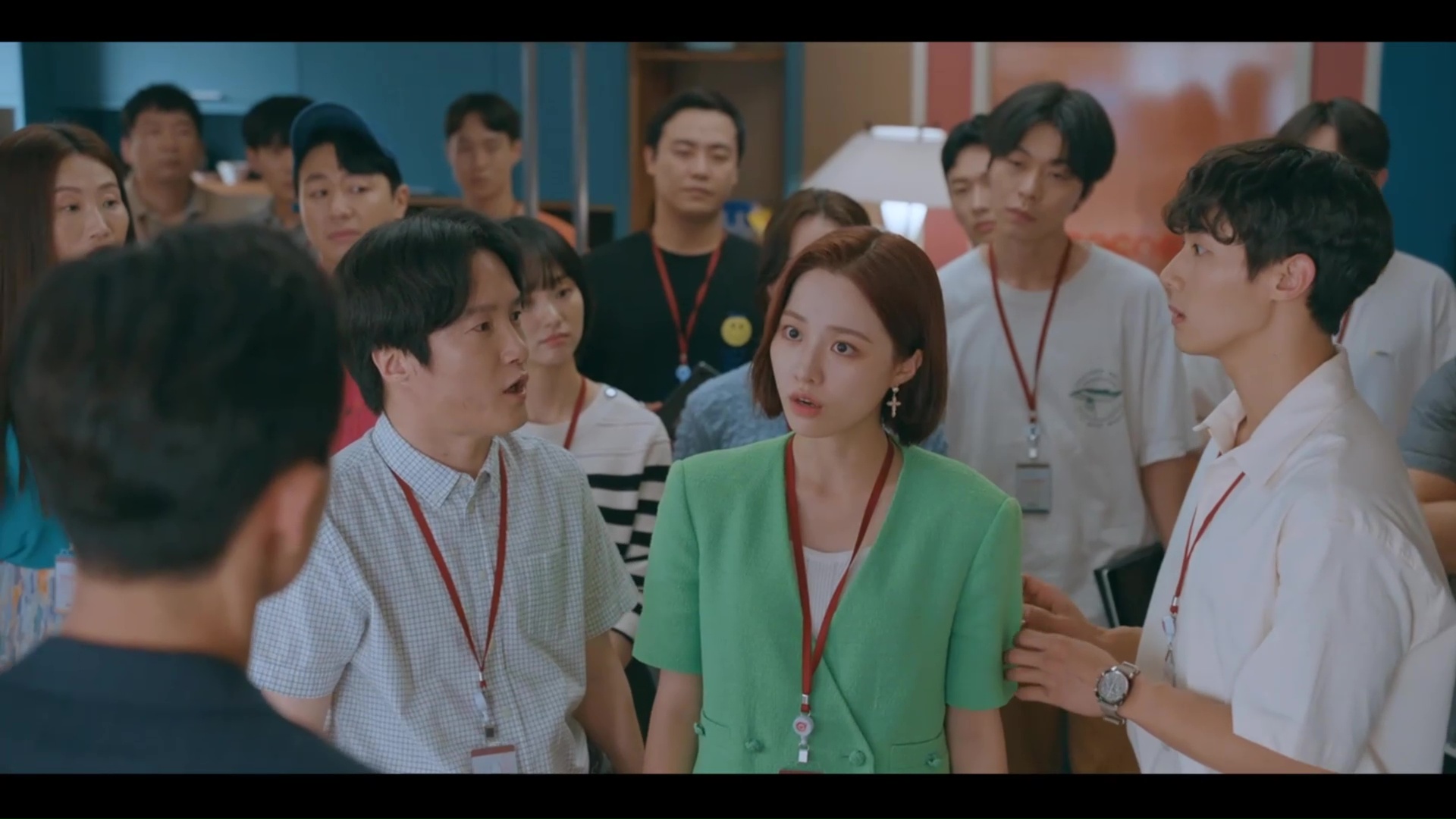 Now that their app has launched, Steve plans to expand their “metaverse” and showcases their new prototype, Again GO. After demonstrating the new capabilities such as notifying users of frequented places, Steve expects a round of applause but only hears an earful from Carol and the others for wasting money.

As the workday continues, Charles disappears, and Monica worries about their elderly intern who has shown some troubling signs as of late. She looks up the pills he left on his desk and learns that Charles has Alzheimer’s disease. She immediately notifies Steve, and the whole company starts searching for their missing intern.

While Ashley’s team goes to Charles’s apartment, Steve and Monica head to his old company where the security guard tells them about a possible acquaintance who might know more. They head over to a chicken shop run by Charles’s friend, and not long after, Ashley’s team joins them since they found some clues leading them to this place, too. 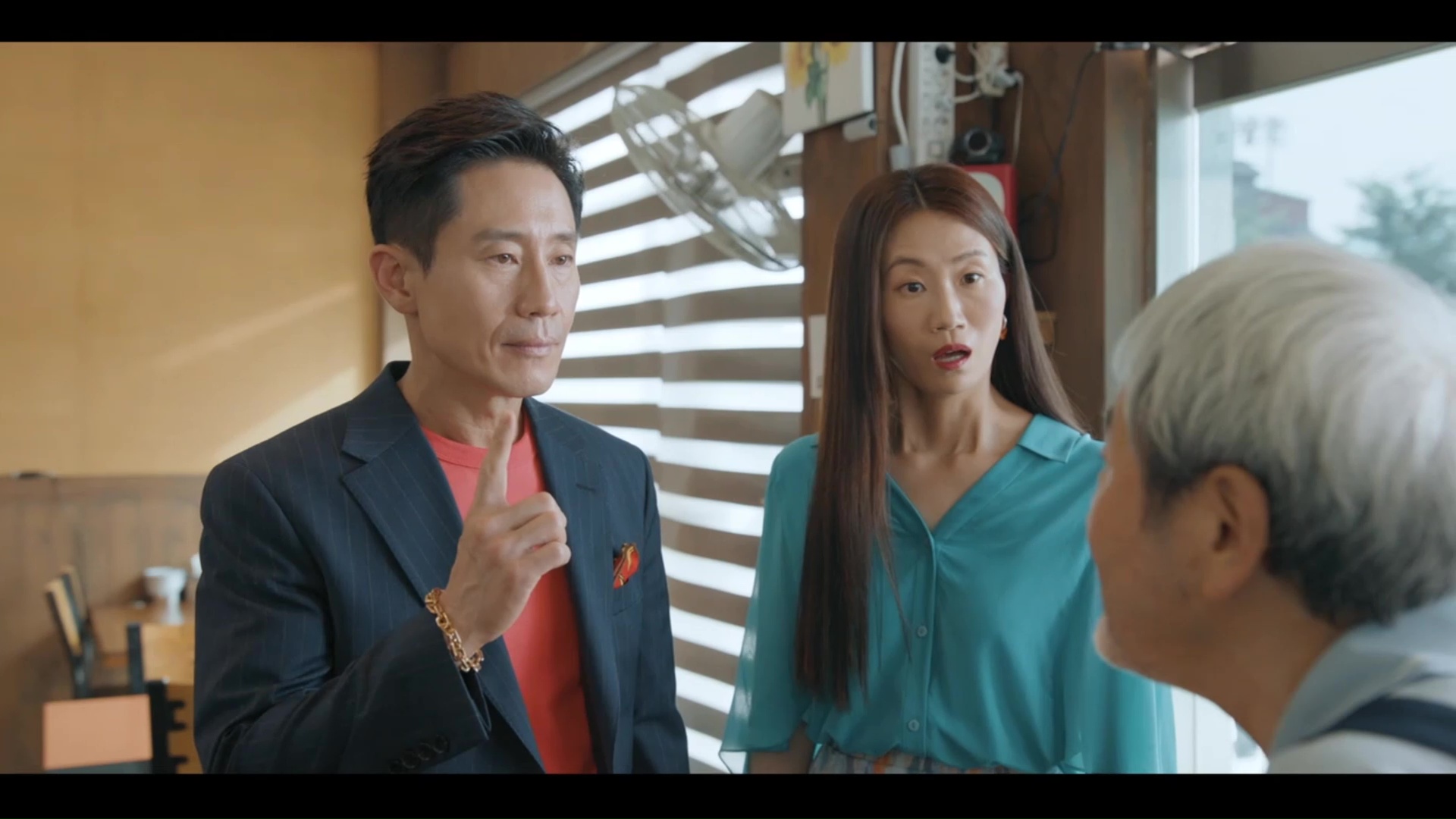 Luckily, Charles appears back at the office unharmed, albeit looking a bit dazed. The others are relieved to see him, but the mood turns sour when Charles’s estranged son comes to pick up his dad. As Steve invites him to his office, the son reveals his true colors and begins a sales pitch for his interior design business.

At the chicken shop, Steve heard about Charles’s relationship with his son and how he neglected his kid because of work and his sick mom. The biggest rift in their relationship came when Charles failed to show up to his own wife’s funeral, and then was absent when his son — an aspiring boxer — sustained an injury that ended his career.

After signing a contract with Steve to remodel his office, the son leaves and almost forgets to take Charles with him. Despite holding back this entire time, Steve runs after them and drops honorifics as he hands the son Charles’s phone. A bit irked, the son drives away, and during the ride home, he tells his dad that he does not feel guilty since he always considered his dad to be gone from his life. 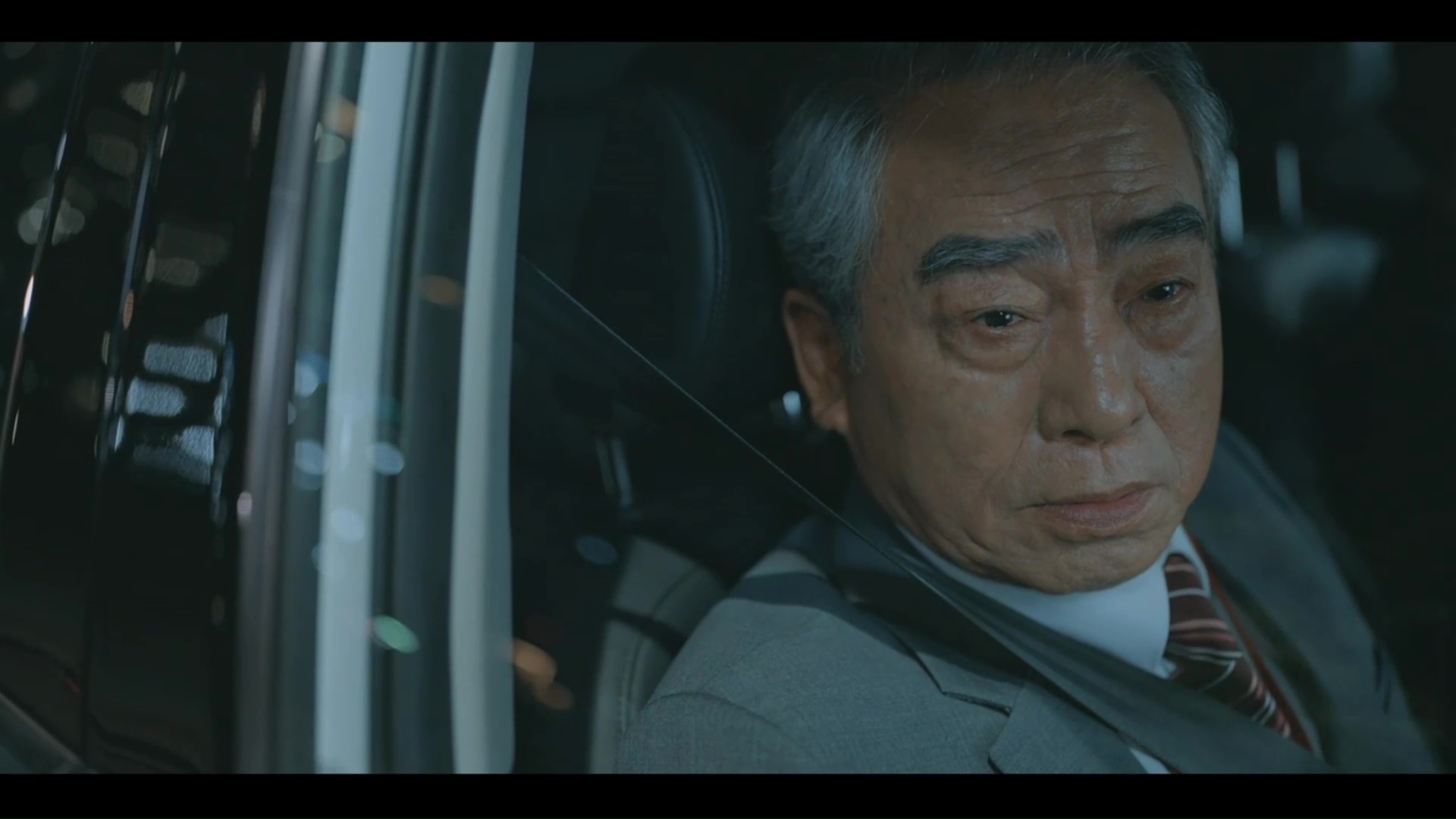 While driving, Charles receives a notification from Again GO that he has been here before, and a flash of recognition flitters across the son’s face. He stops at his old boxing gym, and looking through the app, he sees Charles’s avatar standing behind the door. All this time, he thought he was alone, and only realizes now that his dad was there that day when he needed him the most.

Sometime later, water pools on Steve’s desk from a leak in the roof, and he stares up at the remodeled ceiling with a sigh. Though this plot line veers a bit from the usual fare, at its core, Charles’s story and resolution capture the essence of the show’s message and highlight the undercurrent of hope that is ever-present from week to week. Neither Charles nor the son are painted as completely wrong or right because, in the end, relationships are complicated.

Charles failed to be there for his son when he needed him growing up, and it seems that he never tried to make amends with him. As a result, the son harbored resentment towards his dad, and from an outsider’s perspective, his detachment seems justified. However, the son profited off his dad’s condition which is a cruel thing to do, and the last scene with the leaking roof tells the audience that he did not grow up to be an upstanding adult. 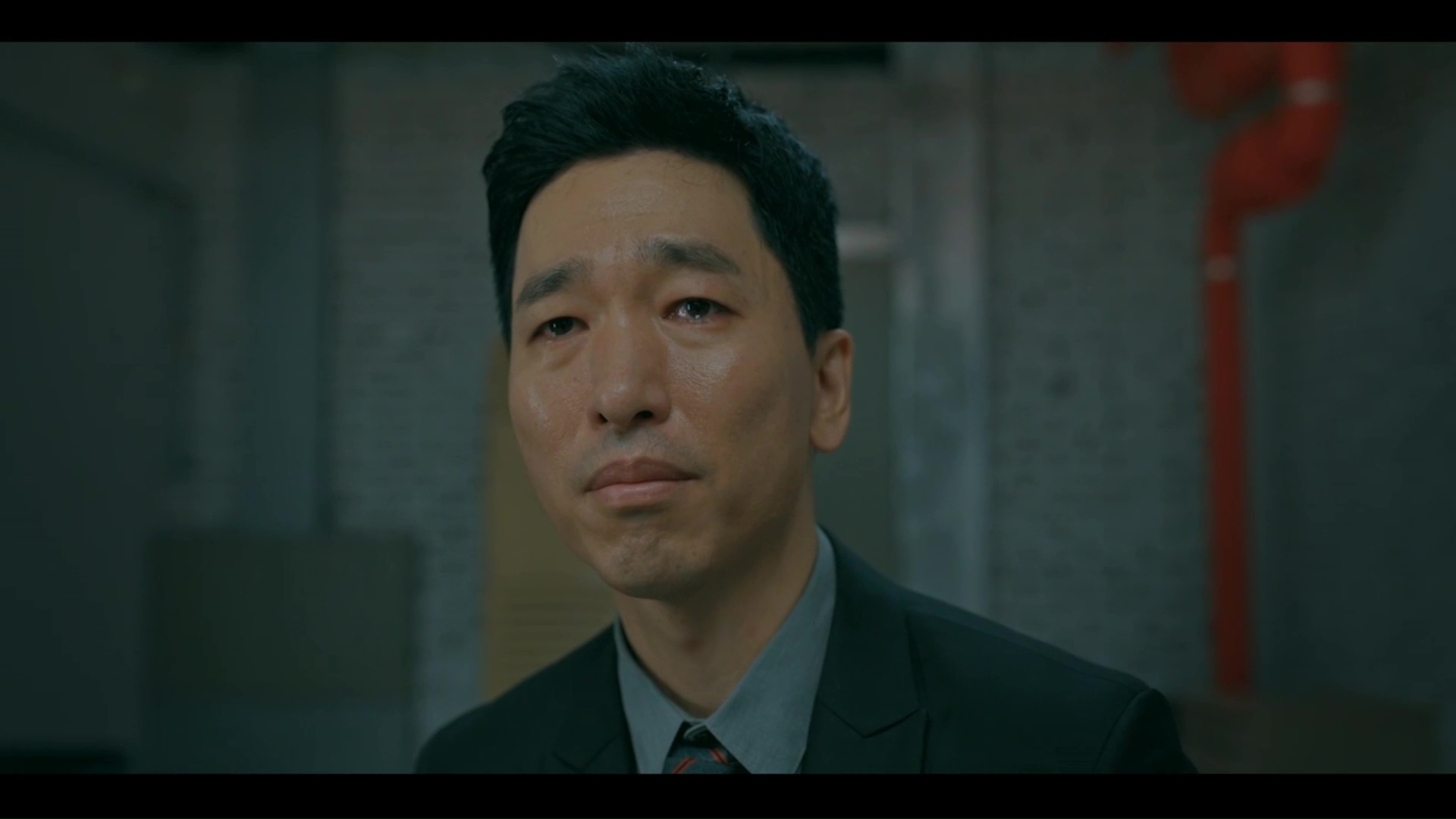 The boxing gym scene works so well because it portrays the brokenness of their relationship by emphasizing the impact of this watershed moment for both characters, not just the son. Due to his dementia, Charles most likely went back to that gym because he could not forget about his son and still holds that guilt in his heart. Then through Steve’s ridiculous app, the son realizes that his dad was present and did care for him. However, I like how the show did not include a grand gesture of reconciliation because forgiveness is not easy, and whether or not the son forgave Charles is still left open to interpretation (at least for now).

The other thing about Charles’s dementia plot line that aligns with the show is that Maccom has always been about second chances. Their matchmaking app is about the elderly finding love once more, and through Steve, the show reiterates time and time again that it is never too late to live your life. Charles is the epitome of that message, and even though he has Alzheimer’s, I don’t think his story is over (in the figurative sense). The show gave him another chance to rebuild his relationship with his son, and like with everything else at Maccom, it’s never too late to pivot. 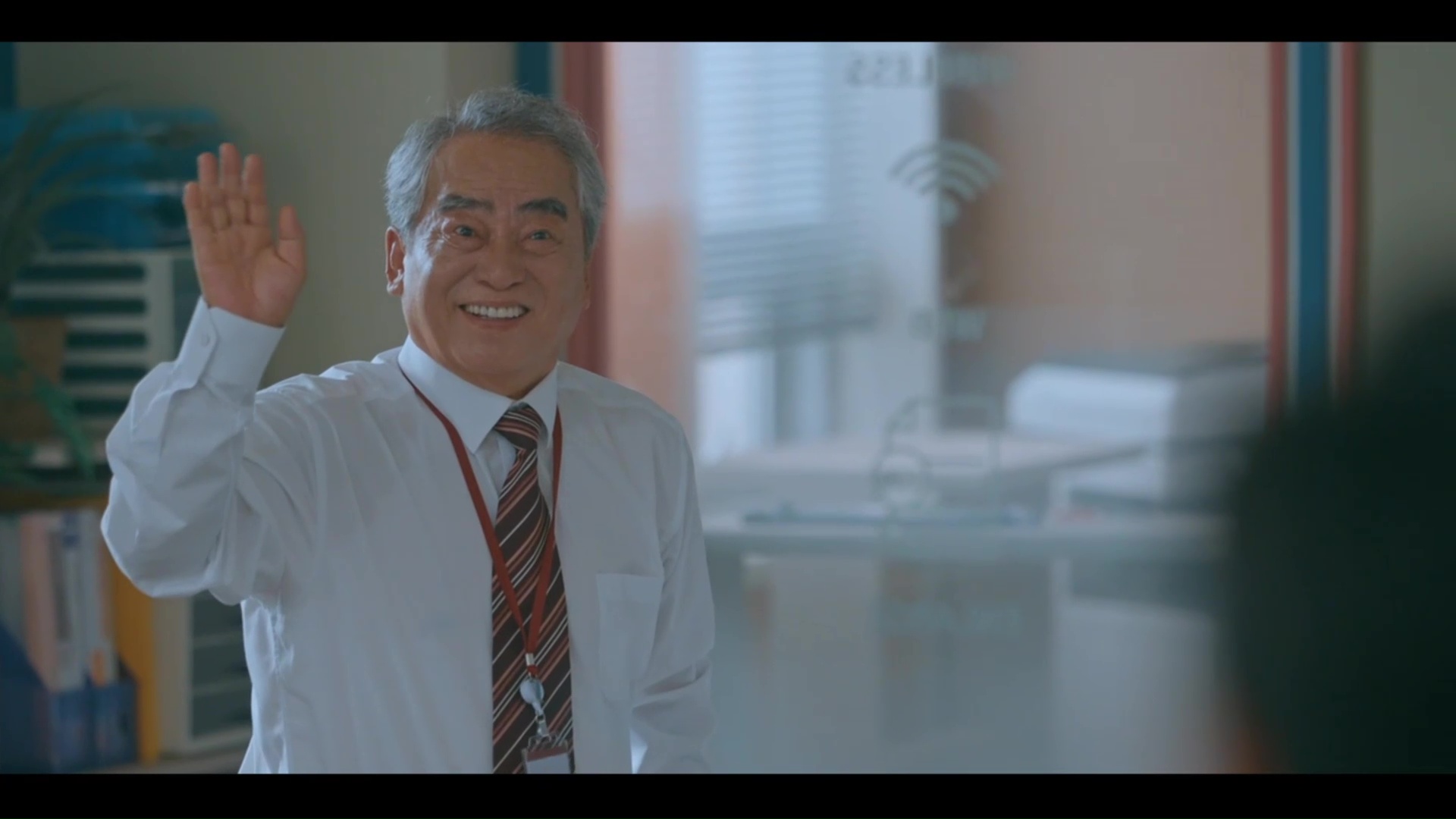 Thanks @lovepark for the weecap. These two episodes showcased what the show does best; while the 50 shades of Steve was superb it also showed that he can prioritise when it counts. I also loved that there was payback for his partner in exactly the same way he ditched Steve.

I loved that the comments about the ridiculous rip off of Pokémon Go became a means to show another perspective of the father son relationship for the son.

The restaurant owner making them buy a meal before giving them the information then telling them off for prioritising food when they should have been looking for Charles was another gem.

This show is light hearted and silly but makes really important points throughout. The dementia plot is the focus for most dramas when it comes to elderly people having an illness at least this show also talks about independence and new beginnings.