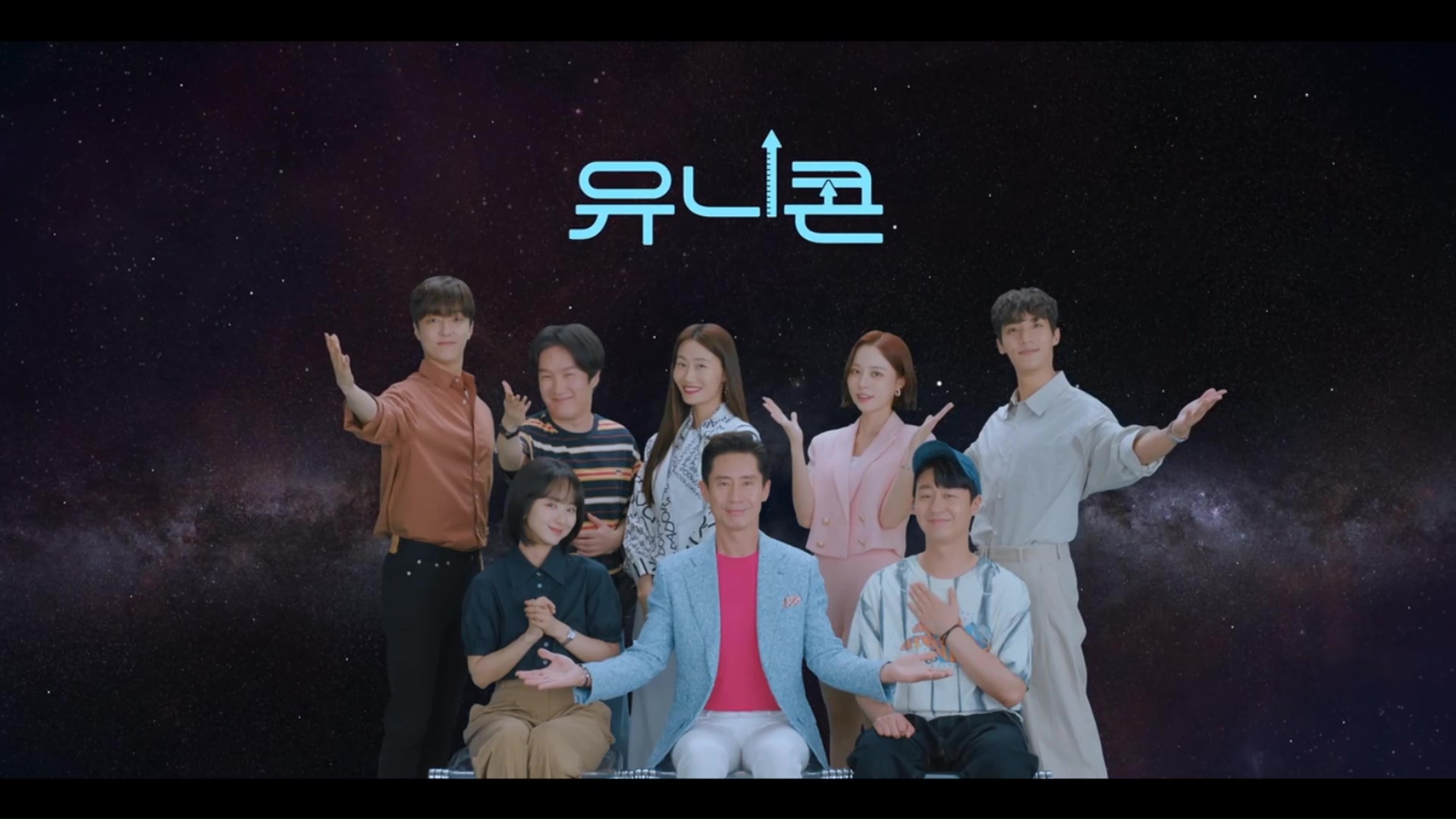 The show wraps up this week, and while many questions still hang in the air, it’s fair to say that Unicorn ended the way it started: hilarious, full of heart, and off-the-wall insane. There is never a dull day in the office, but somehow, in spite of the ridiculous antics by boss and employees alike, the company stays afloat and is on the path towards success. 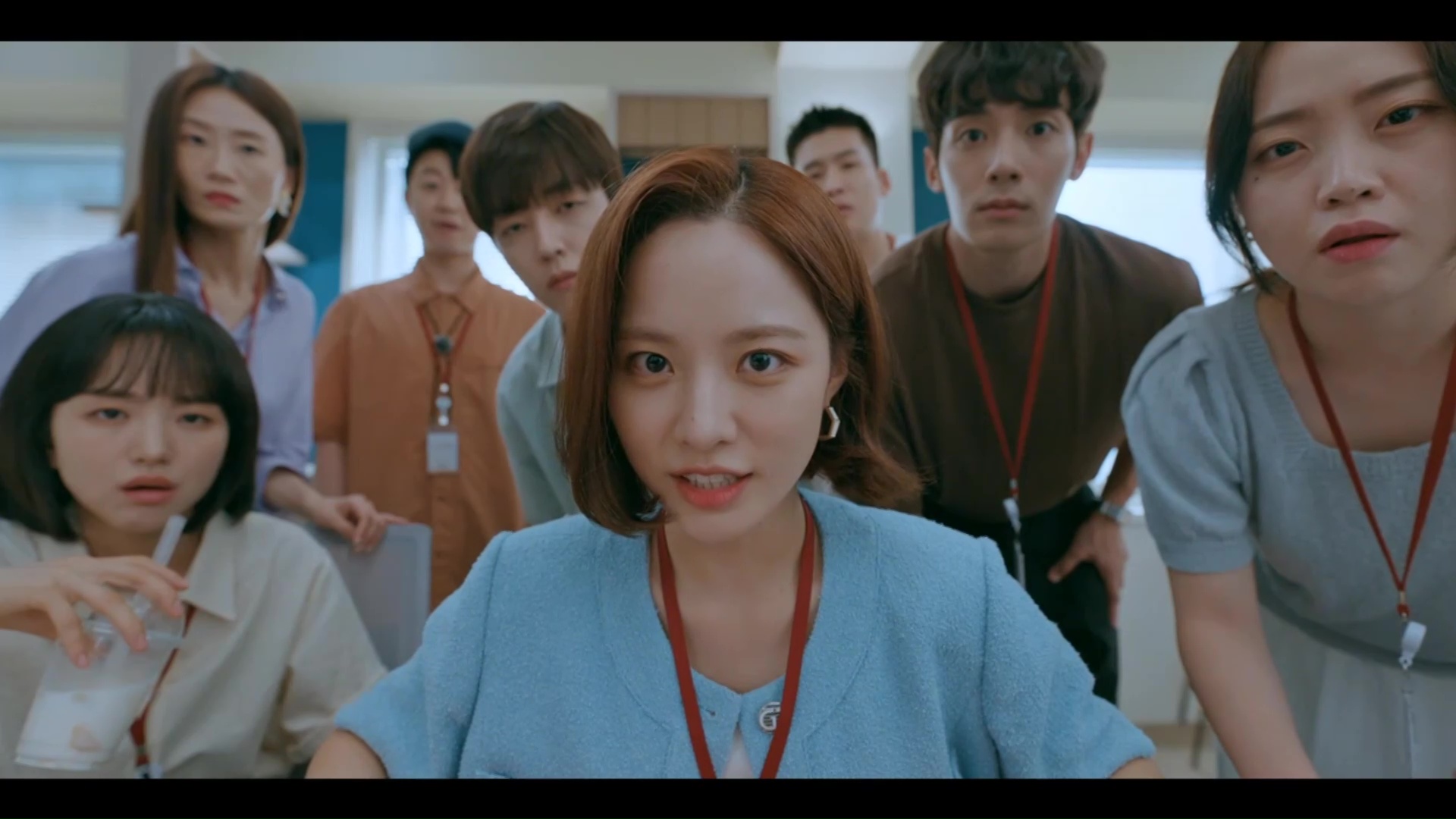 Business starts to stagnate for Maccom with new users trickling down, so Carol thinks of a solution after a deserter wrote a glowing, albeit unnoticed, post about Jesse saving his life. She suggests a brand renewal which Steve rejects until she explains that he is their company’s face, and he instantly changes his tune.

The first tactic is to have an employee “accidentally” buy an abundance of food, and instead of reprimanding the employee, Steve will donate the excess. The perfect accomplice is Philip — for reasons that don’t need to be stated — but apparently their choice was too good because poor Philip actually makes a mistake. 16 million won worth of plastic bags arrive at the office, and not even the welfare agencies will accept their donation. As a result, everyone at Maccom has to use the bags in lieu of coffee cups as well as a literal form of currency (e.g., Steve money on a budget). Pfft.

However, lady luck smiles on Steve when a story from the plastic company plays on the radio. The owner of the company thanks Maccom for saving their small business with their large order, but this small victory lasts barely a day before another news report hits the air about the plastic company’s owner abusing his workers. 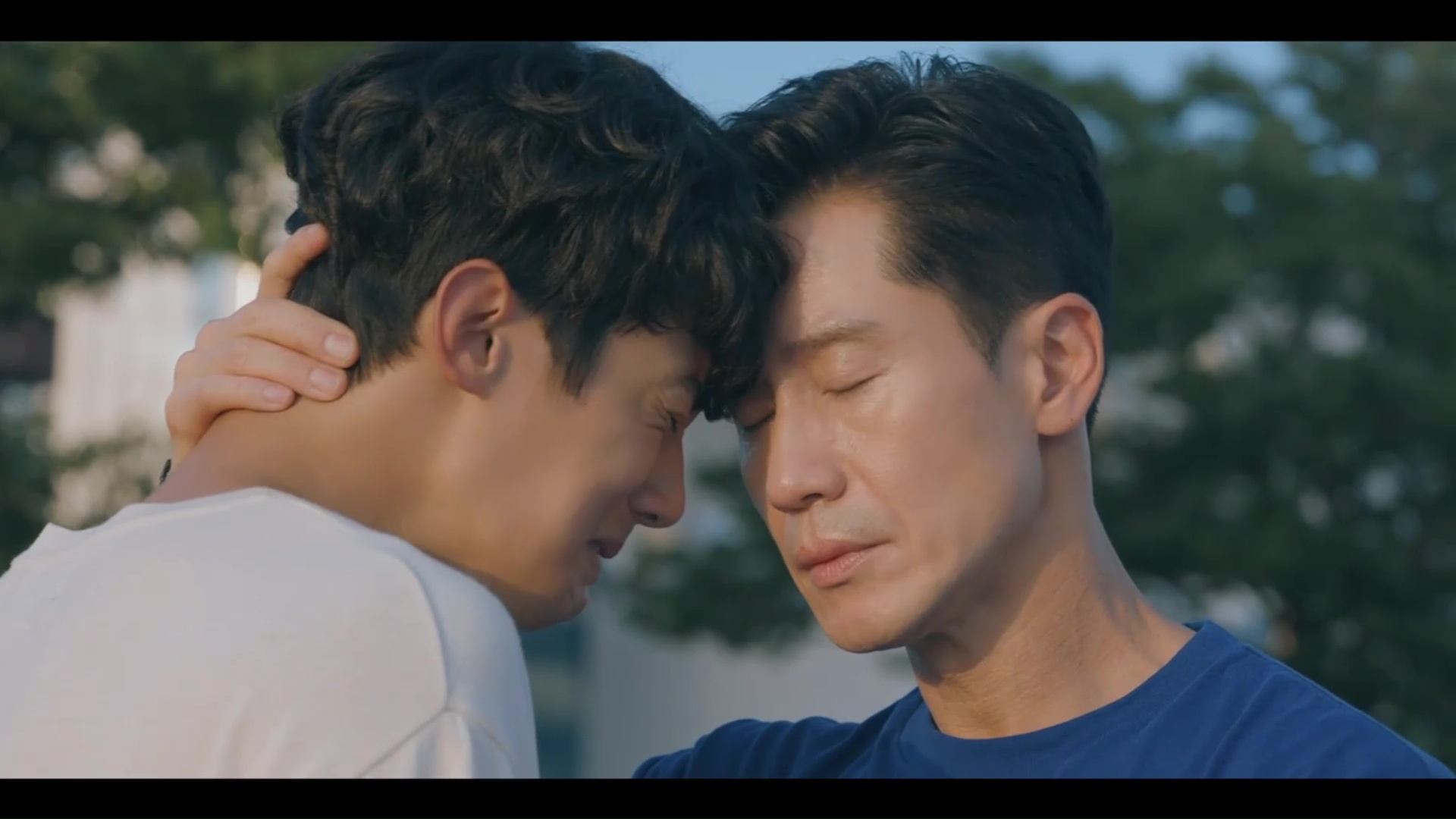 Despite the setback, Carol argues that they need to cover one issue with another, and gets Steve to pose for a social media campaign where they buy free drinks for any delivery person. Alas, Steve merely loses another 8 million won as people take advantage of the offer and mock him online.

Though the others want to cut their losses here, Carol pushes for one more gimmick and convinces Steve to replicate a viral video of a woman comforting another woman after a rear-end collision. After multiple takes — and ruining Steve’s car — they finally capture the perfect moment, only to realize that the camera stopped filming. Eventually, they get something usable, but in a twist of fate, Steve gets into a real accident and hits a passerby. I shouldn’t be laughing, but oh my gosh!

Steve carries the man to the hospital, and just when the world seems to crumble around him, the police arrive and thank him. Apparently, the man was a wanted criminal, and the police believe Steve turned him in on purpose. While this may not have been their original plan, the results are the same, and Maccom soon becomes famous for its courageous CEO. Heh. 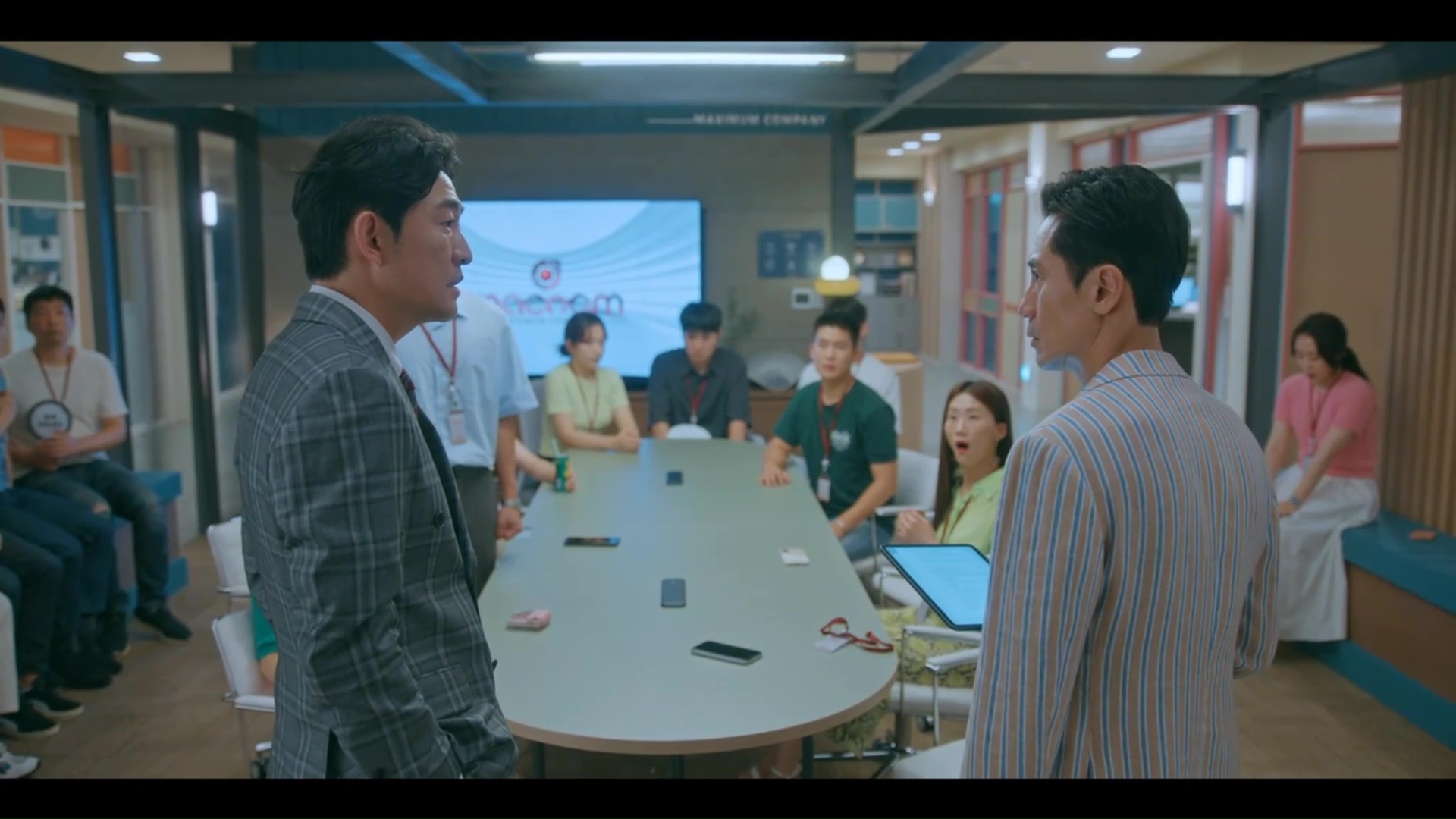 The company’s new fame causes the number of users to soar, but their increased media presence also catches Root’s attention. Currently on the chopping block for invading user privacy, Root needs a gullible startup to agree to a back-door listing with Magenta, and the perfect candidate is Maccom.

Stroking Steve’s ego, Root comes up with a sob story that paints his old partner as the true leader, and the offer to join Magenta entices everyone in the office except Ashley. As the only one aware of the obvious trap, Ashley yells at Steve for living in the past rather than taking responsibility for the present and resigns.

Her parting words strike a chord, but when Root sees Steve falter, he berates him for ruining everything once again at the final stretch. Dropping the pretenses, he admits to tricking them as Ashley proclaimed, but this farcical charade is no longer needed since he plans to buy out the company instead. 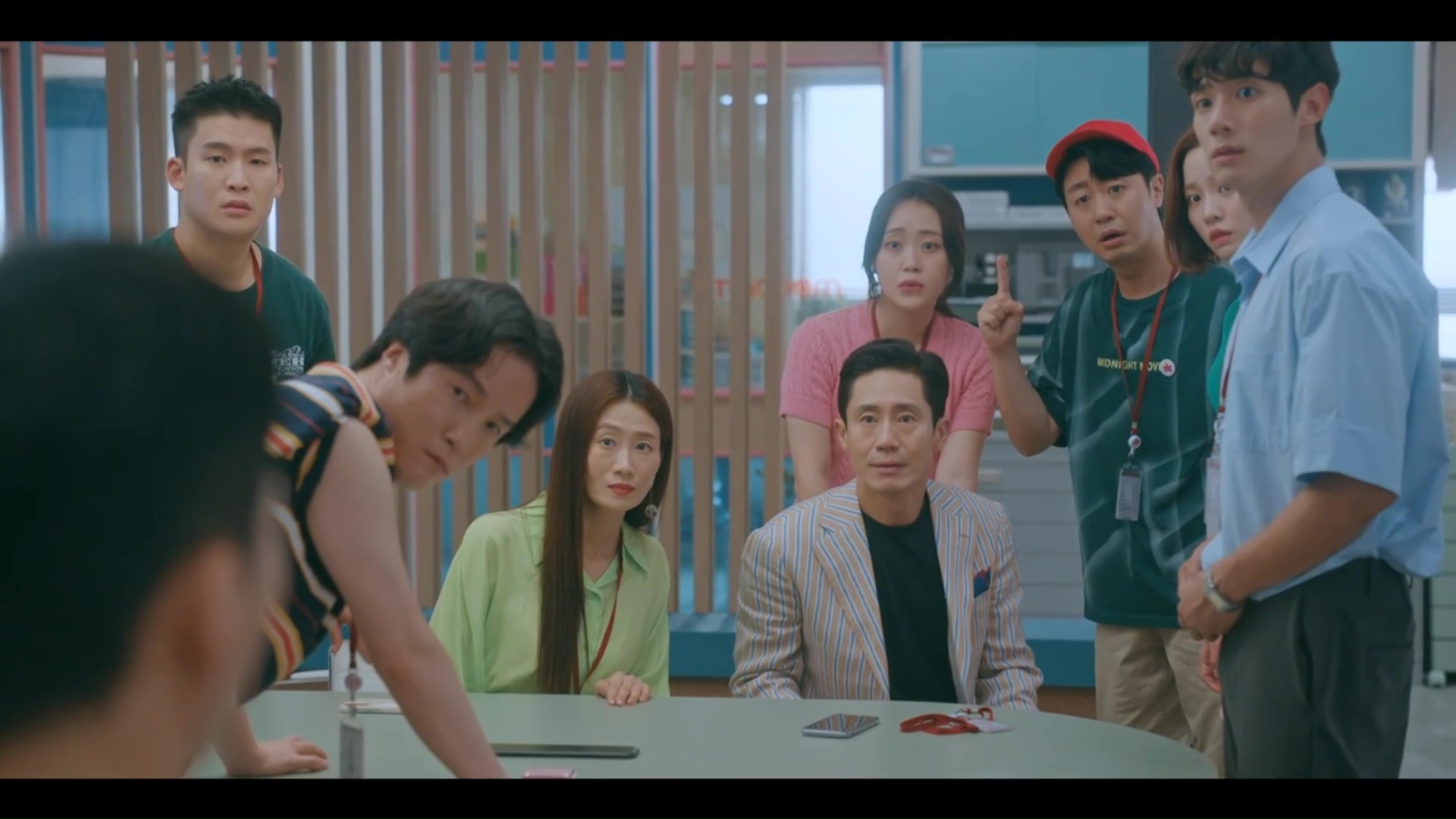 Thus, it becomes a race to buy more of the company’s stock since Steve had to sell a good chunk of his portion. Both sides scramble to find shareholders, and Root manages to secure Steve’s parents to his team while Steve gets his angry ex-wife to sell to him. In the end, both sides obtain 49%, and the remaining shareholder is Steve’s old professor.

Steve finds his professor who has fallen onto hard times because of a gambling addiction, but as they talk, he cannot bring himself to ask because his professor calls Steve is his last hope. Unfortunately, their heartfelt reunion meant nothing since the professor sold his stocks to Root, which means Magenta wins.

As Root gloats during the acquisition meeting, his face suddenly pales when the numbers on the board still read 49%. Both sides realize that they miscalculated and forgot to include stock options into their total. On cue, Ashley walks through the door sporting a new look and introduces herself as a shareholder to the flabbergasted Root. With this final contribution, Steve now owns 50.02% of Maccom, and the crisis is averted! 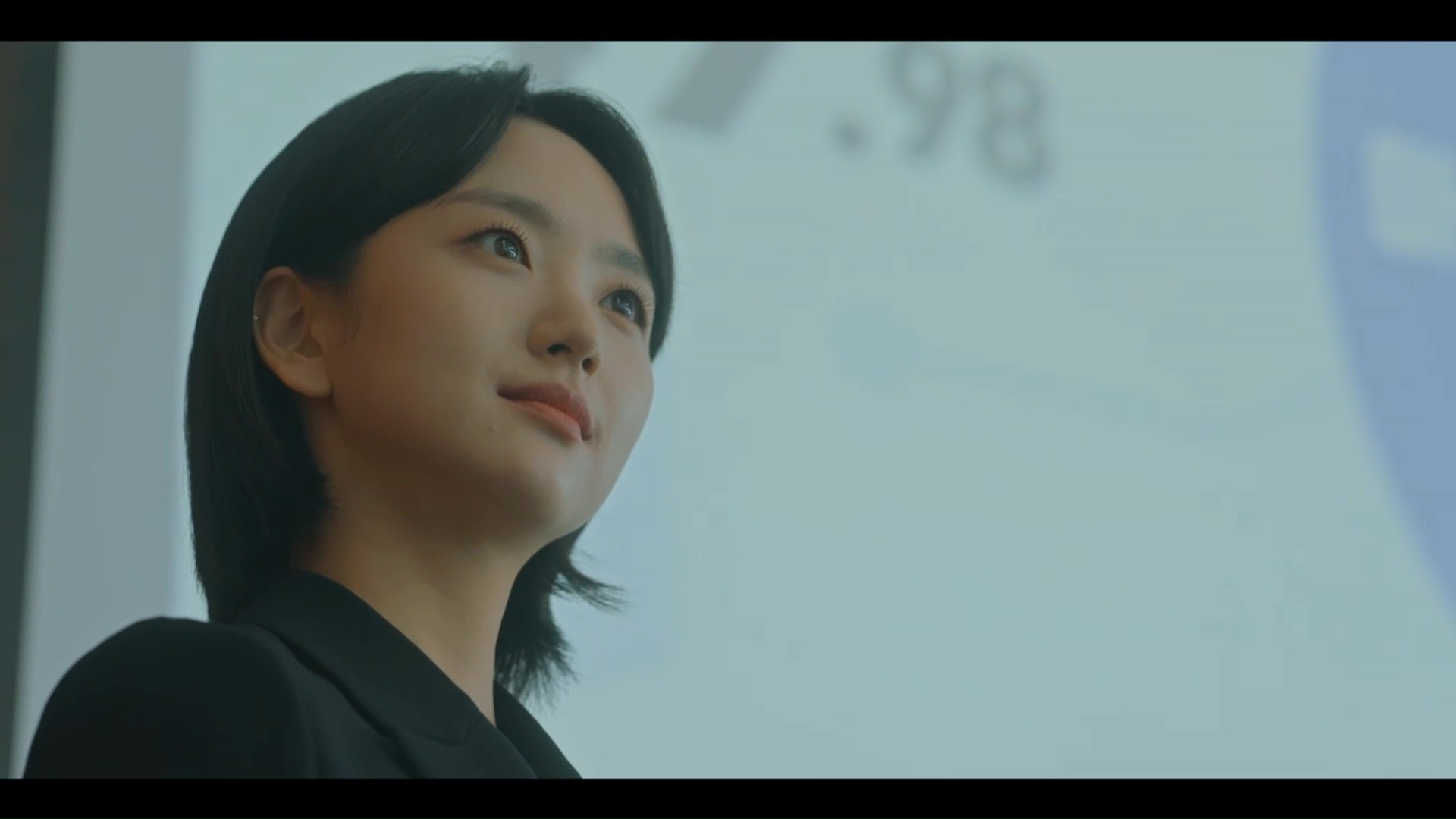 The team heads out to celebrate, but it wouldn’t be Maccom without a last-minute emergency. All their phones buzz with a notification that only older users from Zimbabwe are allowed to register for their app, and everyone scrambles back to the office. The development team is shouting out the forbidden word “Oh!” left and right as they try to fix this problem, but then something strange happens. Their app gets a spike in users, and mirroring the end of Episode 1, Steve stares into the camera with his manic grin. It’s time to pivot!

With that — and a final curse from Ashley — the show leaves us on somewhat of a cliffhanger, but in reality, was there any other way to end this show than with another harebrained idea? From start to finish, Unicorn was a roller coaster ride that sped through one crazy plot to another in the blink of an eye, and while the jokes made me laugh, it was the characters and their surprisingly heartfelt portrayals that made me stay tuned every week. From the supporting cast to the leads, everyone did a splendid job creating this colorful world, and no one was afraid to act silly or be the butt of the joke. The show also made sure to give everyone a bit of the spotlight, and while Steve and Ashley were the clear stars, all of the characters had a memorable moment that made me laugh.

While I tried to capture the essence of the show in these weecaps, Unicorn is just one of those dramas that demand a personal watching experience to fully enjoy it. Nearly every scene has a joke, and sometimes, the funniest bits aren’t necessarily in the punchlines but the reactions from the other characters. In addition, the show builds on itself, and despite its episodic nature, there were quite a few plot points and jokes that carried over from previous weeks. I also loved that the show maintained its quality of humor throughout its run; the creators managed to make everything the workers at Maccom did be over the top and absurd. Though I won’t be clamoring for a second season, I’ll miss having a good chuckle every Friday. 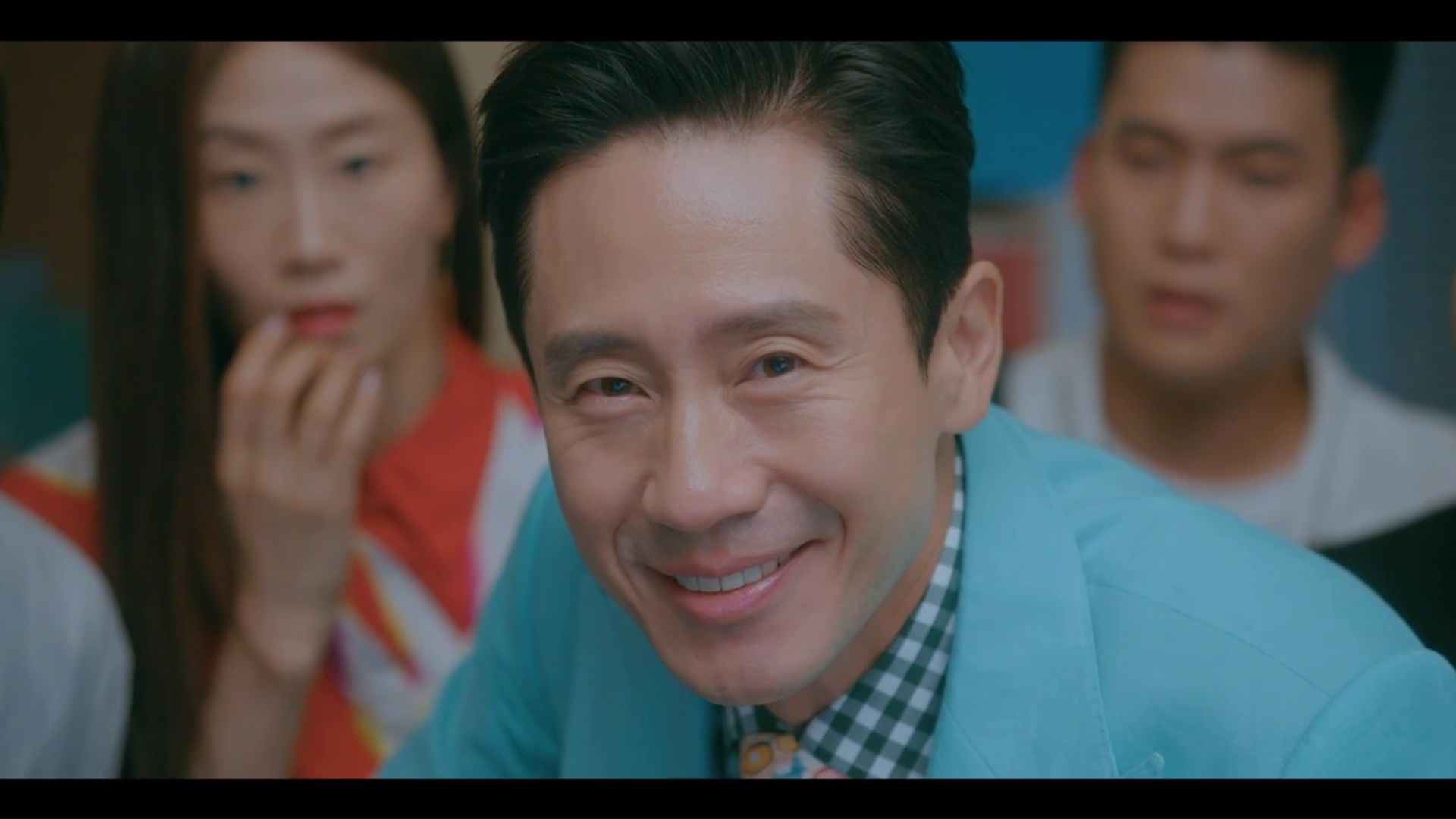 Thanks @lovepark for continuing despite the tumbleweed rolling at times in terms of audience participation. I was so pleased to have a space to read a weecap and reflect with others about the silliness of this sitcom. I liked the ending and the way the situation kept escalating was so typical of the drama so I was pleased it kept all those elements in the final episodes. I agree it was consistent in story telling and the jokes worked well and there is no need for part two.

I just realised the bloke who was mistaken for a member of the IT team in this, is the room mate in Gaus electronics I knew I had seen him somewhere couldn’t work out where.

This will be my next fill-the-slump drama, for sure.

Thank you and I really apprecite @lovepark 's recap for the last episode.

I am surprised that not many people follow and watch this sitcom but I'm glad I did it. For once i can proud of myself for having a pair of good eyes for a good Kdrama LOL

I also work as an employee in an expanding small company and there are many things I can relate to this sitcom including the dramatic part of acquisition. Here in this Kdrama sitcom, the employees are the heroes and thank you Unicorn, for demonstrating the importance of employees and their 1% loyalty.