IT’S OK TO NOT BE OK eps 12: “ROMEO and JULIET”
Every one is happy,happy happy? Buckle up because Shakespeare is here to shake things up.

An age-old vendetta between two powerful families erupts into bloodshed. A group of masked Montagues risk further conflict by gatecrashing a Capulet party. A young lovesick Romeo Montague falls instantly in love with Juliet Capulet, who is due to marry her father’s choice, the County Paris. With the help of Juliet’s nurse, the women arrange for the couple to marry the next day, but Romeo’s attempt to halt a street fight leads to the death of Juliet’s own cousin, Tybalt, for which Romeo is banished. In a desperate attempt to be reunited with Romeo, Juliet follows the Friar’s plot and fakes her own death. The message fails to reach Romeo, and believing Juliet dead, he takes his life in her tomb. Juliet wakes to find Romeo’s corpse beside her and kills herself. The grieving family agree to end their feud.

Themes in Romeo and Juliet with Examples and Analysis
https://literarydevices.net/romeo-and-juliet-themes/

Romeo and Juliet: Analysis by Act and Scene
http://www.shakespeare-online.com/plays/romeoandjuliet/romeohudsonaction.html

The earliest known critic of the play was diarist Samuel Pepys, who wrote in 1662: “it is a play of itself the worst that I ever heard in my life.”Poet John Dryden wrote 10 years later in praise of the play and its comic character Mercutio: “Shakespear show’d the best of his skill in his Mercutio, and he said himself, that he was forc’d to kill him in the third Act, to prevent being killed by him.” Criticism of the play in the 18th century was less sparse but no less divided. Publisher Nicholas Rowe was the first critic to ponder the theme of the play, which he saw as the just punishment of the two feuding families. In mid-century, writer Charles Gildon and philosopher Lord Kames argued that the play was a failure in that it did not follow the classical rules of drama: the tragedy must occur because of some character flaw, not an accident of fate. Writer and critic Samuel Johnson, however, considered it one of Shakespeare’s “most pleasing” plays.

In the later part of the 18th and through the 19th century, criticism centred on debates over the moral message of the play. Actor and playwright David Garrick’s 1748 adaptation excluded Rosaline: Romeo abandoning her for Juliet was seen as fickle and reckless. Critics such as Charles Dibdin argued that Rosaline had been purposely included in the play to show how reckless the hero was and that this was the reason for his tragic end. Others argued that Friar Laurence might be Shakespeare’s spokesman in his warnings against undue haste. With the advent of the 20th century, these moral arguments were disputed by critics such as Richard Green Moulton: he argued that accident, and not some character flaw, led to the lovers’ deaths.

In Romeo and Juliet, Shakespeare employs several dramatic techniques that have garnered praise from critics; most notably the abrupt shifts from comedy to tragedy (an example is the punning exchange between Benvolio and Mercutio just before Tybalt arrives). Before Mercutio’s death in Act three, the play is largely a comedy.After his accidental demise, the play suddenly becomes serious and takes on a tragic tone. When Romeo is banished, rather than executed, and Friar Laurence offers Juliet a plan to reunite her with Romeo, the audience can still hope that all will end well. They are in a “breathless state of suspense” by the opening of the last scene in the tomb: If Romeo is delayed long enough for the Friar to arrive, he and Juliet may yet be saved. These shifts from hope to despair, reprieve, and new hope serve to emphasise the tragedy when the final hope fails and both the lovers die at the end.

Shakespeare also uses sub-plots to offer a clearer view of the actions of the main characters. For example, when the play begins, Romeo is in love with Rosaline, who has refused all of his advances. Romeo’s infatuation with her stands in obvious contrast to his later love for Juliet. This provides a comparison through which the audience can see the seriousness of Romeo and Juliet’s love and marriage. Paris’ love for Juliet also sets up a contrast between Juliet’s feelings for him and her feelings for Romeo. The formal language she uses around Paris, as well as the way she talks about him to her Nurse, show that her feelings clearly lie with Romeo. Beyond this, the sub-plot of the Montague–Capulet feud overarches the whole play, providing an atmosphere of hate that is the main contributor to the play’s tragic end.

Shakespeare uses a variety of poetic forms throughout the play. He begins with a 14-line prologue in the form of a Shakespearean sonnet, spoken by a Chorus. Most of Romeo and Juliet is, however, written in blank verse, and much of it in strict iambic pentameter, with less rhythmic variation than in most of Shakespeare’s later plays.In choosing forms, Shakespeare matches the poetry to the character who uses it. Friar Laurence, for example, uses sermon and sententiae forms and the Nurse uses a unique blank verse form that closely matches colloquial speech. Each of these forms is also moulded and matched to the emotion of the scene the character occupies. For example, when Romeo talks about Rosaline earlier in the play, he attempts to use the Petrarchan sonnet form. Petrarchan sonnets were often used by men to exaggerate the beauty of women who were impossible for them to attain, as in Romeo’s situation with Rosaline. This sonnet form is used by Lady Capulet to describe Count Paris to Juliet as a handsome man.[76] When Romeo and Juliet meet, the poetic form changes from the Petrarchan (which was becoming archaic in Shakespeare’s day) to a then more contemporary sonnet form, using “pilgrims” and “saints” as metaphors.
Finally, when the two meet on the balcony, Romeo attempts to use the sonnet form to pledge his love, but Juliet breaks it by saying “Dost thou love me?” By doing this, she searches for true expression, rather than a poetic exaggeration of their love. Juliet uses monosyllabic words with Romeo but uses formal language with Paris.[80] Other forms in the play include an epithalamium by Juliet, a rhapsody in Mercutio’s Queen Mab speech, and an elegy by Paris.[81] Shakespeare saves his prose style most often for the common people in the play, though at times he uses it for other characters, such as Mercutio.[82] Humour, also, is important: scholar Molly Mahood identifies at least 175 puns and wordplays in the text.[83] Many of these jokes are sexual in nature, especially those involving Mercutio and the Nurse.

Early psychoanalytic critics saw the problem of Romeo and Juliet in terms of Romeo’s impulsiveness, deriving from “ill-controlled, partially disguised aggression”,which leads both to Mercutio’s death and to the double suicide.
Romeo and Juliet is not considered to be exceedingly psychologically complex, and sympathetic psychoanalytic readings of the play make the tragic male experience equivalent with sicknesses. Norman Holland, writing in 1966, considers Romeo’s dream as a realistic “wish fulfilling fantasy both in terms of Romeo’s adult world and his hypothetical childhood at stages oral, phallic and oedipal” – while acknowledging that a dramatic character is not a human being with mental processes separate from those of the author. Critics such as Julia Kristeva focus on the hatred between the families, arguing that this hatred is the cause of Romeo and Juliet’s passion for each other. That hatred manifests itself directly in the lovers’ language: Juliet, for example, speaks of “my only love sprung from my only hate” and often expresses her passion through an anticipation of Romeo’s death. This leads on to speculation as to the playwright’s psychology, in particular to a consideration of Shakespeare’s grief for the death of his son, Hamnet. 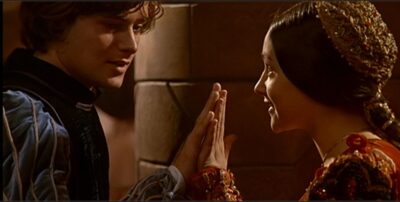 I knew it! Show will rip our heart out string by string tomorrow. 😢

I’m glad that it’s not the final story.

I hope the tragedy will be executed well. The last line of the preview is very ominous.

🤣
I just started ep 11, and was just thinking, “This is a drama. It’s too early for happiness.”

As always, thanks for sharing.