Excited to watch Record of Youth

How Does Romance Is A Bonus Book Compare To Younger?
https://www.forbes.com/sites/joanmacdonald/2019/01/27/how-does-romance-is-a-bonus-book-compare-to-younger/#16b7c3511093 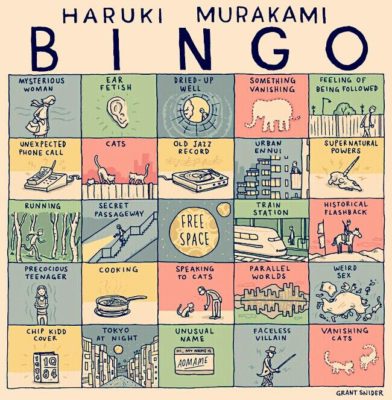 Encounter episode 7. I think some of my earlier concerns about ex husband Woo-seok have been confirmed. He still continues to overstep boundaries by confronting Jin-hyuk in a threatening manner and the flashbacks showed him in a bad light. The way he ended his marriage was cold blooded and then they showed him breaking up with his current girlfriend in a similar way. Both women deserve better, he’s a snake and I want him as far from Soo-hyun as possible.

Well that’s disappointing. I really hoped they wouldn’t turn him into the typical jealous ex…

Strange, I had the opposite idea yesterday. I thought he asked for the divorce in front of his mom to make sure she would not blame SH in any way and while doing it he looked very sad and tired. Later the way he talked to the girlfriend was also not cold, and she probably isn’t even a girlfriend, it’s almost certain all they had was a deal.

I don’t believe a young virile man would have a 4 year completely fake relationship. In their date shown in an earlier episode she seemed to have expectations their relationship that didn’t make it seem like a pretend relationship.

Currently watching and enjoying Encounter. It’s so fascinating to read comments. Really proves we bring our own history to what we watch. Sometimes it’s like we watched a completely different show.

Mr. Sunshine episode 23:
I wasn’t expecting Hina to die. Even when she said her initial plan was for the Japanese to find her body and hold her responsible I still assumed that plan had changed.

When Aeshin helped her run out of the hotel I expected her to survive. Dongmae found her first and carried her to safety. That increased my expectation that she would live.

Dongmae is such a fool. Hontaru loves him and Hina loved him but he’s obsessed with Aeshin. I’m not completely surprised by Hina’s confession because it was clear they had a flirtatious chemistry and friendship. Many times they ran to help each other and were protective.

I really love Dongmae and I’m sad that he’s planning to die in 10 days or less. Hotaru is gone, he also sent his gang away. Hina died in his arms. He knows that Aeshin and Eugene have been reunited. He must feel he has nothing to live for but first he will go out in a blaze of violence as he takes back his territory. Then he will wait for Musin Society to come from Japan and kill him.

Precious Heesung seems like he will have a semi happy ending. He will marry his friend and use his family money to protect her family.

Sorry, but do you love threaded posts or would you like to know how to make longer posts on DB? Just write it on your PC/phone’s Notes and copy/right-click paste on DB to post. 🙂

Oh dear, he certainly is the definition of ‘smoldering’ isn’t he?

Yoo Yeon-seok isn’t my type at all but when he is in character he is so charismatic and hot.