Lookout races to the front of the pack with second teaser 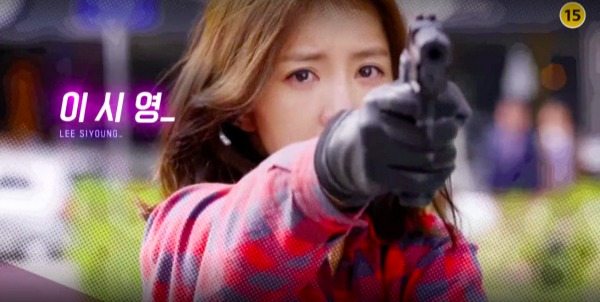 Oh my goodness, Lookout has way more action than I thought it would. While the first teaser was a bit melancholy, this second teaser is all about speed. Lookout is an action-thriller that follows the life of “Lookouts” in contemporary South Korea. The story is about a group of ordinary people who lost loved ones due to violent crimes. The police cannot solve their loved one’s cases, so they band together to realize their own form of justice.

The story revolves around Lee Shi-young (My Beautiful Bride), who plays Jo Su-ji, an ex-detective who is an expert shooter; her goal is to catch the criminal who killed her daughter. In this trailer Lee Shi-young is at the center of all the action as she zooms past cars on a motorcycle, jumps out of a window, and perilously hangs from a moving car. The music is hot and the sequences are quickly edited to match.

Making quick appearances are Kim Young-kwang (The Man Living in Our House) as an ambitious prosecutor, Kim Tae-hoon (Fantastic) as a righteous prosecutor, Kim Seul-gi (Second to Last Love) as an extreme recluse, and Shinee’s Key (Drinking Solo) as a genius hacker.

From the trailer this drama looks like a gripping female-led action thriller with a fleshed out supporting cast. The fast action sequences give me flashes of Healer and even the Jason Bourne series, which is never a bad thing. In addition, I am very interested in the kind of fighting sequences Lee Shi-young will perform in this drama because she won several awards as an amateur boxer and even made it onto the Korean National Olympic boxing team. She is the real deal.

Lookout is directed by PD Sohn Hyung-seok (Two Weeks, Shine or Go Crazy) and is the debut project of writer Kim Soo-eun, who won MBC’s open scriptwriting competition last year. It will broadcast on May 22 following Rebel: Thief Who Stole the People. 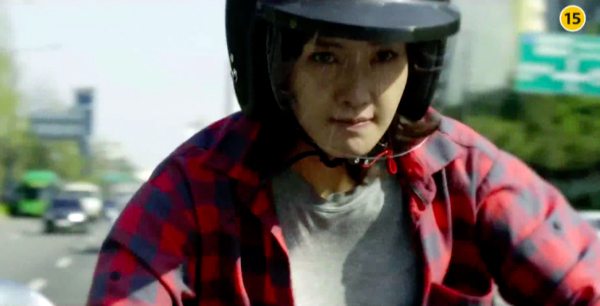 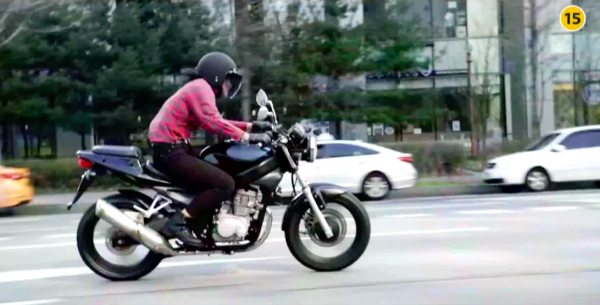 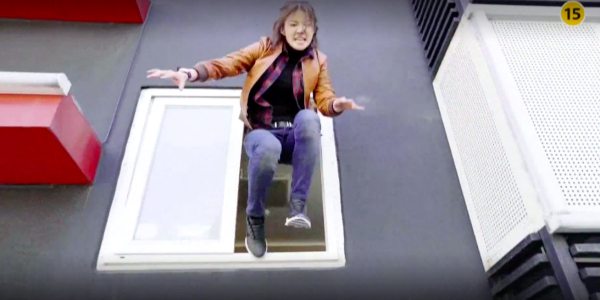 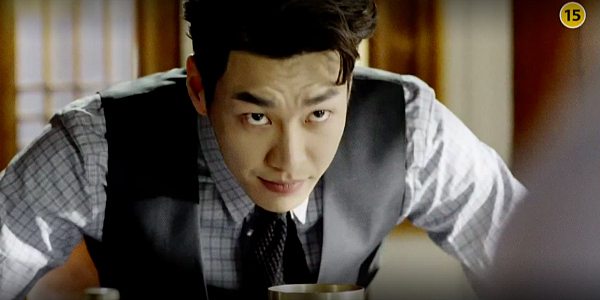 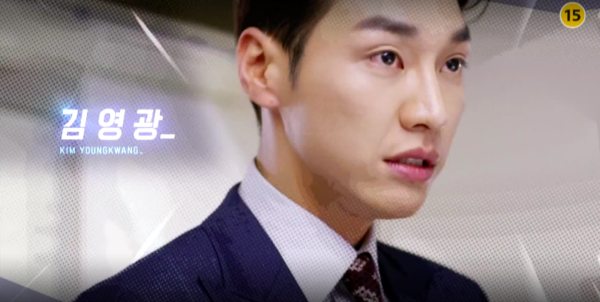 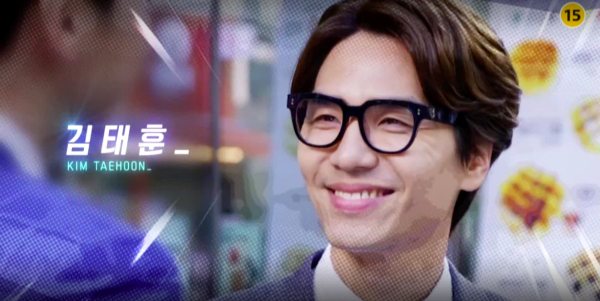 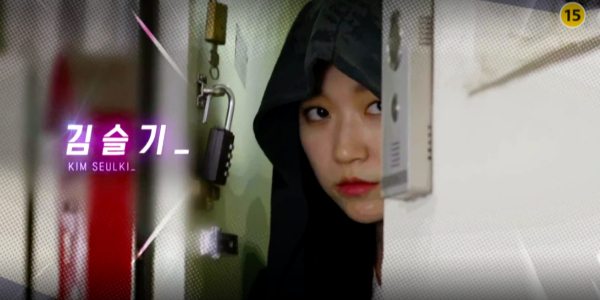 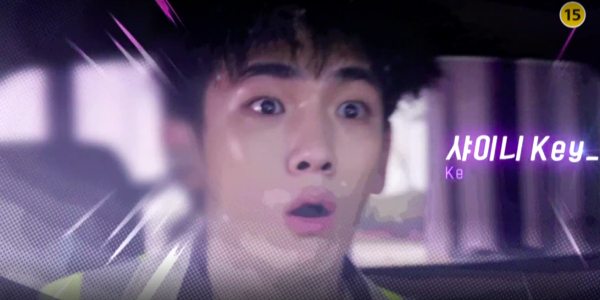 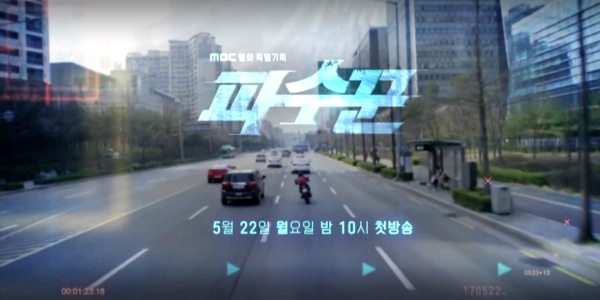 Looks fun! I like that it's female-led, especially with all the action. Will look out for this one. Plus I loooove Kim Seul-gi and Key. :D

At first Kim Seul-gi was the only real draw for this drama. But, my interest has piqued higher with this new trailer. This show is starting to look really interesting.

Same. This drama registered on my radar just because of Kim Seul gi and Key oppa but the more I see of it the more intrigued I am.

Now I only have one question that will seal the deal for me - will Key oppa be speaking in satoori here as well?

Yes please!! His accent is so cute!!!

This looks really good. I thought 2 Weeks was excellent. I actually had to stop watching it for a little while because the tension was so intense, which is a good thing. Hopefully this can bring the tension and action like 2 Weeks did.

It's rare for to see an actual action-adventure story in dramaland, especially a female lead one. This just bumped up my interest. I think I may just have to watch this now.

I want KYK to prove us wrong so I can fully commit to watching Lookout, because everything else looks great.

Female action drama? Oh, yeah! Count me in :) I love Lee Shi-young back from Boys Before Flowers, when her secondary role was played better than Ku Hye-Seon.
Lately the dramas are heading towards a great trend of strong women, who can take care of themselves~~~

So can we expect Jo Su-ji, who is an expert marksman, to also have taken place in he wonderful Olympic sport of pistols?

I love LSY, I'm gonna give it a go

I'm going to give this a try mainly for Kim Seulgi, but the trailer actually looks exciting.

Yesss, amazing. Lee Shi Young still among Korea's few female action stars. Ha Ji Won and Kim So yeon used to be there too but they haven't been doing much lately. D': Where are ya ladies? Let's continue to kick butt OK???

Anyway, looking forward to this. That kick she gave that guy in this trailer gave me life, lol.

Wow this is going to be good! I'm definitely in!

Key is on a roll. Hopefully he'll do as well here as he did in DS

I'm in. I really like Lee ShiYoung (even from Wild Romance) and the rest of the cast is rocking my socks.
The teasers and posters are awesome too, so my expectations are high. *Crosses fingers*

Wow, this is one exciting trailer! I can't wait!!

Am so watching this! Hope the script will be as solid too. The writer "who won MBC’s open scriptwriting competition last year" sounds full of potential, somewhat similar to writer of my belovedest Radiant Office.
Was thinking can't wait for 22 May, suddenly felt déjà vu and realised have thought the same thing when reading news for Fight My Way ^^
Come soon, 22 May!

this looks exciting. I will give it a try.

The second teaser is much better, with lots of action.

Kim Tae-hoon with his fine self. Lee Si-young is girl crush so much, I love her.

I'm in for the actresses <3 I have high expectations so I hope it won't turn bad !

Il catch this drama for the ladies. Lee Shi Young n Kim Seul Gi. Such a busy May indeed

I like everyone in the cast, but this kind of drama's make or break factor is usually the script.

The action in Two Weeks was all kinds of gripping - I really enjoyed it - and I love a good female action hero story, so I'm definitely going to watch this. High hopes!

Wow! I agree, awesome trailer and music to go with it! Bad-ass female lead? I'm in! Plus I'm suddenly very interested in Kim Young Kwang - I had to do a double take, he def looks and feels different. I think villain suits him well. Let's hope the drama will be good!

Jumping in to hype up the action female lead. If the story focuses more on her than KYK I think it will probably live up to people's expectations. MAN kdramas are killing it this year with their strong female leads :)

Two weeks is one of my favorite dramas ever and i hope the director won't disappoint me in this one, too.
Waiting for it impatiently.