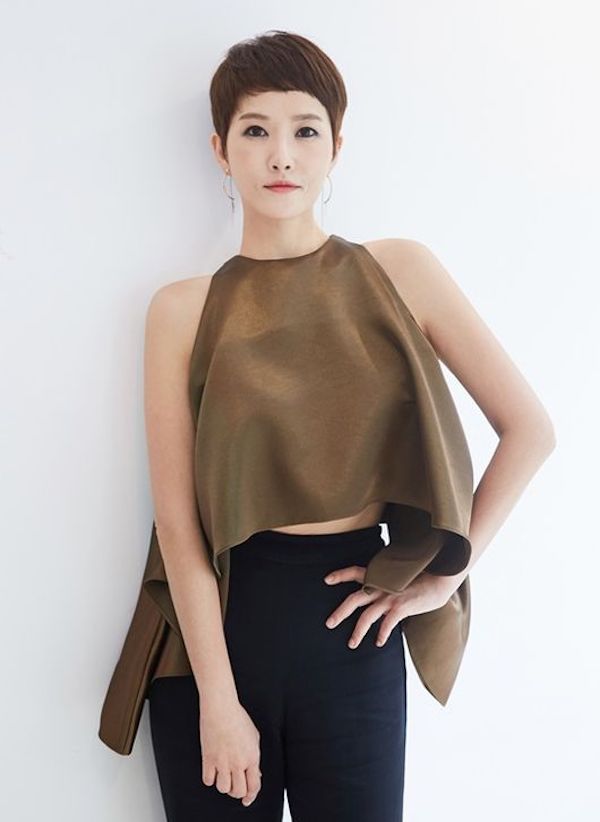 This pairing is definitely one I could get behind: actress Kim Sun-ah (Woman of Dignity) has recently been offered the lead female role opposite Kam Woo-sung (My Spring Days) in Should We Kiss First. The way that this drama has been described seems very slice-of-life: At its center is a slow-building, realistic romance that starts out of necessity and comfort rather than passion.

Kim Sun-ah is up to play a flight attendant who has given up on love after losing her daughter. She’s a weary ajumma who has been hit with the waves of reality too many times to dream of a fairytale ending. Similarly, Kam Woo-sung is up for the role of a lonely ajusshi who is constantly being edged out by his colleagues for his age. I can’t wait to see these two broken souls meet and begin healing together.

I’m really hoping both actors confirm because I know they’ve got the acting chops to pull off intensely complex characters. And these characters definitely seem like a doozy, with all of their scars and insecurities. And it’ll be interesting to see how the drama addresses ageism through them, as a prominent social issue in Korean society.

Writer Bae Yoo-mi of I Have a Lover fame is penning the script, which gives me mixed feelings. Half of the time during that show, I felt like pulling out my hair because while the actors had sizzling chemistry, it felt like the characters were so wrong and unhealthy for each other. But I can’t say it wasn’t addictive, because it did have a very cracktastic element to the love story. I’ve also liked a lot of her previous works like Country Princess and Twinkle Twinkle, so hopefully this drama will be more focused on healthy relationships.

SBS Monday-Tuesday drama Should We Kiss First is scheduled to air after Doubtful Victory, which begins later this month, so we may potentially be seeing a Kim Sun-ah/Kam Woo-sung romance by early next year.

OMG. She's amazing.
She unleashed an inner fangirl I did not even know I had because she rocks ☺☺☺☺

Please say yes! Her last character was super weird, I think this would be a refreshing choice.

Just came to say....she looks like Song Joong Ki up there!!

Holy shit!!! She does

OMG. she looks so pretty .loved her in woman of dignity. I really want her to accept this offer.

Hope both confirm! Kim Sun-ah was soooo good in Woman Of Dignity (not that she wasn't before) but so underappreciated for WOD. Kam Woo-sung is very picky (he even turned down Saimdang which was a good decision), so hopefully he will find a good drama to do one of these days.

About I Have A Lover - I agree that both OTP were actually unhealthy for each other. But since it is the plot - about two people who did wrong in one point of life which jeopardized their relationship, and want to correct their mistakes. It's about healing each other's wound as well. It's too complicated with some revenge part, so if this writer can tone down a little bit for this drama, we could get something good. I think what's great about I Have A Lover was because Kim Hyun-joo's both character were the key to the plot, and she was stellar in both - so no wonder despite of low rating, she won awards and also nominated for many awards. Her character seem to be a dream for many actresses imo, because if based on standard kdrama plot Do Hae-kang might be a villain, and her twin might be a protagonist. Even Ji Jin-hee said his character is a role that many actors want to do.

I actually quite enjoyed I Have A Lover, too, even if it's not normally the type of drama I watch. It was a crack-tastic drama. I think it was largely because of the leads, especially Kim Hyun Joo. Speaking of Kim Hyun Joo, I miss seeing her on my screen. I hope she doesn't take too long to come back.

I hope Kim Hyun-joo will be back with a drama next year. I have a feeling she is going to do another weekend drama, which isn't a problem for me as long as it is good.

KSA and KKW is indeed a dream pairing, and it is becoming a most anticipated drama if this line up is confirmed.

I Have A Lover is that kind of rare drama that you like but hate at the same time. I watched 2/5 and then stopped before resuming it in the final stretch but Kim Hyun-joo is phenomenal in playing 3 different roles so convincingly. To my surprise, I like her first part the best as the single purpose career pursuit woman. I was hoping she can be paired up with KKW for this new drama. But it is also a yes please for KSA. Must find time to watch Women of Dignity after hearing so many good comments about it here and from friends.

If I Have A Lover had a high rating that year, I think Kim Hyun-joo would've won Daesang. She was phenomenal.

If both KSA and KWS comfirm (together with Park Shi-yeon) , this is going to be one of my most anticipated drama next year.

Did you just say Park Si Yeon? If so then, yes please!!

Thanks for the update, @tineybeanie!

I loved Kim Sun-ah in MY NAME IS KIM SAM SOON and CITY HALL. I really hope she accepts. It will be a treat to see her doing a slow burn with Kam Woo-sung.

My Name is Kim Sam Soon is the first Korean drama that I watched & 'approved' by my mum because before that she always nagging me for watching too much Chinese drama. For her Korean,Chinese or Japanese is Chinese. 😂😂😂
But we watching together MNiKSS till the end. Nowadays she nagging me for Korea...Korea... Korea.

I like your Mom's ecumenical definition of Chinese drama. ;-)

I started out as a dedicated sageuk watcher. IIRC, DB articles and Beanie comments prompted me to check out MNIKSS, and I'm glad I did. ;-)

O god yessss
I loved her in MNIKSS and then in City Hall. These two dramas are the reason I love this woman sooo much. I hope to see her again and tbh, I miss her seeing with long hair:( *.*

Scent of a Woman is good too, she pairs up with Lee Dong Wook .

I love Bae Yoo-Mi's drama: Scandal: A Shocking and wrongful incident; I Have a Lover; Country Princess; December Fever. I hope Kim Sun-Ah accepts the role.

Just love her after watching My Lovely Samsoon.
Hope that she accepts this role.

Noooo I want to see her in a romcom.

Love KSA in anything she does

I hope she does accept an offer. She's a versatile and fabulous actress. Loved her in every movie and drama. She was great in the movie The Five. Also MNKSS and City Hall are my favourite dramas.