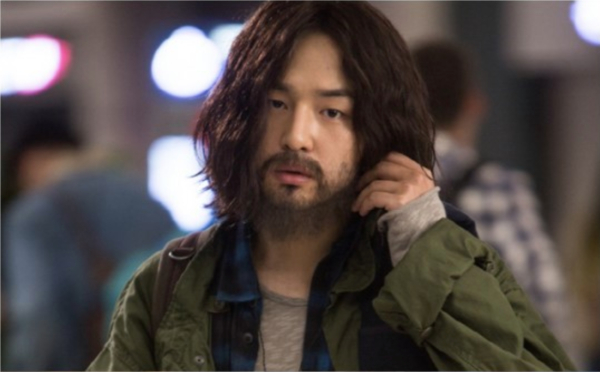 I swear it took me at least five seconds to recognize Yang Se-jong (Temperature of Love) in these stills, because he is heavily channeling his inner hobo with the overgrown hair and sageuk-worthy beard. His drastic transformation is definitely something to look forward to in the upcoming SBS show Thirty But Seventeen. Shin Hye-sun (My Golden Life) joins him in the rom-com that looks like it will have an emphasis on the comedy.

Thirty But Seventeen will feature our two leads who find themselves in the same predicament under different circumstances: Shin Hye-sun’s character fell into a coma at seventeen, and wakes up thirteen years later in a thirty year-old body. The male lead, played by Yang Se-jong, on the other hand, experiences a traumatic event when he’s seventeen and decides to become a hermit. I don’t know about you, but I can’t wait for the fish-out-of water shenanigans that are in store for both of them. Thirteen years is a lot of time to be disconnected with the world.

I’m also encouraged by the creative team behind the new SBS rom-com, who both have some solid credits to their names. PD Jo Soo-won, known for his work on I Can Hear Your Voice and Pinocchio, will be directing, while writer Jo Sung-hee, of High School King of Savvy and She Was Pretty, is in charge of the script. I’m a little less enamored of the She Was Pretty credit on the writer’s resume, but I’m getting strong Kim Shin-hyuk — aka Choi Siwon’s character — vibes from Yang Se-jong in the teaser and stills, which is a good thing in my book.

The teaser shows the two leads aimlessly walking amongst the crowded streets of the city. She’s carrying a violin case as she wanders, and he’s sporting a fur coat while holding onto a small dog. They pass by each other, but Shin Hye-sun’s trinket in the shape of a bunny on a crescent moon lets out a tinkle, which makes them both pause and turn around to face each other.

It’s a cute premise and the feel of the show reminds me of the currently airing What’s Wrong With Secretary Kim, which I’m enjoying at the moment. Thankfully, we won’t have to wait too long for Thirty But Seventeen, which will premiere on July 23 in the Monday-Tuesday slot following Greasy Melo. 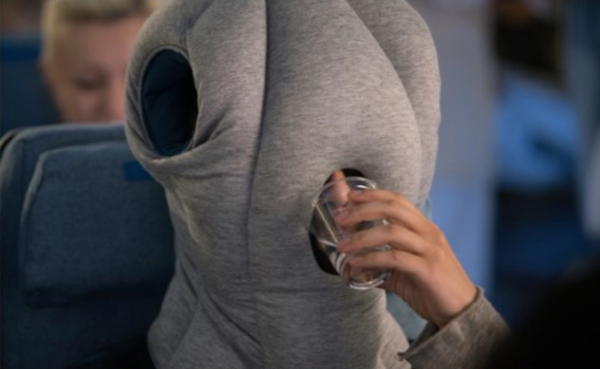 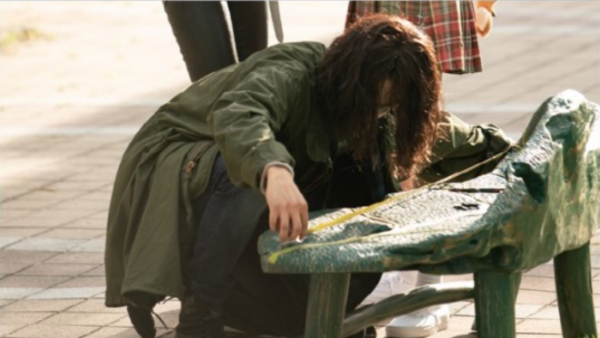 I had no idea this was on the cards! Looks fun!!

Yang Se-jong channeling Siwon’s vibe in SWP? I am ready squee like how I wanted but didn’t get to for Revolutionary Love.

Also next time I don’t feel like dressing up for work, I will just tell my coworkers that I am just respecting my inner hoboism.

Do you think that'll work on campus too?? I'm tempted to try

Does anyone in college really care what you wear to class anyway?

I should think not but surprisingly, people apparently do. Not those in college but outside.

Recently, someone wrote to our local newspaper about how he/she could not stand the way our university students dressed to class. This writer recommended a dress code and stern action for not adhering. While I wasn't surprised with the number of replies disagreeing with this writer, I was surprised that not a few agreed.

I went an entire day in a ratty sweatshirt and a Stitch hat on my head.. and three people came up and complimented me. XD

@bammsie
I don't know if I would compliment or criticize our college students for their sense of fashion but I will surely not tell them what to wear. Neither does it work. I couldn't even get a 2 year old to wear something he doesn't like, much less a 20 year old.

If we need to tell our young people what to wear, I fear for our society. I have no intention of taking care of them.

As a lecturer, I really don't care what you wear, as long as you smell reasonably okay and cover yourself adequately. And as a note on that second thing...I have no problem with clothes that are tight or revealing on a moral level, it's just that if you are worried about what your body looks like in your clothes, you probably aren't paying attention to me. And I REALLY want to be the center of attention at all times. :)

I can imagine your problem. Just today, my son told me that his tutor resorted to bringing a bell to school so that she can ring it whenever she needs the class' attention. According to him, half of them are asleep at any one time. The other half is keeping themselves awake by looking at their phones. I think she needs an air horn.

Air horns don't get enough appreciation in the classroom. :)

I'm looking forward to this one. It seems it's exploring some of the same territory of She Was Pretty about how people look from the outside vs how they really are? Which I really liked in that drama

An interesting premise. Will definitely check it out.

Also I love Shin Hye-sun since Forest of Secrets. <3

Hmm ... the credits from this writer highlight a trend of icky OTP romances. I do hope third time is the charm and there will be a palatable development. The premise does sound quite interesting with both leads struggling to adjust to the present times, while the female lead's dilemma is forced upon her due to the coma, the male lead's dilemma is one he forced upon himself.

I haven't seen both the leads but I've heard good things so far about them. So I'm looking forward to watch them and hopefully the good impressions will come naturally.

What did they do to Yang Se Jong?! Is there any chance they can cut his hair and shave his beard by the first episode? Like @tipsymocha, I can't wait for the fish-out-of water shenanigans.

My Instant Reaction: She has amnesia since her coma, so she doesn't remember what happened back then. He became a hobo because he blames himself for causing it. They don't recognize each other at first, but around ep. 10, after they fall in love, they figure it out, and someone plays the noble idiot.

I hope the characters are compelling, because then it won't matter so much if I turn out to be right.

Oh yeah, I actually read it somewhere that he thinks he caused the accident 😏

I don't actually mind it if that the reason why they meet (her wanting to find out who caused her accident maybe?). I thought they did it well in JBL for example.

If they now bump into eachother because it's FATED, I'm less interested

I have a feeling that the accident that put Shin Hye Sun in a coma and the traumatic situation that led Yang Se Jong to live that kind of life is connected, I hope not, but my mind keeps telling me "This is a K-Drama after all..."
But ye, I'd watch it anyways because I love Yang Se Jong!

Ooo, this looks good. I'm glad I'll have something to watch when Wok of Love is over.

Looking forward to seeing Yang Se-jong again The fact that it may be in a comedic role this time is even better.

Just a side note, but aren't all these Kdrama comas totally unrealistic? Don't people's muscles atrophy very quickly? It's not like you could wake up after 13 years like waking up from sleep, and just go out and resume your lapsed life....

Well k-dramas or any dramas are never accurate medically... Especially for the sake of the plot... 😅😅

I hope she will visit Dr. Ye for sling therapy rehabilitation (best in the country I hear) to help her recover her strength.

I'm still a little squicked out by her being essentially 17. I know he is probably pretty close to mentally 17, too , but being a hermit isn't quite the same as being in a coma.

I am so excited for this drama! I hope someone recaps this!
By the way, I have seen some BTS fancams and he does eventually shave, so no worries everyone. It will be available on Viki, but if you live in the US and want to watch it please request it here because it’s not available at the moment- https://vikiinc.wufoo.com/forms/title-request-form/

Thanks for the link.

Thanks for the update, tipsymocha!

After his tragic sageuk turn in SAIMDANG, LIGHT'S DIARY, and quadruple role in the thriller DUEL as a pair of clones, their donor, and one clone impersonating the other (a stunning performance!), I'm all for Yang Se-jong's venturing into rom-com territory. He did a great job as tsundere surgeon Do In-bum in ROMANTIC DOCTOR, TEACHER KIM, so I can imagine how he'll thaw out as a traumatized hermit. After melodrama overload derailed the cute and sizzling romantic bits of TEMPERATURE OF LOVE, I just hope that THIRTY BUT SEVENTEEN avoids excessive angst. I would like our hero to have some unalloyed fun and games for a change.

I'm looking forward to Shin Hye-sun, too. FIVE CHILDREN was one of my first weekend family dramas, and it sold me on the genre.

I've only seen her as the hapless second lead in LOBSTER (Legend of the Blue Sea). She was good.
I'd like to watch this if I can. I'm all in for the -com. I don't really need much rom-.

Shin Hye-sun had a cute romance with Sung Hoon in FIVE CHILDREN, which was a charming show. (Aside from some screechy, pretentious ahjummas.)

I laughed my butt off when she realized that the housekeeper she had been treating so dreadfully was the mother of her romantic target in LEGEND OF THE BLUE SEA. ;-)

If this gets into the kind of fun and games that WHAT'S WRONG WITH SECRETARY KIM, UNDATEABLES, and ARE YOU HUMAN TOO are dishing out, I'll be a happy camper. ;-)

I think he looks like Yoo Ah In in Sado 😁

Spot on for Yoo Ah In Sado

No, thank you. Her having the mentality of a 17-year-old teenager still creeps me out. Nothing "cute" about that at all. Is this going to be the next Goblin situation?

Another pairing that I love.

Now I'm here for this pairing and this drama !!!!

He was the best thing in Light's Diary. (And I watched the whole show to catch glimpses of him. Does that mean I'm shallow? If it does, I'll own it. He's good.)

Seriously laughing just from a still! Can't wait for this one :)

WHAT. How is that NOT Byun Yo-han?? I can't unsee it! Anyhow, I'm gonna have to get over it because I love Yang Se-jong(Shin HS is a plus) and you kind of sealed it for me at What’s Wrong With Secretary Kim! <3<3<3

I only hope that it is at least as good as My Golden Life.

I wasn't planning to watch the show cause' y'know...the female lead being 30 but 17...but the show has some genuinely funny hijinks and I find everyone adorable. And I can't turn away when there's Deok-Gu (or Pang) y'know? This show is trope-y but it feels cute trope-y...I'm looking forward to see where the show will bring me.