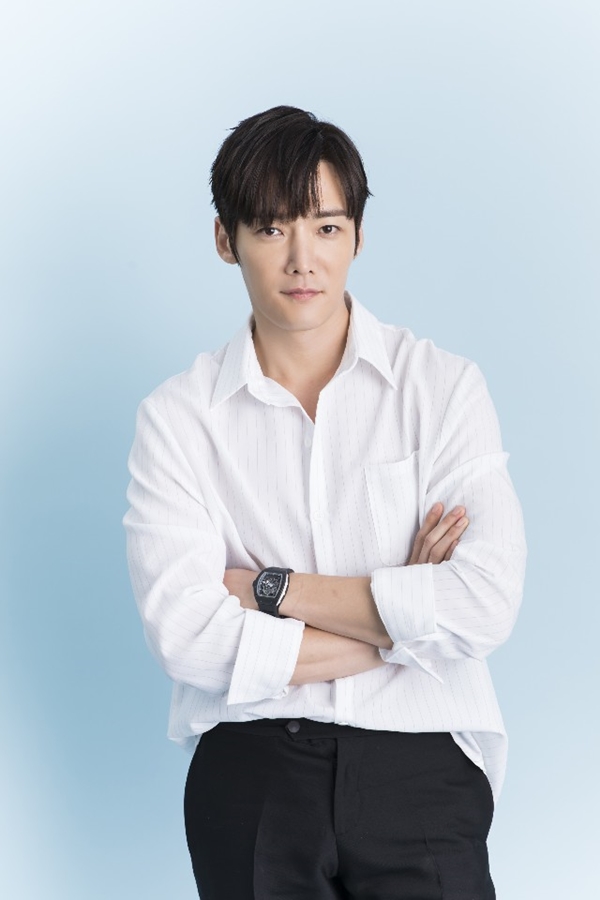 After weeks of rumors, it’s officially confirmed: Choi Jin-hyuk (Devilish Joy, Tunnel) will be taking on the lead role in An Empress’s Dignity opposite Jang Nara (Go Back Spouses, One More Happy Ending).

An Empress’s Dignity is set in an alternate reality where South Korea has a constitutional monarchy. Jang Nara’s character Oh Sunny is a bright and outgoing musical actress who finds herself living out a fairy tale when she marries into the imperial family. But when the dowager empress is murdered, the monarchy finds itself under threat and Oh Sunny fights against the autocratic powers that rule inside the palace while struggling to find true happiness and love.

Choi Jin-hyuk’s character, Na Wang-shik, is a super-fit bodyguard for the imperial family with unrivaled fighting skills. Though he’s an imperial guard, he harbors a desire for vengeance on the imperial family, which leads him to partner with Oh Sunny to exact revenge.

The cast is rounded out by Shin Sung-rok (Return) as Lee Hyuk, the emperor, Lee Elijah (Miss Hammurabi) as the antagonist Min Yoo-ra, and Shin Eun-kyung (Village: Secret of Achiara) as the dowager empress.

Veteran writer Kim Soon-ok (Jang Bori Is Here, My Daughter Geum Sa-wol) will pen and director Joo Dong-min (Return) will helm the drama, which premieres on SBS in November.

FATED TO LOVE YOU REUNION

Seriously though, they go for a bold concept like that, but they expect this drama to grace our screens in November?? Maybe I've hyped this up too much...

OMG, yes. He was a sweet, sweet second lead in that drama. The moment I saw this news I was all squeals and happiness. Such a great pairing!

Unpopular opinion but I was so annoyed by Jang Hyuk's character there, I found Jang Nara and Choi Jinhyuk had way more chemistry together. How I wish the second lead had whisked the female lead from her flipflopping husband instead...

Well then, in that case, this drama will be a wish fulfilment of sorts for you! XD

Oooo! But... so, if she married into the royal family, she can't get together with Choi Jinhyuk again?

Wait.. so Shin Sung-rok and Jang Nara is not the main OTP? It is the bodyguard and empress?

I am thinking maybe not a strict romance by the description? If she's married into the royal family clearly that's not with the bodyguard. I seriously doubt they would make her an adulteress. I can totally see Choi Jin-hyuk as the trusty sidekick to fiesty Jang Nara! I need more info clearly.

I wouldnt want her to be an adulteress either. That will make me not want to watch this. I just got thrown with him being called a lead opposite a married character. I got hooked into this since i wanted to see Jang Nara and curious about a murder mystery. Plus Shin Sung rok.
I like Choi Jin Hyuk and would like to see him in a drama that I'd want to watch.
Hopefully they will release some more details soon.

Maybe she marries but realises that the guy she married just wanted her because she is an actress and he cheats on her etc? And that is why she ends up falling in love with the bodyguard while solving the murder mystery?

Who's the lead guy? Is it him or the guy she married? Who did she marry? The emperor, because the drama's called An Empress's Dignity, right? So many questions, so little time...

Lee Elijah as the antagonist..
Hmmm...

Waaaahhh.. Hope he'll get enough rest regarding he has one airing drama now....

Oh man... I've fallen for Choi Jin Hyuk lately. I'm happy to see him active with another drama especially with a likable lead like Jang Nara. But I also adore his romance with Song Ha Yoon in Devilish Joy, which is still airing until Oct. 25th. So this new drama arriving in November feels a little too soon. >.<"

YES! more Choi Jin Hyuk and soon! jang nara can do no wrong and now with him on board November will be awesome too! love the second leads too so its a win win for me

She's a musical actress. The emperor courts her and marries her. The empress dowager is murdered. She is framed for the murder and goes to prison. She finds out that her husband is the murderer. She escapes from prison with the help of the super-fit bodyguard who bends the iron bars with his bare hands and frees her. They return to the palace for revenge. The emperor falls off the cliff of doom. Oh Sunny becomes the empress and marries the bodyguard. They raise a bunch of beautiful and super-fit kids. The End.

You had me at the "bend iron bars with his bare hands" part.

Lmao!!!!
I wonder where the cliff off doom is suddenly gonna come from?

The Cliff of Doom lies at the edge of the palace. The evil emperor disposes of his victims there. There is also a line of trees near it, but they are Trees of Non-Doom. The super-fit bodyguard became super-fit by swinging from tree to tree every evening after work. He saw his First Love plunge to her doom to escape the evil emperor's overtures when he was in the middle of swinging one evening. He was so filled with rage that he swore that he would avenge her death. After a while, he calmed down, and went back to his swinging. To achieve his revenge, he has to be super-fit. So, yeah, he just kept right on swinging.

Bring it on! I am ready for it!

Do they all go to the same plastic surgeon?