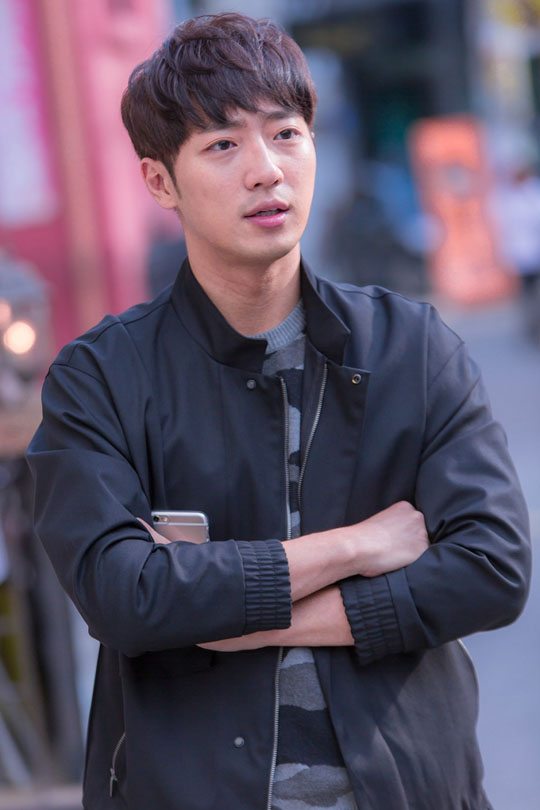 Lee Sang-yub (This Week, My Wife Will Have an Affair) is the latest name to be courted to KBS’s upcoming drama Perfect Wife, which is the show in talks to star nineties It Girl Go So-young (Blue Fish) in her drama comeback. It’s described as being Lee Sang-yub’s first leading role in a broadcast series, which had me momentarily excited until I realized he wouldn’t necessarily play the first male lead, though he would be part of the main quartet of characters—I’ll still take it!

Perfect Wife is a miniseries that centers around an ajumma and mother of two, Shim Jae-bok, who has lived a tough, wearying life, who suddenly becomes caught up in an unforeseen incident, allowing her to recover her forgotten sense of femininity and discover new hopes. (How the Perfect Wife got her groove back?) Yoon Sang-hyun (Shopping King Louis) has been offered the part of her husband, though it sounds as though he’ll be far from the perfect husband, getting into all sorts of outrageous scrapes.

The character offered to Lee Sang-yub is a poor but extremely ambitious lawyer, Kang Bong-gu, from a long line of dirt-poor folks, epitomizing the term “dirt spoon.” All he possesses are his intelligent brain and good looks (hey, that’s not nothing!), and thus his goal is to marry a quintessential “golden spoon” woman with an inheritance of at least 5 billion won.

Jo Yeo-jung (Divorce Lawyer in Love) has also been offered a role, though her character has yet to be described. Based on the casting, we might suppose that Lee Sang-yub and Jo Yeo-jung are being set up for a loveline, although nothing has said so explicitly yet. The descriptions remain vague and the perfect wife is said to “discover new hope in life and find a spirited love,” and while that could mean a rekindled love with the husband, I won’t be making any assumptions just yet. (I’m recalling the lovelines in Queen of Housewives and Queen of Reversals, which explored the other option.)

In any case, I’m happy to have Lee Sang-yub back onscreen even if it is as a second lead, because being a second lead in JTBC’s This Week, My Wife Will Have an Affair didn’t keep him from sparkling in it. He was an utterly delightful part of that show’s appeal, playing a hilarious, sweet, earnest, blubbering, and always entertaining character, whose relationship with Boa kept the show moving with comedy and cuteness.

Currently, none of the main cast of Perfect Wife has officially confirmed, although it’s looking fairly likely that they will sign on. Perfect Wife comes from the writer of God of Study and Brain and the PD of Golden Cross and Mary Stayed Out All Night, and will be a Monday-Tuesday drama premiering in February.

At times LSY resembles Seo Kang Joon but he is chubbier and the better actor.
I wish he gets his lead role soon and even this role is sth like his role in Wife.

Really? He actually reminds me more of Park Seo-joon (who I always associate with Seo Kang-joon because of their names/because they hit it big as noona-killers around the same time). Unlike SKJ, I'd say PSJ even has mannerisms that remind me of LSY. And, like you pointed out, they're both far more talented.

LSY always reminds me of Byun Yo-Han, I think I'll really get confused as for who's who if these two are in the same frame.

Ok, I totally thought of him too. I really could see LSY, BYH & PSJ all playing brothers.

funny when i was covered his eyes, i see park seo joon, but then i covered his lower face and i see seo kang joon, i'm confused

I'm glad Lee Sang-yeob getting more roles lately. I have always wanted to see more of him since Nice Guy. Hopefully this role will give him more recognition...

Out of topic, but Lee Sang-yeob and Park Seo-joon should play brothers sometime. When i saw the above pic, my mind instantly thought how they look so alike.

Lol, I wrote my comment above and then saw yours! They should definitely play brothers.

I've been longing for Lee Sang-yeob to get more leading roles since his I Live in Cheongdamdong days (oh, how I adore the OT3 in that!). I'm not surprised at all that the creators wanted to work with him again for This Week my Wife will Have an Affair.

Yes they look alike. LSY probably looks a little bit friendly than PSJ, based on their face ;)

I like it when good actor getting more chance. Wish you luck!

But he was the lead in an MBC weekend drama with Hong Soo-hyun a few years back. Pretty sure that was a broadcast drama...

How cute is it that the drama is about a Perfect Wife while his previous one is about a wife having an affair. It's a good sign, right?
He really did well in My Wife. Good luck!

I'm so embarrassed to say I'm a fan, but I definitely am. I've only seen him in Signal, where he was a deliciously eerie psychopath serial murderer. Definitely stole the scenes he was in. I hope I'd have the time to see this, too!

You should watch This Week, My Wife's Having An Affair! :)

He was also amazing and stole the show for me in the weekend drama House of the Bluebird...

He did well in sageuk too, as a cheerful prince and second male lead in Jang Ok Jung. He is very talented actor and one of the actors that I really want to back in sageuk.

Aw, I like him a lot! He definitely has leading potential so I hope to see him as a first lead soon. He's shown an incredible amount of range with his character in My Wife Will Have an Affair to his memorable guest spot in Signal.

If he is accepting hope the drama will be good,i've waited so much to actually see him in a lead role,he i such a versatile actor it's a waste he didn't get till now a leading role..also on a minor thing seeing the character name i just can't think of the psycho from The King 2Hearts when i see it it,Kim Bong Gu(hearing Lee Seung Gi's Jae Ha saying it) jajaj

his acting is good and i think right now it's time for leading role :)
btw LSY resembles to Hyun Woo :)

He's a talented cutie and I'm looking forward to his future projects but his character in My Wife Will Have An Affair is by far, my favourite!

Hah! We had Song Ji-hyo in This Week My Wife... trying to be a perfect mother and in the end self-destructed by having an affair; but yet it was exactly the affair that gave her a second chance in a happy marriage. Maybe, just maybe, the titular character's "unforeseen incident, allowing her to recover her forgotten sense of femininity and discover new hopes" is an affair or almost-affair with Lee Sang Yeob's character.

Awww, I like Lee Sang Yub! Loved him in TWMWWHAA. I want him to do another drama with Boa someday but as the main leads this time. Although I'd also be happy if they can somehow stick Boa in this upcoming drama as that rich woman he's looking to marry.

He already played the second lead in Jang Ok Jung, Living in Love.