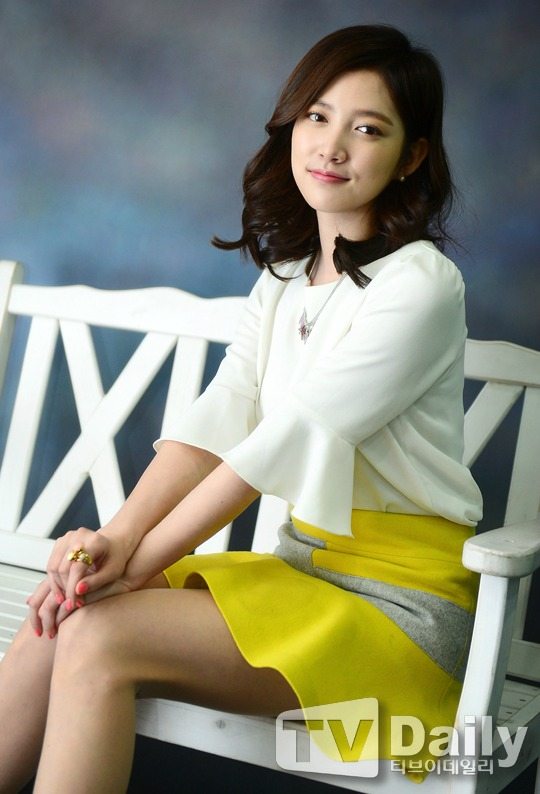 Actress Im Joo-eun (Uncontrollably Fond) completes the main foursome of MBC’s new weekend drama Thief-nom, Thief-nim, which is about the shadowy all-powerful forces that control all of Korea. The main story is about how a band of thieves thwart the oppressive establishment, and deliver a refreshing kick to the corrupt system. The other three confirmed main leads are: SNSD’s Seohyun (Ruby Ruby Love), Ji Hyun-woo (Wanted, Awl), and Kim Ji-hoon (The Man Living in Our House).

Im Joo-eun will be playing Yoon Hwa-young, a lawyer at a prestigious law firm who was born with a silver spoon firmly stuck in her mouth. As an attractive intelligent heiress, during the course of the drama she somehow becomes the object of affection for both the male leads Ji Hyun-woo and Kim Ji-hoon. (Err… then is Seohyun not going to have a loveline?)

I can totally see her pulling off entitled rich girl well, since she’s played that role several times, including her last drama Uncontrollably Fond and sageuk Empress Ki. But in both, she was the psycho mean girl second lead, so it would be nice to see something different about her character this time.

Ji Hyun-woo plays Jang Dol-mok, a handsome glib thief with natural athleticism that lends him an advantage in his thievery. During the day, he manages an errand center, but he turns into a Robin Hood-esque thief at night, stealing from the rich and giving to the poor. Seohyun, who was the first to confirm her casting, will be playing a police investigator defined by her innate sense of justice and compassion. She fights for the weak with dogged determination and loyalty, while also possessing a warm, kind personality. This will be Seohyun’s first lead role in major broadcast drama.

The one with the greatest experience in weekend dramas is actually Kim Ji-hoon, who has been met with success for his roles in Jang Bori Is Here and Goddess of Marriage. For Thief-nom, Thief-nim, he will play an elite special task force prosecutor who pulled himself from his bootstraps to rise to that position. He strictly follows the rules and regulations, views his legal cases with a cold impartial eye, and cannot be swayed by threats or bribery.

The 50-episode weekend drama Thief-nom, Thief-nim is brought to you by Writer Sohn Young-mok who was behind May Queen, Gold Rainbow, and Dazzling Temptation, and PD Oh Kyung-hoon who directed Mom, Phoenix, and Love Letter. It will be broadcast on MBC starting in May.

When will she EVER be the main lead? She is sooo talented. Anybody who watched Wild Romance and What's Up knows what I'm talking about.

Wild Romance was my favorite role until I watched What's Up.

This girl is amazing, both in talent and looks.

I loved her in Wild Romance. I miss them manager kim and Dong-ah. Please don't be a nasty heiress. I hope she have more of a love line with Kim Ji-Hoon. I'm going to keep this on my radar.

Sorry, I thought I was answering to Jasmine.

But at least in long weekend drama like this, she will play among the major role. The best part, she has more chances to outshine the main lead esp with someone like Seo Hyun.

My sentiments exactly! I'm sure she'll out act Seohyun!

*Sigh* one of these days those casting directors will be struck by lightning.

Rooting for you Im Joo-eun. Lead or 2nd lead.

idols are stealing all the chances for the real good actors.

Everyone watching Uncontrollably Fond would know she's much better than the female lead...

Wild Romance was such an underrated/quirky show, and she was SO good in it!!

Wild romance, both her & manager were riot, love her so much. She is just fabulous in it.

I still don't know why Seohyun is a lead....

Other 3 main leads are all very talented and a little underrated and then there is Seohyun.. I am sure that looking at its cast the director is wondering about the same thing as you.

fan base may be
SM pressure
or the fact that she is known to be one of the Ms. goody two shoes..and definitely is competitive..director wants to give her a chance.

Hmmmmn, this weekender is shaping up to be an interesting one!

That's really all that needs to be said.

<I can totally see her pulling off entitled rich girl

Why don't they let her shine? (I'm not blaming her, I'm sure she's just trying to pay her bills.)

She is so freaking pretty.

I wish this wasn't a weekend drama. I'd watch it.

Aww, why couldn't she be the main lead? Sad to see her stuck in second-lead territory.

Nice to see Kim Ji-hoon in a drama again. It's been too long. He's reuniting with Ji Hyun-woo here. They were in "Golden Apple" together in 2005.

Not too familiar with Im Joo-eun but I've heard good things about her. I have "Soul" and "Wild Romance" in my watch list so I'll become familiar with her eventually.

The writer is uneven so I'll just hope that he gives them a good script worthy of their time.

So she will be paired with Kim Ji Hoon right? I know for sure I will love this couple more. I like Ji Hyun Woo individually but I don't think I always see his chemistry with his partner in drama - except yes Queen In Hyun's man. So good luck with Seohyun!

Among these casts, it is obvious who is the weakest link here. I don't know and give up to expect how far she will improve, but if she is unbearable to watch, I will just skip her scenes later.

My biggest worry in this writer - I hope Sohn Young-mok will do better this time. Dazzling Temptation was too slow, and Jung Jin Young was the only reason I managed to watch it.

Not agaiiiinnn.. first suzy n now seohyun.. so sad when the actress lose their place in first lead with a idol.. my only hope there is 2 couple in this drama.. n next maybe im joo eun get her first female lead as a dorky cute girl

Im Joo-eun check. Kim Ji-Hoo check. I am in! Now all i want is a very very good script and a great director, which give them much screentime.

My bb Im Joo Eun deserves a much much better career than what's she's had so far. She is so freaking versatile (at least she was in the beginning of her career before she feel into the second lead rich girl type cast) and talented. When will she again play the lead (or part of an ensemble) that leaves me mesmerized and begging for more of her!?!!!

The writer's other works are pretty meh, so as much I adore you IJE, I"m out.

I love this girl so much so it's always frustrating to see how underutilized she is.

I need her and Im Joo-hwan in another drama together. Why are they consistently being relegated to SL roles? :(