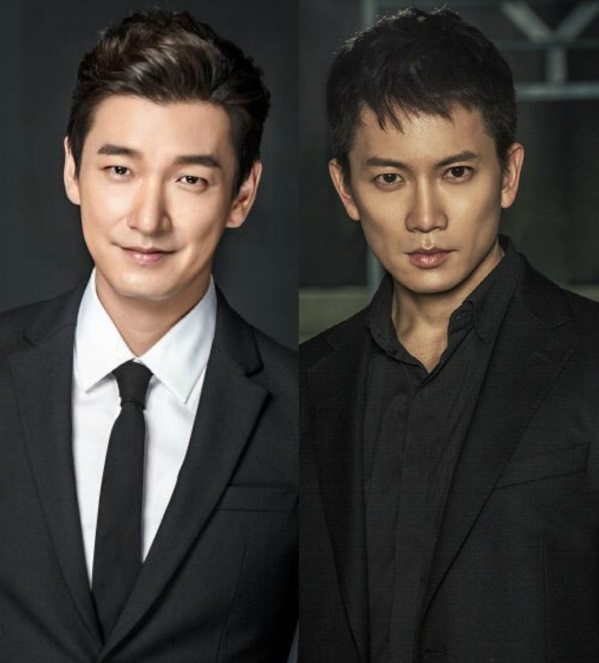 Sageuk film Auspicious Grave is the third in the trilogy that began with blockbuster hit Face Reader, and is currently courting two powerhouse actors to star: Jo Seung-woo (God’s Gift—14 Days) and Ji Sung (Defendant). Auspicious Grave tells the story of contenders for the king’s throne, and how their ambitions lead to strife. One young man loses his position and his family from the ensuing conflict, and vows revenge against the king as a result.

The first offer was given to Jo Seung-woo to act the part of a face-reading expert named Park Jae-sang. Director Park Hee-gon, who is helming Auspicious Grave, worked with Jo Seung-woo before in Perfect Game, and immediately thought of him as his number one choice for this film. Jo Seung-woo has yet to confirm, but his agency has stated that he’s looking over the offer carefully.

In addition, Defendant’s Ji Sung may make his big screen comeback through Auspicious Grave. It’s been reported that he has received the script, and is reviewing it positively. He’s been offered the role of Heungseon Daewongun, a powerful prince regent during the latter part of the Joseon era.

Ten-billion-won-budget project Auspicious Grave marks the culmination of the Face Reader trilogy which started with Song Kang-ho and Jo Jung-seok’s sometimes hilarious and sometimes dangerous fortune-telling escapades. The second movie has finished filming but has yet to be released; it’s a historical romance called Compatibility (aka Marital Harmony) starring Shim Eun-kyung and Lee Seung-gi.

Filming will begin for Auspicious Grave in the latter half of this year, after casting for both the lead and supporting roles is complete, and the movie will probably be released sometime in 2018.

If JiSung takes this up, who's taking care of BoBae? Grandparents?

The movie sounds interesting. Hopefully both actors accept. It would be amazing to see both in the big screen.

I've never seen Ji Sung in movies, it's good for him to choose movie as his next project for a change, good luck.

You should watch My P.S. partner then. Its one of my favorite movies!

My PS Partner is one of the best k-movies ever.

More Jisung? Why not?

I'm not a fan of Ji Sung in sageuk but hopefully this will work out for him with better materials to work with than that disaster called "Great Seer."
Jo Seung-woo debut in "Chunhyang" so I'm glad he is going back to his root.

This
And lee Jong Suk as well. His death was so tragic :(

? Since it is latter part of Josean era, I hope JS takes it on. He doesn't look good in beard nor long hair. I hope he will grow buzz cut that he was donning in Defendent.

A drama and a movie? Sir Jo Seung-woo you are too much! Albeit the movie is still uncofirmed and will premiere at the earliest next year but still. Hopefully he will take it since it's been a real good while since he has taken up a sageuk. Also, pairing up with Ji Sung ain't too shabby either.

On a different note, when is Marriage Harmony going to premiere? It's been quite a while (a couple of years?) since it wrapped filming. I wonder if something happened behind the scenes. Sure its main star Lee Seung-gi is in the army now but that hasn't dettered any other movie to release in the past.

A movie insider tweeted that it'll premiere once Seung Gi is discharged which pisses me off a little. I wanted something of him to pass time while he's away but nope, not gonna happen.
At least there's just 6 months and a half of his military service left.

The 1st one was super successful and it had quite a huge movie stars starring in it. The third's one casting is off to great start too, I hope the second won't dissapoint, it's been a while for Seubg Gi to do a good project.

Oohh I didn't know that Marital Harmony is connected to the Face Reader movie! Can't wait for Seunggi's come back so I can finally watch that film~ hehehe Hope Marital Harmony and Auspicious Grave would be both awesome! I love Ji Sung!

Trilogy - aacchhkk! reminds me of the Three Musketeers trilogy that never was...

I've never seen Ji-sung in a movie before but he's so great in dramas. I hope he accepts, I think he'll do just as great here!

Aww, can't help but think Lee Bo-young connects the two of them. :-)

Oppa Ji sung! Hope to see you in big screen again. Youre such a great actor, one of the best.

You're such a great actor Ji Sung. more Koreandramas and movies. Sa rang he 😘😘😘