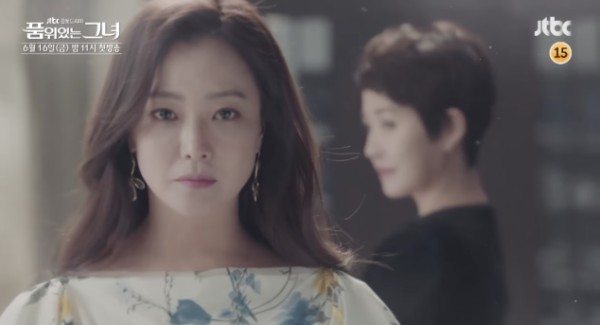 JTBC’s next Friday-Saturday drama, Woman of Dignity, released its a new teaser that gives us a mysterious glimpse of the relationship between its two leading women, Kim Hee-sun (Angry Mom) and Kim Sun-ah (Masked Prosecutor). This new project is about the story of two women from completely different backgrounds, and how ambition, jealousy, and understanding come between them as one begins usurping the other’s life.

Beginning with the first voiceover by Kim Sun-ah (“I want to try living as her”), we can see the differences between the two women. The stark contrast couldn’t be clearer between Kim Hee-sun, the chaebol’s wife who has it all—money, education, and beauty—and Kim Sun-ah, a dowdy caretaker who enters Kim Hee-sun’s life as a household employee. We see Kim Sun-ah bowing in deference to Kim Hee-sun and secretly trying on her makeup, but soon the tables are flipped.

There are flashes of jealous gazes, a badly injured Kim Sun-ah, and tearful phone calls. Then, Kim Sun-ah looks like she’s the one in the higher social position, dressed to the nines and looking smug. She bids Kim Hee-sun goodbye, who leaves with gritted teeth. The final scene shows both women, facing each other, as Kim Hee-sun’s voiceover closes out the teaser: “This is the story of me and the woman who dreamed of becoming me.”

Although it’s being touted as a human comedy, this promo clip seems more fit for a psychological makjang to me. So I’m still confused as to what to expect, but the sheer amount of emoting done through Kim Sun-ah’s eyes in the brief seconds of the teaser makes me suspect that it’ll be a treat to watch regardless.

Woman of Dignity begins airing on June 16, following the end of Man to Man. 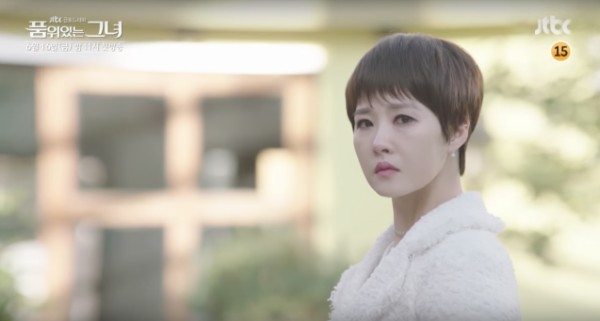 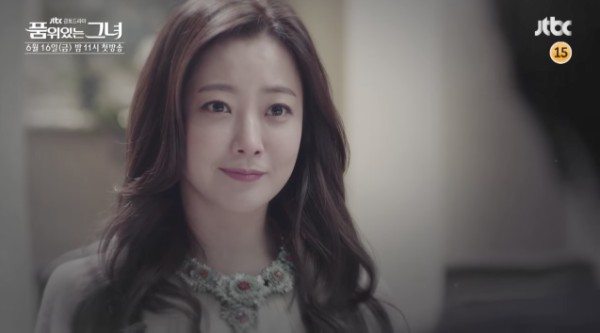 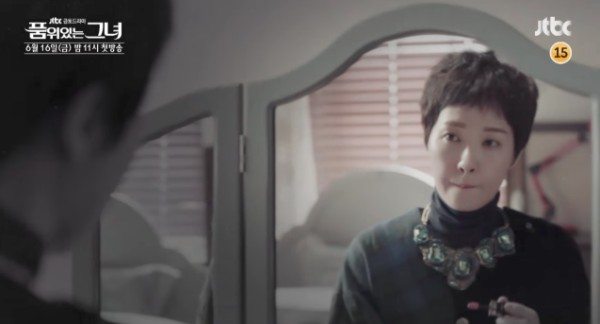 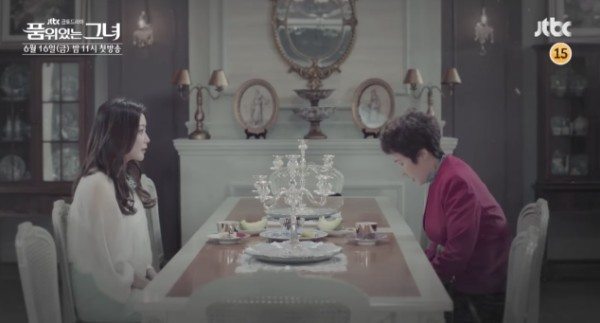 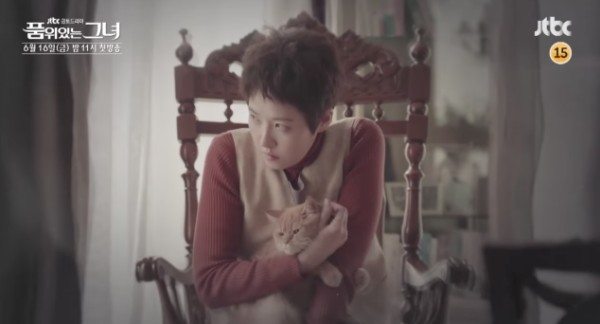 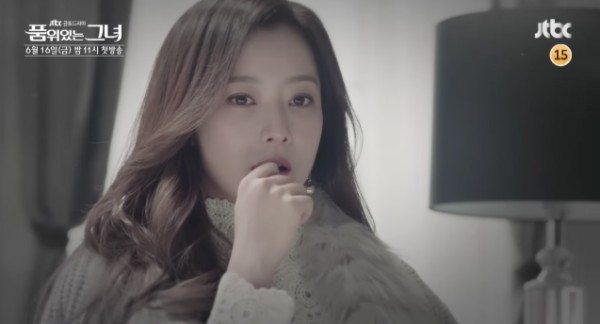 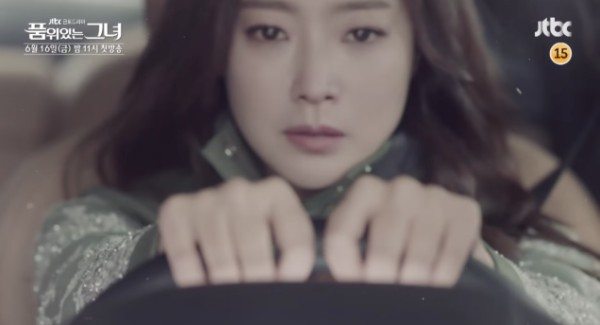 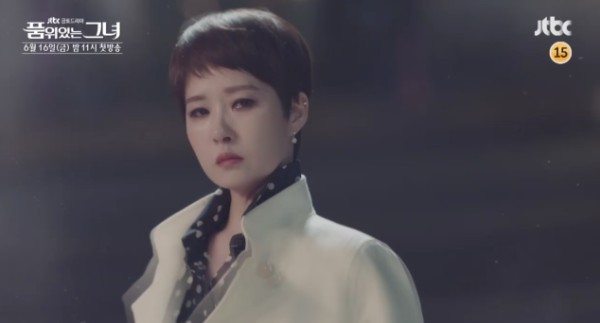 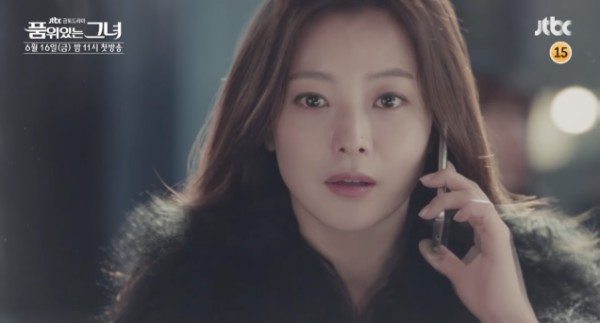 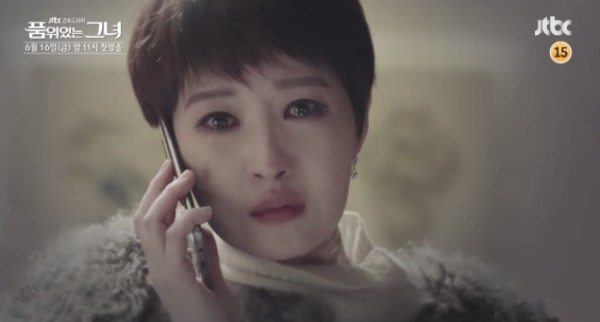 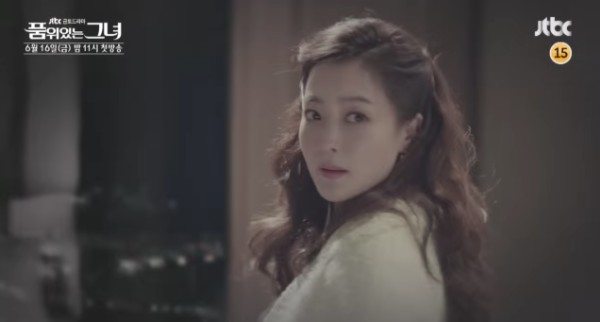 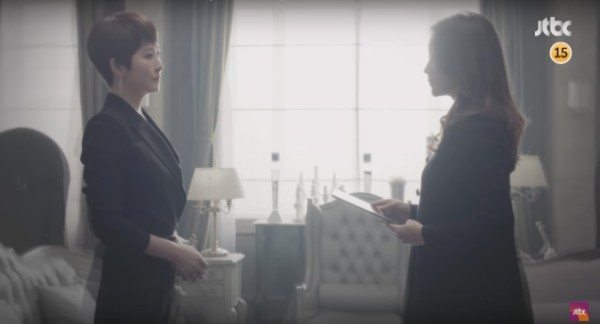 if there is something i learned from man to man, it's important to have a good director to connect to the story. I really hope kim yoon chul will deliver.

Yes please. Let's not waste the potential of these two actresses.

Plan of trying to contain excitement is failing with every new teaser mat jTBC releases. I'm really praying for my mixed feelings for the writer to be unfounded via this drama. C'mon it's Kim Heesun + Kim Sunah~

This seems so tonally different than what we have been presented with previously. Not sure if I am willing to watch. But, Perfect Wife did a good job portraying manipulative/crazy really well, so maybe there is hope this won't be a makjang angst fest.

Perfect wife started on a great note, except the last few episodes gave me so much headache, all of the characters became dull and lifeless, more like Eun Hee sucked out life from the rest of the people lol.

Having 'a perfect wife' deja vu moment. I still have seizures from that drama, hope this won't give me the same horror!

Eun-hee was a master manipulator of the highest order. She took crazy to the next level. Hahaha

I know as more teasers and posters come out, the drama is heading toward psychological thriller type... but a part of me wished that it would be lighter in tone and that the two female leads are friends supporting each other in their individual lives. Or maybe I'm in the mood for slice of life since it's summer where I am lol.

Kim Hee Sun and Kim Sun Ah together is something I can't miss even if this show isn't in my usual preferred style. I love both actresses.

Love them both
N ifs its really a psychological makjang then im in!!
I love a drama that put many question mark in my head.
It will be fun!!

Happy to have a female-centric drama, but I wish the two women were friends for once D: But I guess this won't be that type of show.

I fail to see much comedy in this, but I like it.