In this somber yet healing drama, a cold young woman living a hard life meets a middle-aged man when their work lives collide. At first, the young woman is willing to use any situation to her advantage out of desperation to pay off her debt, but as the two get to know each other, they wind up helping each other.

In this somber yet healing drama, a cold young woman living a hard life meets a middle-aged man when their work lives collide. At first, the young woman is willing to use any situation to her advantage out of desperation to pay off her debt, but as the two get to know each other, they wind up helping each other. 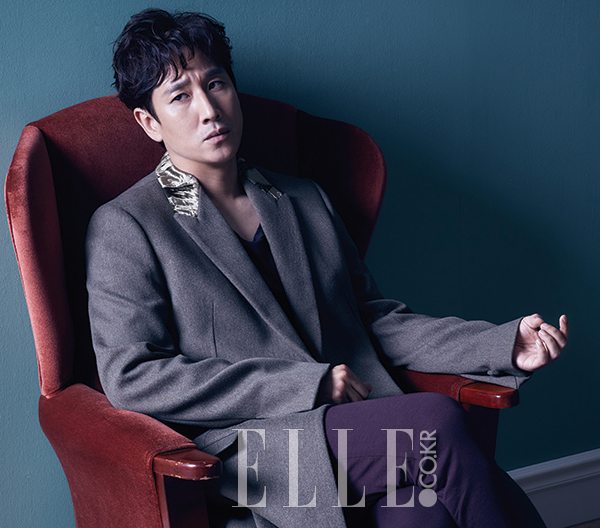 Do it! Do it! Lee Seon-kyun (This Week, My Wife Will Have an Affair) is considering the new drama from Signal PD Kim Won-seok and Oh Hae-young Again writer Park Hae-young called My Ajusshi. This new tvN drama will create a story centering on what it means to ponder the value of life.

The main character is described as a fortysomething man who has been enduring the heavy burdens of life. When he meets a twentysomething woman who is the complete opposite of him, who has been similarly weighed down by life, they begin to heal each other as they perceive each other’s struggles.

I’m already excited for this drama to happen. Lee Seon-kyun’s raw portrayal of his character—everything from his petty complaints, angry denials, and underlying desperation—is what made This Week, My Wife Will Have an Affair feel so real and relatable. So, this burdened ajusshi character seems like it would be right up his alley. It hasn’t been said whether the relationship between the main leads will be romantic, but I have faith that we’ll get something great with this writer. I just hope that both characters will have similar maturity levels, so the two-decade age gap doesn’t feel like an issue.

My Ajusshi is scheduled to begin filming at the end of this year and air sometime early next year on tvN, but right now the production team is concentrating on the script and casting.

Lee Seon-kyun and Park So Dam. Thank you.

so many YES!!'s to this casting. @ dramaGods do your thing

can't be more agree with you

Yes, do it! Do it! I think they will cast a movie actress for female lead role, so maybe Park So-dam? Kim Go-eun will be perfect as well but my heart inclined more towards Park So-dam simply because I want her to do a good drama. (Beautiful Mind was good, but I think almost all credits belong to Jang-hyuk while Cinderella and 4K better be forgotten for good).

Anyway, I'm excited to see LSK back! Wish they will cast a good actress to act alongside him.

I'd like a reunion between him and Kim Go-eun actually but like u pointed i really wish to also see Park So-dam get a good drama on her hands and being used at her potential....All in all i hope he accepts it and if s he gets a actress on par with him

Yes, I hope they will cast someone who can match with his level - even it is not Park So-dam or Kim Go-eun.

Even tho I want PSD so bad I only be fine if the female lead is BakJinHee. Super busy recently and I found myself getting hard to please with drama's couple these days lol.

Yes So Dam pleaseeee. She's doing nothing a whole year except for film and I miss her

Oh yes, please do it! ? My heart is doing somersaults right now! So excited for how potentially great this drama is gonna be!

Can this drama also cast Lee Sang-yeob to act as his brother or anything? I want to see their bromance again.

I think more than the age gap between HJW and KMH, it was a large gap of their acting that some people were more concerned. The age gap when the female lead is much older is nothing new - Just to name few Yoo Ah-in & Kim Hee-Ae, Park Se-joon-Uhm Jung-hwa, Sung Joon-Ko So-young -All have huge age gap.

The plot doesn't say they fall in love...platonic relationships exist...why are people like this...

will watch for LSK! He’s an actor who inhabits his role. I felt for his character’s desperation and exasperation in TWMWWHAA, hilarious with LSY as well!

He plays these roles with such earnestness you can't help but fall every single time:)

Omo - LSK! Can we pleeeeeease have him in a rom-com though? I love him so!

He is GREAT in serious dramas, too, but I agree with you, I would loveeeeee to see him back in a rom-com. Pasta was like 8 years ago. But I wonder if he himself wants to be done with romantic roles.

For the first time ever my dream casting came through, or almost came through. Soompi reported that casting was already confirmed, but whatever. Sooooo excited. So can we get Kim Go-eun? Or will Jung Yumi be credible as a 20 something?

Can I have Go Ahsung again? I miss her already...

YES FOR GO AH SUNG!!! Pleaseeeeeee. Or Park So Dam is also a good choice <3

I want to scream Kim Go-eun, but then finding Go Ah-sung here I want to shout out her name too!!!

I thought that Lee Seon Kyun confirmed to star in this drama. I was sure that I will like the male lead. I will watch if I like the casting for the twentysomething leading lady.

PLease make this happen!! The character seems tailor cut for him. I loved This Week My Wife Had An Affair and Lee Seonkyun's acting is always so raw and captivating. I also loved him in Miss Korea which had a great atmosphere/tone of "realism" and nostalgia. Plus Signal PD and OHYA's writer!!! This combination of talent could be a winning recipe!

Not a bad choice though initially I want JangHyuk ahjussi doing this role.
But at this moment it would depend on female lead so I could watch this drama happily.
No idol please..

it would be so refreshing for this to be that drama. Here's to hoping!

I loved loved loved him in This Week My Wife Will Have an Affair. I look forward to his next projects.

I like Park Eunbin to be the female lead... she would be perfect
or maybe Ryu Hyeyoung, was she even in any drama after reply1988?

I miss lsk with khj, i wish whomever his leading lady, will be as talented as khj.

I didn't even think of Park So Dam, but I would really like to see her in this too. She'd be Perfect.