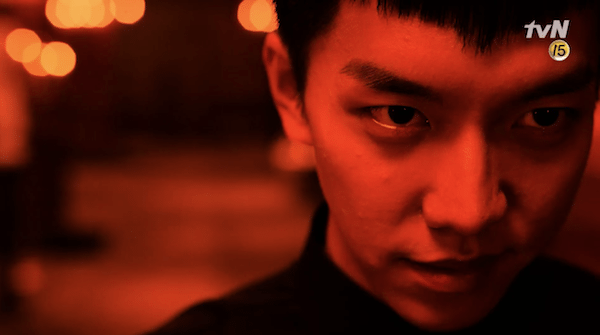 The Hong sisters’ new “exorcist romance drama” Hwayugi released three brief clips introducing its main characters, just a month before its premiere date on tvN. Based on the classic Chinese novel Journey to the West, Hwayugi is a modern retelling of a legendary odyssey full of monsters and adventures. In the original story, the main character is a human monk tasked with finding special ancient texts with a set of troublesome companions, and among them, the most beloved and reviled character is Sun Wukong, a trickster Monkey God.

“The great” Sun Wukong will be played by Lee Seung-gi (You’re All Surrounded), who was just discharged from his military enlistment duties. And in the retelling, the monk character has been changed to a female character, “A human with the ability to see spirits,” played by Oh Yeon-seo (My Sassy Girl). The gentler counterpart to Lee Seung-gi’s mischievous Sun Wukong is the “Bull Demon King, God of Spirits,” played by Cha Seung-won (Hwajeong). Together they fight a world full of dark spirits, in search of light.

That’s all the teasers tell us; they don’t really give any more information regarding the story, but previous character and story synopses seem to indicate that it’ll take place primarily in the real estate and entertainment industries. Oh Yeon-seo’s character is supposed to be a real-estate mogul that builds her empire by selling houses that supposedly have bad juju attached to them. Meanwhile, Cha Seung-won plays the vain but gentlemanly CEO of the best talent agency in the country, employing Lee Hong-ki (Modern Farmer) who plays the nation’s top celebrity (and also an analogous character to the Pig God in the original novel).

I’m not quite sure what the hands of flame symbolize, but maybe it’s a cleansing fire to exorcise the spirits? Either way, I’m excited to see the bromance between Cha Seung-won and Lee Seung-gi again because You’re All Surrounded was not enough! Saturday-Sunday drama Hwayugi will begin airing on December 23 on tvN. 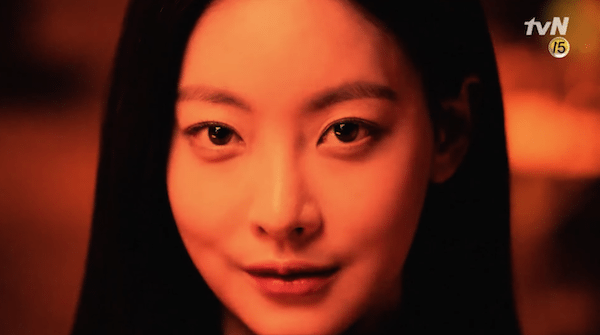 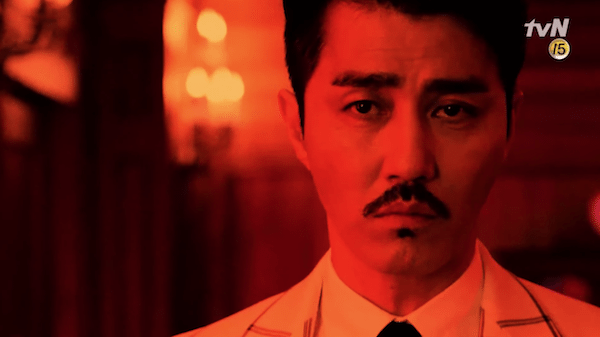 Well i'm anticipating this no matter what!!!Welcome back Seung-Gi!!!

curious if the heroine buys those hunted houses,gets the ghosts out and re-sells them(Taeyang is that u undercover?)

Pretty sure that's what she does. Smart move tho.

Please let it be good, because the cast is perfect. Hong sisters, I believe in you! I know you still have it in you. Fighting!

OMG a heroine who is a mogul with an empire, I'm so happy right now. Oh Yeon Seo is quickly becoming one of my faves with the strong female characters she portrays.
Can you imagine a drama where the hero and heroine are on the same foot and the heroine is a bada$$ business-woman? I never thought dramaland would get there.

Please drama, give me a drama to worship, cause my expectations just went sky-high 😇😇😇😇😇😇

"Of all my buildings, only this one has an empty floor." I worship you, LYW-KJH, the future JJB Queen!

FOR BETTER OR FOR WORST!!! It doesn't matter as long as there is SEUNG GI X SEUNG WON bromanceeee... this drama will fine.. don't worry about the ratings, as both of them have many hit dramas. General public likes them.

The writers should not f*ck up the script this time.

They look so cool and scary and ready to kick ass. *pads my butt*

I have been waiting for every long time for Lee seung gi come back.. I hope he won't disappoint me.. oh who am i kidding, since when has Lee seung gi ever disappointed me ...this guy is a full package.. he can sing, act and he is so funny.. hwaiting Oppa 😘😘🙌

The teasers have me confused but I will follow any drama with this cast into the deep scary pits of drama madness if I have to. If you crash and burn, I will burn with you! LETS GO.

Wow, if the casting wasn't already perfect enough, we get Lee Hong-ki as well??

I AM SO EXCITE.

The teaser alone already feel hot, and that smirk ! OMG. Now I know why Lee Seung Gi's hairstyle looked like that in the previous award show.

Why does Oh Yeon Seo look a little bit like Shin Min Ah there?

I don't know why Zhu Bajie isn't included in this promo. His character is more important than Bull Demon King in the original story.

favorite actors all together? COUNT ME IN... also, seunggi-ssi welcome! =3

My only thought while watching those super short teasers - Lee Seung Gi is Back!!!!!!

I'm so ready for this even if it turns out to be the worst drama this year. Anything for Lee Seung Gi!

You had me at DING DONG 😂 But yeah, will definitely watch this due to Cha Seung-won 😍

YAS! I'm gonna tune in to this just because Lee Seung-gi and Cha Seung-won! Btw, I think the fiery hand could have been referring to the Buddha's palm turned Five Elements Mountain that had Sun Wukong trapped underneath for 500 years as a punishment. I've seen way to many Journey to the West adaptations to recognise that palm coming, but still I could be wrong, ahaha.

I agree! When I first saw the palm I thought of the Buddha's palm haha

I am loving Lee Hongki lately (rewatched You Are Beautiful a week ago) so it’s perfect time to see him again in a drama.

I was going to pass on this drama but man, the styling of the trailer is pulling me in. It feels retro and throwback and that is right up my alley.

Heol~~~ The line of cast is so irresistible! But “exorcist romance drama” is freaking me out... Am I going to see someone who forces an evil spirit to leave a person or place by using prayers or magic?

I'm so friggin excited for this drama. First of all, Lee Seung Gi working with Cha Seung Won again? SIGN ME UP. Journey of the West is such a brilliant work as I grow up watching the original TV series. Very interested to see how the Korean TV will take on this.