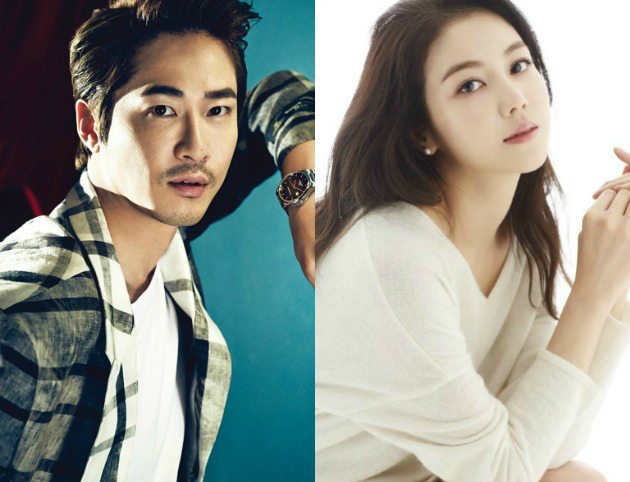 A new drama is in the works at OCN, and casting has already begun. Kang Ji-hwan (Monster) and Kim Ok-bin (The Villainess) have received offers to lead OCN’s latest project, a supernatural cop procedural called Children of a Lesser God. When Kang Ji-hwan, the expert in forensic evidence-based investigations, meets Kim Ok-bin, the spirit-sensing rookie, sparks fly.

If he confirms, Kang Ji-hwan will be playing an elite investigator who was formerly stationed at the Seoul metropolitan precinct. With his genius deductive abilities, he’s able to pick up on any criminal’s lies, almost as if he has telepathic powers. He receives a promotion when he solves three out of the top ten unsolved crimes, and then the book he published that records his crime fighting experiences takes off and becomes a bestseller. But despite this influx of wealth and prestige, he decides to quit his lifestyle for an unknown reason.

Kim Ok-bin, who featured in her last drama Yoo-na’s Street as a jaded pickpocket, may be returning to dramaland on the opposite side of the law. She’s up to play a warm-hearted police corporal at the regional investigations unit of the Seoul provincial office. She grew up being called “the child possessed by ghosts.” But aside from her frightening supernatural senses, she’s the innocent maknae investigator on the police force who wears her heart on her sleeve. She loves children, and has an approachable air to her that lets victims feel at ease to tell her their stories.

Children of a Lesser God will follow their partnership as they work together to unravel the corruption behind a tragedy that happens within a large organization. This will be the debut fictional drama by writer Han Woo-ri, who is currently riding a wave of fame for her popular investigative documentary, SBS’s We Want to Know. PD Kang Shin-ho (Heirs, Midas, Tazza) will direct.

Fantasy suspense drama Children of a Lesser God is tentatively scheduled to air in the first half of 2018.

Via IS Plus, TV Report

I hope to see Kang Ji-hwan soon. I miss him and have wondered where he disappeared to since Monster. That drama really put him through a lot.

How can those character descriptions be both amazingly laughable and common at the same time? A Genius and a Ghost whisperer is nothing but a super team. But it's Kang Jihwan, whose recent dramas were all bordering Makjang, so I'm thrilled this a OCN thriller. And Kim Okbin is always great.

more kim okbin is always good, i'll be looking forward to this. i need my detective fix 24/7

me seeing the title: I don't really like Kang Ji-hwan, but I liked Yoo-na's Street so let's see what this is about

me seeing Kim Ok-bin can sense ghosts: when will this get here when can I watch this it should be out now

I've always liked Kan Ji hwan's over the top acting, I find it hilarious. What is Yoo-na's Street?

It was a drama from a few years ago that starred Kim Ok-bin. I honestly don't know what it is I don't like lol, but I've dropped or skipped any drama i've seen with him in it

Yoo Na’s Street (aka Yuna's Street) is a 2014 JTBC kdrama. It's 50 episodes and received rave reviews from beanies back then.

Yoona's Street is on my top 10 Kdrama list. An unusual topic about people living in the margin with lots of hearts, warmth and humor too. You can take your pace to follow the lives of this little community of how how they solve their day-to-day struggle with some win and loss along the way. This is a great alternative if you are tired of the usual drama tropes and want something that is memorable and heartfelt. KOB is also not your usual K actress, particularly fantastic in kickass role. In Villainess, she's like playing Uma Thurman in Kill Bill.

Can't wait to see this new drama with her and KJH. Should be a great coupling in look and style.

Save your comment for Kang Ji Hwan till you see him making drama character comes alive!...he is a talented actor and you would like him in no time. I have not seen Kim Ok-bin act but she seems pretty and capable to act well. Cheers! Lets await their new drama 😊

OCN meets Kang Ji-hwan? I am in.

Yes for Kang Ji Hwan. Been such a long time since I watched him in anything. And I heard that Kim Ok Bin is good, so I am very excited over this drama.