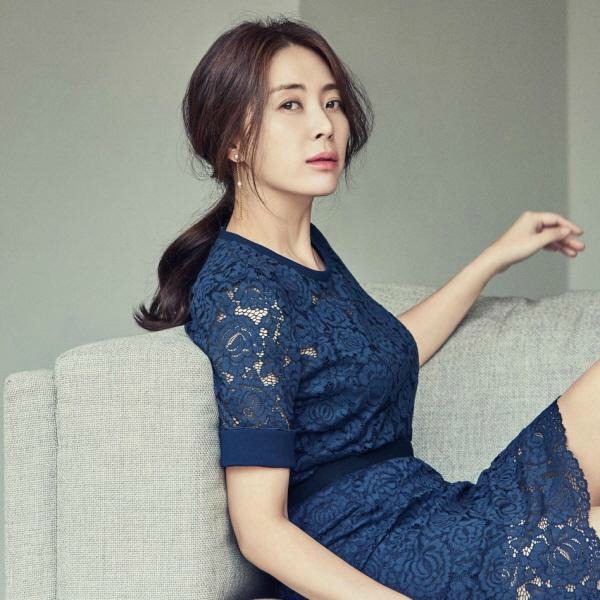 Will strong mother figures become our next dramaland trend? I’m all for it, if it gets powerhouse actresses like Lee Bo-young (Mother) and now Song Yoon-ah to headline bold dramatic performances.

Song Yoon-ah (The K2) is currently in talks to star in a new SBS drama titled Secret Mother, which is described as a “women’s mystery thriller.” The drama deals with a mysterious surrogate mother/nanny who enters the home of a woman holding the secret behind a child’s death. Song has been offered the role of that secret-holding woman, a doctor who gives up her career to devote herself to childrearing, becoming a stay-at-home mother. She seems cold on the outside but has an awkward side, and on her husband’s recommendation, she brings in a surrogate with whom she forms a deep friendship.

The initial tagline hints at mystery and darkness, but it’s not quite clear how dark or sinister this will go. I suspect it won’t be as twisted as I’d like, but I tend to always want dramas to go darker than they do; in this case, I’d love to see Song Yoon-ah being complicated and vulnerably evil again (despite The K2′s flaws, I thought her performance there was charged and compelling).

Secret Mother will be directed by PD Park Yong-soon, who was co-director on the sentimental melo 49 Days and main director on rom-com Divorce Lawyer in Love and desperate-mother-out-to-save-child thriller Wanted.

The drama is scheduled to air in the Saturday-Sunday slot following the newly premiered series Tale of a Good Witch.

I had never seen Song Yoon-ah in anything but K2 but she was amazing in that. Like you said K2 had its issues but she was definitely not one of them and was actually one of the reasons I did enjoy the drama.

I am all for kick-ass women. Bring it on dramaland!

K2 was how I discovered Song Yoon-ah! I adored her in K2 and dropped it when it became clear that my pipe dream that she would be the main love interest would never come true haha

LOL. Once again, I'm forced to indulge in my fantasy of Anna killing herself by moonlight like the gothic cliche she is and her stepmother and K2 running away together to Healer's South Pacific Island. My version remains 19+.

🤣🤣🤣 The minute I saw this article, I rememebered The K2 and then your 19+ version of the end. And then I read this in the comments. 🤣🤣🤣

I wrote a short fan fiction that's on my fan wall. Fair warning: it's very cracky, I wrote it in about ten minutes and I didn't proof it very well. But it was lots of fun to write anyway.

When Chang Wook came and got her out of that meeting with the sprinkler and he opened the umbrella and told her to stand up straight I almost lit a cigarette so I am right there with you!!!

hi ChinguMode, I know it's kinda late but can you please please share your 19+ version with me. I just watched K2 and found the love of my life, Song Yoon Ah and I am still obsessed at her character Yoo Jin there. Can't get enough of her.

Same. Dropped it after around ep 10 for the same reason. They seriously svrewed up not making her not just the love interest but the lead character. She outshone everyone. Didn’t finish this drama and yet her performance was so amazing I consider her character one of my top favorites in any drama ever. I’ve been waiting forever to hear about her next project and it’s finally here, yes!!!

K2 was terrible in spite of Song Yoon-ah. She was the best thing in that, aside from Chang Wook's abs.

And the gorgeous action scenes. ^^ I mean, the K2 took the fan-service shower scene to new heights!

My reviews of this show are basically, "this show is terrible, Yoona can't act, naked shower scene so watch!"

I liked the drama and saw tons of potential in it. I thought everything in the drama was excellent except for Yoona's character. It wasn't even Yoona herself but the character of Anna and the whole romance between her and K2 felt so out of place in the drama. Even with a better actress it would have felt shoehorned and jarring. If the drama didn't have Anna it would have been a favorite drama but the romance and her character created a fatal flaw. But outside of Anna and the bad romance, the relationship between K2 and Choi Yoo-Jin was charged and tantalizing, the action was awesomely done, Chang-Wook's abs were on point, the music and cinematography were great.

Sadly this writer can't do romance well. She is awesome for writing gritty and intense dramas but when romance enters, her writing falls apart. Happened with Yong-Pal also.

I remember how K2 seemed promising at the start *sigh* with the comments tracing the chanting in the background to the darker version of Snow White(?) and this tiny ghost of a girl screaming at Ji Chang-wook to murder her stepmom and that tension between K2 and Yoo-jin...

This writer just can't weave in romance well in action thriller genres. He did the same thing in YongPal, ruined the potential sweet friendship that was forming between our two leads and just hit it with us over the head!
He just makes it awkward. That's why am still hesitant o watch K2 even though, 'Ji Chang Wook! Shower Scene' Its best for him to just leave it at teasing level or friends with romantic potential at the end. Then the audience can imagine them going on to date in the future. But I was able to enjoy YongPal in spite of its faults ao maybe.

Watch the show scene on YouTube. It's not just the shoehorned-in romance that was the problem. The fight scenes were extremely-well choreographed but in the end took up way too much of the show. For want of a more-elegant way to put it, the ending sucked.

Duse Song Yoon-ah was badass in K2. If she gets another complex role like that, that'd be amazing. (I say complex role because she was one of the saving graces of the K2)

I hope she confirms! She was definitely among the best things happened in K2 Plot sounds intriguing. She also is good in some womance relationship. Looking forward to see who will be cast as the surrogate mother. Can we get Cho Yeo-jeong to play that role?

m confused.. is this lady same

No, just K2 saviour. Mary was played by Yoon Se-Ah.

If you want to be more confused, there's also Oh Yoon-ah @[email protected] For years, I thought her funny school principal character in God of Study was reunited with Kim Soo-ro in Gentleman's Dignity.

I'm reminded of the series "Fated To Love You" where I lost track of how many different characters were all named Kim Mi Young. Five? Six?

Oh my God. I'm so excited if she signs up on this one. I really hope she does. I'm starting to worry about what will happen to me after Misty ends coz I won't get to see Go Hye Ran again. Please please be the badass lead for this female-centric drama so that it will suffice.

Nothing will compensate the loss of GHR. She IS one of a kind.

She was great in K2, I really loved her acting. She had a great chemistry with JI Chang Wook. It's sad they add the character of Anna because she was so useless and boring and I don't want to speak about the stupid, useless and weird romance... This drama could have been so great >_<

This is a comments section devoted to making me feel like I'm not alone.

I think there are a lot of embittered people about K2 on this website :p

The description for the husband's role made me think of Kim Tae-hoon hahaha you think he's a plain background husband but then his concern turns out to have a shady motive. I don't know why I associate him with that feeling, I can't even name one show in particular where he's like that.

Anyway, I'm worried about the PD ;____; I loved 49 Days but I remember Wanted was surprisingly chill (in a bad way) for a "thrilling" premise.

Yoon-ah has been my favorite actress since on air and hotelier. She’s the best in K2. Not just her great acting, but her elegant+classy beauty is underrated too. Korea should give her more love.

if i was k2's writer, k2 wouldn’t be blind and fell for her instead. Anna would have a small little role with one-sided love till the end. (haha) K2 and yoojin would develop complicated relationship and he would try to change her. just like in secret love affair, It doesn’t matter if it’s not happy ending, but at least they could show some hidden love for each others from time to time. (no more cheesy romantic scenes with anna but more like under sprinkle water and umbrella one, yes!!)

i'm glad if she come back. but i need a decent male lead for her too.

Pls dont show your stupidity by writing nonsense comment, yoona snsd still in school while song yoon ah has been leading lady in hotelier, she is one of most respectable senior actress in korea, make research before comment

I think you must have misunderstood something here. I see most posters did not like the character Anna because of the way she was written, NOT Yoona the actress herself. I liked Yoona as a singer and her personality is great, and did what many of her previous dramas, and especially really liked her in Prime Minister and I. In K2, I think her acting is OK for what she was given, but her character is not very interesting compared to the others.

So many people have compared the main character in 'Misty' to the villainess of K2 that I'm sure that was what thrust Song Yoon-ah back into the spotlight.

Kim So Yeon has received the offer to play the surogate mother. Song Yoon Ah and Kim So yeon will be great together. I can`t wait to watch the drama.

Wow both will be double combo for this drama, both my most fave actresses, producer nim please make it come true

The leading men will be Kim Tae Woo (who will play Song Yoon ah`s husband and a police chief) and Song Jae Rim who will play a homicide detective.

From what I read, Soyeon will not play a surrogate mother, a woman who gives birth to a child for another family, but a "academic surrogate mother', a caretaker for teenagers preparing for the college entrance exam.