Night-to-day transformation in Melo Suits Me 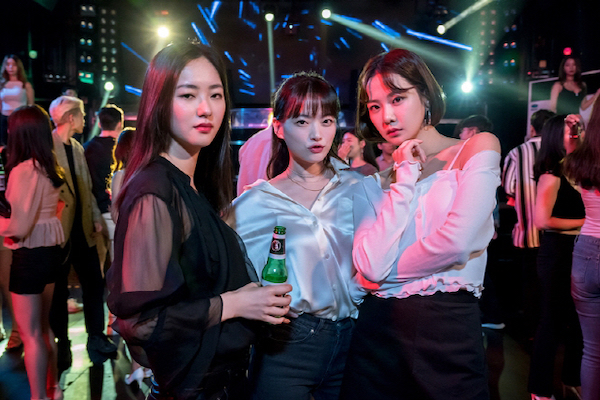 Upcoming comedy Melo Suits Me has released new promo stills that show their protagonists as they undergo dramatic transformations from sexy in the evening to innocent in the daytime. Chun Woo-hee (Argon), Jeon Yeo-bin (Rescue Me), and Han Ji-eun (100 Days My Prince) star in this new drama about three girlfriends in their thirties.

Chun Woo-hee plays a screenwriter who has sworn off melodramas. Jeon Yeo-bin plays a documentary director with a hit project; who is deep in the midst of an unrequited love affair. Finally, Han Ji-eun plays a working mom whose life is “more dramatic than a drama.” Somehow, they end up moving in together, and a whole bunch of hijinks are supposed to ensue.

The production team said, “From the first filming, Chun Woo-hee, Jeon Yeo-bin, and Han Ji-eun had chemistry with each other, as if they were already best friends. They really brought Director Lee Byung-heon’s script to life and threw themselves fully into their respective roles.” Continuing, the team said, “The actresses will portray the whole gamut of emotions, from big to small and their story will feel like a real, fully realized friendship. We want our viewers to feel like they’re at a party where you’ll feel like you might die of laughter.”

JTBC Friday-Saturday drama Melo Suits Me will begin on July 26.

this looks great, i hope it's as promising, fun, and progressive as it seems!

i love how all of them are filmmakers (or in media) basically, it's awesome

Yes for a change, also they successfully got a job in media (unemployed cries in Korean lol)

whew i feel that struggle LOL esp for a documentary filmmaker.

(good luck to all of us unemployed people, and may the korean youth currently facing Millenial Issues find a job SOON)

Unlike my country, Korea has quite a big entertainment industry with movie, dramas, variety, documentary all having their own specific realms and departments so I hope talented youth their has quite a chance. But fingers crossed and prayers for everyone looking for a job.

dk where you're from but they do! in the US we do too. but finding an in can be quite difficult esp if you're part of minority groups. and making $ is so imperative to survival. i hope the same!

I don't think I have ever watched any of these actresses in any project before, but a nice group of girlfriends is one of my catnips. I will give it a try

chun woo hee is awesome in the wailing (she plays like...a prophet-esque character) and i didn't finish argon but she's pretty good!

jeon ye-bin has a part in rescue me s1 that isn't huge but you get a feel for her, she's decent too.

So it looks like the friendships between the women will be the core of the show. High hopes.

Huzzah for more female lead dramas. I'm excited and I don't know any of these actresses.