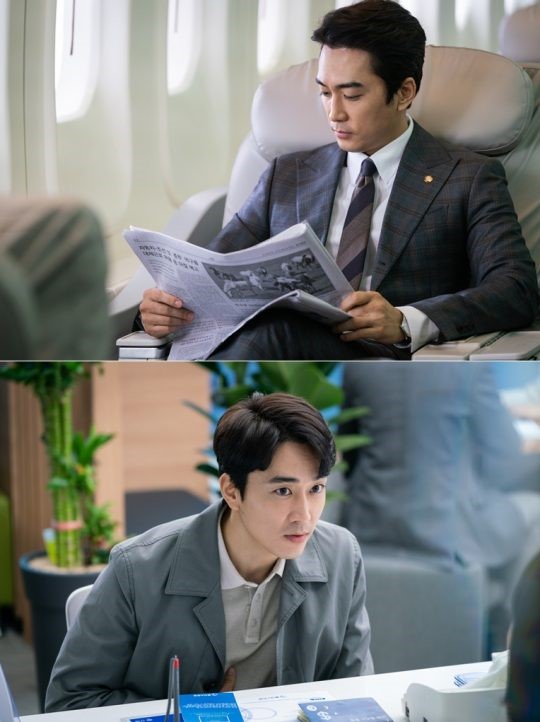 The story of The Great Show follows Song Seung-heon’s character, Wie Dae-han, who once sat as part of the National Assembly. In the early days of his career, he had been more honorable and worked towards creating a just society. But circumstances with his family background lost him favor and he was forced to give up his political career. However, when 4 troublesome children suddenly show up at his doorstep, claiming to be his sons and daughters, he decides this is his second chance to clean-up his reputation by taking on the role and image of a father. And he puts on a great show, spinning the situation to his favor, in order to re-enter the political field.

In the newly released stills of Song Seung-heon, we get a peek at this image flip that the character makes.  In the first photo, he reads a newspaper on a plane, polished and suited, and pinned with the special gold badge worn by members of the National Assembly. And, in the second photo, he sits in front of a teller, dressed casually and having the appearance of a humble everyday man and father. 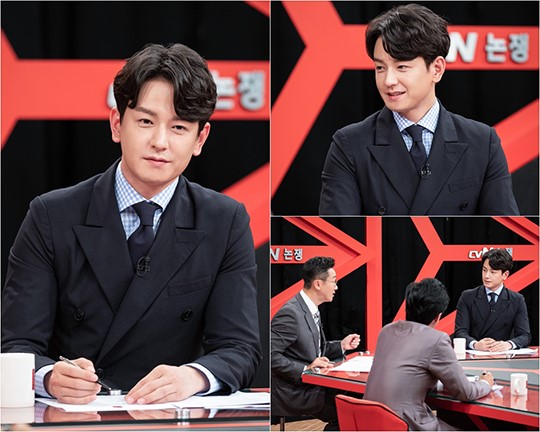 In contrast to Song Seung-heon’s work-from-the-bottom-up character, Im Joo-hwan plays a lawyer and social commentator by the name of Kang Joon-ho who was born with a silver spoon. In his photos, we see Im dressed in a modest suit and in commentator mode for a show.

Ranging on the conservative side, Im Joo-hwan’s Kang Joon-ho is a rational thinker, well-informed on a wide scope of topics, and is eloquent and orderly in the way he speaks. His normal demeanor is gentle and warm, but he also has a tendency to become more assertive in matters of love and war. This is particularly evident with his long rival of 21 years – Wie Dae-han – and their rivalry is further complicated, of course, by Lee Sun-bin playing Jang Soo-hyun. 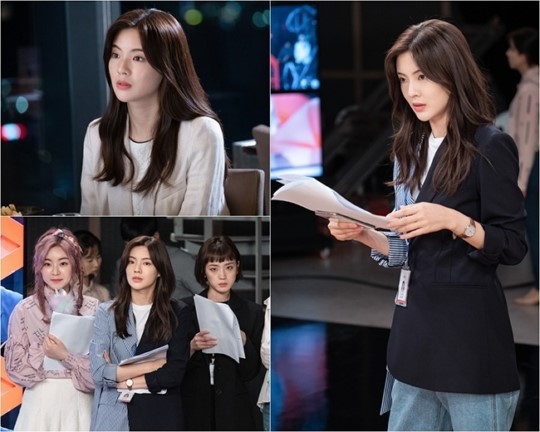 Lee Sun-bin’s Jang Soo-hyun is the head writer for a show on social issues and the released stills feature her on the scene at work.

She takes pride in being great at her job, is a perfectionist, and continues to work hard in her career. She is still very much human, though, and her fiery personality often leads to confrontations. But her life is thrown off course when she unexpectedly runs into her first love – Wie Dae-han – because she never wanted to see him again. And, against her will, she becomes entangled with both him and the mysterious 4 children.

Directing for the drama is PD Shin Yong-hui (Cross, Tunnel) and writing will be done by Seol Joon-seok (Ad Genius Lee Tae-baek).

On one hand, Im Joo-hwan in another drama! Yay! On the other, I don’t know if my heart can take him in another second lead role this year. *Tears*.

4 "surprise your a dad" children that he didnt know about?

I'm guessing they are not his, but it would be kind of funny if they are.

Okay, this sounds so much like fun! 4 children!
And how old are these kids, it will be just amazing to watch them cause havoc! Bwahhaha!

You got me at "4 troublesome children suddenly show up at his doorstep"!!! Really, not one but four?

when was he getting it on like that for 4 kids he's a lil young. anyways not the point; this looks AMAZING. wow

wait im gonna be that girl and say er he's old(er) and she is not. so let's hope that goes nowhere.

Sound like an adorable drama😻Btw Roh Jeong eui gonna play oldest (18 year old) of the 4 siblings. from synopses their mother pass away from a hit and run accident. So this seems to be the catalyst for her knocking on supposed dad door.

I'm imagining Song Seung-heon being all flustered with the kiddie antics. This could actually be funny.

He is absolutely adorable in romcom. This man should never do a dark drama. He should be all light and fluff because he's an absy god in a fluffy towel. Db, I remember your pics of him, you used to devote pages to his glory in Oh Snap.

I mean, I can understand not knowing about one kid, but how do you miss four of them? Someone needs to talk to him about *ahem* precautionary measures.

It looks fun. I think in the first article about this drama, it was about his siblings not his children... I'm curious now.

This reminds me a bit of the 2008 movie SCANDAL MAKERS.

If THE GREAT SHOW is even half as funny as BEAUTIFUL NIGHTMARE, it will be a blast. Song Seung-heon was very funny in it. Now with twice as many kids. ;-)

It reminds me Stars Falling From the Sky with Kim Ji Hoon seing Choi Jung Won living with her five siblings in his house and the little boy ending up sleeping with him in his bed :p

@kurama,
Thanks for reminding me of a couple more dandy vintage dramas with offbeat families. <3 <3 <3

STARS FALLING FROM THE SKY / PICK UP THE STARS / WISH UPON A STAR is a great drama with a gazillion siblings named after the colors of the rainbow. The little squeaker in the footie PJs whom you mentioned was Pa-rang (Blue), IIRC. Added bonuses: Shin Dong-wook as Kim Ji-hoon's brother, and Lee Kyeon as their wild and crazy nephew (from America, as I recall). Yang Joo-ho turned in a touching performance as the local grocery ajumma's mentally-challenged son. (He played the female lead's aspiring actor brother in SOULMATE, also with Shin Dong-wook.)

I think I watched PICK UP THE STARS around the same time as FAKE FAMILY SERVICE / BAD FAMILY. The drama deals with "rental relatives" who turn into a family of choice while helping a child accident victim recall her memories that were wiped out along with her family. Blood may be thicker than water, but conscious intent trumps it.

I don't remember very well this drama (9 years, it's long) but I know that I really liked it. And I loved Pa-Rang, he was so cute!

Wow. Two of my fav actors in the same show. Hand towel and Im Ju Hwan. How on earth can Im Ju Hwan be a second lead? Tamra! Parkyu! Sacrilege! He'd knock the socks and towel off his co stars. I do love SSH, but he has to do rom com. He's charming in My Princess, he kept that eye rolling and head tilting under tight control, and he was just lovely. But - and that's a heavy But - if there are any angsty scenes, lord help us. Be prepared, is all I have to say. Be very, very prepared.

On a side note, I'll be playing the 4 sons. Excited about it, because
1. I'll be playing a male role.
2. I'll be playing 4 characters at one shot. Maybe I'll be playing quadruplets. Or two sets of twins. Or 4 single guys. Or kids. Wait. I'm confusing myself.
3. These will be my first cameos of autumn. Wish me luck, guys. I hope I won't steal all the glory - not to brag, but I do have a tendency to outshine the stars.

LOL @yyishere, I see you've already progressed from writing the scripts to making your presence x 4 felt!! Yes, I wish you all the best as you try to figure out which male role you'll be playing. I gather that some of the 4 kids are daughters, therefore you only have to contend with maybe 1 or 2 male roles? 🤪 That will simplify your job but will reduce the salary. 😂

My dear @yyishere, this is indeed good news but if only all this hard work could help you level up! It stinks that you will be, alas, 4 errand boys 😉 I look forward to your performances!!!!

@yyishere,
It sounds as if you may actually be playing mixed doubles because daughters are mentioned. ;-)

Seriously though, I'm tickled to bits to learn of your upcoming roles. It could be a truly worthy challenge if they range in age from babe in arms to toddlers to surly adolescents.

Wow @yiyishere it’s like you’ll be taking on the Park Hae Jin x 4-roles drama that never happened. “I’m rooting for you” 😄

this sounds like fun!and i love the handtowel in comedy!