Find Me in Your Memory

A news anchor has the ability to remember every minute detail of his life. Because of this, he is unable to forget the death of his lover. When he meets an actress who can't remember her past, the two clash at first, but soon find they have the same tragedy in common.

A news anchor has the ability to remember every minute detail of his life. Because of this, he is unable to forget the death of his lover. When he meets an actress who can't remember her past, the two clash at first, but soon find they have the same tragedy in common.

Kim Dong-wook, Moon Ga-young cast in Memoir of the Man 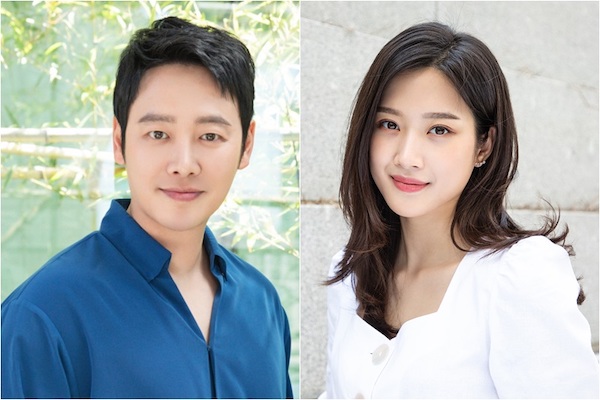 Memoir of the Man has cast Kim Dong-wook (Special Labor Inspector Jo, The Guest) and Moon Ga-young (Woohoo Waikiki 2, The Great Seducer) as its leads. This melodrama depicts a romance between a news anchor who has hyperthymesia, a condition that gives him super acute memory of every moment in his life, and a controversial rising star who has lost a chunk of her life due to memory loss.

Kim Dong-wook plays the Nation’s Anchor of the next generation, who has a condition that never lets him forget a moment in his life. The condition means he’s always remembering every second of every day of every year. He’s handsome, fills out his suit perfectly, and has gentle manners to match. However, the moment he’s on air, he changes into a ruthless truth machine that attacks with facts, no matter who the target is.

Moon Ga-young plays a filter-less scandal-maker whose mere presence leads to number one in online search results. Her social media is filled with her completely unfiltered thoughts, and as a result the public is highly engaged in her activities.

Tags: Find Me in Your Memory, Kim Dong-wook, Moon Ga-young

To me it doesn't look that interesting -_-, although i like Kim Dong wool, i will safely pass. I m in no mood for news anchors.

We'll see about that

@noobita he's an anchor , you'll get to listen to his velvet voice

Kim Dong-wook is coming back!! I'm happy he's playing a character who is described as "handsome" and "fills out his suit perfectly" because his past two roles really put him through the wringer.

I find these polar-opposite pitches so funny.

"So basically, this guy has a great memory. And do you know what the twist is? His girl LOST her memory!"

Who needs their own memory when a guy like that can remember it for you?

Hahaha, that's one way of looking at it!

No other MBC drama until then ?

This sounds so interesting!!! Maybe it will bring me out of C dramas back to K dramas :D

I can't believe I still remember him from Dandelion Family. He was so cute there though lol

Thanks for the casting news for Kim Dong-wook, @tineybeanie. I've been looking forward to a happier role for him that is 100% free of evil discarnate entities.

Here's hoping that the melodrama is kept to a low roar. While I'm ecstatic that Kdramaland seems to be giving prosopagnosia a rest, I'm wary of the combination of hyperthymesia and memory loss. The movie A MOMENT TO REMEMBER was a deluxe tearjerker because of early-onset dementia -- so combining memory loss with another party's ability to recall everything that has ever happened to them is a recipe for unremitting pain. I couldn't bring myself to watch REMEMBER—SON'S WAR with its one-two punch of hyperthymesia and Alzheimer's after watching my Mom lose her battle with the latter. Fingers crossed that I'll be able to enjoy MEMOIR OF THE MAN. ;-)

10 egads aka Dame Maggie of the Liberation Club

@egads,
You and me both. I was thrilled out of my shoes to learn that Shin Dong-wook will be playing a bona fide surgeon in ROMANTIC DOCTOR TEACHER KIM 2.

Have you considered medicating with CLOUD STAIRCASE while waiting for the new show to premiere? Watch 16 episodes and call me in the morning. ;-)

Oh, I missed that news. I guess I'll have to put RDTK2 on my list.

I'll check it out.

Love them both but it’s creepy with their RL age difference. 13 years is a lot. And they look their respective ages.

Scarlet Heart was not my fav. And I absolutely loathed Goblin. Goblin mostly for the age difference. Sorry...

The age difference in Goblin wouldn't have mattered this much if they hadn't insisted on her remaining a schoolgirl till the end.

Yes! ‘Let’s bring her back in a school girls uniform’ ewww!!

Lol, your profile picture even matches your reaction. 😂
@coffeprince4eva

I give this one a strong maybe.

So Moon Ga Young’s character will essentially be a mix of Chun Song Yi (albeit, no one—absolutely NO ONE— will ever fully be THE Chun Song Yi except Jun Ji Hyun ❤️❤️❤️) with her character in “Tempted” (forgot the character’s name) but less vindictive 👌🏻👌🏻 Okay....
I’m just glad that Moon Ga Young will be back in dramaland 🙂🙂

Yay, Kim Dong-wook! But a melo on a major network. Hmmmmm...

That writer though. She wrote Duel and worked with Song Jae-jung in QIHM and Nine. That's a plus, right?

I'm curious about casting sometimes. I like the both actors and I don't really care about difference of age but between this one and Nam Ji Hyun and Lee Joon Hyuk, it's not pair I would have imagined. It's not like they were lacking younger actors or older actresses.

Aw, I like these two. Didn't watch their previous dramas, but hope this one works out well.