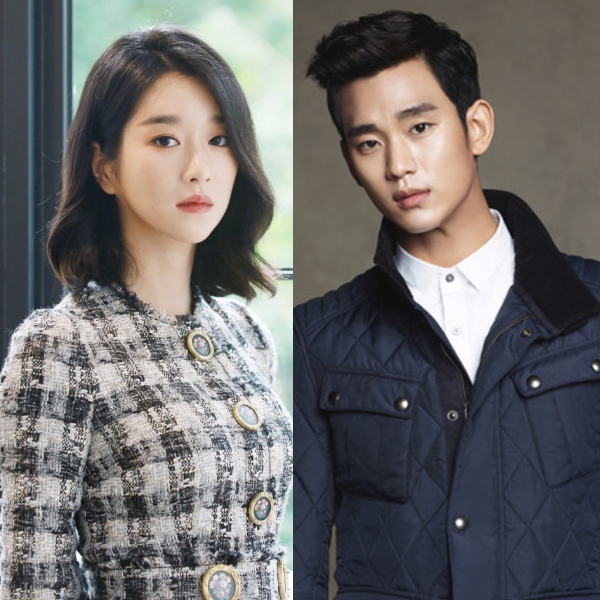 Yaaas—my oppar is finally back from the army and back at work! It’s been recently confirmed that Kim Soo-hyun (The Producers, Real) and Seo Ye-ji (Rescue Me, Lawless Attorney) will be starring in tvN’s upcoming Psycho, but That’s Okay.

It will feature the healing story of romance between a psych ward social worker who rejects love because he’s been worn down by life, and an antisocial fairytale author who doesn’t know how to love due to a natural defect she’s had all her life. Kim Soo-hyun is set to play the gruff social worker, and Seo Ye-ji is set to play the popular author who’s been dubbed the Queen of Children’s Books.

I’m loving the main couple already. These two are phenomenal actors so I’m looking forward to having Psycho, but That’s Okay be my romance drama for the summer. (I hope the story leans more towards cute and fluffly than angsty.)

Tags: It's Okay to Not Be Okay, Kim Soo-hyun, Seo Ye-ji

Seo Ye-ji took her time to confirm it. The second FL has already confirmed it.

I'm happy with the casting :) and

Kim Soo Hyun is back in dramaland, youhouhou \o/

SYJ is a great actress and I like her a lot. But have much reservation about the plot... and not very impressed with the PD... a bit worried... I just hope KSH comeback drama to be a hit.

Even if I'm a big fan of the leads, the story is not specially attractive to me... It feels I've already seen this drama.
Of course I'll give it a chance, but... it's not a *wow* to me.

I don't love the premise, but I enjoy both leads so it's a maybe watch for me.

I am really not a fan of SYJ... But I'll watch the movie only because of Kim soo Hyun.

I love Seo-ji. She grew on me during that mess called "Hwarang."

Lol @kiara. Thank you. I forgot about Seo Ye-ji’s appearance in HWARANG as Princess Sook-myung. She was a highlight. One memory of HWARANG is Go Ara’s crying at the drop of a hat. “Enough already”! Anyway 2 alums are doing very well in one of my current favorites ITAEWAN CLASS: Park Seo-Joon and Yoo Jae-myung.
I loved SYJ in LAWLESS LAWYER. She kept even with the likes of Lee Joon-gi and Choi Min-soo.
This role for SYJ in PSYCHO suits her to a T.

I have only watched Seo Ye-ji in lawless lawyer and I liked her in it. I am neutral about writer-PD duo. It looks like Kim Soo Hyun back in drama is huge deal. I will tune in to see if hype is worth it.

Ooh, I have such mixed feelings about this. I like both leads, so I'll probably check it out, but the premise worries me (as does that problematic title).

Question for tineybeanie and anyone else who knows: what is the origin of spelling oppa with an r at the end?

I've seen it before numerous times, so I know it's not a typo, but an intentional spelling. But the word 오빠 doesn't have an r sound at the end. I'm Korean, I have an older brother and older guy cousins so I've used this word all my life. There is no r sound in the word oppa.

Is it the way oppa is pronounced in a particular country that adds the r sound, and it's people from that country that spell it as oppar? Or is it a play on another word, a reference to something?

It's a joke (in reference to something I can't remember)

i think the way people pronounce it (not korean) and just used in a hyperbolic way. not only to make fun of koreaboo stuff but also like, being so obsessed with an "oppa" but being too dickmatized to realize flaws lol. no play on english words AFAIK

"Dickmatized" is now my favorite word. Thank you.

Yep, there is no way I'm not watching this. I love these two separately and am excited to see them come together!! Squee!! They finally confirmed!

I love both leads and look forward to it. A mental illness/healing drama can be really good if done right like It's Okay, That's Love. (Maybe they should change the name cause I'm already drawing parallels.)
However, I hope her natural defect doesn't mean a literal/physical inability to love cause there's no way to heal that. I hope she's not the "psycho" in the title.

I love these two actors.

Since I love both actors, this better be good or be a crack. There should be no in between.

2020 dramas did not disappoint me (from what I've seen as of now) so I am hoping this one wouldn't disappoint too.

Kim Soo-hyun!! The cameos in Hotel del luna and CLOY were not enough for me so I'll be watching this.

The epilogue in Hotel del Luna whetted my appetite for a Kim Soo-hyun drama. And together with Seo Ye-Ji (who I loved in Lawless Atttorney)....I am giddy!

Oh, how I wish his comeback project is Hotel Blue Moon, that one minute cameo was so intriguing. Kim Soo Hyun always transform himself with each character he plays, really curious what his health care worker role will be like.

I was transfixed. I remember actually shouting out loud when I realized it was him in the cameo (I had no idea it was coming).

HIGHLY RECCOMMEND everyone watch the first season of Rescue Me for Seo Ye-ji. Somewhat excited about this, story seems okay though...

one of the coolest female characters ever

It's great to have more dramas with close age co-stars. If the premise were better this would be a CLOY level hit right off the bat. Hoping the writing is better than the writers previous works which were pretty bad.

Yippie for oppa being back. The Storyline, PD and writer don’t sound too promising though - but what do we know... these days I like to be proven wrong :)

It's been so long, and I've missed him so much. That's why I enjoyed the two cameos he appeared in not so long ago

not feelin it but seo ye ji is a force. hope we can see her in more

Compared to Lee Min Ho's comeback drama, this seems a bit.. err.. I don't know how to say it. Lee Min Ho's "THE KING: ETERNAL MONARCH" seems to be such a powerful title and drama compared to "PSYCHO, BUT THAT'S OK" :D. Well, we'll see then. I sincerely hope Kim Soo Hyun's psycho drama will beat the king though hahaha