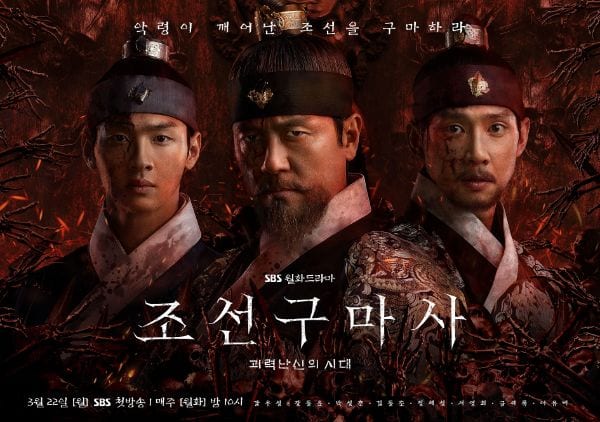 New stills and a poster for upcoming drama Joseon Exorcist have been released. Featuring Kam Woo-sung (The Wind Blows) as a Joseon’s monarch, the story is an interesting mix of history and fiction, centered around the evil spirits driven by the greed of mankind and the people that try to protect Joseon from being swallowed whole by those spirits.

The text on the poster reads: “Exorcise Joseon, where the evil spirits have arisen.” Kam Woo-sung plays King Taejong who encounters these evil Western spirits for the first time when making his rounds in the northern territories in his early reign. He successfully seals the spirit Azazel away, but years later, the greed of the Joseon people drive its evil rebirth.

Jang Dong-yoon (Tale of Nokdu) and Park Sung-hoon (Memorials) play Taejong’s sons who have completely opposite personalities. Park Sung-hoon plays the haughty Grand Prince Yangnyeong, who is secretly afraid of not measuring up to his father’s expectations despite his efforts. It leads to a mad anxiety, especially given Taejong’s stated intention to leave the throne to his most competent offspring. 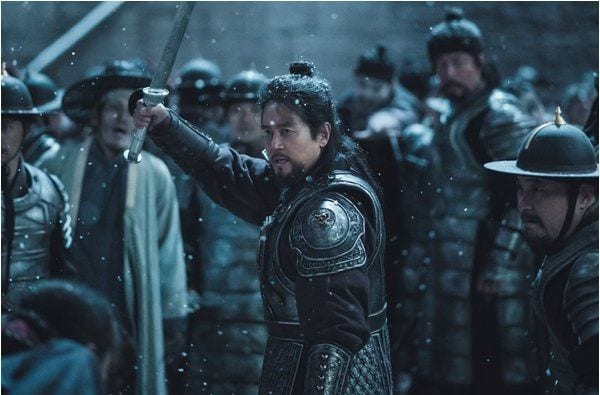 On the other hand, Jang Dong-yoon plays the scholarly Prince Chungnyung (who will later become Sejong the Great) who always seems to have his head in the clouds, until events happen that lead him to be concerned about the evil spirits taking over Joseon. Also part of the royal family are Ahn Kil-gang (Tale of the Nine Tailed) and Baek Sung-chul, playing the Min brothers who also protect Taejong. They are the younger brothers of his wife, played by Seo Young-hee (Nokdu Flower).

In the recently released stills, Choi Moo-sung (Forest of Secrets) holds a holy cross in a battle scene. His character, Mak-chi, is on Taejong’s side and David McInnis (Kill It) is like a father to him. 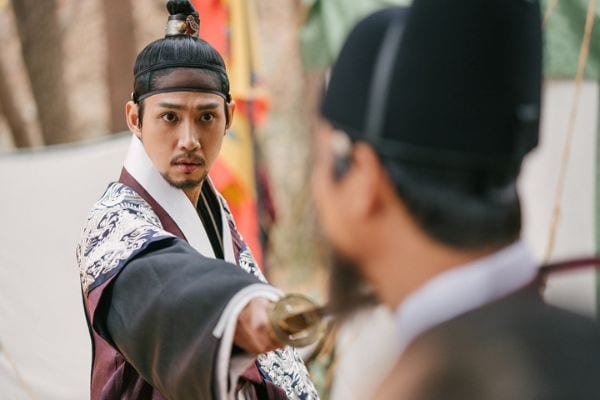 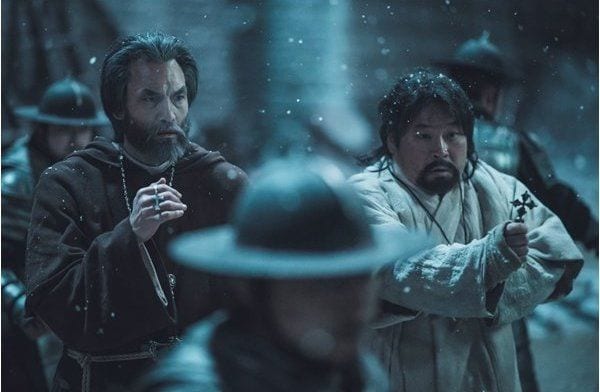 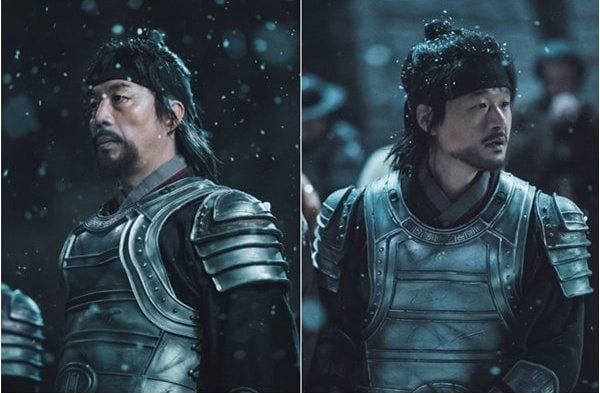 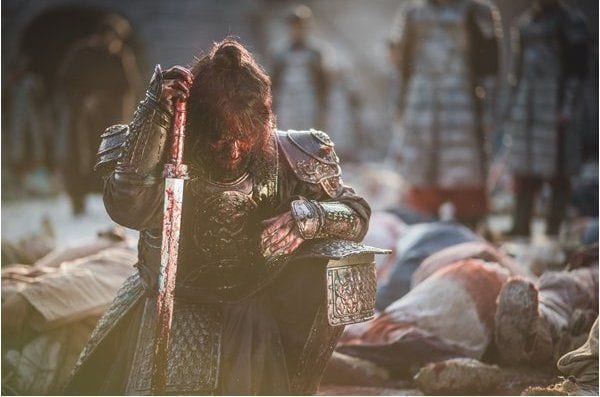 So 2021 is the year of sageuks but for now, I'm kinda disapointed... It's the same author than Mr Queen, that I liked even if I think they could handle better the switch of personalities. So it's a good news and I like the actors (Park Sung-hoon why did you become a villain so fast after Into the Ring >_<)

I've only seen "Sword in the Moon" (film) from this writer. He seems to stick to basic when adapting from the primary source so I think he'll be ok.

Joseon is tiring but this PD Shin is super! I see some of his faves from "Nokdu Flower" and it's good to see Kam Woo-sung back in a sageuk.
PD Shin is pretty much familiar with this specific timeline since he was one of the directors of "Tree With Deep Root" and "Six Flying Dragon."
He has a neck for actions so I'm expecting it to be done well here.
So yes I'm all in for this PD because he hasn't let me down.

"On the other hand, Jang Dong-yoon plays the scholarly Prince Chungnyung (who will later become Sejong the Great) who always seems to have his head in the clouds."

Yi Do was not groomed to be king from an early age since he was the youngest prince so it's nice to see his carefree years before he became king.

the story is an interesting mix of history and fiction, centered around the evil spirits driven by the greed of mankind and the people that try to protect Joseon from being swallowed whole by those spirits.

Wouldn't an accurate mix of history & fiction have the evil greed-demons win?

"Western"? So it's all our fault? Koreans didn't have enough greed before us Westerners showed up?

From the minds of men in funny hats and a ruthless ruler of a newly established Confucianism nation.
Foreigners' religious beliefs/teaching were seen as a threat (evil).

I loved that as well. Of course they’re “western” spirits.

Should I expect suit-wearing spirit? 😆

I'm willing to give this a try... as it's been a while since I saw a serious saguek (even fantasy-based) that kept my attention. I loved Mr. Queen for the comedy but I do kind of miss the "Six Flying Dragons" feel of saguek where it's bloody, high drama, and gripping.

Haven't finished Mr. Queen yet (needs to find a drive to get until finish line 😩).
But 6 Flying Dragons is setting the sageuk drama so high (same par as Dae Jang Geum, TWDR and DongYi), so today's drama would be so hard to achieve that kind of standard again.

I'm all in. i love saeguks. each one is a new adventure depending on how the writer and PD treat it. different actors give it a different flavor. i like learning about history.

That's why I love sageuks. When it's done right, it inspires us to look up the actual history.
I've learned so much about Korea from watching so many sageuks.

Why is Park Sung-Hoon so good at switching back and forth from romantic lead to scary evil villain? LOL I guess he's going the Namgoong Min route?

When I saw the trailer, it kind of seemed like a Kingdom knockoff but I think it could still be unique and fun.

Knowing that the director of Six Flying Dragons is onboard has certainly piqued my interest in this sageuk. These stills are already making things look quite interesting.

We might get some good ost to add to our playlist.