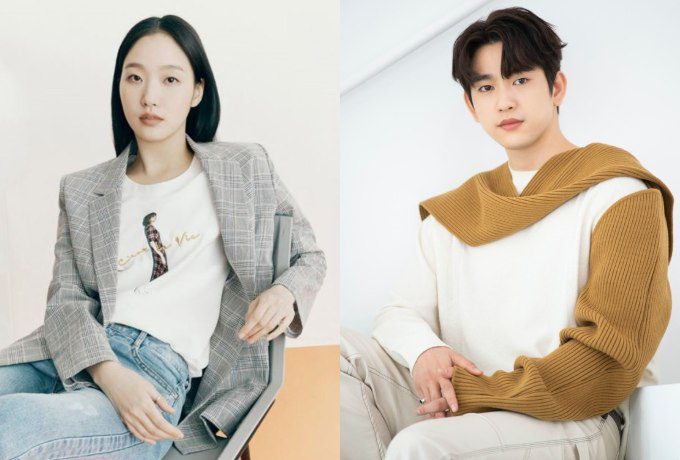 The project is an adaptation of the original webtoon of the same name, about an ordinary office worker named Yumi (played by Kim Go-eun). What makes it interesting is that sometimes the story’s POV will switch to what Yumi’s cells are thinking, as they strive for food, sleep, and love. The production team has hired LOCUS, a specialized film animation company, to help Yumi’s Cells come alive.

Jinyoung has been cast in the role of Bobby, a co-worker at Yumi’s company, who works for the marketing department. He’s considered one of the top two most handsome men at the company (the other being Choi Min-ho’s character). With his warm smile, he causes spring to bloom in the hearts of all his co-workers. Bobby is perfect inside and out: beautiful, intellectual, polite, and gentle-mannered. Thus, he’s considered the most popular man in the company.

Directed by Lee Sang-yub (Shopping King Louis) and co-written by Kim Yoon-joo (Find Me in Your Memory) and rookie writer Kim Kyung-ran, Yumi’s Cells will air in the latter half of 2021 on TVING and tvN.

I look forward to this.

This sounds a bit like Inside Out. Hope it's just as good.

I will definitely give it a chance. Jinyoung just adds a little extra incentive!

I will definitely check this one out.